Continuing our rundown of the KHL’s top players in each position. 12 seasons, 12 players. Today we climb to the top spot in D-men rankings with the prolific offensive defenseman Kevin Dallman.

A legend for Barys, Kevin Dallman started playing in the Kazakh franchise since the inaugural KHL season, back in 2008-09. The native of Ontario, Canada, took the league by the storm and posted his best-ever performance with 28 goals and 58 points in 53 regular-season games — one of the few D-men to ever travel at over one point per game in the KHL’s history. His 28 goals are still a record, and only Deron Quint managed to net more than 20 in a season when he bested the opposition goalies 21 times in the 2010-11 campaign.

Dallman kept on racking up points for the Kazakh franchise, although his top-notch contribution never translated into playoffs success for Barys. In the 2012 offseason, Dallman opted not to return to Barys and signed for SKA St. Petersburg instead. 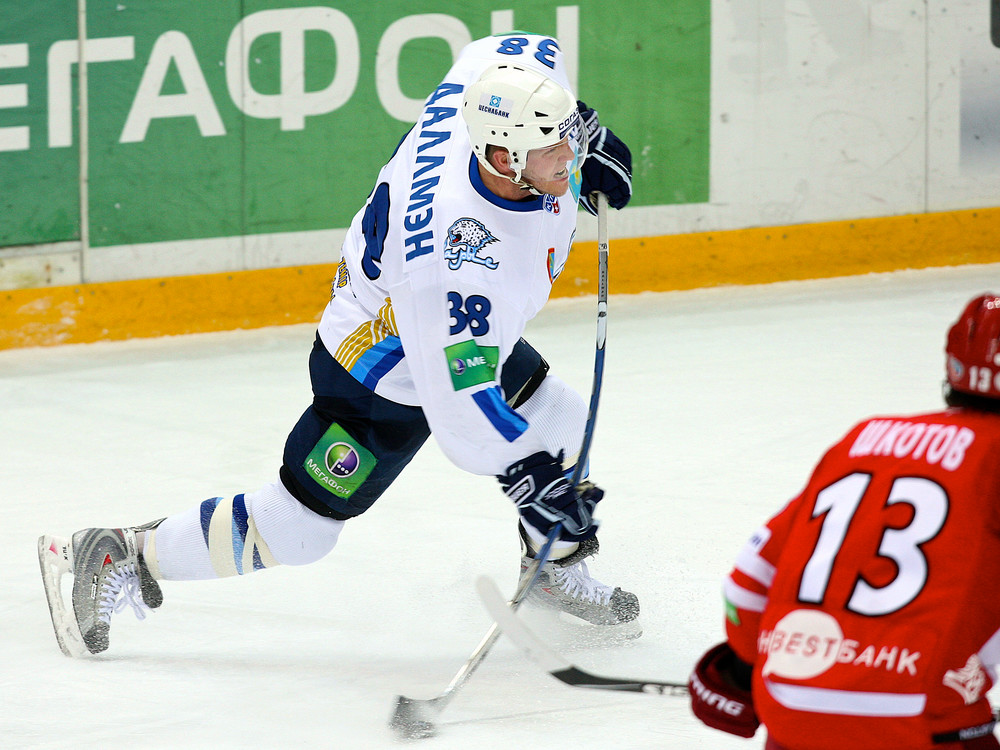 Dallman’s first season with the Armymen was a highly successful one from his point of view, adding 51 (19+32) points to his KHL loot. Still, SKA had to surrender to the eventual Gagarin Cup champion — Dynamo Moscow — in the Western Conference semifinals. In that same year, Dallman received Kazakhstani citizenship and started playing for the Kazakh national team at the qualification tournament to the 2014 Sochi Olympics. He will also skate for Kazakhstan at three IIHF World Championships of different levels. His second year in the northern Russian capital was less successful, as SKA lost 2-4 to Lokomotiv in the Conference semifinals. After two seasons in St. Petersburg, Dallman decided to sign back with Barys. 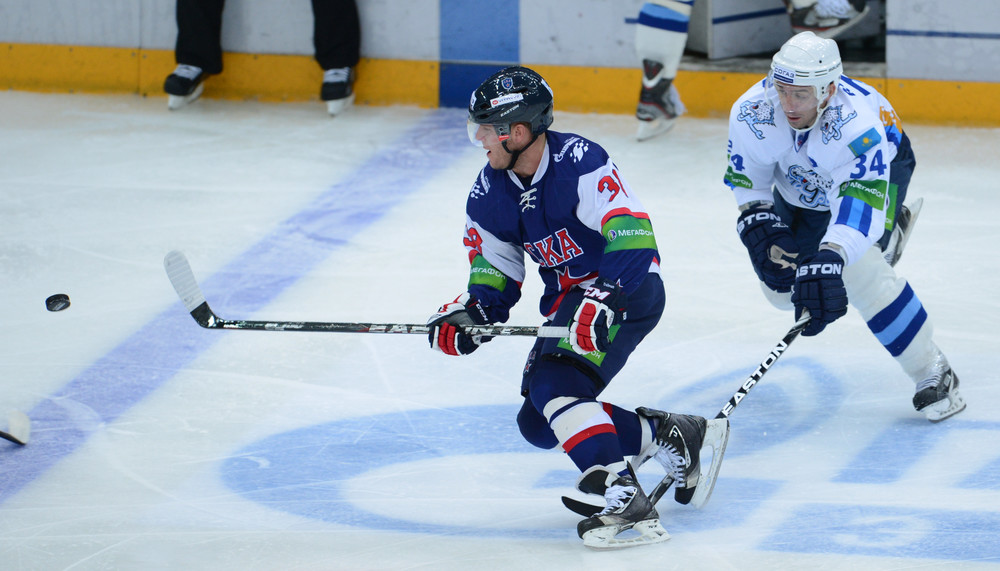 The Ontario native defenseman will then play another five seasons with the Kazakh franchise, starting from the 2014-15 campaign, and getting to the playoffs only twice. To date, Dallman is one of the best players in the history of the league to never won a Gagarin Cup ring. Especially in the latter part of his career in Kazakhstan, Barys often wasn’t a competitive team and spent several years in rebuilding mode. In 2016-17 the Kazakh side had perhaps its best showing of that era, giving a good impression defeating Traktor in the Eastern Conference quarterfinals but losing 4-0 to Metallurg in the second round. In August 2019, after 11 seasons in the KHL, Dallman announced his retirement. 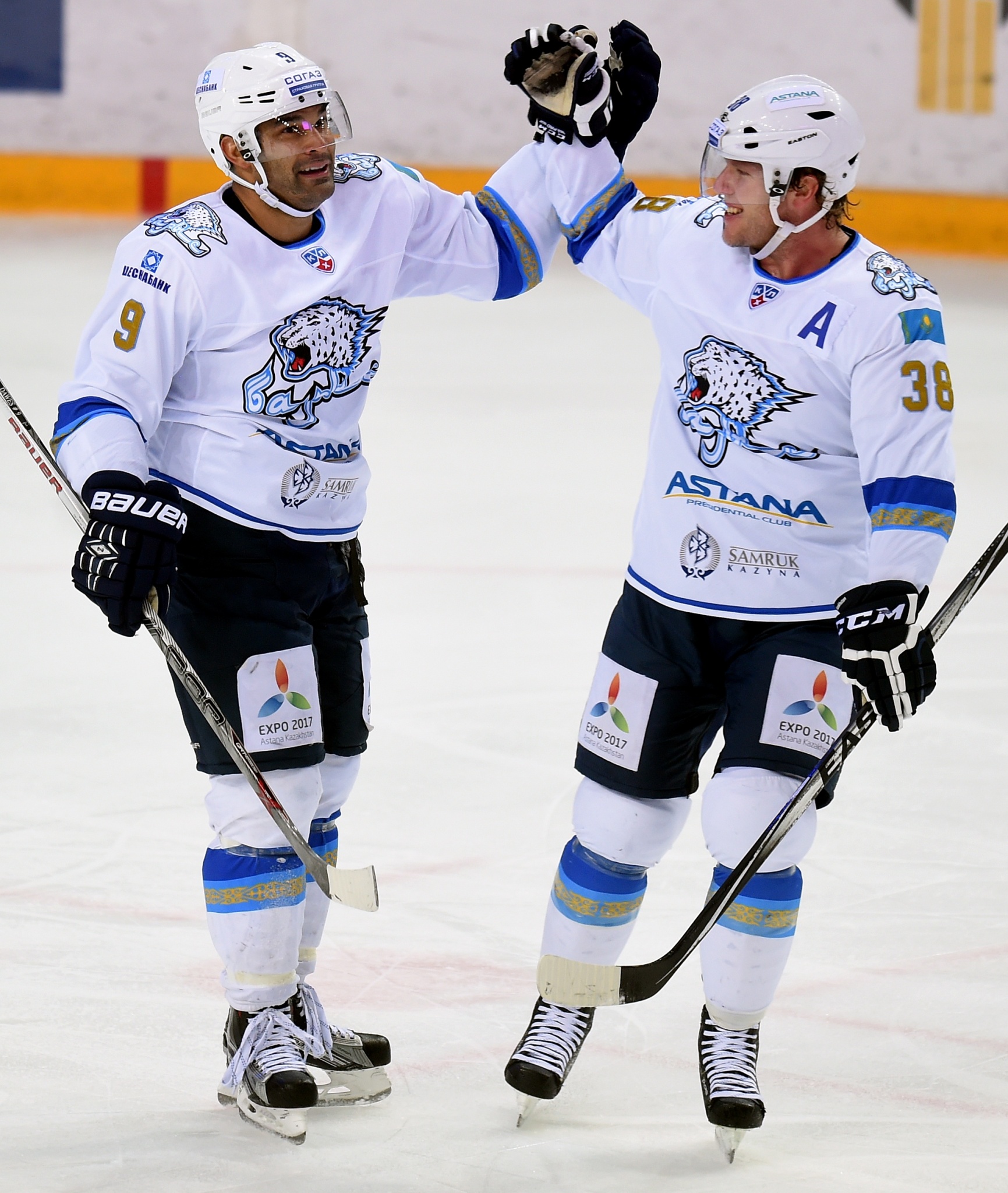 While he still holds several records for Barys and is one of the most prolific defensemen and import players in the KHL, the numbers tell only a part of the story. Dallman currently sits on the top of the top-scoring defensemen’s chart with 431 points. Just to give a good comparison meter, the next active player is Dynamo’s Juuso Hietanen, with 255. However, Dallman will always be remembered not only for his fantastic shot or his seven calls to the All-Star Game. The D-man conquered the heart of the Barys fans with his leadership abilities, patience, and will to represent Kazakhstan on the international scene. Dallman captained Barys in the first four years in the KHL, then served as an alternate captain for the rest of his career in Nur-Sultan. His consistency was also superb. If excluding the 2013-14 season, when he only skated in 29 regular-season games, he scored less than 30 points only in his last season, when he had 19 (5+14) points — numbers that many of his younger rivals could only dream about. Dallman remains an example of professionalism, leadership, and perseverance, and his status of Barys’ legend will stay in his team’s legacy for the years to come. 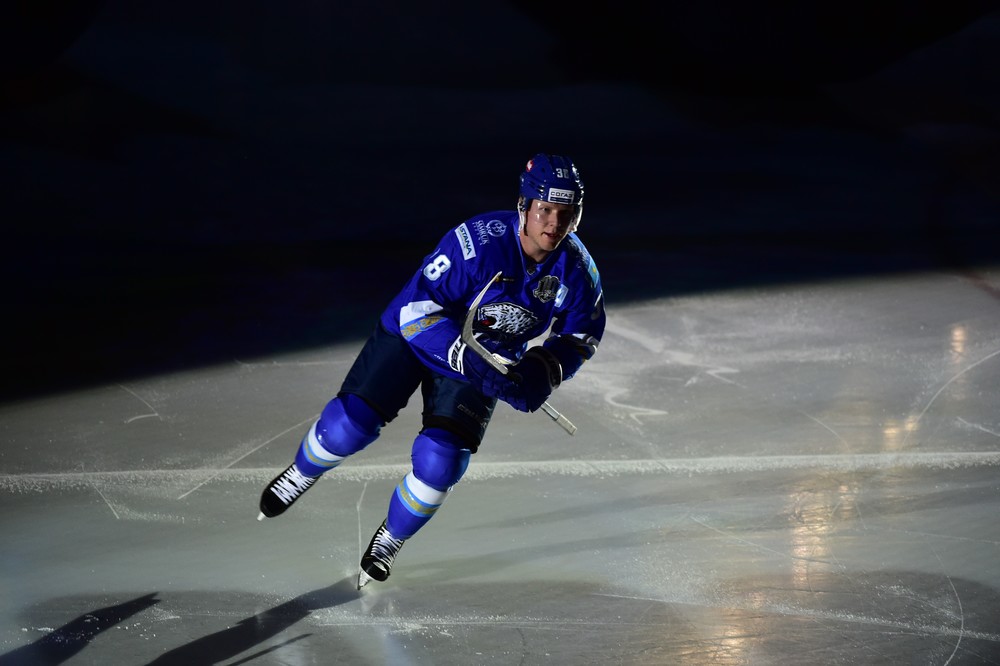