Sochi gets a new goalie, Torpedo starts signing players, Plotnikov starts a new chapter in his career, and SKA gets a top center. KHL.ru talks about last week's top transfers.

From HC Kladno to Torpedo

After raising some concern due to its silence, Torpedo finally announced the first signing of the offseason, inking the big-sized, Canadian D-man Brady Austin. The native of Ontario didn't have a particularly exciting career in North America; then, he moved to Europe. After playing in Denmark, Austin moved to HC Kladno, where he had a chance to play side-to-side with the great Jaromir Jagr and other former KHL players like Andre Lakos and Petr Vampola. Last year, he took the Czech Extraleague by the storm, and led his team in goals, assists, and points, and finishing in the top 10 scorers in the league. With Austin, Torpedo signed a large-framed defenseman who will shoot the puck a lot from the blue line. However, it's hard to predict how the towering Canadian will adapt to the new league.

From SKA to Spartak

The Finnish veteran didn't have his best season in St. Petersburg last time around, and he decided to move to Spartak for the 2020-21 campaign seeking perhaps a more prominent role and more time on ice. The 32-years-old forward had only 30 (15+15) points last year, his worst result in the KHL if excluding the 2011-12 season when he scored 26 (10+16) points, but playing only 25 games. Spartak is gathering a strong lineup for next year, taking advantage of the newly-imposed salary cap and picking up Roman Lyubimov from Metallurg. The Magnitogorsk franchise also had to part ways with several players to get cap-compliant. 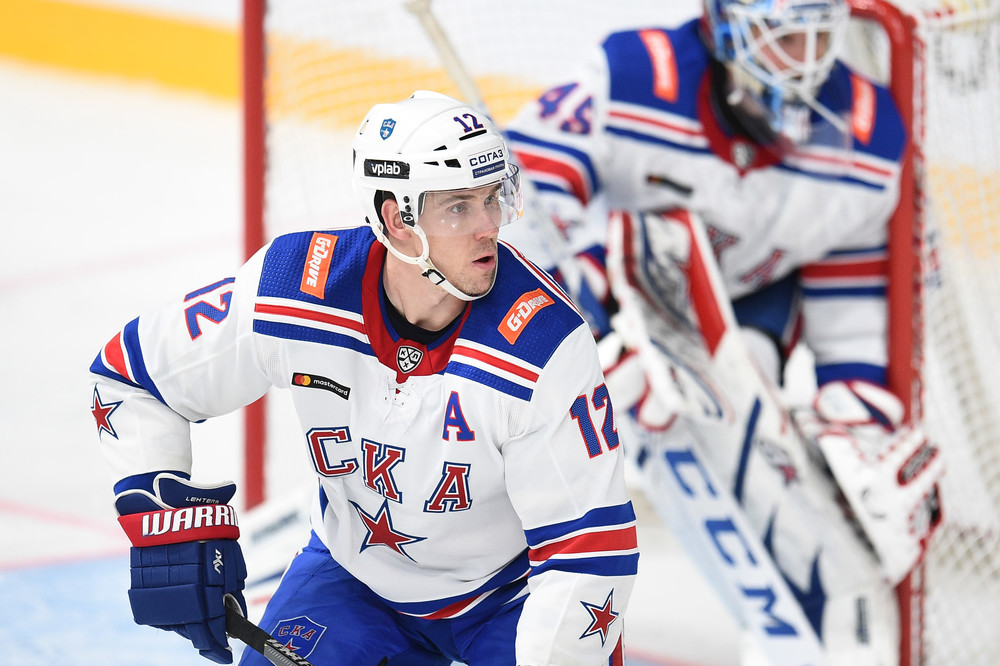 From HPK and Skelleftea to Jokerit

As the Finnish franchise keeps on strengthening its roster, two new defensemen joined its ranks from European leagues. Niklas Friman, a native of Rauma, captained HPK to a post-season qualification last year, and his versatility will be a welcome addition for Lauri Marjamaki. Jonathan Pudas is a more offensive D-man who had a breakout season with Skelleftea in the SHL. The 27-years-old blueliner was the third scorer of his team, amassing a career-high of 36 (13+23) points and helping them climb to the fourth place in the regular season. On the negative side, Pudas is pretty small, but he can compensate with his excellent mobility and firm competitiveness. Both players agreed to a two-year term with the Jokers.

From CSKA to SKA

CSKA Moscow seems the team who suffered the most the introduction of the salary cap for the next season. Among the lost players there is Linden Vey. The Canadian forward is regarded as one of the top offensive forces in the KHL as he amassed 143 (42+101) points in only three regular seasons. Signing Vey, SKA secured an excellent option in the middle, on a central axis that already features Miro Aaltonen and Joonas Kemppainen as imports. However, considering that the team also signed Bogdan Yakimov and Ivan Morozov will center the young guns' line with Vasily Podkolzin and Kirill Marchenko, it's realistic to think that at least one of them will be moved to the wing. 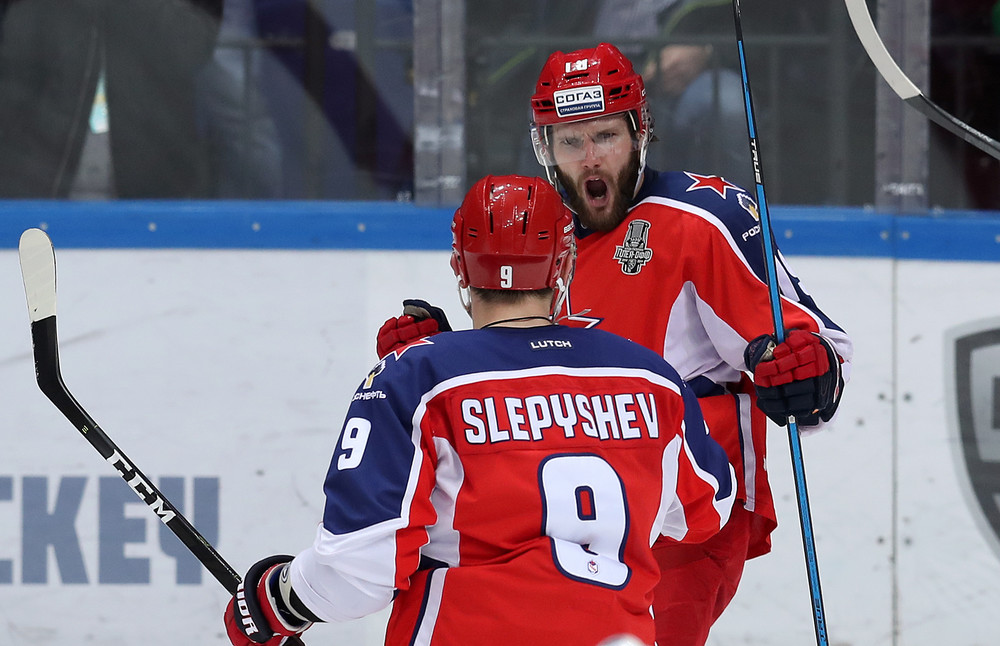 From SKA to Amur

SKA signed a fantastic player in Linden Vey, but as the saying goes, everything comes with a price. The Armymen had to part ways with several players, dishing out Nail Yakupov to Vityaz, for example, and trading Sergei Plotnikov to his native club. After spending the last eight seasons playing in Yaroslavl, St. Petersburg, and North America, Plotnikov will return home to Amur, where he played his first three seasons in the KHL. It will be exciting to see whether the Tigers will be able to return to post-season participation after receiving back one of the most combative players in the league, who demonstrated to be a real leader and a player who can often appear on the scoring sheet. 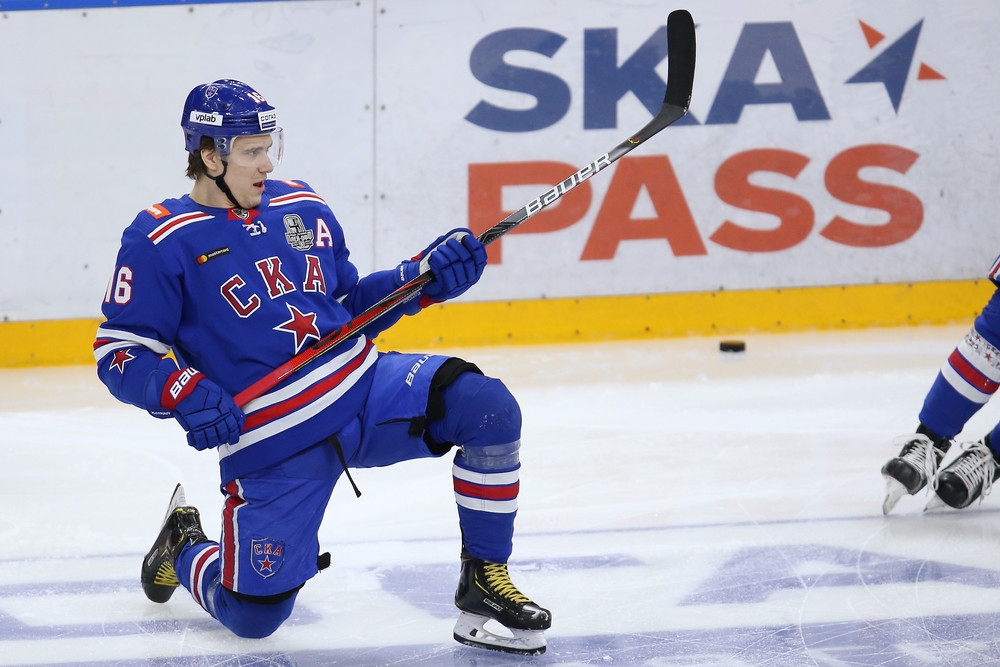 From Lulea to HC Sochi

Last year, HC Sochi gathered a good roster, but it was clear that, after losing Konstantin Barulin, they had a problem: inconsistency between the piping. This year, the Black Sea franchise hopes to solve the problem with Joel Lassinantti. The Swedish netminder spent almost his whole career in his native Lulea, excluding a few loan spells in the Swedish second-tier league. Lassinantti, a two-time recipient of the SHL Award to the best goalie, was in particularly great shape in the latest two seasons, posting a sub-2.00 GAA and leading the league with six shutouts in the 2019-20 campaign. Lassinantti's credentials and CV talk for himself. It will be interesting to check whether the Swedish goalie will be able to translate his SHL success in reliable performance for Sochi.