Jokerit took the points in a tight game against Amur

Stanley Cup-winning defenseman David Rundblad was a newcomer to Sochi this season, happily soaking up a sunnier average of 22 minutes per game after a challenging streak in Saint Petersburg.

The Lycksele, Sweden native was drafted 17th overall by the St. Louis Blues in 2009, logging 113 NHL appearances that included a Stanley Cup win with the Chicago Blackhawks in 2015. Rundblad made his KHL debut with a star-studded Saint Petersburg roster in 2017, where he remained until late December of last year. Rundblad joined a struggling Sochi as they clawed for position in the Western Conference, finishing just five points shy of a playoff spot behind Torpedo.

Sochi has played host to a number of Scandinavian imports over the seasons, and the preference appears to be strengthening. Swedish forwards Marcus Nilsson and Linus Johansson as well as Finnish winger Jere Karjalainen inked deals last week, joining Rundblad on the sun-soaked shores of the Black Sea. We caught up during quarantine about Sochi’s difficult season, his experience with player-favorite Oleg Znarok and more.

Gillian Kemmerer (GK): I tried to chat with you a few weeks ago, but you were somewhere without connectivity! Where were you hiding, or is it a state secret?

David Rundblad (DR): [Laughs] There is cell service, but it’s pretty bad! It’s a summer house in the forest. It was nice to be there, especially now when there’s not much else going on. Just stayed there and relaxed, took it easy.

GK: Sochi finished the season five points shy of a playoff spot. I know you were a newcomer, but can you pinpoint any specific weaknesses for the squad?

DR: First of all, I was happy to go there. Obviously I was happy to be getting more ice time because I had a rough patch in Saint Petersburg for a while. It was fun being in Sochi and playing some hockey. I think we played pretty well, and there were a few games that were decided by one goal. It’s hard to tell a specific reason, but we were a little bit unlucky. If we could have just gotten one point here and there, we could have made the playoffs. It was a tight squeeze for a spot. It wasn’t enough this year, but I am excited for next season.

GK: The team had coaching changes, not to mention a major injury to captain Nikita Shchitov. I have to imagine those were hard circumstances to weather.

DR: Yeah, [Shchitov] didn’t play at all when I got there. Sometimes it’s tough to be a player when the coaches change. Every coach has their own system that they want to play, and sometimes it’s tough when all of these changes first come in. It’s hard to adapt, but hopefully everyone is excited for next year and will forget this one.

GK: Speaking of coaches, you worked under the infamous Oleg Znarok at Saint Petersburg. In a recent KHL player poll, he was named the most-desirable coach to play for…with Scotty Bowman and Anatoli Tarasov as options!

DR: Oh wow…I mean, his record speaks for itself. He’s a good coach and he’s won a few cups. But I think, most of all, he’s a good team guy. He jokes around, talks to the players and he’s kindof like a friend to the players—off the ice, so to speak.

I think his system is somewhat free. If you’re skilled, you’re supposed to play skilled hockey. If you’re a good defenseman, you should focus on that. Every player is allowed to play in their role, and I think that’s a big key. And obviously, his other system is good too—he can get all of the guys together to play for each other.

GK: You played under two KHL mainstays at SKA, Znarok and Ilya Vorobyov. How would you contrast their philosophies to that of your current coach, Alexander Andrievsky?

DR: It’s hard to compare because the teams are so different. Obviously, in Saint Petersburg, they may have more star players. They can play more loose and skilled hockey compared to Sochi, where we don’t have the same money and can’t have the same players. We probably need to focus more on the defensive side of the game and to play well collectively, the whole team together. I think that’s the biggest difference between how the coaches have to coach.

GK: Defensemen are more easily evaded on the larger ice surfaces. What was the most prominent adjustment you had to make when you returned to Europe from the NHL?

DR: Obviously you noticed the bigger ice and stuff like that. I think that the general game is a little bit different here. In the NHL, it’s more tight hockey—more straight forward, north-south hockey.

GK: Sochi picked up a few of your fellow countrymen this week—Linus Johansson and Marcus Nilsson! Have you ever crossed paths with them?

DR: No, I haven’t played with them ever. I feel like I’ve been gone from Sweden for such a long time too now, so I haven’t really seen them play a lot either. Obviously they are really good, solid players, so I am excited to meet them and play with them.

GK: It seems like the club has a preference for Scandinavian imports. Have you sensed why?

DR: I don’t know why they like the Scandinavian players. But for me, it’s a good thing obviously. It’s always nice to have some Swedes, and I saw that they signed a Finnish player now too. For us, it’s good to stick together and help each other. I don’t know, I think specifically Swedish players are pretty easy to coach. We listen. If they tell us to do one thing, we do that. I guess Finnish players are kindof the same too. That could be one of the reasons that they like the Scandinavian players.

GK: I hear the North Americans talk back sometimes!

DR: [Laughs] Yeah, probably. I am happy they like us!

GK: Your new city has the Black Sea, Formula 1, skiing…I can’t imagine what you do with your free time.

DR: I wasn’t there for too long, so I didn’t really have time to do much. The team watched F1 when it was there, or at least the warm-up laps. During national team breaks, they went up into the mountains and relaxed. Hopefully next season I will get to do all of that. 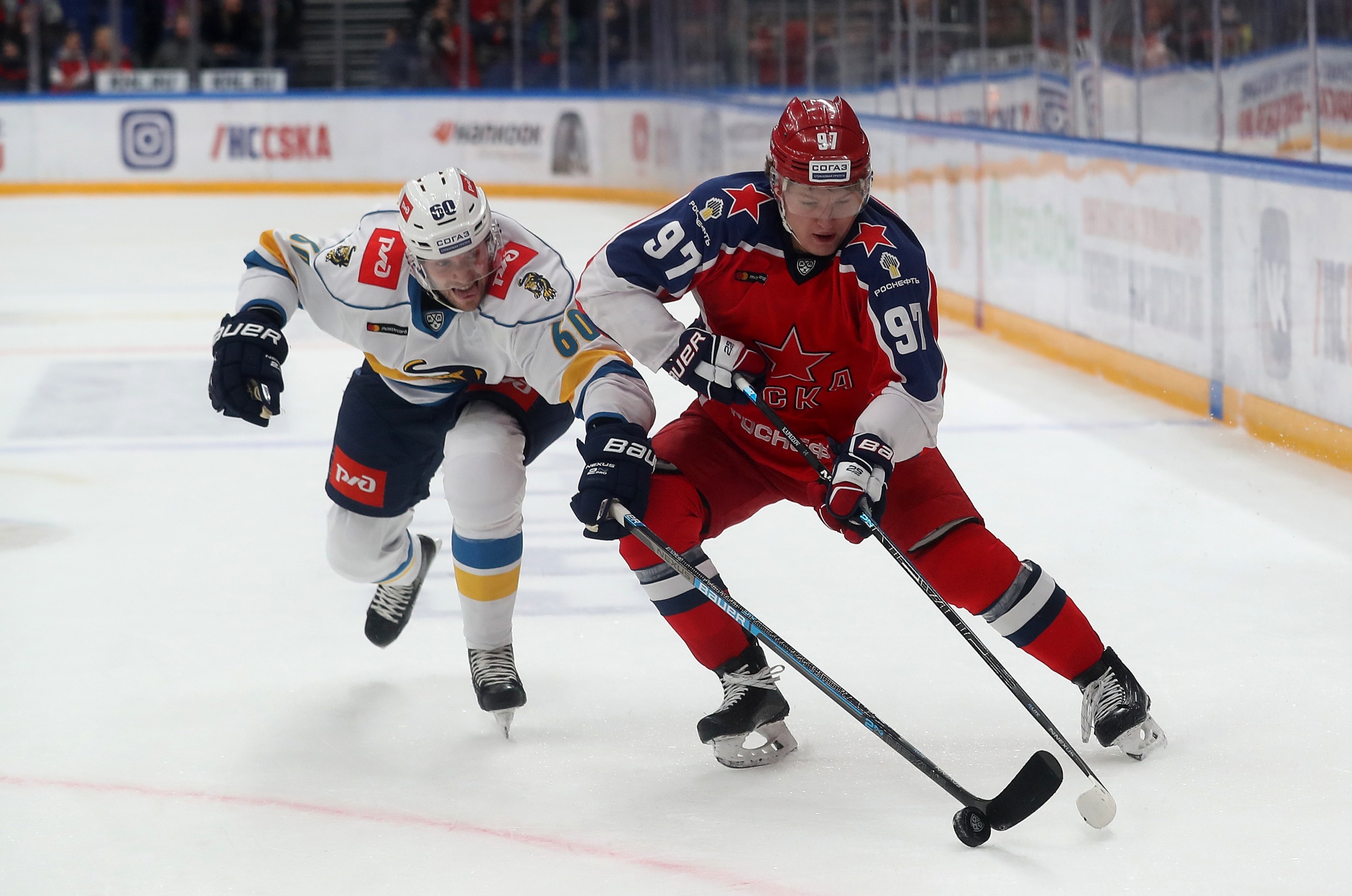 GK: When I went to Sochi, the only work I got done was on a bottle of Prosecco! Does the resort culture ever become a distraction, something like the NHL’s “Vegas flu?”

GK: Saint Petersburg averages barely six hours of daylight in the winter. I can imagine that impacts energy levels.

DR: It’s a lot of rain and grey during the season, but it’s still a beautiful city.

GK: Who would you say is the toughest player to defend against in the KHL?

DR: I had the opportunity to play with Pavel Datsyuk for one or two seasons at SKA. Everyone knows who he is and how good he is, so I must say him. He’s just the complete player. He can do anything on the ice even though he is getting a little bit older. He still has the skill and the intelligence. He’s an amazing player. Just by watching him during games, you notice everything he does.

GK: How has the KHL evolved over the course of your time in the league?

DR: I think that every year, more players look at the KHL as an option. Maybe 5-10 years ago, I don’t think many Americans and Canadians wanted to go to Russia. Now it’s more opened-up and every team is more used to having foreign guys here. They take care of us really well. Both in Sochi and Saint Pete, it has never been a problem even though we don’t speak perfect Russian. They still helped us out with everything. I think that’s a big key for more foreign, good players to come over.

GK: What is your favorite road city?

DR: I have to say Moscow. It’s a big city and when you have some time off, you can always go to a nice restaurant or do some shopping. There are a lot of teams there too, so you get some time there during the season.

GK: How did you spend your day with the Stanley Cup back in 2015?

DR: When I first got it, I took it to my birth city of Lycksele. I had it there for a night on the square where all of the people could see it and take photographs with it. We drove to Skellefteå, where I live now, and I took it to the rink for a few hours, and then to a school. My family and some friends took it to a restaurant and we had a nice dinner and a few beers.

DR: We actually grew up together. We were best friends from seven years old, and then we were in the same class in school from seven till eighteen. We moved to Skellefteå together. We’ve been following each other for our whole lives! It is big for the city to have a few players to look up to, and I think they are doing a great job keeping the kids playing hockey. It was a nice place to grow up.

GK: Do you have any moments that stick out from those years playing in Lycksele?

DR: Probably when I was 15 and got accepted to go to school and play for Skellefteå. That is when I knew it was somewhat real—that I was a good player, and they wanted me. It sunk in and I thought to myself that this was hopefully what I was going to do for the rest of my life. And then I heard that Melker got accepted too on the same day. It was really nice, and a fun memory.

GK: Lastly—what were you watching, reading or listening to on your road trips this season?

DR: I read a few books, but mostly TV shows. You go through a couple every season! I would say Billions, Shameless and Ballers. 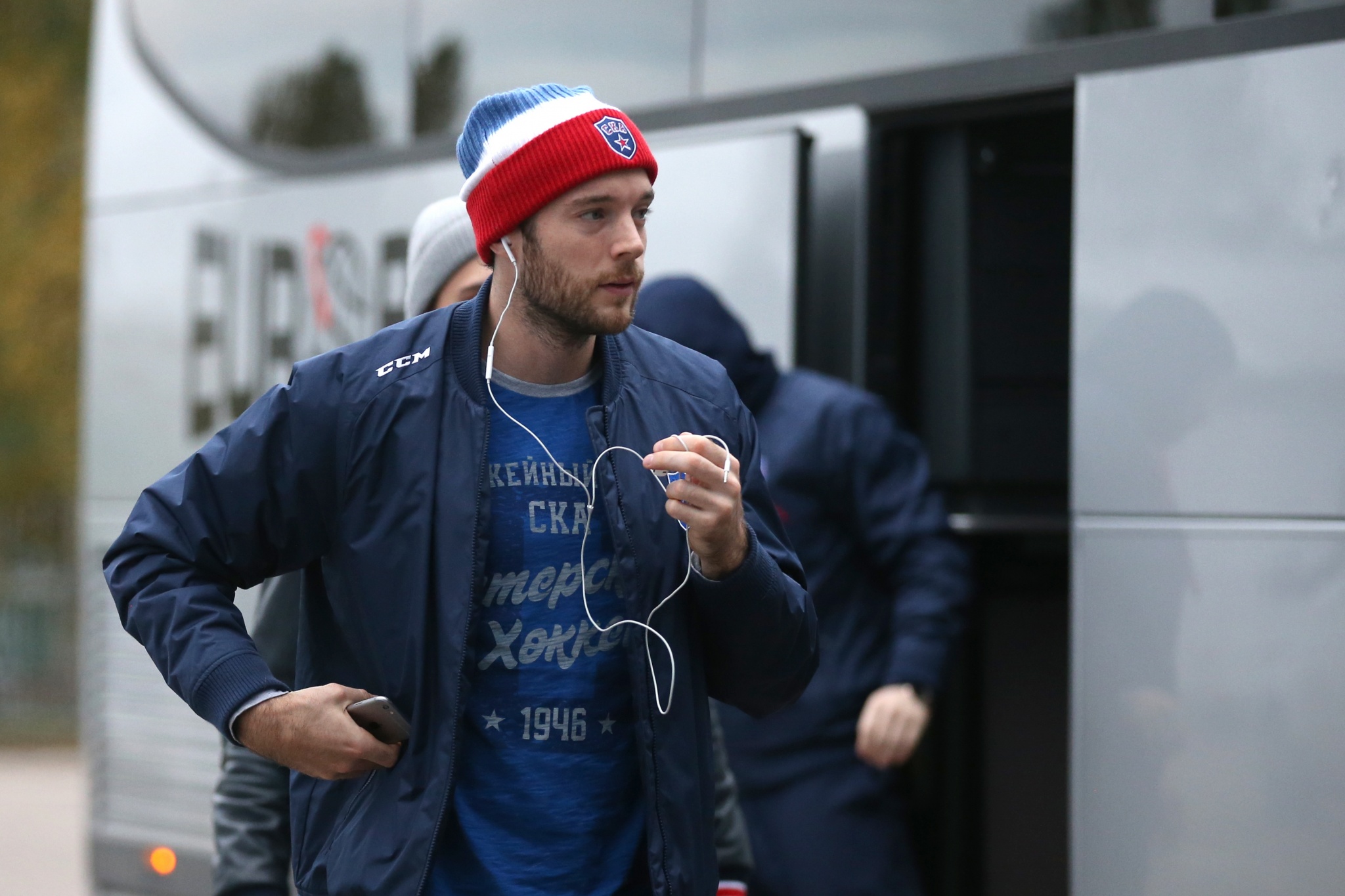