Continuing our rundown of the top 12 players in each position from the first 12 seasons of the KHL, it’s time to meet one of the most flamboyant forwards to grace the league.

When the KHL began in 2008, Alexander Radulov was a marquee signing. His move from Nashville to Ufa caused controversy — for a time there were fears that his registration might be suspended as the NHL protested the trade — but also sent a clear message that Russia’s new league was determined to bid for the best and give top Russian players a high-quality alternative to life across the Atlantic.

Aged just 22 at the time, Radulov made an immediate impact. His flamboyant creative talent, and his fiery competitiveness, made him a big hit in the KHL. The first season in Ufa brought 48 (22+26) points in 52 games and an All-Star call as Salavat Yulaev topped the regular season table. Then came the shock, with Radulov & Co. dumped out in the first round of the playoffs, before the campaign ended on a high with the winning goal in the World Championship final against Canada in Switzerland.

Scoring records and a Gagarin Cup

That set the tone, and Radulov kept on delivering. His eight seasons in the KHL yielded seven All-Star appearances; it would have been eight but for injury in 2015. He also collected four Golden Stick awards as the MVP in regular season and topped the scoring charts three times in regular season play, plus once more in the playoffs. By the time he returned to North America in 2017, Radulov had scored at well over a point a game and cemented his reputation as a game-breaking player.

The highlight came in 2011. Radulov’s regular season was impressive, with 80 (20+60) points to set a record beaten only by Sergei Mozyakin. And he continued to drive the Ufa offense in post season, collecting 18 (3+15) points as Salavat Yulaev lifted the Gagarin Cup. Radulov led the playoffs in assists that season as Ak Bars’ hegemony came to an end in the Eastern Conference semi-final and Atlant — Mozyakin and all — was despatched in five games in the Grand Final. All that scoring contributed to a club record 299 points, a mark only topped this season by Teemu Hartikainen and Linus Omark. 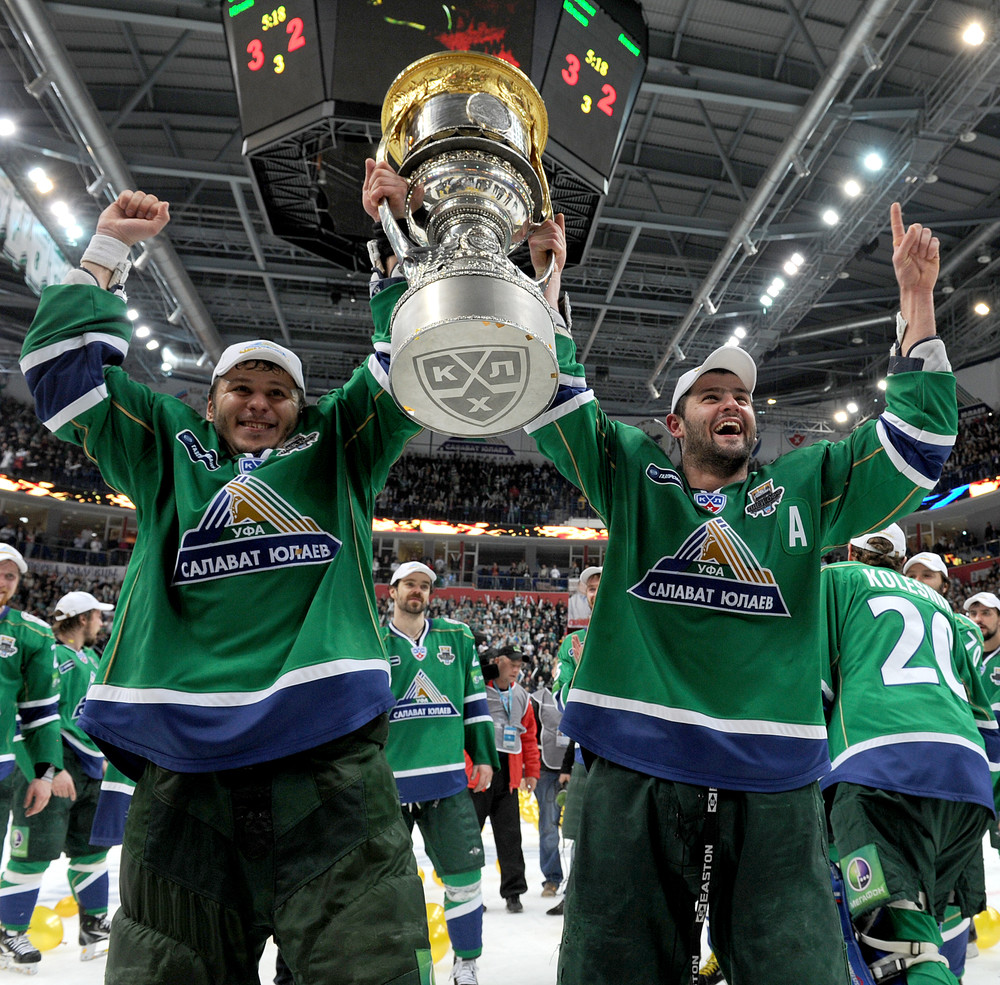 Lifting the Gagarin Cup was vindication of Radulov’s decision to come home to Russia. After his headline-grabbing departure from Tennessee, the forward was understandably cagey with the media. However, in a rare interview with a French-language title in Quebec in 2010, he hit back at claims that he might be disappointed following his move to the KHL.

“I never regretted my choice, but I have to say that at first it wasn’t easy. Lots of things had changed since I first left Russia four years earlier, and there were things that I had to get used to,” he told Le Soleil. “At times I was a bit discouraged, but I never regretted going away from Nashville. I wanted to play hockey at home, and I took my decision.” 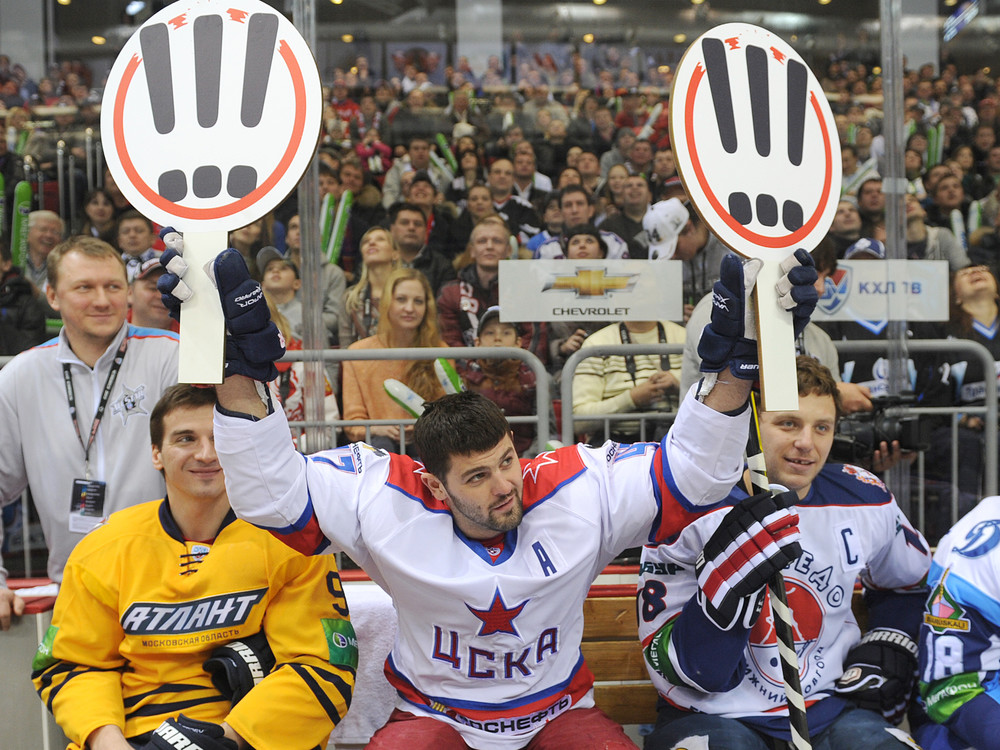 After four seasons in Ufa, Radulov made a brief return to Nashville for the conclusion of the 2012 NHL season, but continued his career in Russia with CSKA. It was another high-profile transaction, reflecting the new financial confidence coursing through the Army club after an injection of funds from oil giant Rosneft. Radulov was a symbol of a new CSKA, looking to recreate the glory days of the Soviet era. While he was unable to win a Gagarin Cup in Moscow, he played a big role in transforming the team from a mid-table also-ran into a genuine contender. Radulov’s final two seasons saw CSKA twice top the regular season table and reach its first Gagarin Cup final. There was also the small matter of the Sochi Olympics, where Radulov had 6 (3+3) points to lead Russia in scoring. That, on a roster boasting Pavel Datsyuk, Alexander Ovechkin, Ilya Kovalchuk, Evgeny Malkin and more. 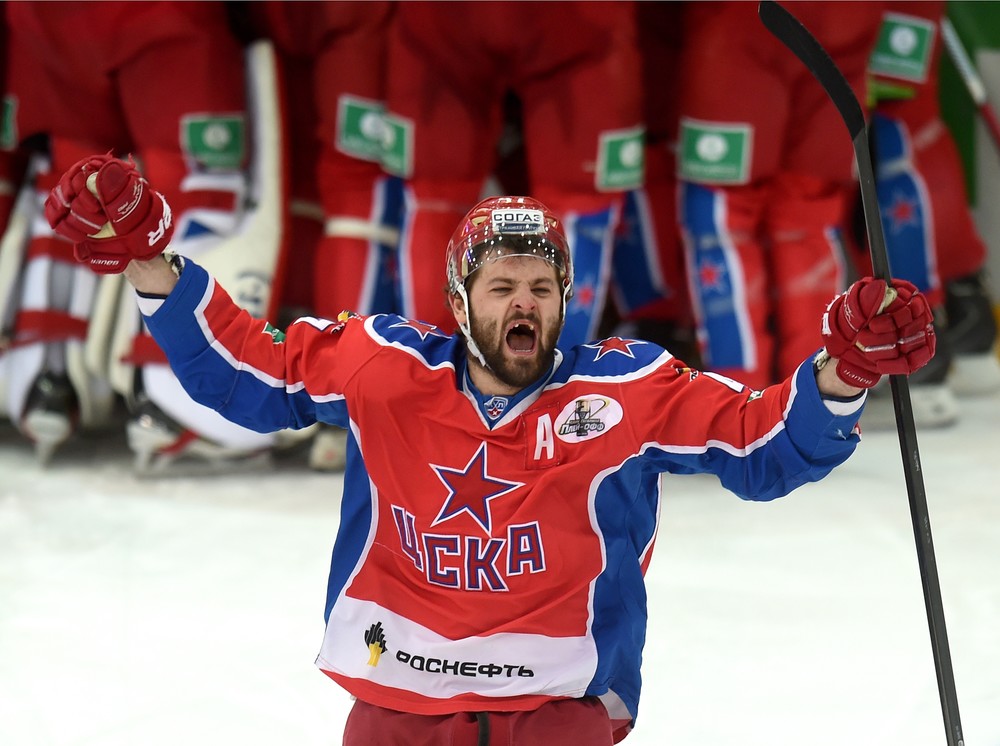 However, Radulov would not be part of the Russian team at the 2018 Games. By then, he was already back in the NHL and was unable to join Oleg Znarok’s gold medal team in Korea. Now 33, the Nizhny Tagil native has another two years under contract with the Dallas Stars — but still has time on his side if he wishes to come back to Russia and add to his impressive haul in the KHL.