Vityaz's moves and new Swedes in Sochi. Top transfers of the week

Roman Will. From Rogle BK (Sweden) to Traktor Chelyabinsk

It wasn’t the best season for Traktor last year — the team failed to reach the playoff, sharing with Admiral the very last place in the Eastern Conference with 56 points. That was a mere eight points from Neftekhimik and the hardly-sought playoff line, but enough to miss the postseason and mark the year as an unsuccessful one — especially for an ambitious hockey city like Chelyabinsk. Traktor had some difficulties with goaltending, especially as Vasily Demchenko had a bad first part of the season and was then waived. Ivan Fedotov stepped up big time, but a young goalie isn’t enough, and Traktor decided to sign Roman Will — another Czech goalie who will surely remind the fans Pavel Francouz, who was one of the best netminders in the league between 2016 and 2018. His departure left a big hole in Chelyabinsk’s lineup. Roman Will inked a two-year deal.

Vityaz decided to change from last year substantially, changing their whole foreign contingent — except for Jakub Jerabek — and parting ways with Alexei Makeyev, who moved to Avtomobilist Yekaterinburg. However, Alex Semin and Pavel Varfolomeyev, among the others, decided to stay in the Moscow Region. To replace players like Ville Lajunen, Quinton Howden, or Joonas Nattinen, Vityaz mostly explored the European market. The most exciting signing seems to be Mattias Tedenby — the veteran Swedish forward was already bound to sign in the KHL in 2014, when HC Lev acquired the rights on him. Still, then the team folded, and Tedenby returned to his native Sweden. After five years with the Swedish powerhouse HV71, the forward played on year in Switzerland, signing with HC Davos, then signed a one-year deal in the Moscow Region. His countrymate Linus Hultstrom played his full career at home, having signed with Vityaz for his first venture outside of Sweden. In the latest few years, he emerged as one of the best offensive defensemen in the SHL, and last year he led Djurgarden with 32 (15+17) points in the regular season.

Justin Danforth led the Liiga in 2019-20 scoring with 60 (27+33) points in 56 games in his second year in Europe. He also won the Lasse Oksanen Award as the best player of the year in the Finnish league. With Latvian Kaspars Daugavins, last year playing with Spartak, Vityaz now has a full set of five foreigners for the upcoming 2020-21 season.

Corban Knight. From Barys to Avangard

After spending his career in different North American leagues and playing more than 50 games in the NHL, the British-Columbia native Corban Knight signed with Barys Nur-Sultan. In the Kazakh capital, Knight had a strong first year in Europe, with 40 (20+20) points in 60 regular-season games. In the playoffs, he helped Barys defeating Metallurg 4-1 before the season was halted due to the current situation. Avangard needed an upgrade after last year’s disappointing first-round exit and found in Knight an excellent candidate to strengthen their offensive lineup. The 30-years-old forward inked a two-year deal.

Another team that had a disappointing first-round exit last time around is Lokomotiv Yaroslavl. The Railwaymen decided to strengthen their lineup and signed three new foreigners after losing Staffan Kronwall, Jakub Nakladal, and Stephane Da Costa. Seeking more solidity in its backline, Lokomotiv signed Edward Pasquale and Atte Ohtamaa — two players who worked last year with its new bench boss, the Belarussian specialist Andrei Skabelka. Moreover, Lokomotiv managed to win the race for the Swedish dangler Andre Petersson. The forward also worked with Skabelka, topping Barys with 23 goals in the 2018-19 regular season. Lokomotiv also has a full set of five imports under contract for next year.

If Skabelka wanted to rejoin with Ohtamaa, Pasquale, and Petersson, also in Moscow, the reasons behind this blockbuster trade lie in a head coach — Oleg Znarok has already worked with Sergei Shirokov in both SKA and Team Russia. Moreover, it looked like the bench boss wasn’t happy with Khokhlachyov, despite his excellent stats. This trade will be a massive chance for both players to play at a higher level. Shirokov can prove that while a veteran, his career isn’t getting close to an end, while Khokhlachyov will almost certainly enjoy more trust and space with Avangard. At this point, it’s hard to say what team has won more from the trade. This exchange seems more of a negotiation that satisfied all the involved parties.

The Black Sea franchise always had a good eye in gauging European talent, and thus the expectations around Marcus Nilsson and Linus Johansson are high. The latter was the team’s captain last season and represented Sweden several times at the Euro Hockey Tour level. Nilsson is a different player — a great playmaker who last year led the SHL with 54 points and 42 assists. Moreover, Sochi has also signed the Finnish scorer Jere Karjalainen, one of the top 10 most-productive players in last year’s Liiga. 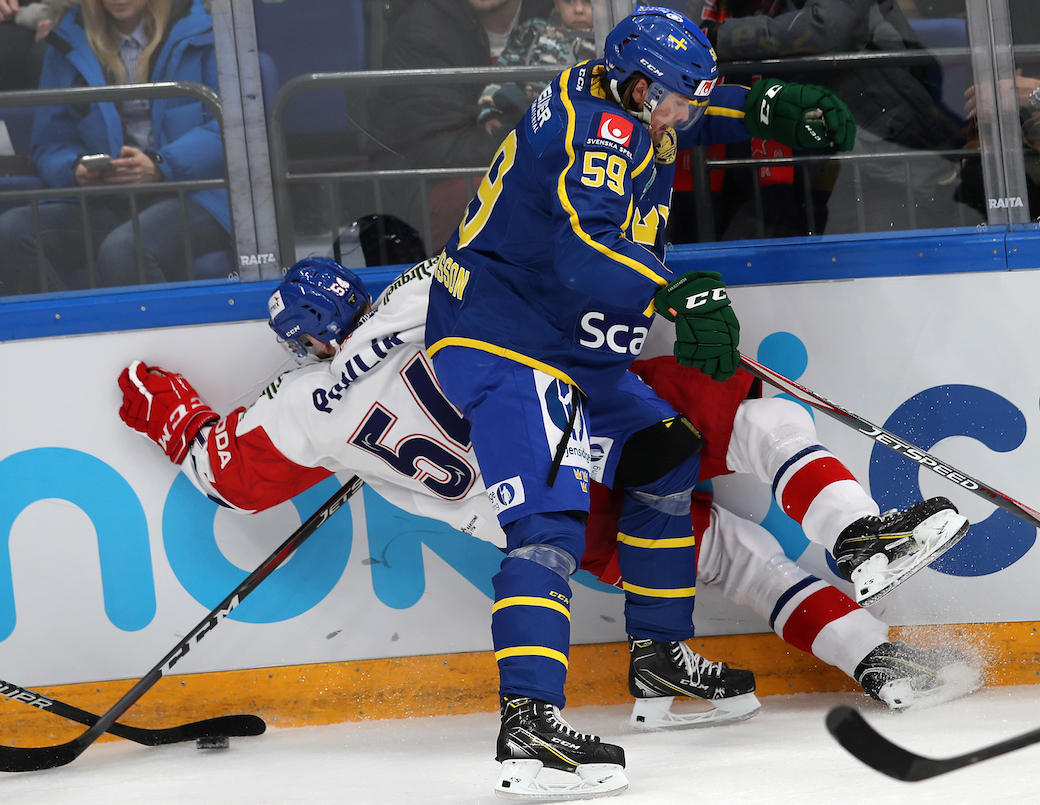 Andrei Loktionov. From Metallurg to CSKA

It was clear that Andrei Loktionov needed a change of environment after five years in Yaroslavl, but his move to Magnitogorsk didn’t work. The Voskresensk-native forward, who can boast a long CV of wins that includes an IIHF WC gold medal and a Stanley Cup, scored only three goals in the last season, and Metallurg decided not to renew his contract. In CSKA, he will have a chance to replace Mikhail Grigorenko, but he needs to return the player that he was before moving to the Urals.

Signing top players from the Slovakian league isn’t new for KHL franchises, but the newly-signed Jindrich Abdul isn’t a very known name. However, the Czech forward signed 62 (23+39) points with Slovan Bratislava last year and now moved up to the KHL — not bad for a player who was playing in the third Czech league only four years ago. Shawn Lalonde will be in his second year in the KHL. After a positive season in the Far East with Admiral, the Canadian defenseman decided to move to Cherepovets for his eighth season in Europe. He is expected to have plenty of ice time with Severstal. Veli-Matti Vittasmaki’s career was different since he never played abroad. The defensive defenseman lined up for four different teams in the Liiga, most recently with Tappara Tampere, where he played three seasons. He already faced Team Russia at the Euro Hockey Tour — he is expected to have a significant role in the team alongside Lalonde. With Adam Liska, Cherepovets has only four foreigners signed for last year — this means that there is still room for maneuvering.