Continuing our rundown of the top 12 players in each position from the first 12 seasons of the KHL, we come to the second highest-scoring import in league history and a star of one of the biggest underdogs in the KHL.

12 from 12. Best forwards: Omark and Bochenski

The current season was the first without Matt Ellison in the KHL. The versatile Canadian forward made his debut in the league’s first season, suiting up for Dinamo Riga in 2008/09. That was the start of a journey that took him to teams in four different countries as he compiled 458 points in 594 appearances. It was only during the current season that Nigel Dawes overtook Ellison as the league’s highest scoring import.

However, Ellison was not a player who spent much of his time at the KHL’s marquee clubs. Until his final two years in the league, spent with Metallurg Magnitogorsk, the British Columbia native tended to score heavily for outsiders. But that didn’t stop him reaching a Gagarin Cup final as part of possibly the biggest Cinderella story in the league’s history so far. 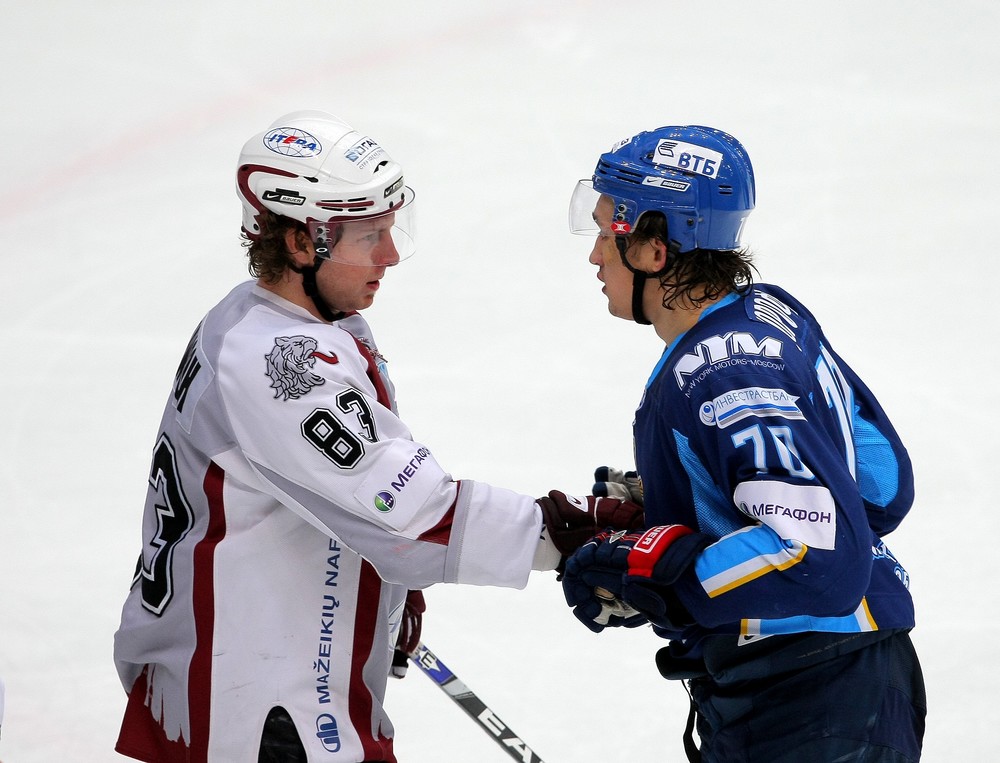 Ellison’s first season saw him help Dinamo Riga make the playoffs with 37 (15+22) points in 55 games. That placed him second in team scoring and attracted the attention of HC MVD. This team, based in Balashikha, was a humble operation but in 2009/10 it punched well above its weight. Ellison led the team in regular season scoring with 34 (16+18) points, then added another 9 (4+5) in the playoffs as this unheralded roster made it all the way to the Gagarin Cup final. Up against the all-powerful Ak Bars, defending champion with a stellar roster of internationals, MVD almost pulled off a sensation before losing out in game seven of a compelling clash.

“We didn’t have any superstars,” Ellison recalled in a later interview with KHL. ru. “We had a low budget and we were low-scoring, so we had to play smart. And Mike Garnett was awesome in goal.”

Another awesome performance came from the then little-known Oleg Znarok, whose performance as head coach galvanized a rag-tag roster into a team capable of competing for a championship.

“The club had a fantastic coaching staff,” Ellison added. “They knew what to do and the players respected them. I only played under Znarok for one year. If you played well, then fine, you carried on; if you played badly you sure heard about it.”

Many of Ellison’s team-mates would follow Znarok to Dynamo Moscow, where the coach won the first two of his three Gagarin Cups. Ellison followed a different path — but acquired a notable nickname from his old boss.

“Znarok started calling me ‘Pushkin’ at MVD, because my hair is the same, plus I also have the beard,” Ellison added. “I’m happy with that, he’s a great man. Even now, if somebody does shout ‘Pushkin’ I still turn my head. I’ve never read his work, though.” 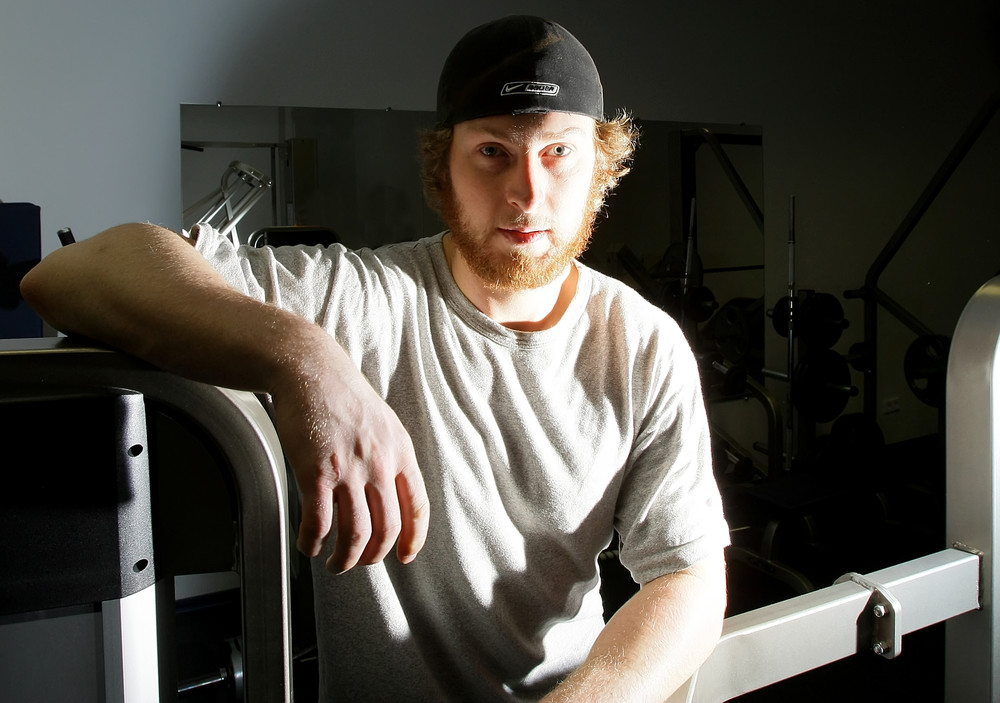 A number of imports have arrived in the KHL and struggled to adapt to a new environment — both on and off the ice. Ellison, whose career in North America saw him on the fringes of the NHL with 43 games for Chicago and Philadelphia, had few problems fitting in. However, he admits that he never got to grips with the Russian language. “I tried studying for four years but I can’t figure out how to speak,” he said. “I can understand simple phrases and terms, but even English was difficult for me at school.”

However, a lack of language was never a serious barrier to adapting; time made all the difference. “When you first come over from North America, it’s hard. But if you stay and play here five or six years then it’s easy to adjust to any place.”

And there was plenty of opportunity to practice getting used to new places. After Riga and MVD, Ellison moved on to play three seasons in Nizhny Novgorod with Torpedo (a strong initial campaign followed by two injury-hit affairs). Then, after a brief detour to Switzerland, he played for Medvescak Zagreb, Dinamo Minsk and finally Metallurg. The season in Croatia, where he helped Medvescak make the playoffs in its first year in the KHL, helped him put the fun back into his game after some hard times at Torpedo and he went to Belarus with many of his Zagreb team-mates for three more high-scoring seasons. 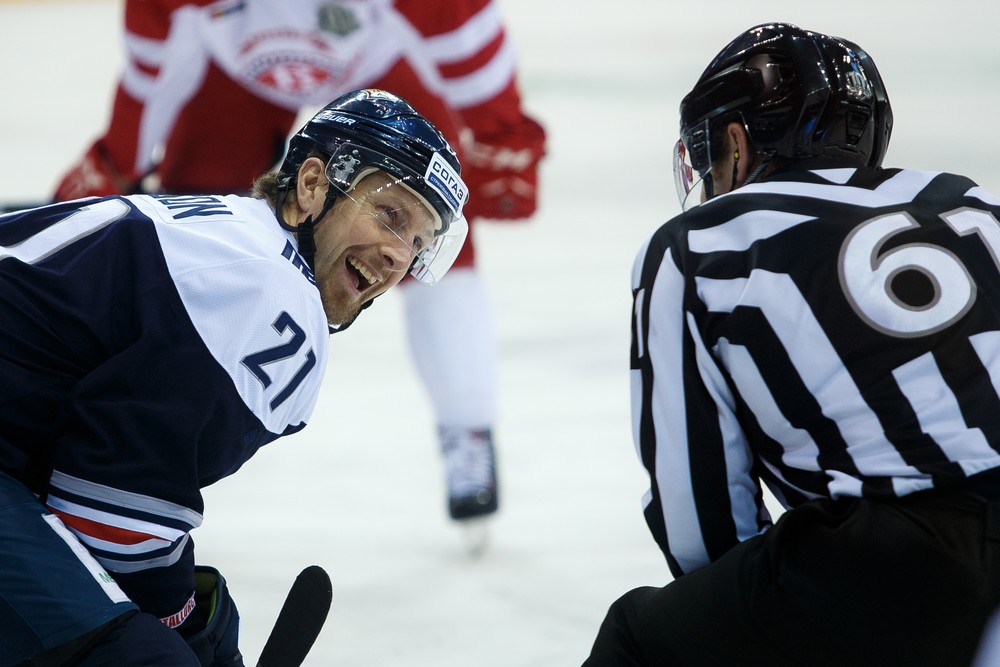 Those years in Belarus also brought two All-Star appearances and a Spengler Cup win in the colors of Team Canada. Ellison went on to play in the Euro Hockey Tour in 2017/18 as the Canadians looked at building a European-based roster to replace its absent NHL stars at the PyeongChang Olympics. Ellison, by then at Metallurg, missed out on that opportunity and finished his playing career in Magnitogorsk the following year.

His final campaign brought 55 (20+35) points, level with the great Sergei Mozyakin, but there would be no fairytale farewell. Magnitka bowed out in the first round of the playoffs and Ellison returned home earlier than anticipated. 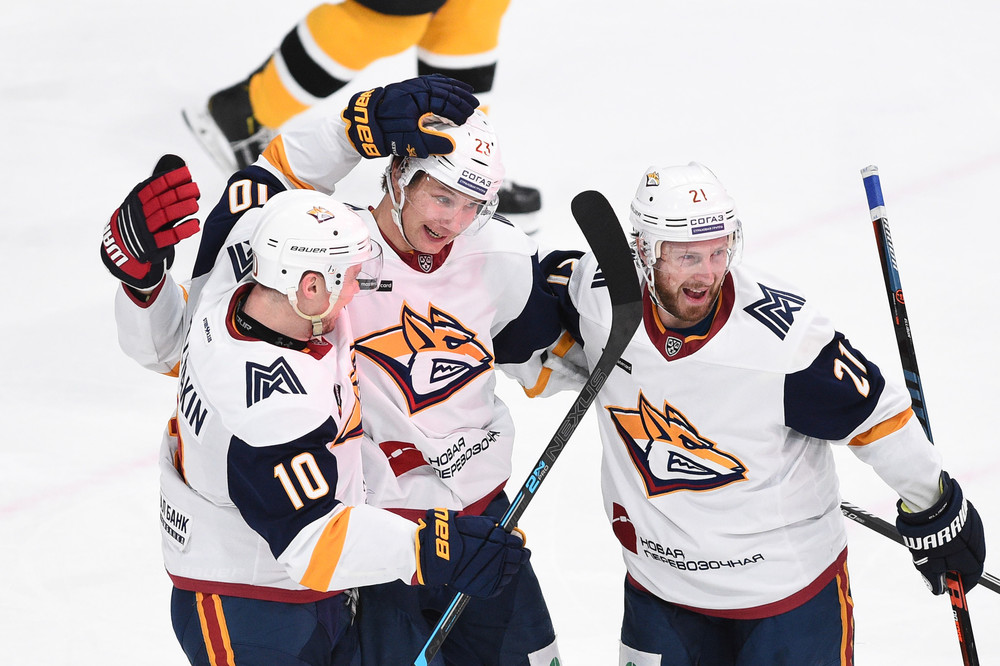