Andrei Markov – the General stands down

Few players enjoy the depth of respect afforded to Andrei Markov. The 41-year-old defenseman, who retired last week, is widely rated as one of the best to have played the game. He played 25 seasons at the top level, starting as a teenager with Khimik Voskresensk in the Russian Super League of 1995/96. He played the bulk of those years with the Montreal Canadiens before returning to Russia in 2017 and lifting the Gagarin Cup, his third Russian championship triumph.

That success, with Ak Bars, crowned an illustrious career that also saw Andrei Markov help Russia to its spectacular, historic World Championship victory in Quebec City in 2008. An All-Star on both sides of the Atlantic and a three-time Olympian, he hangs up his skates secure in his status as a legend of the game.

Like many youngsters in Voskresensk, a Moscow Region town with a long hockey tradition, Markov learned the game at the Khimik club. There’s a popular misconception that he started as a center and moved back to the blue line — a change in role often referenced when discussing Markov’s consistent scoring throughout his career.

However, the truth is a little more complex, as his first coach Anatoly Kozlov explained in a 2007 interview. “Andrei started out as a defenseman and played on defense for a couple of years,” Kozlov said. “Then we were in a game and I found myself short of a center so I moved him to the first line as a forward. For the next two or three years he played there and moved back to defense when we had another center on the team.”

What was more striking about Kozlov’s memories was that Markov did not leap out as an outstanding prospect from a young age but worked his way into a leading role on his team. It was a pattern that would repeat when he crossed the Atlantic.

The General of Montreal

In the NHL, Markov was fully deserving of his legendary status. A long-serving Montreal Canadien, he remained loyal to the club that drafted him in 1998. Back then he was a low-profile sixth-round pick for the Habs. Two years later, after a couple of seasons under Zinetula Bilyaletdinov at Dynamo Moscow, he went to Canada amid little fanfare — but flourished to become a mainstay of the Montreal defense. 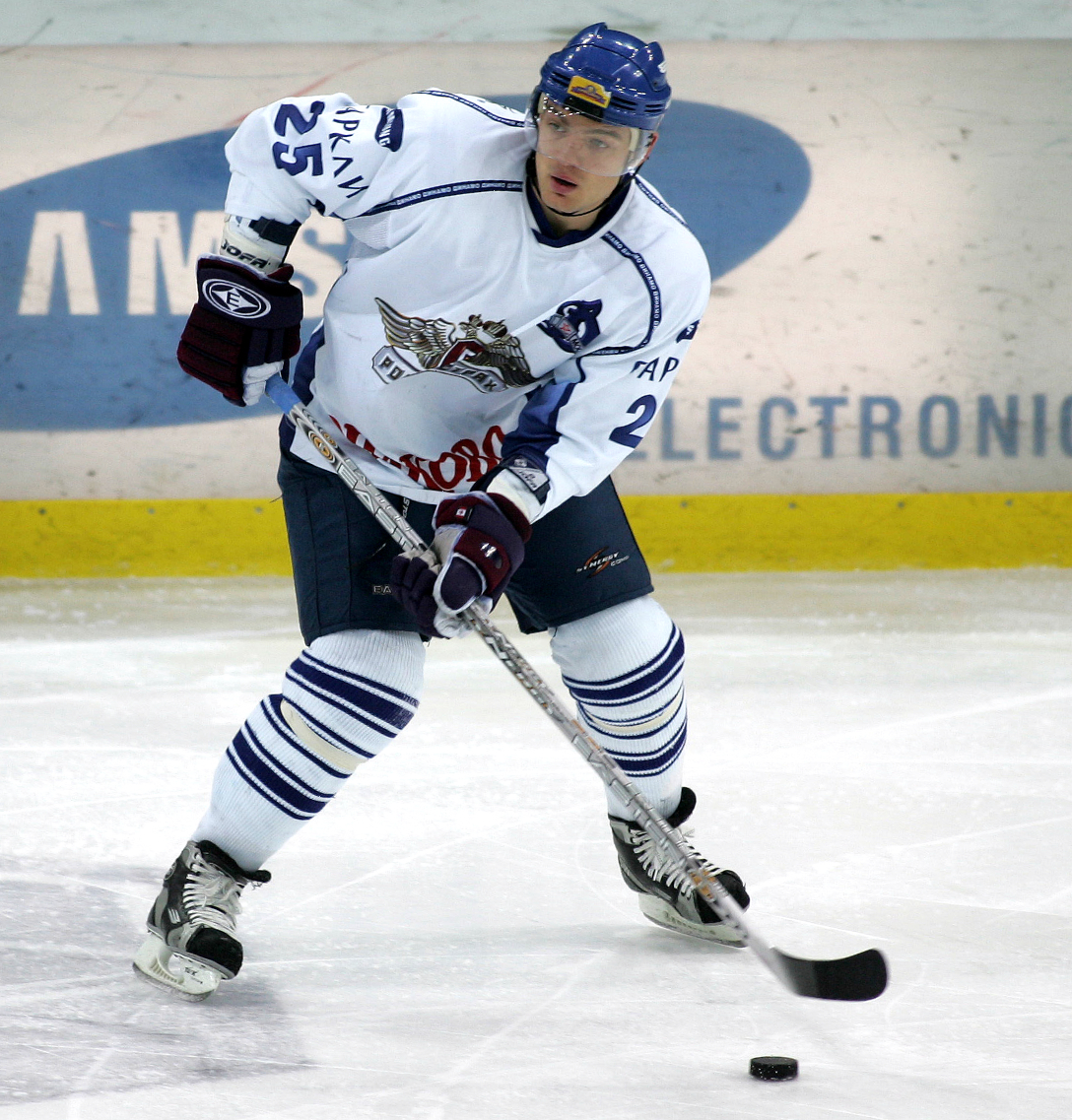 And by mainstay, we mean all-time great, franchise player stuff. A total of 990 regular-season appearances for one club, in a career that ran from 2000-2017. A 572-point haul that places him third among the Canadiens All-Time scorers, with 60 power play goals exceeded only by six-time Stanley Cup winner and franchise idol Larry Robinson. Small wonder they called him ‘The General’.

That’s why, for example, PK Subban named Markov as one of his idols. The two played together in Montreal for six seasons and remain close friends; on social media this week Subban wrote: “Anyone who has played with Markov, he knows how good he is. He could stop the best of the best, and then when it was time to score an important goal or to set team-mates, once again came to the fore.”

Another team-mate, Mark Cammalleri, told Sportsnet how Markov’s playmaking style caused a steady adjustment in how D-men were expected to play in the NHL. “He had the ability to make plays that other guys just didn’t,” Cammalleri said. “He was one of those guys that could swing a seam-pass or a cross-ice pass or a pass up the middle without anyone reading what he was going to do. It’s become much more in vogue now; those plays are actually encouraged by coaching staffs now, but back in those years the mentality from most coaching staffs in their systems was to still keep the puck on the wall.”

Not for the first time, that renowned Russian tradition of moving the pack had its impact across the Atlantic.

990 NHL games, 119 goals, 572 points. Thank you for everything you've done for the Canadiens and congratulations on an incredible career, Andrei!

For many years, Markov also lived up to another stereotype about Russian players — the stern, silent figure reluctant to give interviews. It’s true that, in front of the media, the general preferred to keep his contributions laconic. But the people who count, his former team-mates, tell a different story.

Subban talked of how Markov was approachable to all — nervous rookies and established stars alike — during his time with the Habs. Czech international Tomas Plekanec, who played alongside Markov for 10 seasons, also hinted that there’s more behind the façade, telling the Canadiens magazine: “He’s definitely different from most of the guys, but he’s not serious all the time. Obviously he doesn’t show that when he’s in front of the media. He doesn’t say much. He’s focused on his work and he takes his work seriously, but when he’s just with the guys, there are times when he gets going and he’s really funny.”

Markov himself added that, off the ice, he’s happy to play the mentor to the next generation. “I’ve always said that I’m available to talk,” he said after becoming the oldest player in the Montreal locker room. “I’m not going to take one guy aside and tell him how he has to lead or how he has to play, but if a guy needs advice, I’ll always be there and I’m more than happy to help.” 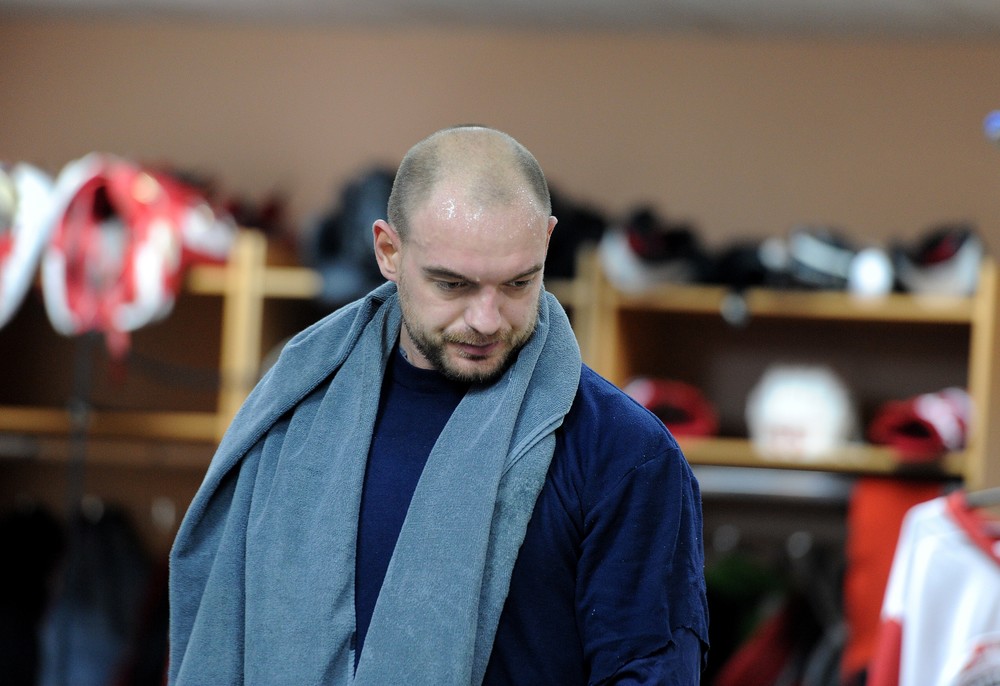 That mentoring role was a big part of what Markov brought to the KHL at the end of his career. In 2017 he made the difficult decision to leave Canada and sign for Ak Bars. Then aged 38, this would be his first action in the KHL since a short spell with Vityaz during he 2012/13 lockout. 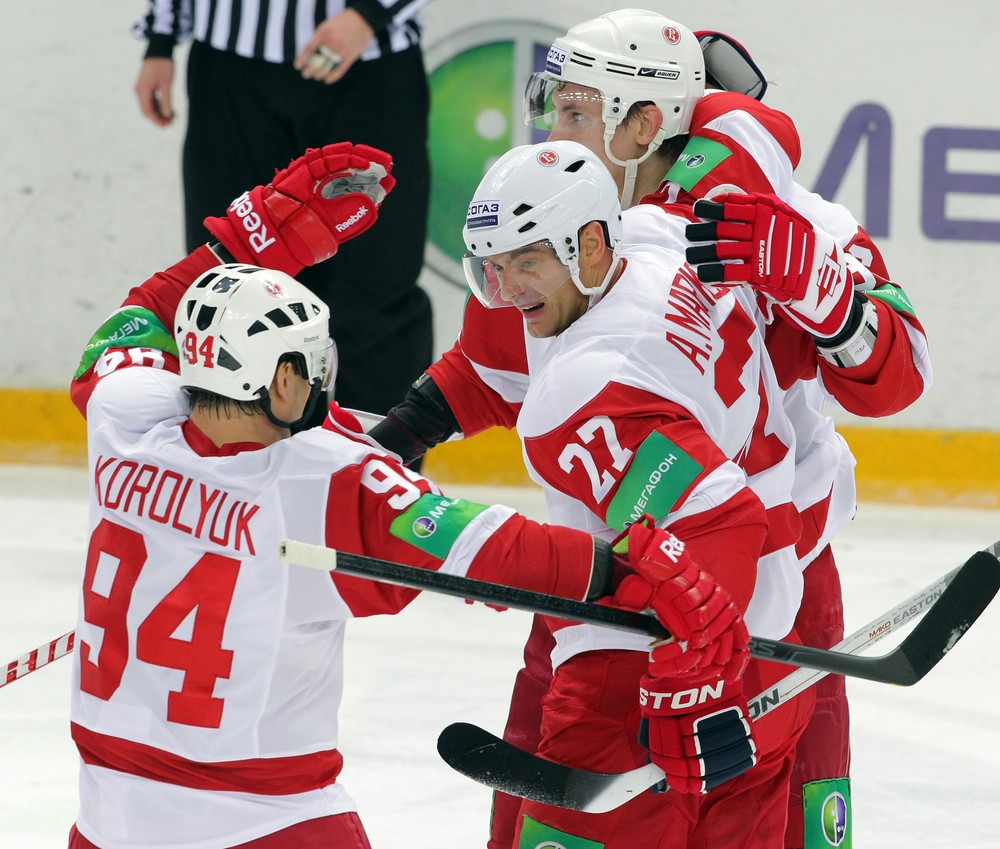 It was also a reunion with Zinetula Bilyaletdinov, head coach when a young Markov arrived at Dynamo Moscow and won the first of his two Russian Superleague titles back in 1999/2000. Back then, he was learning his trade; on his return, he fulfilled a key role on any Bilyaletdinov team as an elder statesman and leader for his younger colleagues. The coach paid tribute to that contribution after his team defeated CSKA to win its third Gagarin Cup in 2018. 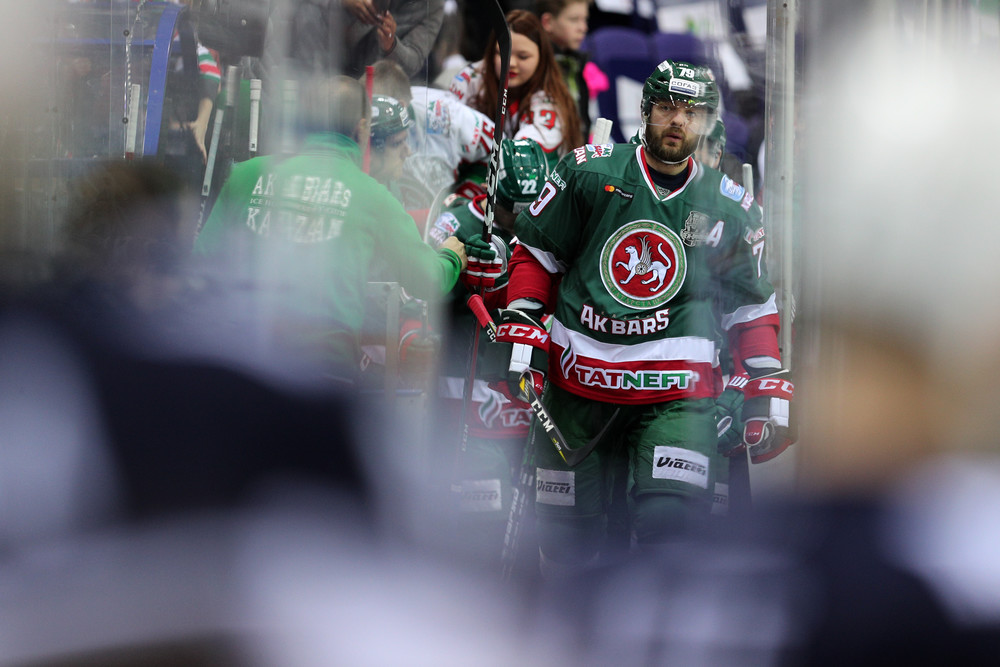 “His work is priceless,” Bilyaletdinov said. “He’s not some kind of show-off, he’s the real deal. The guys look at him and see what a man has to do to play for so many years in the NHL. They see how he approaches every practice, every game. He does a great deal for our youngsters.”

And at Markov’s final port-of-call in Yaroslavl, the veteran — 41 years old at that time — led by example, as head coach Mike Pelino told KHL. ru. “We were fortunate that we could sign Andrei Markov and it was a real blow that he got hurt in his first game. Markov is a true pro, he’s always the first one at practice, he works and works — and that’s at 41 years of age! Maybe he wasn’t quite at his old level, but he was a great example for the rest.” 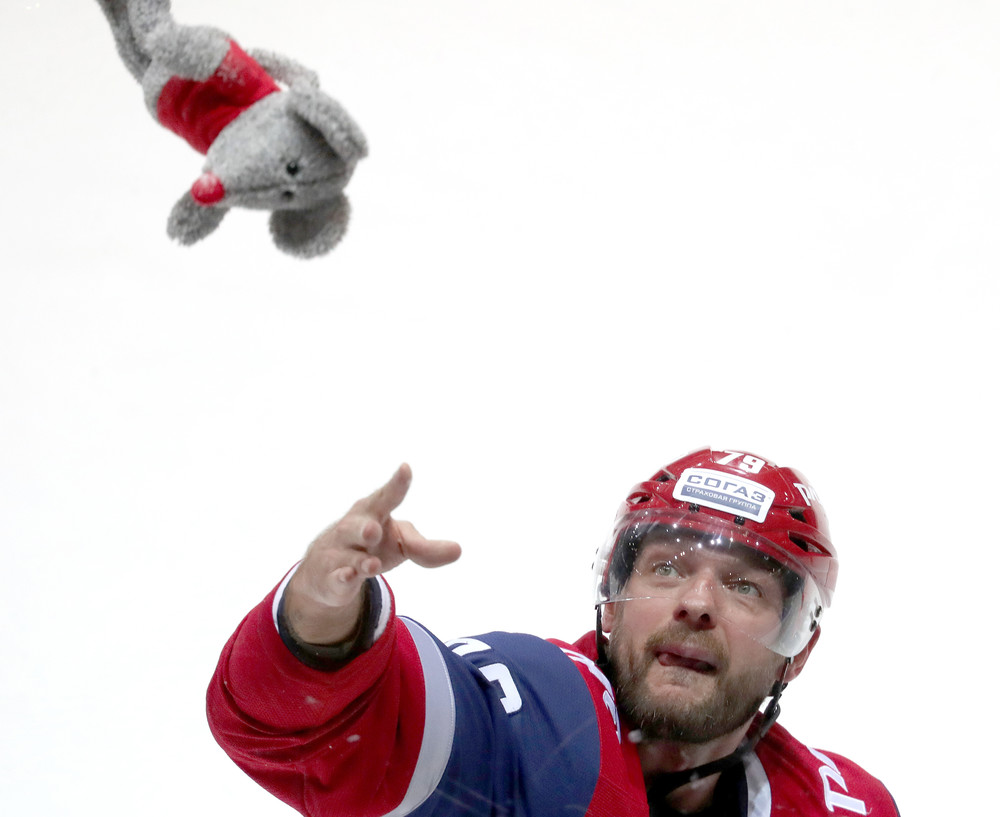