Jokerit head coach Lauri Marjamaki tells KHL.ru about his second season in the league, the changes in the coaching staff and Mikko Lehtonen’s explosive debut season.

In 2018/19, Jokerit exited the playoffs in the first round after losing to Dynamo Moscow in six games. One year on, the Finns again looked solid in regular season and this time they made it past Lokomotiv Yaroslavl to reach the Western Conference semi-final.

- Lauri, after last season you talked about the finetuning that had to be done to enhance the team’s play. One year on, we can see that you found the answers to many of those problems.

- That’s true. After last season we spent a long time considering how to go forward. We weren’t satisfied when we lost in the first round. I think we took a step forward as a team and as an organization, we knew what we had to do and we did it: we had more depth on the roster, everyone was healthy, we went into the playoffs with 16 forwards and nine defensemen. I’m proud that, for the second time, we were one of the highest scoring teams in the league, we want to play with the puck and attack.

Mikko Lehtonen, Veli-Matti Savinainen, Henrik Haapala and Petri Kontiola were all good additions to the team and the power play. That’s something we really missed a year ago. But we still need to improve on defense, we allowed too many goals and our PK wasn’t good in the regular season.

- Maybe one of the factors was that the team was tired of ending its season early and was hungry for success this time?

- We want to succeed. We had an experienced team that was eager to win. All through the season we were in the top five, we got through that first round but, unfortunately, the season ended prematurely. I hope that this will make our team even hungrier for success next season. 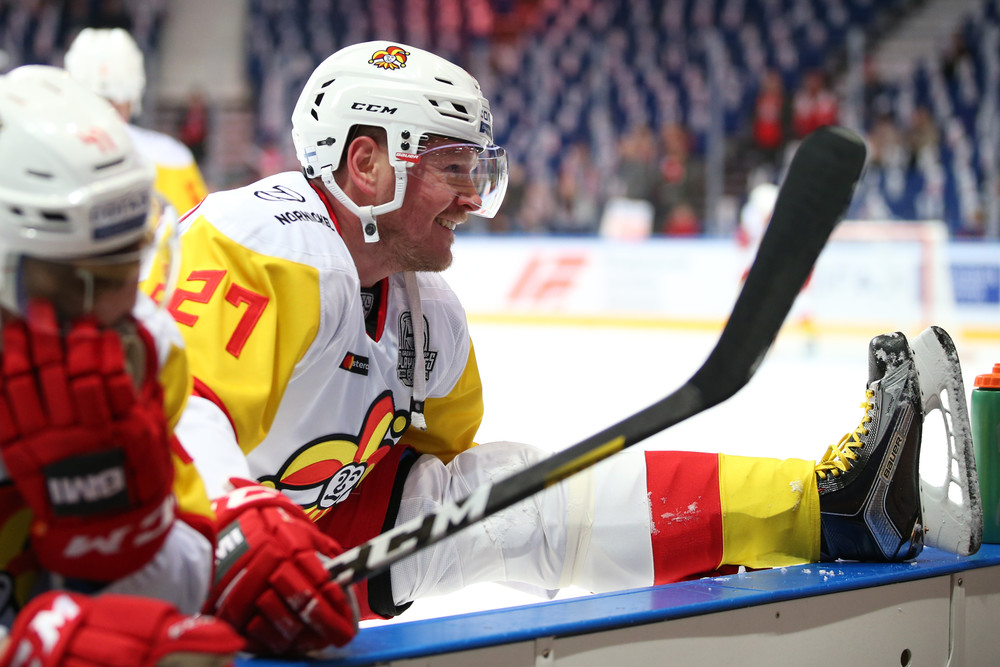 - Were you as surprised as everyone else that Janis Kalnins emerged as your starting goalie ahead of Antti Niemi?

- Janis was much better than last year, he developed a lot and put up some really good numbers. Antti Niemi wasn’t the success we hoped for. It wasn’t easy for him, but he was a true team player and he always behaved professionally. He was a real example to the others: he came here as a Stanley Cup winner but things didn’t go well at the start, so he kept working harder every day. His attitude to his work was a good example for every player at the club.

- Mikko Lehtonen had an incredible season, getting 49 (17+32) points in the regular season.

- First and foremost, Mikko is a very good defenseman. He skates well, he can play tight, he defends well and he’s in great shape. What sets him apart is that most of his shots from long range get to the net, they get past the first block. He’s always got his head up, his passing is so accurate and he’s such a motivated guy, he just wants to get better and better.

- Was he your MVP for the season?

- In the playoffs against Lokomotiv, your fourth line played a big role with that partnership between Antti Pihlstrem and Marko Anttila.

- Their line with Ahti Oksanen played a big role all through the season, they didn’t just contribute on the penalty kill but at equal strength as well. If you want a winning team, you need guys like this. 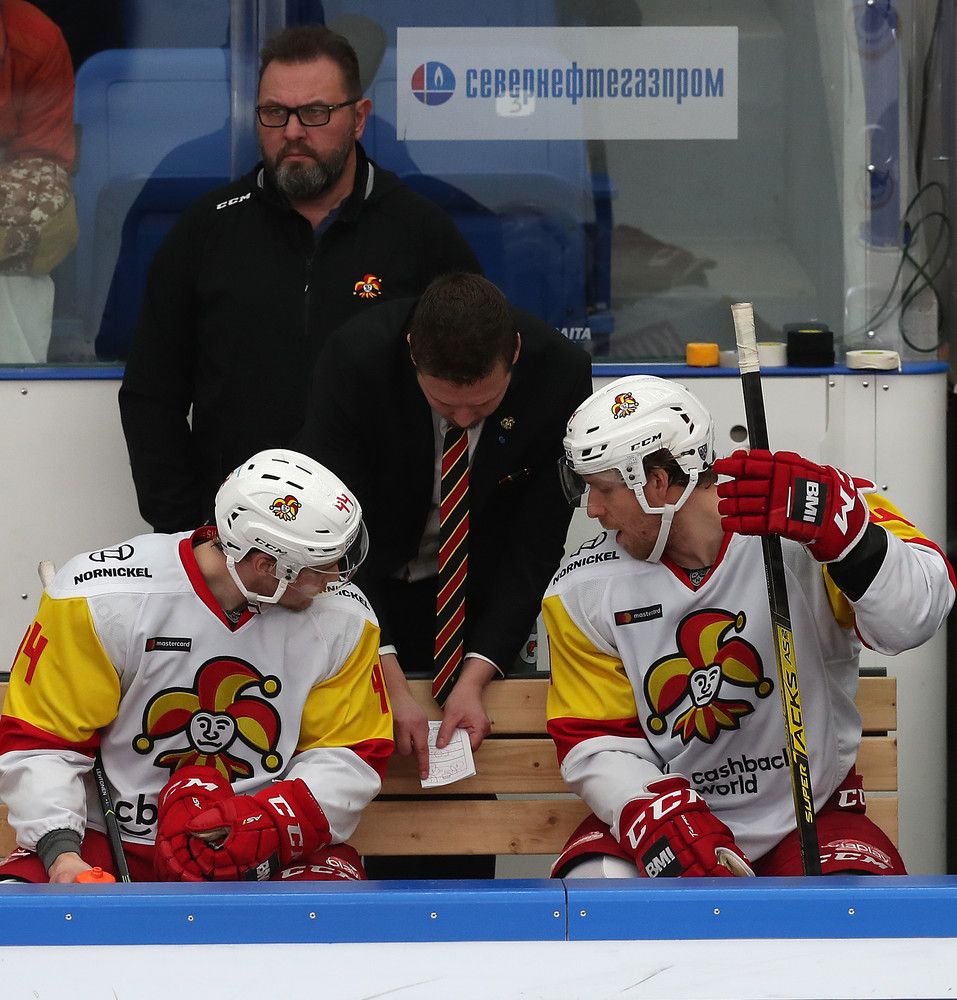 ‘The Gagarin Cup is always our target’

- Is it fair to say that Finland’s win at the World Championship had a positive impact on the team?

- It was huge for Finnish hockey, players had so much more confidence in their careers. Anttila scored a couple of important goals at the Worlds, he’s not usually a big goal scorer, and it helped his confidence. The start of the season wasn’t easy for him but the team started getting better with each game and Marko was getting important goals again. Antilla, Lehtonen and Savinainen each played a big role last season.

- Which of your players made most progress?

- Ahti Oksanen had a really good season. And Lehtonen, of course – I never expected such a great performance from him. Everyone did a great job. If we want to be successful, average is not good enough. It’s important what kind of players we have, what kind of set-up, and sometimes it’s hard to say goodbye to players who have been at the club for many years. If we want a better team, we need younger players. It’s the only way.

- Steve Moses was one of the players you had to say goodbye to.

- Steve’s a good forward, but he needs to be on the power play. He has a great shot. This season, we had enough players to fill that role. We really value his contribution to the development of the club, and wish him all the best in Switzerland. 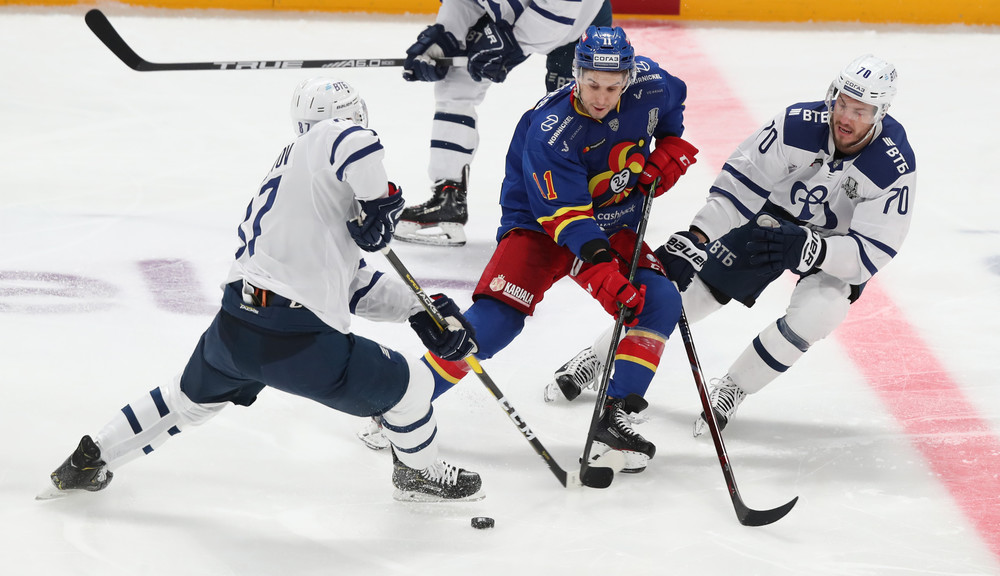 - This week you announced some changes to the coaching staff, with Pekka Kangasalusta and Ari-Pekka Pajuluoma joining the team.

- Mika Saarinen wanted to move on, that’s normal. We needed to look at what we need right now. Coaching is more about communication with the players, looking at the little details. Pekka and Ari-Pekka have plenty of experience working as head coaches and as assistants. They know what to expect on our team. I’m sure everyone will enjoy working together.

- Have you noticed any changes in the league in the last couple of years?

- The KHL is such a high-quality league. But, as a coach, I’m a bit worried about playing on smaller rinks. I don’t like 26 meters or 28 meters, I like the classic big European ice. The strength of Russian hockey has always been guys playing with the puck and it’s hard when an opponent only wants to defend on the smaller ice. I think people want to see goals; next season we’ll have to see how we need to change our game.

- Next season also brings the hard salary cap. Could that make your team into a contender for the Gagarin Cup?

- We know why they are doing this, and we’ve seen good examples in other leagues where it has made it better for every team. For us, our aim every season is to win, and we want out fans to celebrate with the Gagarin Cup. 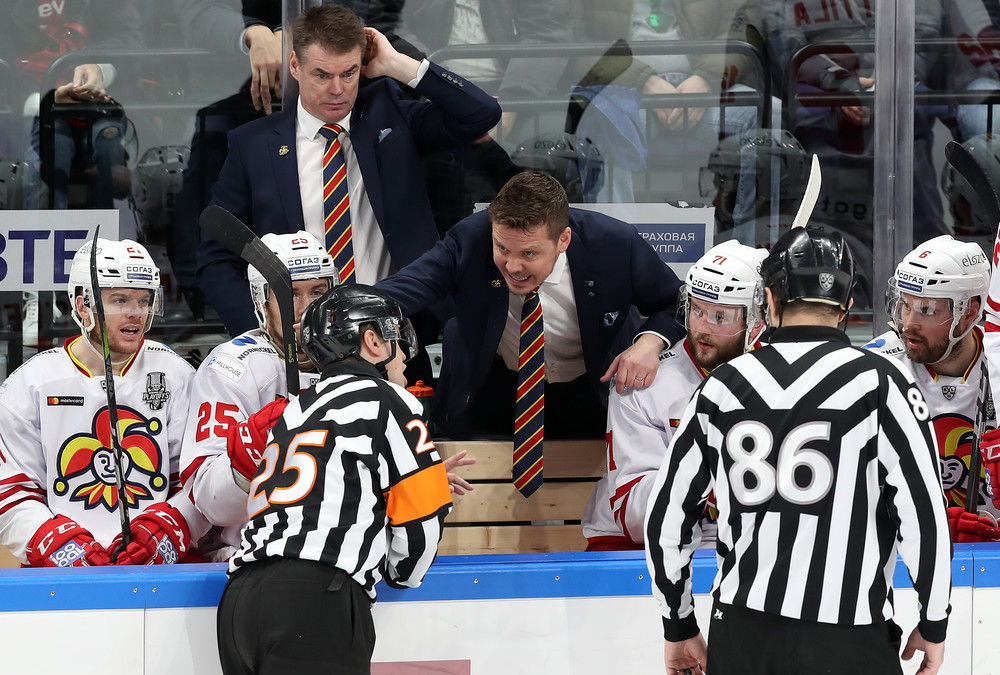