Pelino: ‘Lokomotiv will compete for the Gagarin Cup in the future’

Lokomotiv head coach Mike Pelino talks about his year in Yaroslavl, developing young players and the role of the veterans.

In the summer, Pelino joined the coaching staff of his fellow Canadian Craig MacTavish, newly appointed to the Lokomotiv hot seat. However, it wasn’t long before MacTavish left the club and Pelino stepped up to replace him. Loko made it to the playoffs, but lost out to Jokerit in the first round.

‘Cherepanov is the most improved player in the league’

How would you sum up your season?

Right from the start we had a good group of people, players and coaching staff alike. But we just couldn’t get going. The club president, Yury Yakovlev, made the coaching change. He relieved Craig of his duties and, a couple of weeks later, he asked me to be head coach.

Things started to come together. The players started to understand what we were asking of them, they worked extremely hard and respected whatever it took to find a way to win the games. We finished with a very successful regular season. Our win percentage was pretty good for a team that started 5-9-1.

Our young players developed really well, the experienced guys were great leaders and role models. Everyone on the roster made a contribution and we were able to make the playoffs. Then we came up against a very good Jokerit team. A team from the top four will always be the favorite in a playoff series, that’s the way it goes. If we’d knocked them out it would have been a bit of an upset. We had our chances but, unfortunately, we couldn’t quite do it.

Was it a surprise when you became head coach?

Well, it was never my intention when I came to Yaroslavl. I was hired as an assistant to Craig, who came to Russia for the first time. It was a good role for me due to my experience in hockey, in the KHL. Then the firing happened so quickly and I guess I was the right man to step up. I have plenty experience as a head coach, even here in the KHL. You might recall how Ilya Vorobyov went off to the World Cup of Hockey in 2016 and I was behind the bench at Metallurg. We won five of our six games while he was away.

Coaching is something you do as a group. Everyone has different responsibilities and as a head coach you have to provide guidance and leadership. You set the tone, in the course of the game it’s the head coach who determines who goes on the ice, what the tactics should be. For me, it was just another day at work. There are more responsibilities, more expectations, but that just makes me stronger.

There are reports in the media that you intend to retire.

I’m taking it one day at a time. I don’t look to the future, I’m more concerned about the present. Right now, our season is over and I’m back in Canada. When something changes, I’ll make my decision. 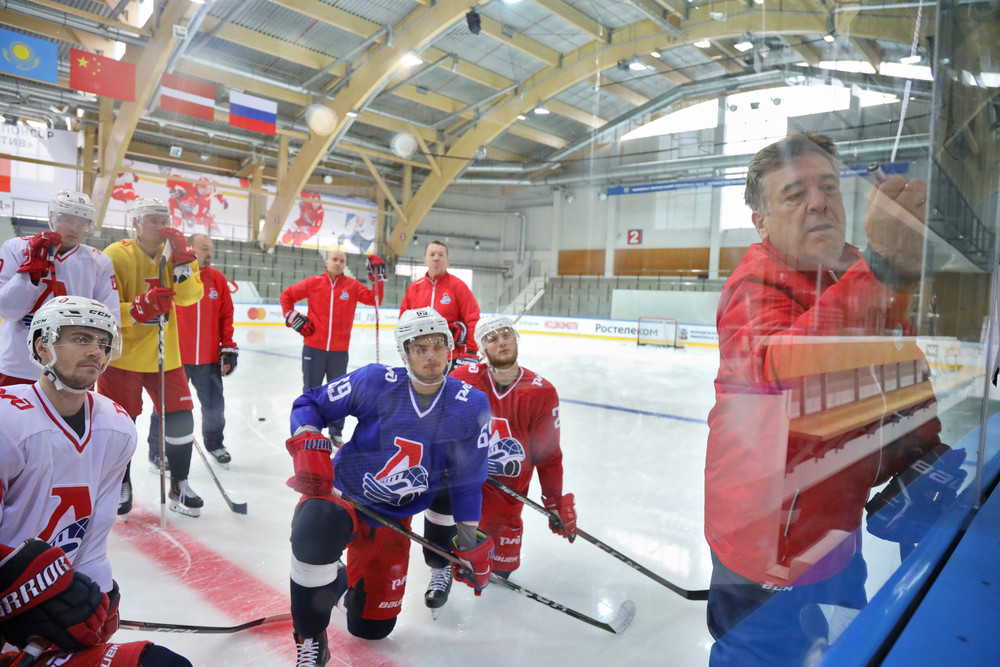 Staffan’s a special person. I wish I had the opportunity to work with him in his prime. When I was in Magnitogorsk, I remember he was a tremendous player, an excellent captain and leader on the ice. This season I got to know him as a person, I saw how important he is as a leader in the locker room as well. Unfortunately, the years began to take their toll. He wasn’t the player he used to be, but I was glad to have him on my team. He gave us everything he could but with his injuries I think he realized its time to hang up the skates.

At the end of the season, you put out the youngest roster in the history of the KHL for the game against Vityaz – an average age of just 21 years, 178 days.

At the end of the season we felt that it was important to give our veterans a rest and saw a great opportunity to play the talented young players in our organization. Everyone took it seriously, the kids went through all the emotions of a game in the big league. Vityaz needed to win the game, both teams played really hard. We tied in the end and lost in a shoot-out, but it was a real game experience for all our kids.

It was a bit strange to see a roster where guys like Rushan Rafikov and Nikita Cherepanov were the veterans. They’re only 25!

In this league, you need to grow up quickly. I think Cherepanov is most improved player in the whole KHL, he’s a real warrior, he’s made great strides in his development. Young players needed to be thrown in at the deep end so they can show what they’ve got, and they responded. Look at Denis Alexeyev as well, he has huge potential, unbelievable hockey smarts, but he still need to learn the game and keep going in the right direction. 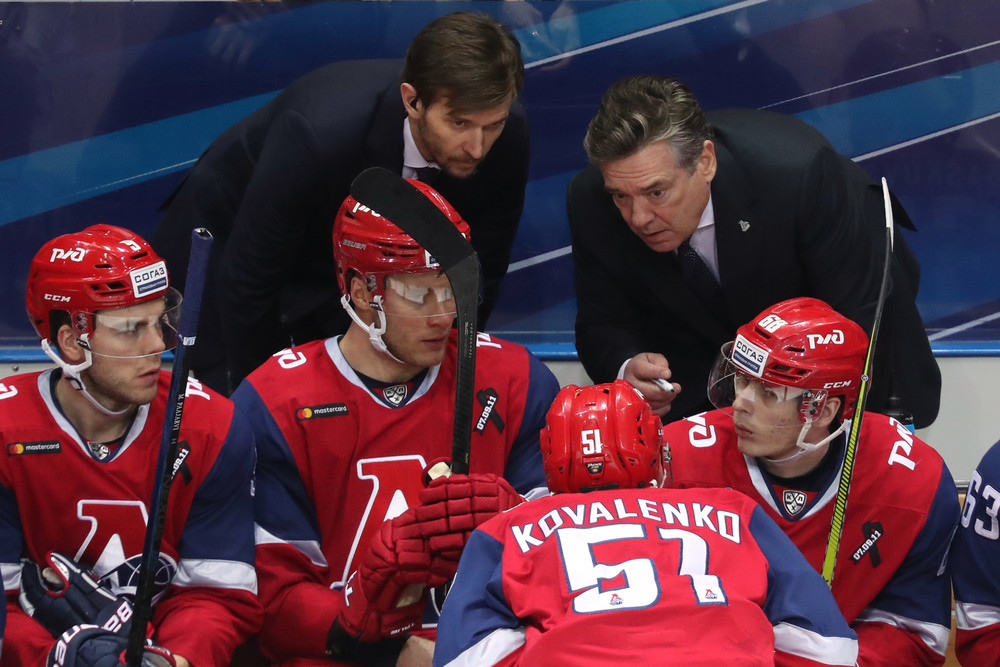 ‘Sometimes we expect too much from young players’

Not everyone benefitted from the competition for places. Pavel Kraskovsky and Alexander Polunin were two top prospects in recent years, but didn’t get much game time this year.

When you have a lot of talented players in your program, somebody has to miss out. Unfortunately, this season it was Pavel and Sasha. We always put the team on the ice that we think will give us a win. These guys still have an opportunity, they just need to take it.

A lot was expected from Ilya Konovalov. Last season he was the KHL’s top rookie, but this year he seemed to suffer from sophomore syndrome?

People often expect too much from young players. He’s only 22, and he was asked to be our #1 goalie. Ilya’s a classy goalie, he gets it, but it’s hard for him. You see how players like Igor Shestyorkin, Ilya Sorokin, Andrei Vasilevsky, Ilya Samsonov all went at their own pace, they weren’t rushed into a starting role like Konovalov. It’s hard to demand that kind of consistency from a kid. And I don’t want to say anything bad about Alexander Lazushin, he was a big help for the team this season.

In the playoffs, your imports didn’t contribute as much as you might have hoped – with the exception of Stephane Da Costa.

Stephane really came up big in the playoffs, he’s one of the most talented players in the KHL in recent years. The other guys didn’t have the same success statistically. We hoped for more from Anton Lander and Magnus Paajarvi, but again that’s about the stats. Lander did a lot of good things for us on face-offs, on the PK, but success is measured differently. 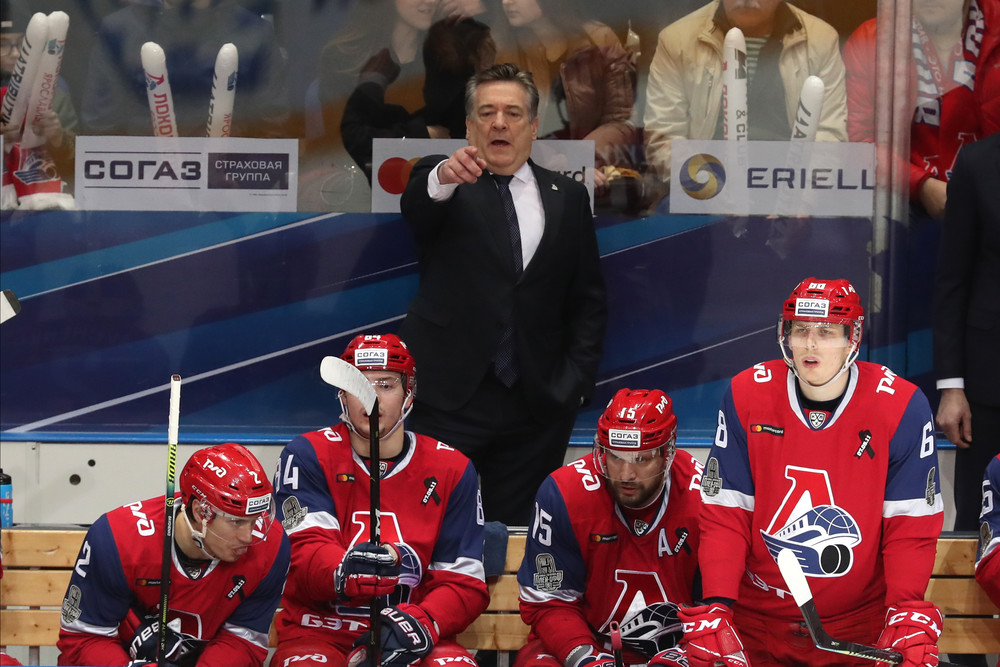 And what about Vladimir Tkachyov, who seems to have rebooted his career after joining Lokomotiv?

I think he came to us at the right time for him. The way we work enabled him to really work on his strengths. He’s got everything he needs to be a strong, exciting player but maybe he was lacking in a bit of self-belief when he arrived here. I think he’s really taken his chance since joining us.

As well as the youngsters, you also had Andrei Markov and Alexander Svitov. How valuable were they as role models on the team?

Any young player needs good examples to follow, people to show them how they could be if they dedicate themselves to fitness. We were fortunate that we could sign Andrei Markov and it was a real blow that he got hurt in his first game. Markov is a true pro, he’s always the first one at practice, he works and works – and that’s at 41 years of age! Maybe he wasn’t quite at his old level, but he was a great example for the rest. And I can say the same about Svitov. He’s a winner, a warrior and a leader. He was unbelievable in that locker room and when the KHL creates its Hall of Fame, Svitov has to be one of the first in there.

Next season will bring a hard salary cap to the KHL. Do you think this will help Lokomotiv make a real challenge for the Gagarin Cup?

Lokomotiv has an unbelievable hockey school. If the club can sign good free agents then it will be among those battling for the top spots. The idea of the salary cap is to bring more parity to the entire league. Even now, we’re seeing more competition every year but the situation should change for the better and every game will be hard to predict.

And finally, what did you gain from your time in Yaroslavl?

All my seven years in Russia are quite special for me. First of all, just the opportunity to live in this country, to be part of the KHL. Then to help win two Gagarin Cup and play two more finals. This year, stepping up to be the head coach, it’s like every player wants to be on the power play, wants to have a go in the shoot-out; everyone wants to see what he can do. I’m grateful to everyone at Lokomotiv for the relationship we shared on the team. It was a great experience for me and I hope it was for the players as well. 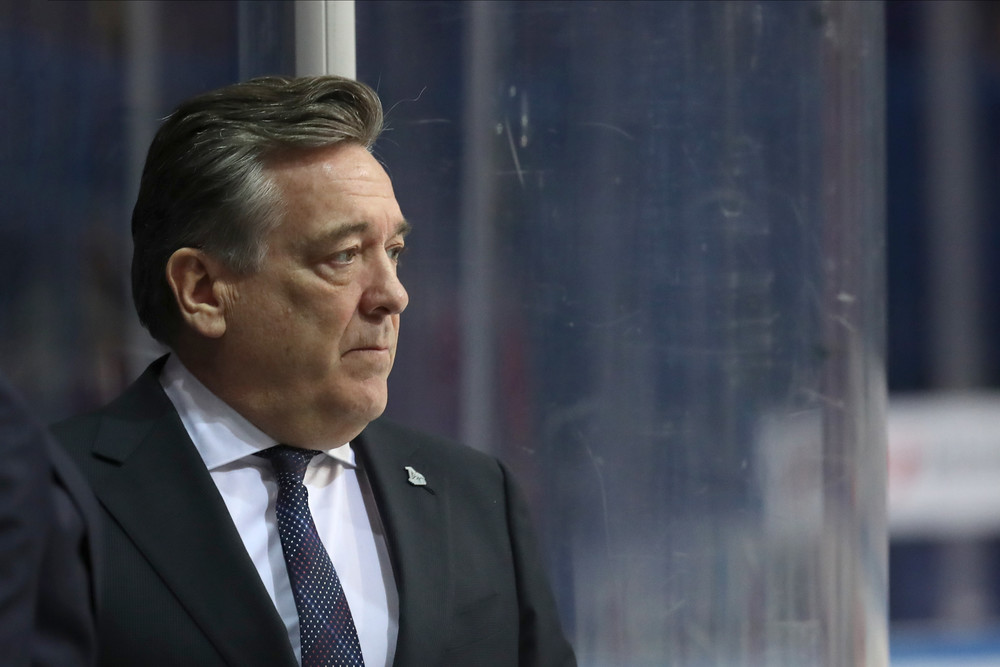