Thanks for the memories, Linus!

Linus Omark, one of the most productive imports in KHL history, has confirmed his departure from Salavat Yulaev. The 33-year-old said at the start of the season that this would likely be his last year in Russia and, following the early end to the playoffs, he bade farewell to Ufa.

In a post on his Instagram, Linus Omark wrote: “I am proud to have spent my last five years in such a world class club as Salavat Yulaev. From the first day, my family and I have been welcomed with open arms by the city and the people of Ufa. This is the place where my kids spent their first years and we will always carry it with us. I will hold the memories created dear to my heart.”

The forward also paid tribute to Teemu Hartikainen, Maxim Mayorov and Zakhar Arzamastsev, who played with him throughout his five years at the club. In response, Hartikainen posted: “I’m really going to miss one of my best friends and greatest hockey player I ever played with.”

But Omark’s departure is loss for the whole league, not just his team-mates in Ufa. The Swede, 33, has a deserved reputation as one of the most exciting players in the competition. Throughout his career – in the KHL, in his homeland or across the Atlantic – he’s known as the creative spark on his team. Omark is the player who makes things happen, who’s not afraid to take a chance on something extraordinary. It’s not just that he piles up the points – and plenty of them. It’s the manner in which he gets them: audacious assists off outrageous feeds that most players would struggle to spot, never mind execute; flamboyant finishes, defeating goalies with a rapier thrust rather than the bludgeon of a blunt weapon. The highlight reels tell their own story.

Regardless of team loyalties, any competition with Omark involved is more watchable as a result. The only people who won’t be sorry to see him leave will be the legion of defensemen he has outwitted over the years.

There’s more to Omark’s KHL career than Ufa, though. He first played in the league back in 2009/10, suiting up for Dynamo Moscow. In October of that season, he was named KHL rookie of the month and went on to compile a respectable 36 (20+16) points in 56 games that season on a roster dominated by Mattias Weinhandl and Jiri Hudler, but had nothing as Spartak dumped the Blue-and-Whites out of the playoffs at the first time of asking.

After that, it was off to North America and immediate controversy with a spin-o-rama attempt to win a shoot-out on his Oilers debut. Those glimpses of his flair kept fans in Edmonton intrigued, but his numbers never quite added up to a long NHL career.

He returned to the KHL in 2014/15, joining Jokerit as the Finns arrived in the League. And it was some arrival, forming part of the dazzling Lo-Ko-Mo line with Petr Koukal and Steve Moses, good for 133 points between the three of them. They added 22 more in the playoffs as Jokerit reached round two in its debut year in the KHL. 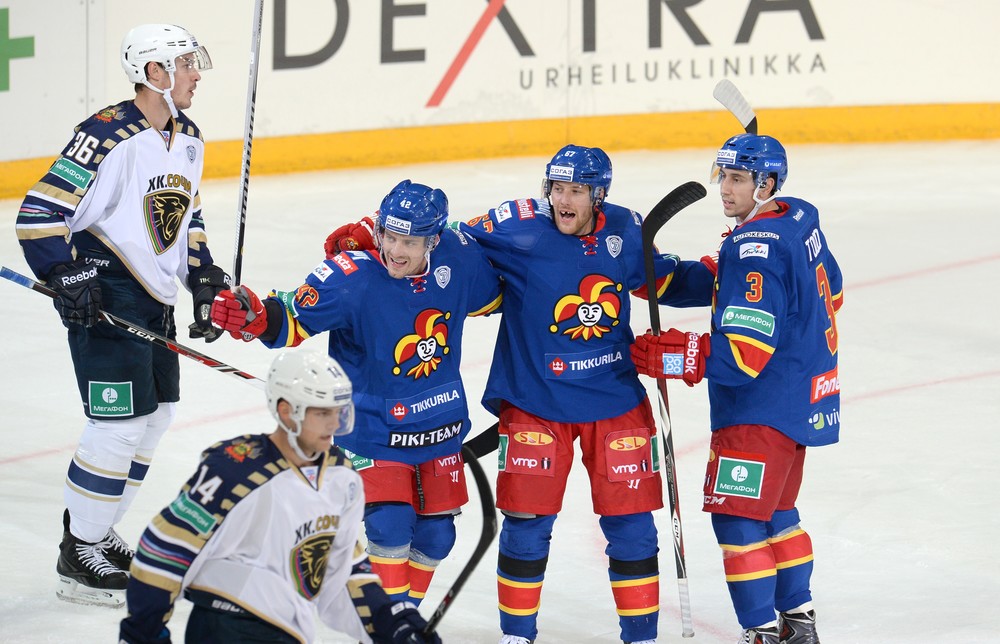 The points piled up faster than ever: his first season at the club brought his best regular season haul in the KHL with 57 (18+39) and he broke the 50-point barrier in every season bar 2018/19. To make up for a mere 49 points in that regular season, he responded with his best playoff tally of 18 (4+14) points in 17 games. And, on the international stage, there was World Championship gold in 2017 and an Olympic call-up for the following year.

The only thing missing was a Gagarin Cup triumph. After Ufa’s run to the Conference Final last year, there were high hopes that Nikolai Tsulygin’s team could go further this time around. An impressive first-round win over Avangard, runner-up a year ago, gave substance to that ambition; Omark, inevitably, was at the forefront of the team’s performance, setting records with 12 (1+11) points in those six games. But then came the pandemic and an abrupt end to the season. Of the many unanswered questions, speculation about whether the Swedish wizard might conjured a cup for Salavat is one of the most compelling talking points of a longer-than-usual summer. 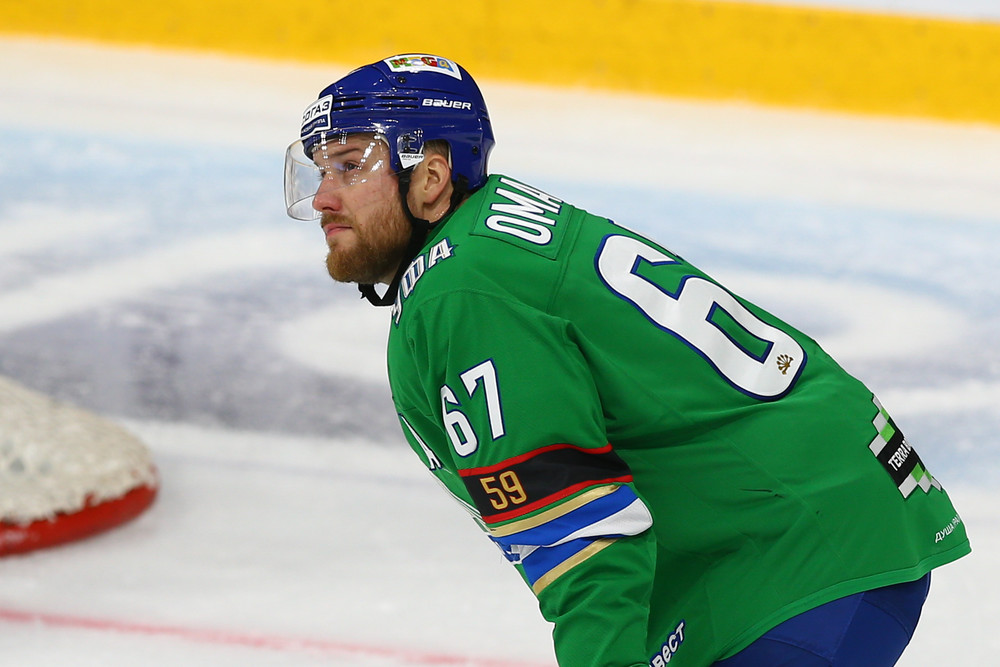 Omark himself is in no doubt. His farewell message to fans in Ufa stated: “I promised you the cup before the season, but unfortunately, we cannot control what is happening in the world right now. I still truly believe that we would have stood there in the end.”

However, the manner of Omark’s departure was necessarily awkward. Hastily leaving Russia as the prospect of closed borders grew ever more real, there was no opportunity for a proper farewell. Instead of kind of end-of-season send-off the Swede deserves, there was a hiatus followed by a message on social media.

Some tried to muddy the waters: an interview in a Swedish newspaper gave the impression that Omark left in haste and anger, unwilling ever to return; the player insisted he was misquoted and the offending article was later rewritten to omit the contentious quotes. And it’s clear from the reaction of fans in Ufa that Omark very much commands the respect and affection of those who enjoyed his play for so long at Salavat Yulaev.

I promised you the cup before the season, but unfortunately, we cannot control what is happening in the world right now. I still truly believe that we would have stood there in the end. With that I am sad to say, all good things come to an end. I am proud to have spent my last five years in such a world class club as Salavat Yulaev. From the first day, my family and I have been welcomed with open arms by the city and the people of Ufa. This is the place where my kids spent their first years and we will always carry it with us. I will hold the memories created dear to my heart. Big thanks to my teammates, especially to #16, #92 and #70 who have been there with me the whole time. And to you, all of the fans, it has been a pleasure. You have been amazing and without you, hockey is not fun. I will always have a green heart, wherever I play #greenmachine. Thank you for all the good and bad times! Spasibo With love /#67