Pirnes: ‘If I hadn’t played with Mozyakin, I wouldn’t have set records!’

KHL.ru continues to unearth the stories of some of the most notable achievements in the history of the league. The latest edition focuses on Esa Pirnes, a Finnish forward who played just one season in the KHL, but who used that time to set a record that stands to this day.

Esa Pirnes, a center, signed up with Atlant a few months before the start of the first KHL season in 2008. At the time, he had won two World Championship bronze medals with Finland. He also helped Tappara to the Finnish title in 2003 and picked up several individual awards in his homeland.

“Before coming to Russia a played a few years in Sweden with Farjestad. I was regularly involved with the national team at the Euro Hockey Tour and, if I remember right, I played in every game in 2007-08 before going to the World Championship. At that time, Atlant got in touch. They were looking for a two-way center who could also score points. While I was in Halifax at the Worlds, we closed a deal. Not long after that, Leonid Weisfeld, the club’s GM, flew to Helsinki and we signed a contract.

“Everyone knew that the KHL was going to bring something new to the hockey world, but nobody knew exactly what to expect. Personally, I wanted to play in a strong league. My wife and I were expecting a child, so this offer was a good chance to test myself in Russia. My family stayed home in Helsinki and I went to Moscow,” Pirnes recalled. 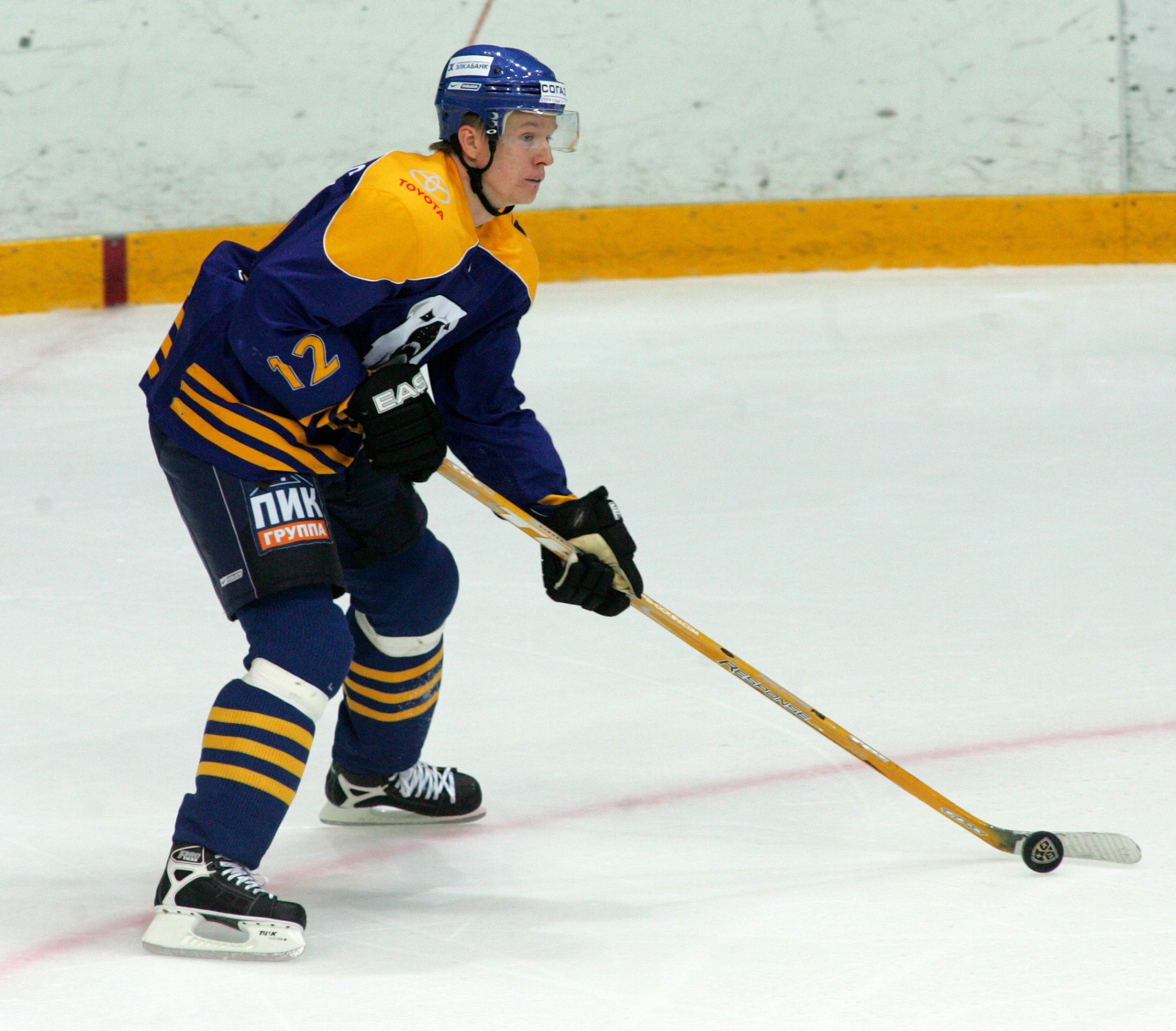 How did he play in the KHL?

In a single campaign with Atlant, Pirnes scored 50 (22+28) points in the regular season. That’s a record for a Finnish player in the KHL that still stands today, although in 2019/20 Jokerit defenseman Mikko Lehtonen came close with 49 points. Until this year, Pirnes was also the leading Finnish goalscorer, but he was overtaken last month when Dynamo Moscow’s Teemu Pulkkinen potted his 23rd of the season. However, Pirnes did not play in the playoffs and Atlant went out in the second round.

“Of course, I’d heard people talking about how in Russia the training was really tough and you might be working 10 hours a day in the summer. Luckily, Fyodor Kanareikin and Valery Bragin followed a more European style. We had two sessions on the ice each day during our summer camp in Pajulahti, but the second was devoted entirely to special teams. At first, they had me on a line with Jan Bulis, but once the season started I was alongside Sergei Mozyakin.

“I remember how even when we were on the power play and had four forwards on the ice, I had to work in front of the net. Nobody liked that job and there were plenty of skilled guys on the team. Mozyakin is the best winger I ever played with and he’s a great guy. If it wasn’t for him, I don’t think I’d have set that record. Magnus Johansson, Ray Emery and I couldn’t speak a word of Russian, so the club set up some lessons for us and that made our stay much easier.

“There were never any problems with the coaches. Kanareikin speaks good English, plus he played for Jokerit in the past. The coaches explained what they expected from us and I think we managed to do that. Certainly, I don’t remember any big complaints about us. One of my favorite memories was the All-Star Game on Red Square. That was a unique experience for me and everyone else. Of course, it was very, very cold – maybe -20C? 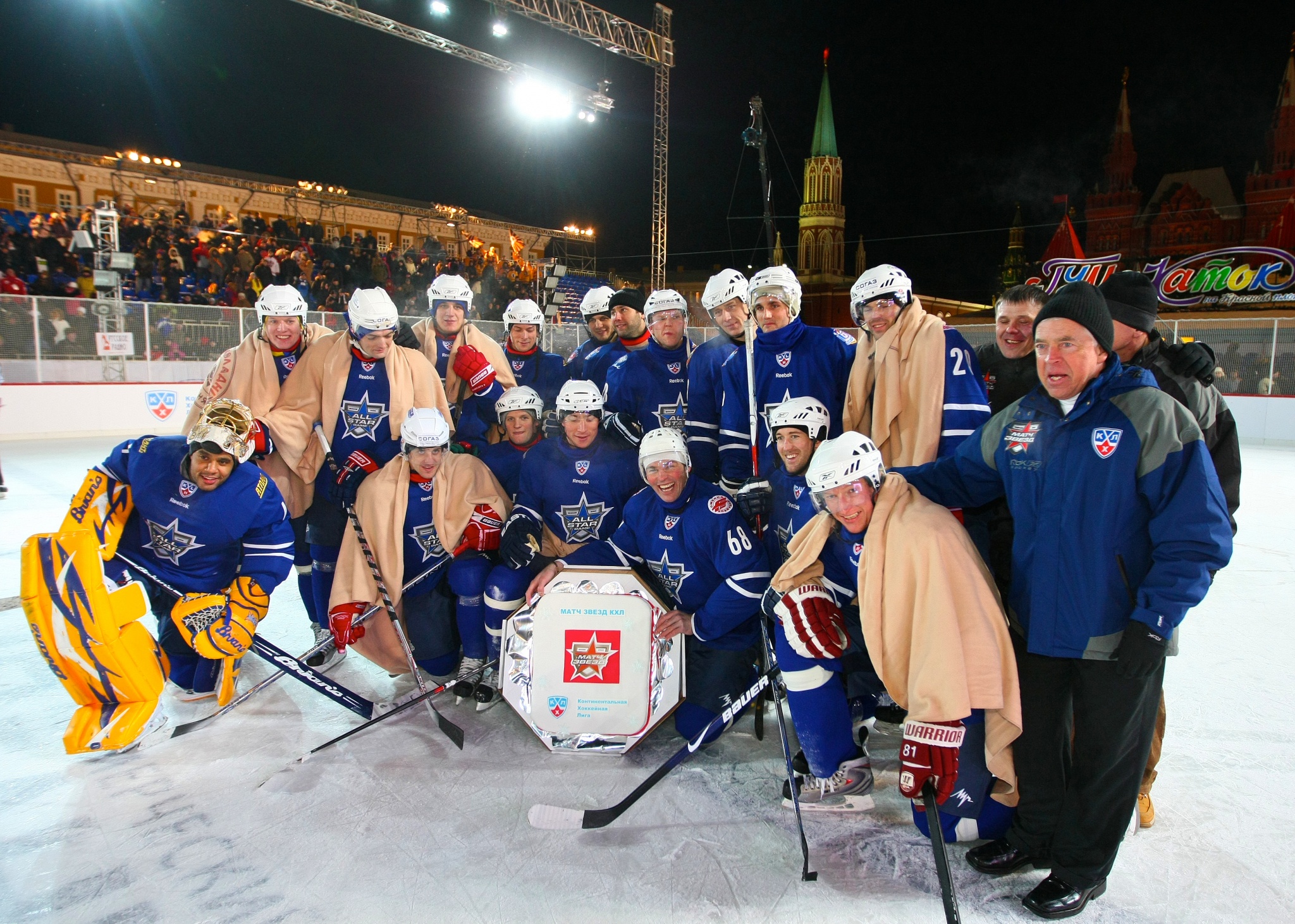 “In the last few years, I’ve been thinking about who might break my record. I was sure that Mikko Lehtonen would get there this season. Every record is there to be broken, and I’ll be very happy for whichever of our Finnish players can break this one. Who might do it? If Omark stayed in Ufa, I’m sure that would help Teemu Hartikainen and Sakari Manninen get close. And I wouldn’t rule out Mikael Ruohomaa at Sibir, or Teemu Pulkkinen. But a lot depends on whether they can stay healthy and play a full season without injuries.

“Unfortunately, I couldn’t finish the season with the team, but there was a reason for that. The regular season ended on Feb. 26 and on Feb. 28 our daughter was born. I went home, but there were complications and for a time the doctors were fighting for her life. I was in constant contact with the coaches, but I couldn’t go back to Russia because I couldn’t leave my wife and child alone. She’s fine now, but at that time one of the happiest days of our lives almost turned into a nightmare,” Pirnes said.

Pirnes retired in 2016 after one last season with his hometown team, Karpat Oulu. Today he still follows the KHL, working as a pundit at Jokerit’s home games for Viasat.

“I retired in 2016 after winning two more Finnish titles with Karpat. Right after that, Iiro Harjula, a producer with Viasat, asked if I’d like to join the team working at the World Cup of Hockey in Toronto. After that, I started working at Jokerit’s games. I enjoyed it right from the start. Times are changing and few of the guys I played with are still in the game, so I have to work hard to keep up to date.

“For a couple of years after my retirement I had a ‘regular job’, working in recruiting consultant, but then decided to concentrate on television work. This work suits me better. In the morning I take my daughter to the rink for her figure skating practice, then I spend some time with my family and in the evenings I head to the arena, just like when I was playing.

“We work in the studio for all of Jokerit’s home games. Our team has Jukka Jalonen, head coach of the national team, and Antti-Jussi Niemi, who you might remember played in the KHL. This season we were joined by Ville Niemien, Oskar Osala joined us for the games against Metallurg. In the first year I saw everything like a player but now I find I’m starting to think like a coach. Maybe one day I’ll go into coaching. In the summer I help Teemu Selanne at his academy, practicing shooting with kids,” Pirnes concluded.