12 from 12. Best defensemen: Kronwall and Rylov

12 from 12. Best goalies: Gelashvili and Karlsson

Q: How would you evaluate Dinamo’s season? Was this more of a development year?

We had two goals as a team this past season: make it to the playoffs and find and develop new hockey talents for Dinamo and Belarus. The latter one was definitely achieved. Anyone can visit khl.ru and find statistics on goals, points, minutes played and shifts for young players in Dinamo Minsk this season, compared to previous seasons – the club has never invested in young players like this past season. And that will pay off in the nearest future. In fact, you can already see the progress – just look at the leading roles those boys are playing in their teams in Belarus Extraliga playoffs (don’t underestimate its level!). I’m sure this is just the beginning for them, and they will become a new, winning generation of players for Dinamo and Belarus.

As for not making it to play-offs – there were many reasons for that; analyzing it requires time and detailed work, which is happening now. We will discuss that in media later. At this point I’d like to say that we recognize that we have not achieved what the fans, management and media wanted, and we take it very seriously, with no excuses, and we are working hard to improve significantly next season.

Q: It was your second year in the KHL. How much was different from your first stint?

As for our team, in my first year here the composition of the roster was very different – we had a lot of Belarus national team players who were in prime of their careers, and that was a major contributor to making it to the playoffs with 105 points in the regular season. They were the backbone of our team, providing consistency and key contributions on a nightly basis. That helped us to win games, especially when those games were tight. We didn’t have that this year; just look at the number of games we lost in overtime or the number of the games we lost by one or two goals. But, we understand, that given where we are in our process, this is what you get when the team is going through a change in generations.

Definitely, yes. The number of teams went down to 24, that automatically increased competition for places in rosters and pushed the overall quality of players up. The same is for coaching – I’ve seen a lot of good coaching, a lot of different styles and approaches, which provided us good challenges to compete against on a nightly basis. You could expect a surprise in every game – and that is a sure sign of high competitiveness.

Q: Belarus is very well known for high pressure on players and coaches. Do you feel it, and how do you cope with it?

The pressure is there for sure – a lot is expected from Dinamo in Belarus: to win, to play a style of hockey which is attractive for spectators, to develop players for the national team. The laws of physics say that to withstand that external pressure, you have to put the same pressure inside… and this is what we are trying to do here, all of us – coaches, players, personnel. If you don’t do that – you’re squeezed and you’re out. You have to accept that if you want to work in Dinamo Minsk. 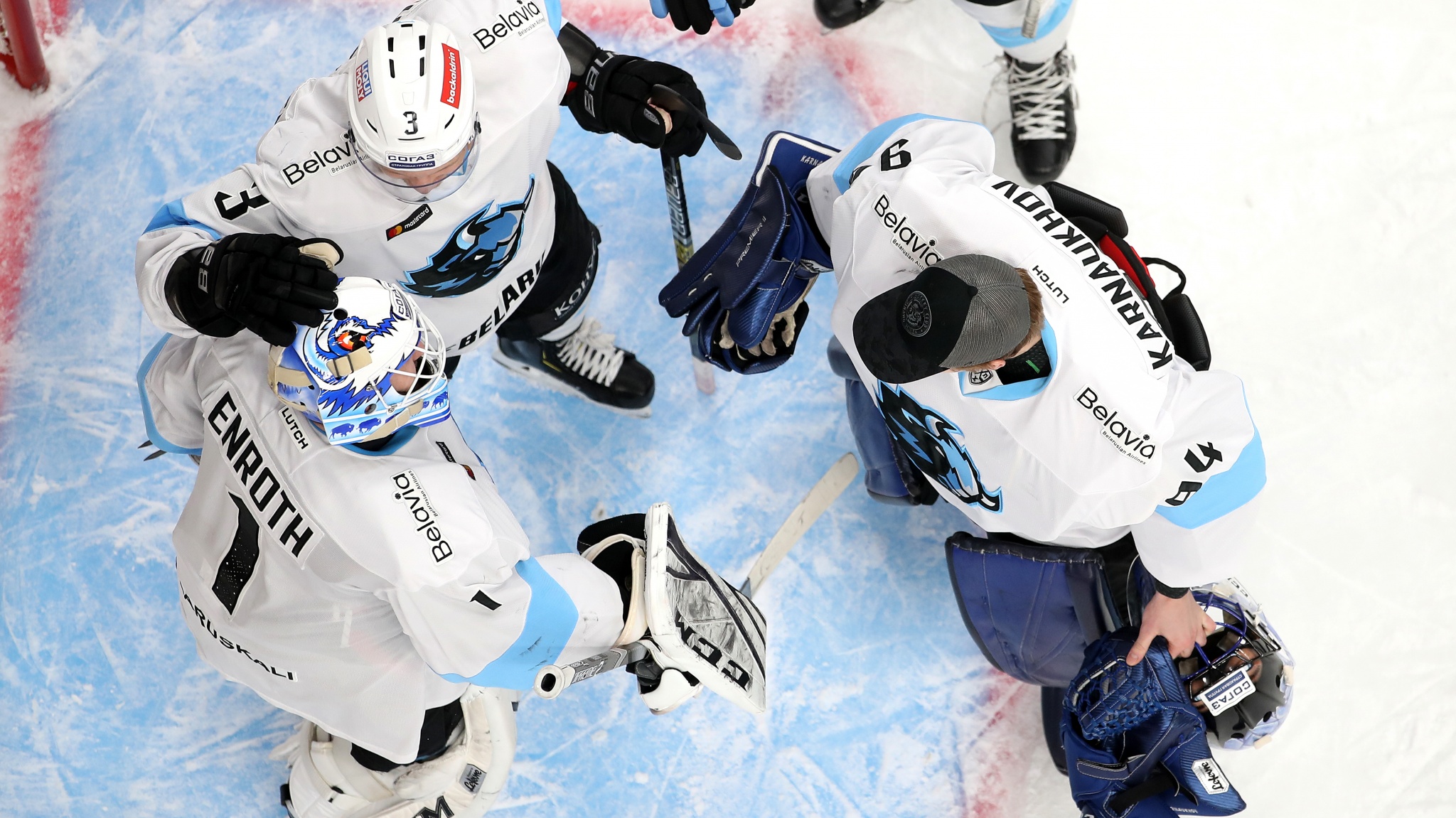 Q: What caused those long losing skids during the season? Was there a problem with the team’s mentality?

It was a combination of several things, starting from many long-term injuries to key players. As an example, for the most part of the season we played without 3 of our top six defensemen. Or, our #1 goalie being out for almost a month right when we thought our team started to find our identity and play our game. There were other factors – many inexperienced players, and not enough leadership where it was expected from import players and Belarus veteran players. The latter factors lead to dips in psychology when losses started to pile up and they were very difficult to overcome.

Q: Goaltending was kind of a problem this year, you used a lot of guys. Was that more about the defense, or about the goalies themselves?

For a team like ours – not rich in budget and going through a rebuild, 92+% goaltending is a must to have chances to win a place in the playoffs. And we didn’t have that this past season. That’s why we had to try five goalies. And I have to say we expected more from each one of them, may be with the exception of Tolopilo, who played well enough for his age. But I don’t think that it’s fair to put blame solely on their shoulders, it’s a shared responsibility, it’s on everybody. Sometimes we showed inexperienced plays on a blue line, especially in games where we didn’t have all our imports; that allowed opponents to create opportunities that normally shouldn't happen. It’s on everybody and I think we as a group, need to understand how each of our jobs rely on each other to be successful. Once all of our players realize this, we can then each be a part of the solution to improve this essential area of our game.

Q: The biggest stories of the season involved Vyacheslav Gretsky. What could you say about this player and his crazy goal against CSKA? How team react on All-Star game participation?

Everybody inside the team and coaching staff were happy and excited for his All-Star Game selection, even knowing that he had minimal time on the ice. We understand that the fans select the players and this is part of the process. It’s a good experience, an eye-opening experience and a chance to play, be around the best players of the league. Who wouldn’t benefit from that? We knew that it would be good experience for him. 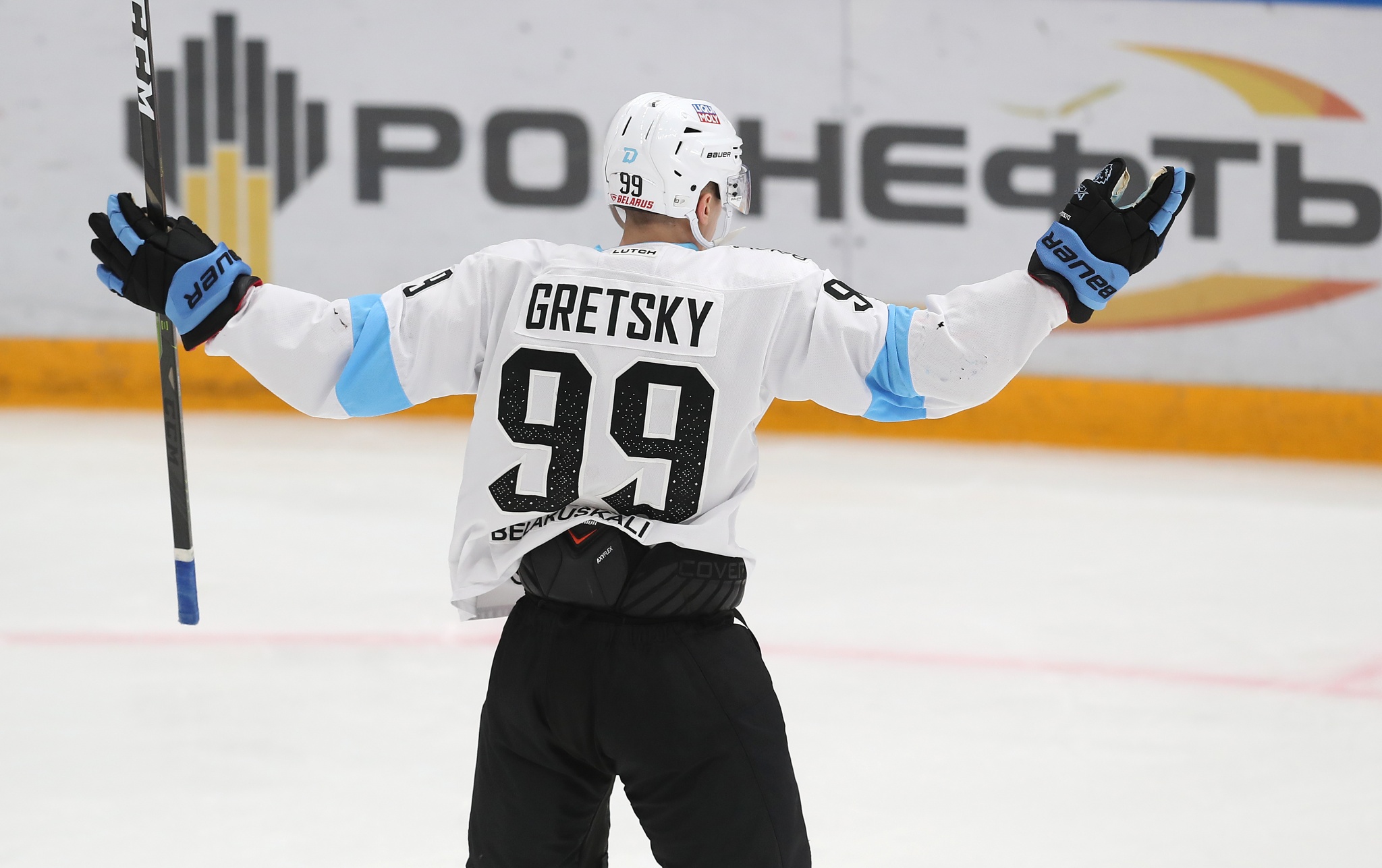 Goal against CSKA... During the summer we identified that he has these scoring attributes, that skillset. We know he has these abilities, we worked with him intensively during the whole year to build these skills, to polish his game. Now he can really showcase them. It doesn’t surprise us. We have real hope that there is more from him in years to come. He needs to keep working, to press forward and get better.

Q: Mikhail Grabovsky worked the first year as a coach. Does he have the potential to be a good coach?

Mikhail’s contribution to coaching staff was excellent this year. He came in fresh off being a player who played at the highest level and had a lot of personal success. His insights and knowledge of the game were very valuable for me personally. He brought a players’ viewpoint to the coaching staff; how best we should present things to the players and how we should look at our decisions with a player’s perspective in mind. Yes, there were setbacks. It’s his first year in coaching and I think he learned a lot about team structure and it’s importance to winning, how to build a system of play and just as importantly, building a culture. Grabo is the type of guy who has an insatiable appetite to keep learning and getting better. He has a tremendous work ethic, the best thing about him is that he cares about hockey, about our team, about hockey in Belarus, and most importantly he is extremely passionate about this team and our players, and getting us to a higher level.

Q: What kind of experience was this year in Minsk for you?

To be honest, it was a very difficult year for everybody involved. Losing sucks, losing takes a toll on everybody, physically and emotionally. I’m trying to put everything in the right prospective, understanding that we’re in a process, and in the early stage of a rebuild or generation change. There are going to be steps taken moving forward, and there will be many steps taken backward along this road. We must stay focused on where we want to go as a team and as a country, and we must not deviate from this plan. There were a lot of good moments, highlights, a lot of indicators that give us optimism as we move forward as a team, as coaches. Our job now is to stabilize, to continue find ways of getting better, pushing our players to a higher level so we can achieve more as a team. Those are challenges. Throughout this process, we must continually analyze what we did well and what works, and just as important, what we did not do well, what we need to improve and learn from these mistakes. When this process is done with integrity and honesty; I really believe we have enough smart people in our coaching staff and management to make right decisions that can allow us to grow and get results as we move forward.

Q: Next year the league will impose a hard salary cap. Do you think this will increase the level of competition?

The idea of a hard salary cap is to level the playing field. So, I think basically it means more teams are going to be more competitive instead of a few teams that have bigger budgets. It’s going to make the league even more interesting, it should be extremely competitive on every given night, when anybody could beat anybody. Teams should be ready and understand that every game is important and every game is winnable.