Staffan Kronwall, one of the KHL’s longest-serving imports, is hanging up his skates after nine seasons in Russia. The Swedish defenseman announced his decision last week following Lokomotiv’s exit from the playoffs.

It wasn’t quite the end that the 37-year-old had hoped for, with Loko losing the first three games of its series against Jokerit and never quite recovering. But the hugely popular club captain spoke of his affection for Yaroslavl as he headed home.

“I will remember the time I spent here for the rest of my life,” he wrote on his Instragram page. “Yaroslavl became a second home for us, and my family and I are truly grateful.”

The respect was entirely mutual, with Lokomotiv tweeting: “Thanks for everything, legend!”

The journey to Russia

Staffan Kronwall took up the game in his native Jarfalla and made his senior debut for Stockholm-based Djurgardens in 2002. He was drafted by Toronto and followed his older brother Niklas across the Atlantic. He had 66 NHL appearances for the Maple Leafs, the Caps and the Flames, but his greatest success came in the AHL where he helped Hershey Bears to the 2009 Calder Cup.

However, life on the bubble in North America began to lose its appeal and in 2011, following a season on loan at Djurgardens, he arrived in Russia to play for Severstal. In Cherepovets he was a valued member of the team, clocking 23 minutes each night as he helped the Steelmen make the playoffs. He formed part of an impressive defense with Maxim Chudinov and a young Bogdan Kiselevich providing a solid wall in front of goalie Vasily Koshechkin. That Severstal team also featured Vadim Shipachyov up front, with Evgeny Ketov as another emerging talent on the roster.

A successful first season in the KHL attracted Lokomotiv’s attention, and Kronwall arrived in Yaroslavl to form part of a new-look team. The Railwaymen missed the 2011/12 campaign due to the air tragedy at the start of the season; Kronwall would play a huge role in helping to rebuild the club as a force in the Western Conference. The big Swede led the defense in scoring with 22 (10+12) points that season, earning an All-Star call-up and helping his team reach the playoffs on its emotional return to the big league. Of his colleagues on that fresh roster, only forward Yegor Averin remains at Lokomotiv to this day, with fellow long-serving forward Daniil Apalkov leaving for Dynamo Moscow back in December. 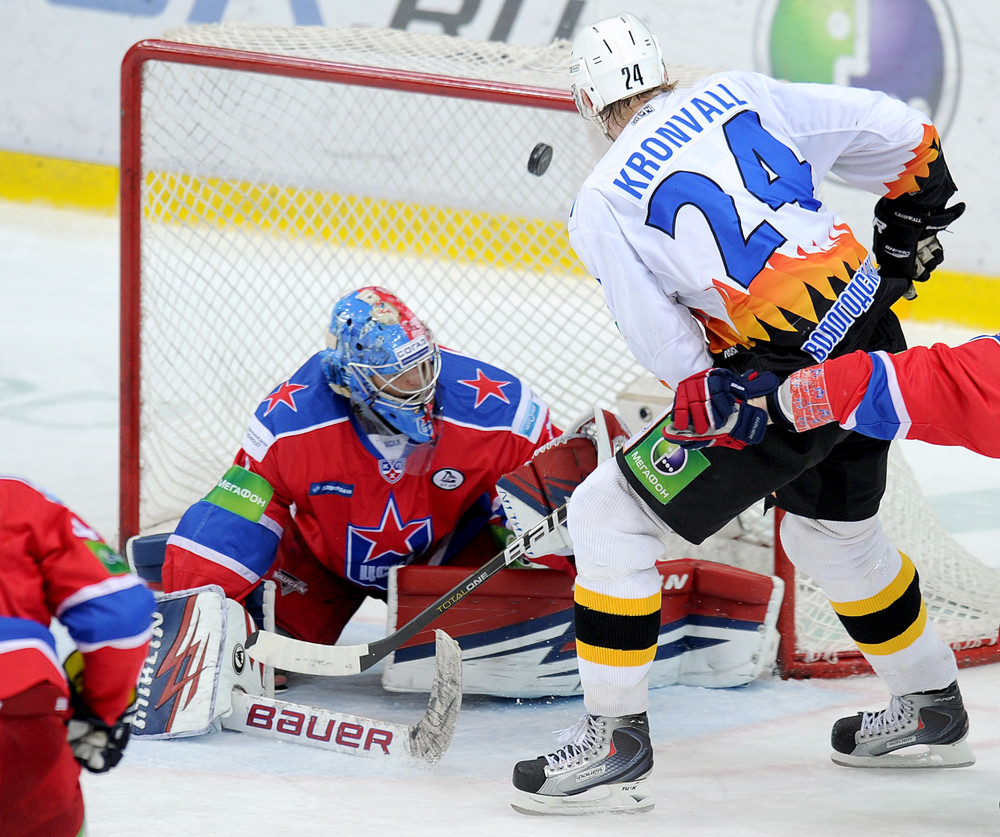 However, 2013 was more memorable for Kronwall on the international stage. He was named Sweden’s captain as the Tre Kronor co-hosted the World Championship, and his team helped to ‘break the curse’ and deliver gold on home ice in Stockholm. No host nation had won the championship since the USSR triumphed in Moscow in 1986 and, for much of the tournament, it wasn’t clear that Sweden would be able to change that. The group phase was unimpressive, Kronwall & Co advanced but scored just 17 goals in seven games. However, a shoot-out win against Canada in the quarter-final gave the team belief, a 3-0 victory over bitter rival Finland set up a shot for the gold and a 5-1 thrashing of Switzerland in the final banished the curse in emphatic style.

As captain, Kronwall was focused on his defensive duties, producing just one assist in 10 games. But his leadership role far outstripped his stats, whether that was keeping the team together on the ice and in the locker room, or taking center stage as his team-mates cavorting through a raucous repertoire of songs and victory dances at the official celebration in Kungsträdgården the day after the final.

Kronwall would go on to win more caps than any other Swede playing in the KHL, culminating in four appearances at the 2018 Olympics in PyeongChang. Meanwhile, back in Yaroslavl, he was starting to earn cult status. 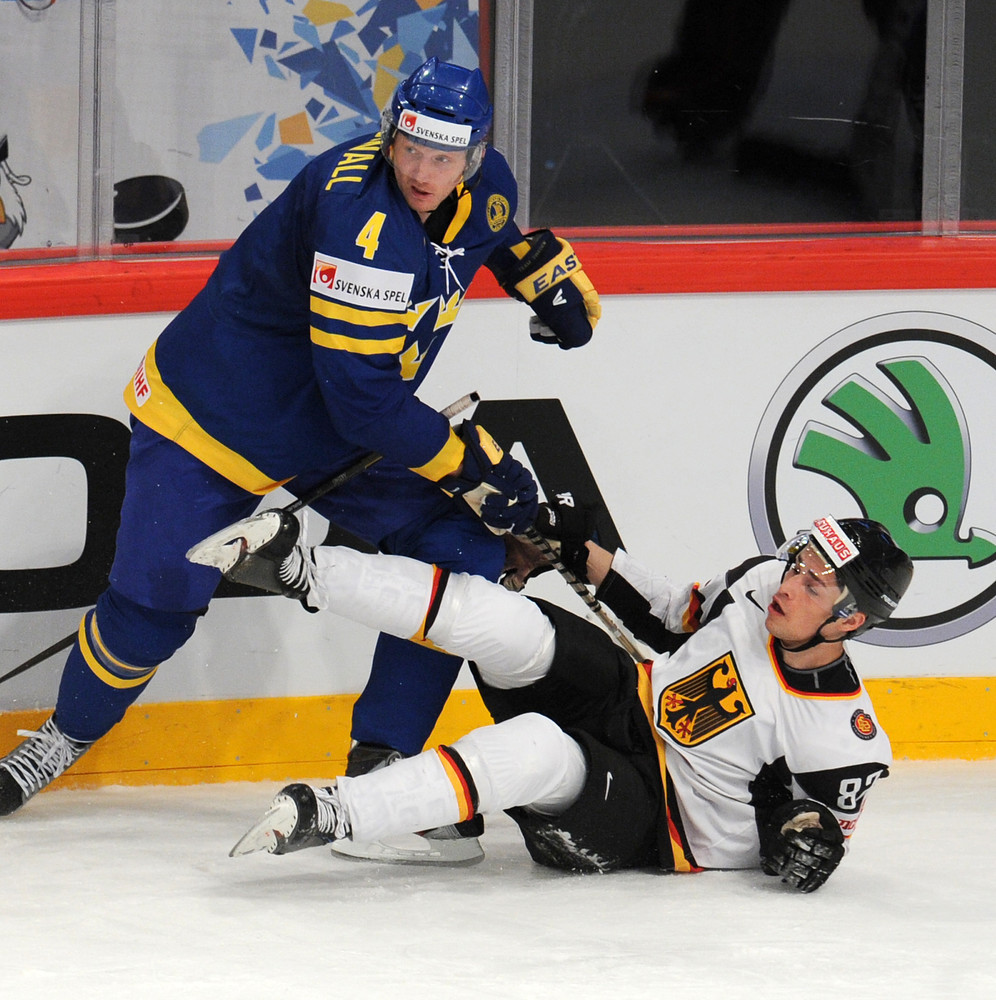 The 2013/14 season was something of a breakthrough. Lokomotiv got to the Western Conference finals, defeating defending double champion Dynamo Moscow in the first round before surprising SKA in the second. Lev Prague’s memorable run to the Gagarin Cup final ended that dream, but Kronwall’s hard-hitting, hard-shooting game established him as a firm favorite in Yaroslavl.

By 2015, he was team captain. The following season, he led Loko back to the Conference final, playing a big role in the shock win over CSKA along the way. By now, Kronwall was an elder statesman on the team, providing vital guidance to the crop of youngsters emerging on Alexei Kudashov’s roster. Fellow defenseman Vladislav Gavrikov, just 21 at the time, was perhaps the most prominent of them. The future SKA and Columbus Blue Jackets blue liner would go on to help the Russians to Olympic gold in Korea a year later.

There was more to come. In 2017/18, the defenseman led Loko’s scoring – forwards and defense alike – with 35 (10+25) points in regular season. That brought another All-Star call and cemented Kronwall’s status as one of Loko’s legends.

In total, the Swede totted up 201 (54+147) points for the Railwaymen, making him the most productive import in club history. His full KHL career, including that season with Severstal, encompassed 553 appearances with 59 goals and 161 assists. Truly, the KHL was Kronwalled. 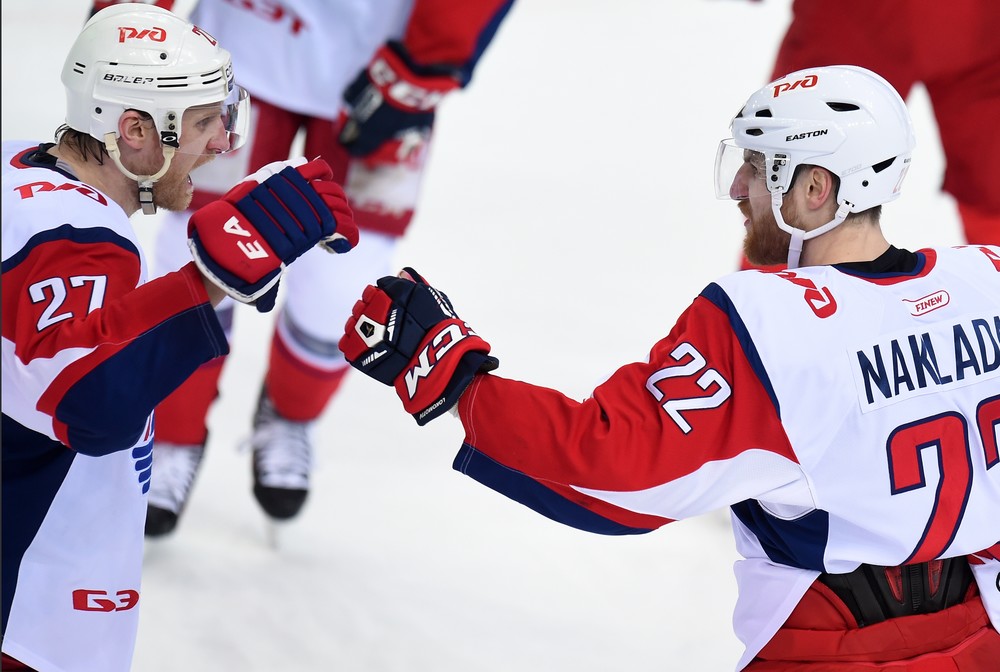