It’s the playoff series that Helsinki has been waiting for since 2014. Jokerit is finally going to face SKA in post season. Two proud cities on the shores of the Baltic, both blessed with long hockey traditions, have given us some big moments in regular season play. And now, for the first time, they will go head-to-head in the playoffs.

Head coach Lauri Marjamaki was in no doubt about what it means. Right after his team finished off Lokomotiv Yaroslavl, he told reporters: “Our fans have waited six years for a series against SKA, and finally it’s here.”

Jokerit’s fascination with SKA derives from several things. Some of it is geography, with SKA being Jokerit’s closest neighbor. Some of it is familiarity, as these Bobrov Division rivals have played 24 times in six regular seasons so far. And some of it stems from frequent battles at the top of that division, where both teams regard themselves as the apex predator in that particular environment.

It certainly wasn’t coincidence that when Jokerit was looking to host its first Winter Classic – and the first open-air game in the KHL’s history – back in December 2017, it chose a game against SKA. The event was part of the festivities to mark the centenary of Finland’s independence from Tsarist Russia – a historical clash between Helsinki and Petersburg – and the game was played at Kaisaniemi Park, close to the birthplace of Finnish hockey. On that occasion, SKA won 4-3 in front of a then record KHL crowd of 17,645. 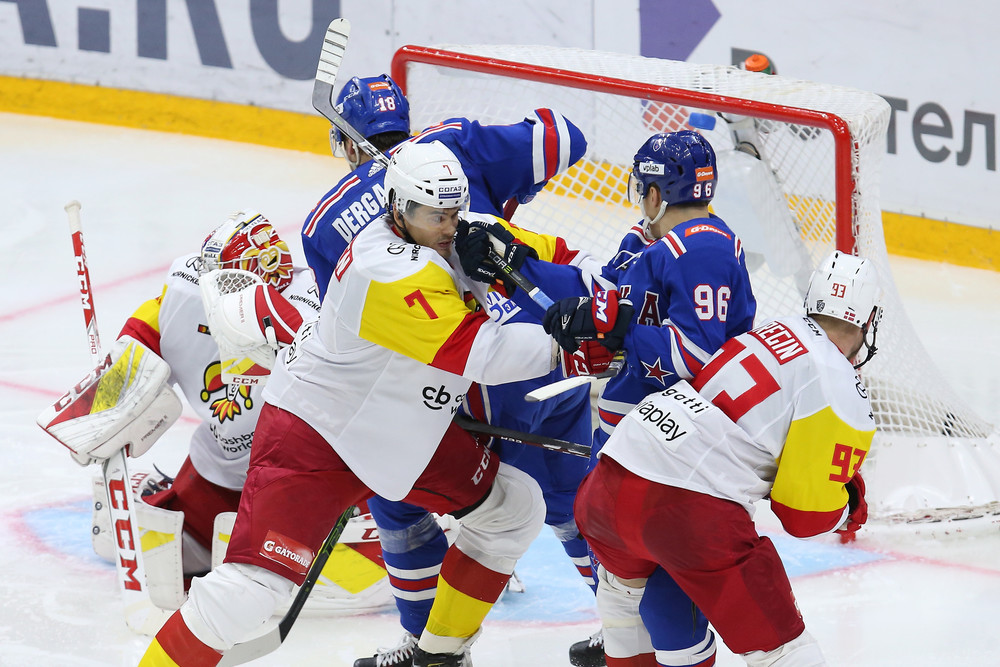 Jokerit is also going for its best ever playoff result in the KHL. The Finns have reached post-season in each of their six campaigns to date, but have never made it past the second round. Twice, CSKA has halted Jokerit at this stage. However, there are hopes that this year could be different.

First, there’s a new opponent. That CSKA hoodoo cannot continue, at least not yet, while the draw keeps the teams apart. Then there’s plenty of evidence that Lauri Marjamaki’s team can give SKA a real fight. Look back to Jan. 3, when the teams played their first game of 2020 and Jokerit handed a 6-0 hammering to the Army Men. True, SKA got revenge with a 6-1 scoreline when it returned to Finland in February, but the evidence suggests we could see a lively series.

Peter Regin was the architect of that 6-0 win, with two goals and an assist to lead the scoring. But the club captain has taken a back seat to his fellow Dane Nicklas Jensen in post season. The 27-year-old picked up 7 (3+4) points in the first round, tying with Sergei Shumakov for third place in the overall playoff scoring.

That’s already the best playoff return for Jensen, now in his third season in Helsinki after leaving the New York Rangers organization in 2017. It follows a difficult but productive regular season. Jensen had 25 (15+10) points from 27 games, but missed more than three months due to an injury sustained in a September game against SKA. He returned on December 30, collecting an assist in a 4-1 win over Vityaz, and managed the rare feat of an 11-game productive streak that ran September through January. His pace, stick-handling and a powerful shot make him a formidable threat to the SKA defense in the up-coming series.

Regin, meanwhile, is something of an elder statesman on this team. The 33-year-old has been a part of Jokerit for five of its six KHL campaigns and the captain is a well-respected leader. He had 4 (2+2) points in the series against Jokerit. 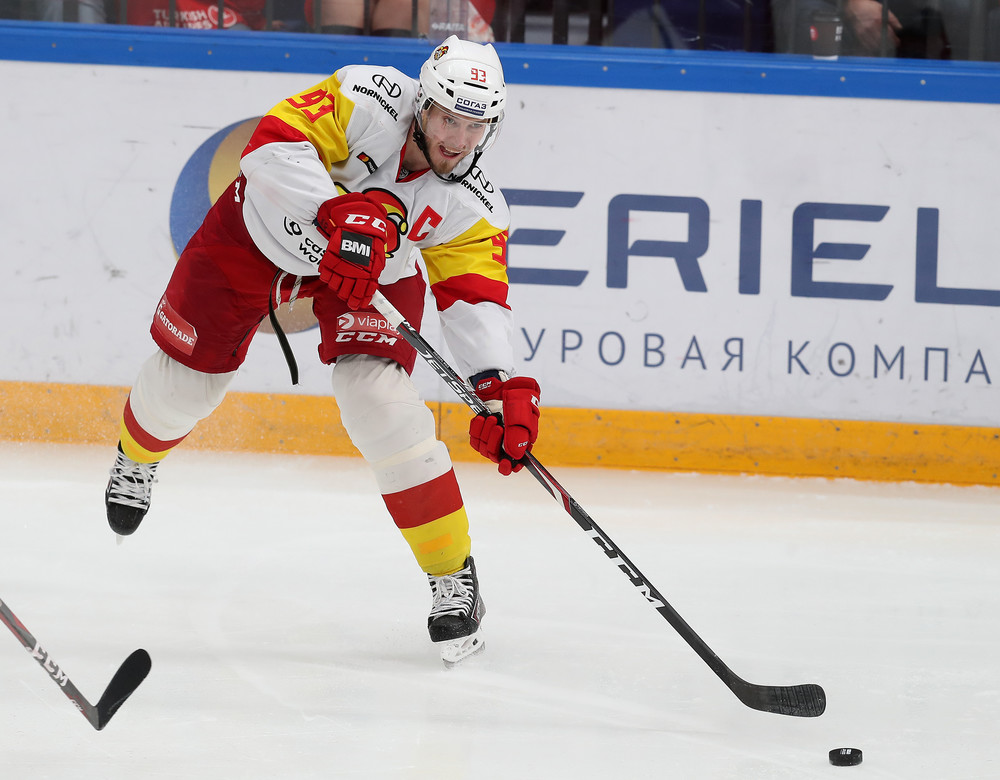 While forwards win games, defenses win championships – and that all starts with a reliable goalie. Jokerit will look to Latvian Janis Kalnins to frustrate SKA’s powerful offense. The 28-year-old is in his second season in Finland after taking his KHL bow with Dinamo Riga and he’s established himself as #1 for Marjamaki ahead of Stanley Cup winner Antti Niemi.

His stats in this year’s playoffs have improved sharply on last time: a GAA of 2.04 against 2.54 12 months ago, and a save ratio that jumped from 89.5% to 92.8%. And while those numbers aren’t as impressive as the figures posted by SKA’s Magnus Hellberg or Alexander Samonov, it’s worth remembering that SKA enjoyed a relatively straightforward series against Vityaz, while Jokerit faced a far more dangerous Lokomotiv in the first round.

Against SKA, Kalnins can expect a testing time once again as Alexei Kudashov’s team unleashes a mixture of trophy-winning experience and youthful exuberance on this year’s Gagarin Cup battle. But if he can reproduce the kind of form that saw him make 35 saves to blank Loko in Yaroslavl in game three, he could backstop Jokerit to a breakthrough series victory against the Army Men. 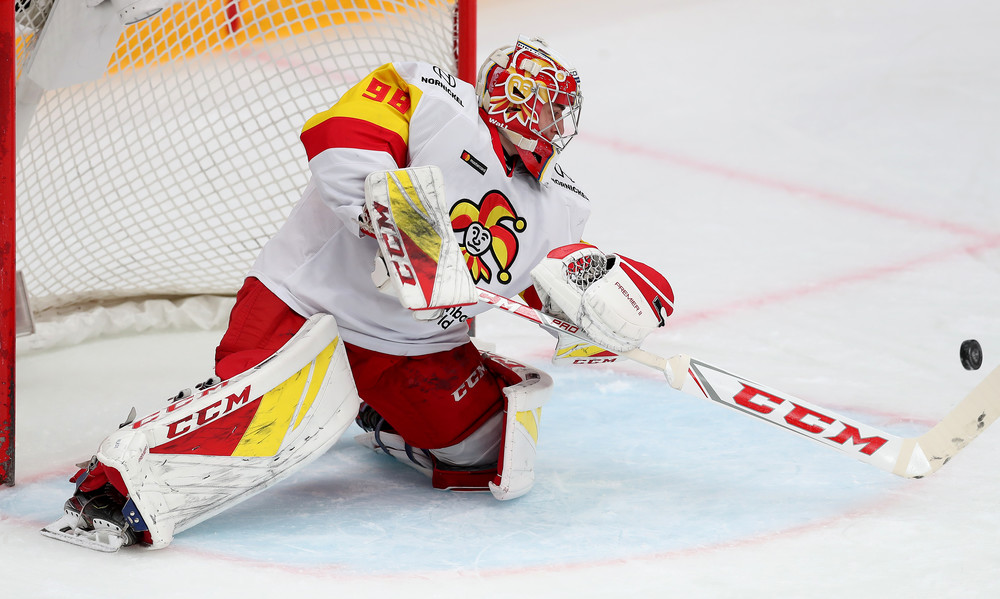