CSKA goalie Ilya Sorokin is closing on yet another record. The 24-year-old has posted two shut-outs in two games this season as the Army Men twice blanked Torpedo. Including last year, when Sorokin and CSKA lifted the Gagarin Cup after an overtime win over Avangard, his current playoff shut-out streak is over 180 minutes – just 45 minutes behind the mark of 225:13 set by Ak Bars legend Petri Vehanen in 2010 and 2011.

That record could fall today as CSKA travels to Nizhny Novgorod for game three of its Conference quarter-final match-up with Torpedo. If Ilya Sorokin can keep Torpedo at bay until the 46th minute, he’ll add a second record to his resume this season. His two games so far have already taken him to 16 post-season shut-outs, another KHL record.

And he’s even making an offensive contribution, collecting an assist in both of his two games so far. That gives him a career total of four points in the playoffs, equalling the record of Konstantin Barulin. Former Russian international Barulin, of course, is also in action this season with Neftekhimik but is having a tough time of things in a first-round series against Ak Bars. Sorokin’s two helpers this season would place him ninth of the list of scoring defensemen, alongside teammate Nikita Nesterov, Swedish World Champion Mikael Wikstrand and Finnish Olympian Juuso Hietanen.

Sorokin is not the only goalie to impress in the first week of playoff action. At the time of writing, there are four men who have yet to allow a goal in post season. And Harri Sateri of Sibir is on a longer streak than Sorokin this season after going unbeaten through a 2-0 win at Avtomobilist in his series opener, then backstopping a hard-fought overtime victory in game two. The Finn is unbeaten in 133:01 this season – and has been busier than Sorokin, with 85 saves in total against the CSKA man’s 35. SKA’s Magnus Hellberg and Jokerit veteran Antti Niemi have only played one game each, but Niemi’s team-mate Janis Kalnins also deserves a mention after allowing just one goal in two games against Lokomotiv (51 saves, SVG of 98.1%).

From Mezhdurechensk to Moscow

For many, these numbers are little surprise. Sorokin was, once again, a star of the regular season. In 40 games, he had a league-leading nine shut-outs and a GAA of 1.5 to backstop CSKA to 26 of the wins that helped it claim the Continental Cup. He stopped 93.5% of the shots he faced, making 848 saves in total. And that kind of form is nothing new. Last year’s playoffs saw Sorokin named MVP after five shut-outs and a GAA of 1.19. In 2018 he had five more post-season blanks to lead the league once again.

His potential was spotted at a young age. Born in Mezhdurechensk, in Siberia’s Kemerovo Region, he entered the Metallurg Novokuznetsk system as a youngster and made his KHL debut as a teenager back in the 2012/13 campaign. The following season, he established himself as a regular, making 27 appearances and stopping 91.1% of shots on a team that could not make the playoffs. Novokuznetsk, of course, also nurtured the talents of Sorokin’s CSKA team-mate Kirill Kaprizov, Stanley Cup-winning defenseman Dmitry Orlov and two-time Vezina Trophy winner Sergei Bobrovsky, among many others. 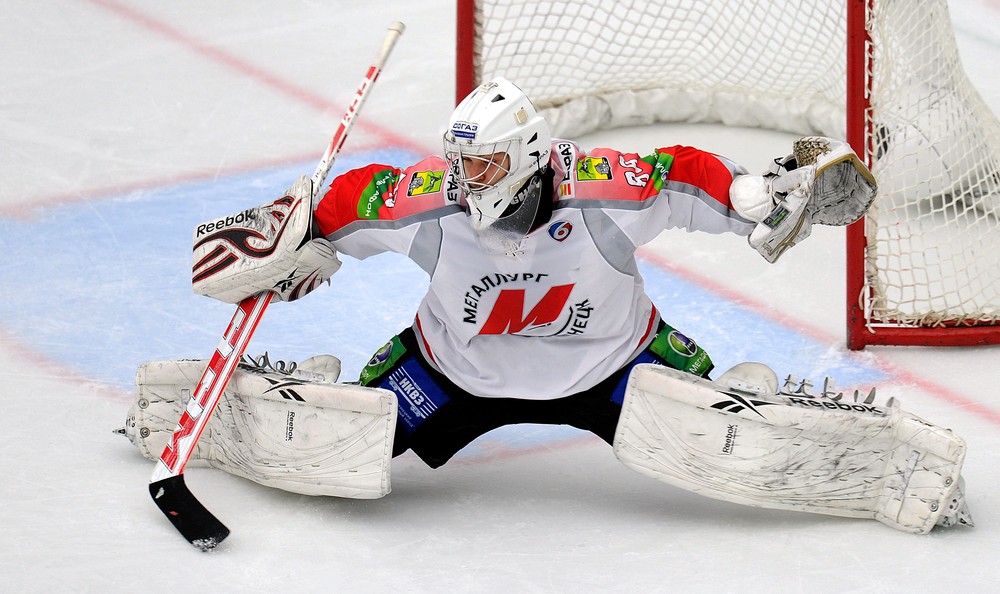 Sorokin’s break-out season came in 2014/15, when he helped Russia to World Junior silver as part of a goaltending stable that also included Igor Shestyorkin. The same season brought a big move to CSKA. After a short spell as understudy to Stanislav Galimov and Kevin Lalande, Sorokin cemented his status as #1 in 2015/16, with 28 regular season appearances and an incredible GAA of 1.06. He also had 20 playoff outings that year as the Army Men finished runners-up to Metallurg. To cap it all, Sorokin went to his first World Championship, helping Russia claim bronze on home ice in Moscow.

Since then, he’s won Olympic gold in PyeongChang and lifted last year’s Gagarin Cup, establishing his status as one of Russia’s top goalies and a likely candidate for international action for years to come. But this could be his last year at CSKA. In 2017 he signed a three-year extension to his contract with the Army Men; that expires at the end of the season. Way back in 2014 he was a third-round draft pick for the Islanders, and it’s known that many in New York see him as a potential long-term goalie in the NHL. If this is to be Sorokin’s playoff swan-song, the early evidence suggests he’s making it a spectacular one. 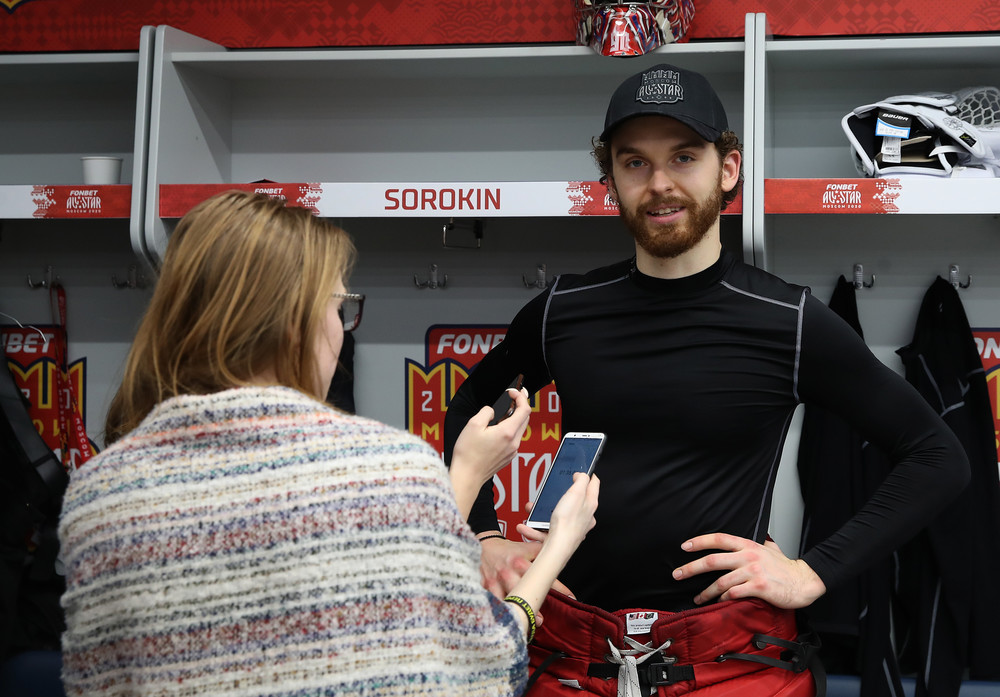