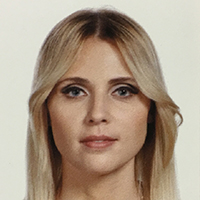 Welcome to the Imports Talk – your one and only hockey digest that will tell you more about the KHL, its players, coaches and lifestyle.

Today, we are going to focus on music, food and discuss more stereotypes with the guys who understand local traditions well enough. Let’s start!

Once upon a time he was an assistant coach in the NHL. But I think , his career really took off when he came to Russia: 2 Gagarin Cups in 7 seasons! Coach Mike Pelino and his Russian preferences.

Last season he was named the KHL’s defenseman of the year. A Canadian who plays for Team Kazakhstan and speaks Russian. He prepared a huge surprise at the KHL’s ALL STAR weekend. Is he Darren Dietz or Pushkin?

Defenseman Morgan Ellis enjoys his time in the KHL. While his teammate Sean Collins has been around the league for quite some time. Here are the stories.

Obviously, hockey is more than a game! And remember, the Imports Talk is your way to learn more about the KHL. See you next time.