In pursuit of Esa Pirnes

Finnish players have had a big role in the KHL since the first season. The likes of Niko Kapanen, Jukka Hentunen, Jarkko Immonen, Janne Pesonen and Petri Vehanen were key figures in the Ak Bars teams that won the first two Gagarin Cups. The likes of Petri Kontiola and Teemu Hartikainen have enjoyed impressive longevity in the league. Teen sensation Eeli Tolvanen blasted his way into Finland’s Olympic roster as a precocious prospect in his rookie season with Jokerit. But who holds the scoring records for Finnish players in the KHL?

The answer might surprise you: Esa Pirnes, an Oulu native, played just one season in the league. He joined Atlant back in 2008/09, shortly after winning World Championship bronze for the second time and made a big impact in Mytishchi. His 22 goals and 50 points that season – plundered in just 51 regular season games – have yet to be surpassed by any of his compatriots. 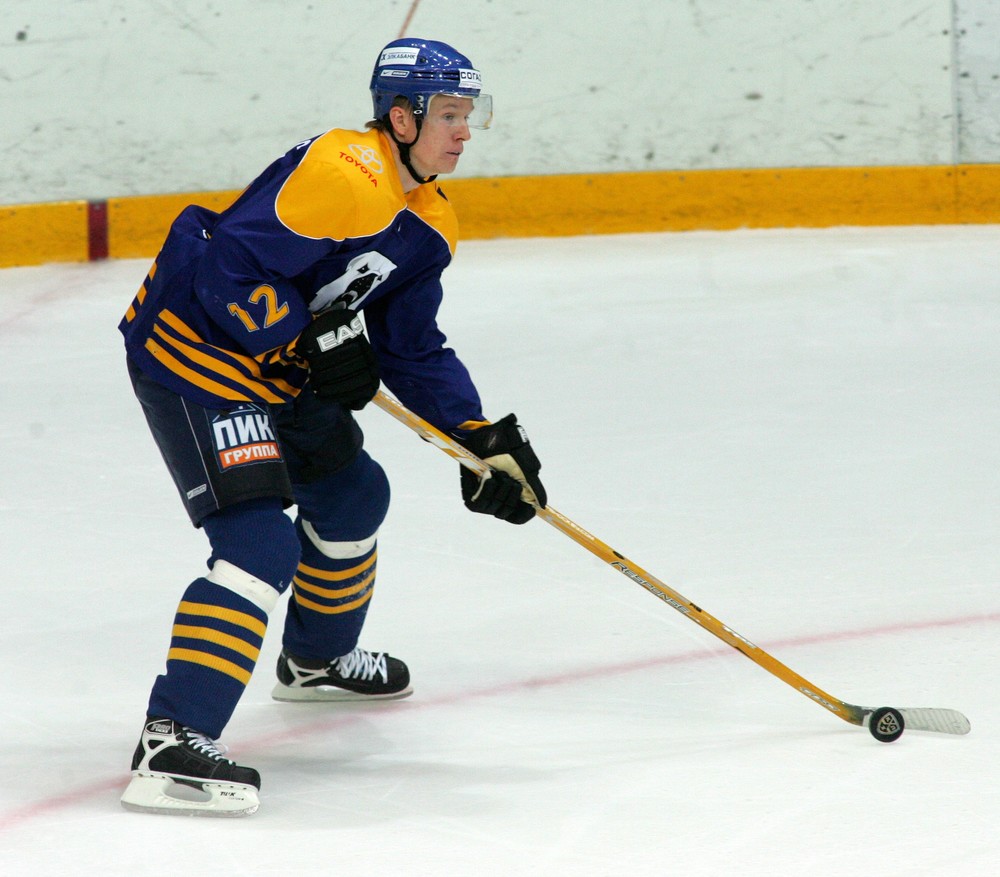 Now, though, that record is under threat. Teemu Pulkkinen tied Pirnes’ 22 goals when he found the net in Dynamo Moscow’s 5-2 win over Dinamo Riga on Jan. 30. Since then, he’s failed to score in his last four games, but still has time to top that tally before the end of the regular season. He might also improve on Juhamati Aaltonen’s 23 goals – including one playoff tally – from 2011/12 with Metallurg. Aaltonen matched Pirnes’ haul in the regular season and went ahead in the playoffs – a luxury that Pirnes never enjoyed after Atlant failed to make the cut back in 2009. Aaltonen went on to score in Finland’s shock victory over Russia at the Sochi Olympics before linking up with Pirnes as Karpat went into the Finnish playoffs that season.

Pulkkinen’s achievement this season is all the more impressive considering the difficulties he has endured as part of a struggling Dinamo Minsk team. The 28-year-old produced an impressive 27 (17+10) points in 33 games before making a deadline day switch to Moscow. Since then, he’s added 10 (5+5) in 14 outings for Dynamo.

Although Pulkkinen’s points tally is unlikely to get close to the 50 that Pirnes produced for Atlant, another Finn is closing in on that number. Mikko Lehtonen is currently on 48 (16+32) points in his KHL rookie season with Jokerit. True, the 26-year-old has had 58 games so far, but he’s also plundered those points from defense, while Pirnes did his work as a center.

Not everybody picked out Lehtonen as a prospective star when his arrival at Jokerit was announced. He spent almost all his previous career in the Finnish league, with a solitary season across the border in Sweden with HV71. His productivity there was not so eye-catching, a solid 24 points in 52 games, but he served warning of his potential when – wearing the ‘A’ – he helped Finland to World Championship gold in Bratislava, picking up 7 (1+6) points in 10 games.

And what of Pirnes, after that productive season with Atlant? He played a further eight seasons before retirement, representing Jokerit in its pre-KHL days, EV Zug in Switzerland, AIK in Sweden and finally three years at Oulun Karpat, his hometown team. Most recently, he took part in pond hockey game alongside Finland’s president, Sauli Niinisto, on Saturday in a bid to raise awareness of climate change and the loss of natural ice.

Pulkkinen’s Dynamo has three more games in regular season. The Blue-and-Whites have a Moscow derby against Spartak on Sunday before entertaining Traktor next Tuesday. The regular season comes to an end on familiar ice when Pulkkinen & Co. travel to Minsk on Feb. 27. The Finn scored in two previous games against Spartak this season, both while playing for the Bison.

Lehtonen also has three chances to secure the three points he needs. Today, Jokerit goes to Balashikha to take on Avangard, then it’s a home game against SKA on Sunday before the season concludes away to Torpedo on Tuesday. The defenseman’s current form is strong, with six assists in his last five games.

#Story of the Week