Man of the Week – Sergei Tolchinsky

KHL.ru's weekly 'Man of the Week' series goes on with another CSKA Moscow player. Sergei Tolchinsky, in his second year in the KHL, is determined to help the Red Army winning the Gagarin Cup again.

CSKA Moscow keeps on being on top of the Western Conference standings as yesterday, the team defeated a fierce Torpedo with a 4-1 score. The best player for the Red Army was Sergei Tolchinsky – he knocked Torpedo out with a second-period double. With the teams tied at one, Tolchinsky first converted his rebound during a powerplay stint assisted by Mat Robinson and Nikita Nesterov. Then, less than two minutes later, he sent the home crowd through the roof, converting a fantastic long-range pass by Marsel Ibragimov and virtually closing the accounts for yesterday's game. These were the eleventh and twelfth goals of the season for Tolchinsky, how has now nineteen points in 35 games as the Red Army eyes at least yet another Western Conference finals qualification.

Sergei Tolchinsky was born in Moscow on Feb. 3, 1995 – he just turned 25. As with many other talented players from Moscow of his generation, he was part of the White Bears organization like Nikita Gusev, Nikita Kucherov, and SKA's Igor Ozhiganov. However, most of his development occurred with CSKA Moscow, with whom he climbed up to the JHL level. In the 2011-12 season, Tolchinsky scored 34 points in 51 regular-season games with the Red Army's junior ranks, adding another four in the playoffs. In that same year, he helped Team Russia winning gold at the WHC U17, getting named to the post-tournament All-Star Team. At the end of the season, he was protected by CSKA in the 2012 KHL draft but then decided to move overseas. 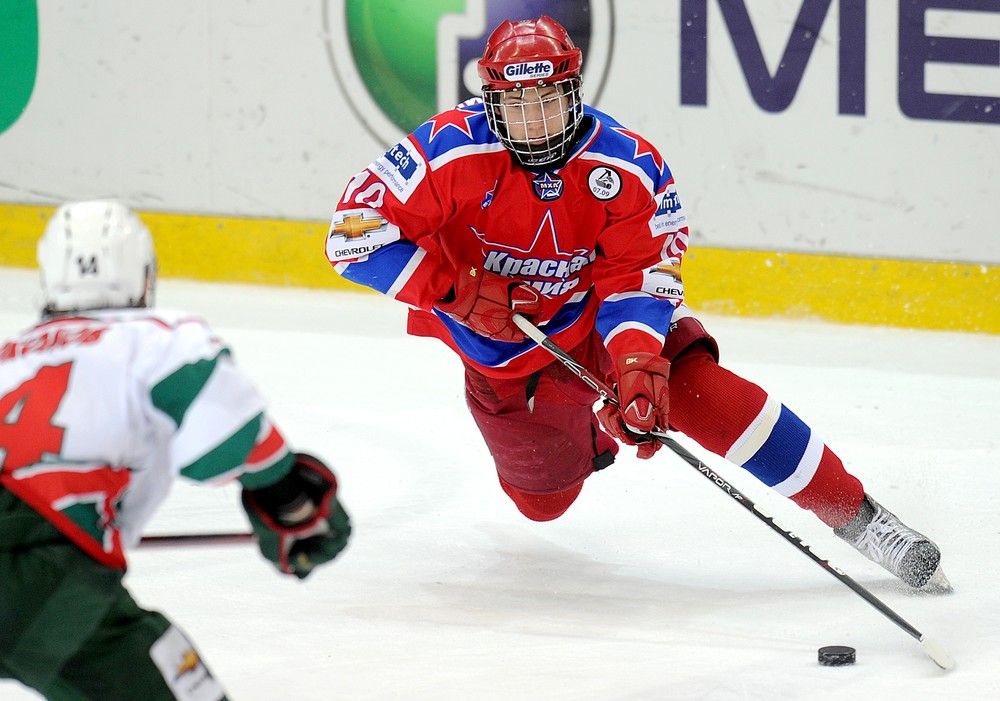 In 2012, Tolchinsky was drafted 12th overall in the CHL Import Draft by the Sault Ste. Marie Greyhounds, where he spent three seasons. In his three-year stint with the Greyhounds, Tolchinsky represented Russia at both U18 and U20 WJC, helping the Russians claiming silver hardware at the 2015 WJC in Toronto and Montreal. Team Canada won gold at home soil with a 5-4 victory at the Air Canada Centre, and Tolchinsky posted a goal and a helper in the clash. After a successful career in the juniors, it was time for Sergei to move up a level.

Playing as a pro

Despite his success in the OHL, no NHL team spent a draft pick on him. As a result, he signed an entry-level contract with the Carolina Hurricanes and had his NHL debut in March 2016. However, he didn't manage to find himself with the Hurricanes, as the team only dressed him for four games, where he posted a pair of helpers. He lined up most frequently for the Charlotte Checkers of the AHL, where he played 175 regular-season games, scoring 85 (28+57) points. After his entry-level deal with the Hurricanes expired, he decided to get back home.

In the 2018 offseason, Tolchinsky decided to return to his home team, CSKA Moscow, in the Red Army's effort to sign back its former junior players from overseas. Along with Tolchinsky, also Mikhail Grigorenko, Alexey Marchenko, and Roman Lyubimov joined CSKA from North America. In June, Tolchinsky first signed a try-out deal, then inked a full-time, one-year contract with CSKA. Back in Moscow, Tolchinsky didn't manage to become a regular under Igor Nikitin, but his contribution was precious as he posted nine goals and 13 points in 37 games. He wasn't dressed for playoff games but was sent down to Zvezda of the VHL instead. After the 2018-19 campaign, where CSKA won its first Gagarin Cup, Tolchinsky renewed his ties with the Red Army for a further year. This time Tolchinsky, stronger than ever, not only made the roster but is also one of the hottest commodities in the team. His goals and plays are precious not only for CSKA but also for the national team. He played on multiple occasions for the Russian 'B' squad, scoring 4 (2+2) points in 5 games, and was called to the big team for the February stage of the Euro Hockey Tour in Sweden – but he heads to renounce due to an injury. If he keeps on playing this way, his debut for the senior national team isn't that far – so as the first postseason appearance with the CSKA sweater on. 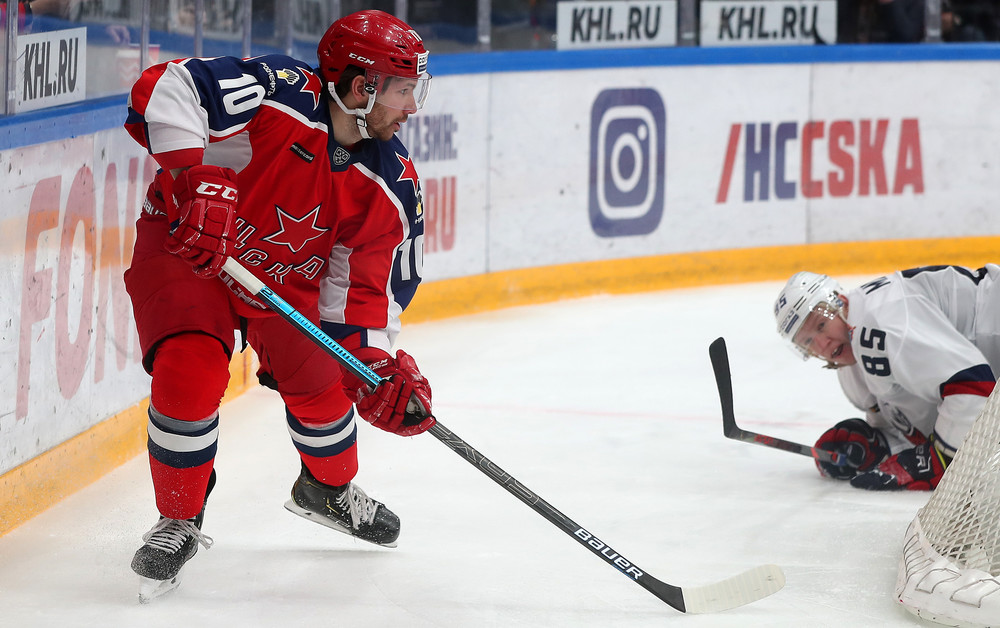