A goal in the last second denied Russia victory in Sunday’s Euro Hockey Tour action – and the Czechs rubbed it in by claiming a shoot-out verdict in Stockholm.

Russia’s youthful roster produced a much improved display after heavy losses to Sweden and Finland, but could not find a way to complete the win as Jan Kostalek tied the scores late on in dramatic fashion.

Russia had led three times during the game. Artur Kayumov got the opening goal on the power play midway through the first period. That goal reversed two unwelcome trends in a tournament where Russia had gone behind very early in its other games and struggled to generate anything on the PP. However, it was cancelled out by Jakub Flek just before the intermission.

Andrei Svetlakov restored Russia’s lead with a short-handed goal in the second period, but Kostalek’s first of the night cancelled that one out in the 54th minute. The drama was just getting started, though. Pavel Poryadin scored his second goal in successive games for the national team to make it 3-2 and there were less than three minutes left to close out the win. However, Kostalek had other ideas and took the game to overtime at the last possible moment.

The Czechs took a penalty during the extras, but Russia could not capitalize with Dominik Furch coming up big to deny Svetlakov in a one-on-one situation. And that experience carried into the shoot-out as Russia failed on its three attempts while the Czechs scored from three of their four to take the verdict.

The loss leaves Russia in last place in the overall Euro Tour standings with eight points from nine games. 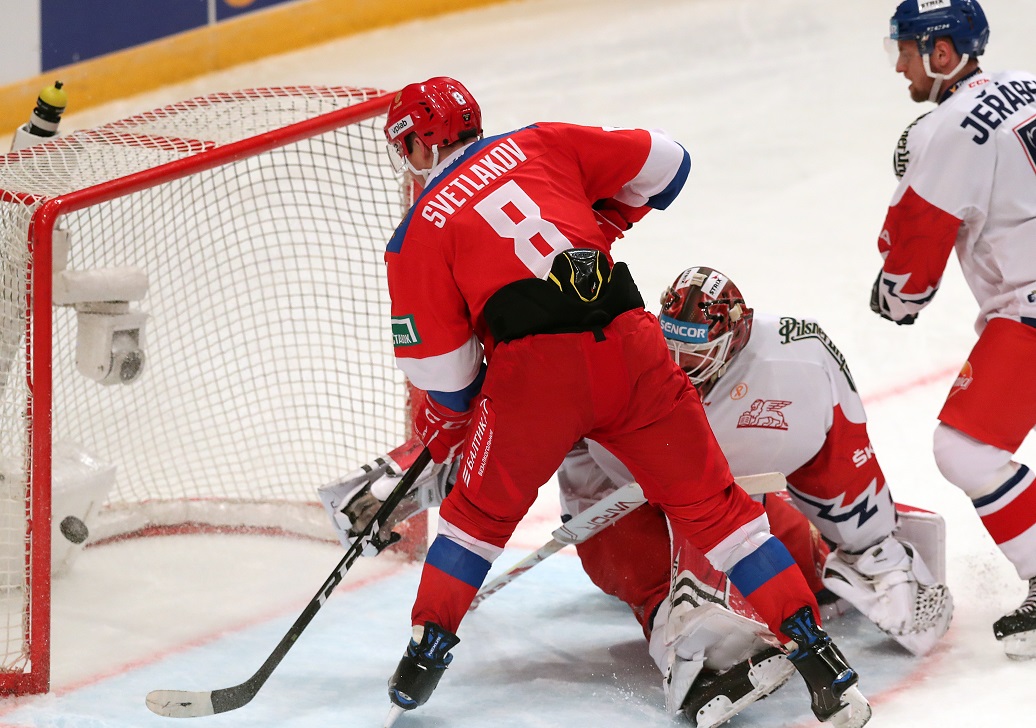 It’s a really painful loss, but you can’t dismiss the experience. Our guys need experience to win games like this. Once again, we were let down by schoolboy errors but this was our third game and we already looked a little bit better. We started to play with more confidence, we had a clearer view of the game.

You saw our young players yourself. They’re a bit tired now, they’re not used to so much game time. Our principle aim was to get a good look at these players. We wanted them to feel a different pace of the game, different responsibilities, help them understand that international hockey is a whole new world. Here, any error will be punished. Now they understand that and they have something to work on.

That third goal came from individual and collective errors. Both together. It’s experience. But it was a schoolboy error. With seconds left in the game, why start running around the ice like that? Just stay in the center and close out the game.

In the Eurotour we always have different players so we have to adapt the team to that. I think that’s the most valuable experience for us. Today we were short-benched, there were no obvious lines on offense or defense so we had to experience with new combinations.

In the third game we saw our lines playing a bit better, we overcame some of that psychological pressure and played some good, open hockey. We could have scored more. But again, we had mistakes. Our PK wasn’t good enough, we took too many unnecessary penalties and they cost us. It’s a new team, we lost concentration. Right after the game it’s hard to analyze our mistakes. Everyone got plenty of valuable experience asked the right questions about where they need to improve. But despite having an inexperienced team, we’re far from happy with the results here.

Being the captain is another responsibility, and that’s also not easy. To play for the national team, you have to work hard, maintain the highest standards and play for the full 60 minutes. You have to digest all this, learn from your mistakes and get stronger.