The All-Star Weekend through the lens of smart pucks

On Jan. 19 in Moscow, the fourth tournament between the four Divisions teams took place. The winner was Team Bobrov, defeating Team Tarasov in the finals.

The system keeps on advancing, and this season more stats than ever are recorded. Some of the latest additions include advanced stats like Corsi For, Corsi Against, Fenwick, and PDO – all of them calculated in real-time.

Neftekhimik's forward Pavel Poryadin is continuously among the leaders for recorded speed. Quite unsurprisingly, he stopped the speedo at the highest values in the Skill Show – 37.2 km/h (23.12 mph). However, he didn't win the fastest skater relay. 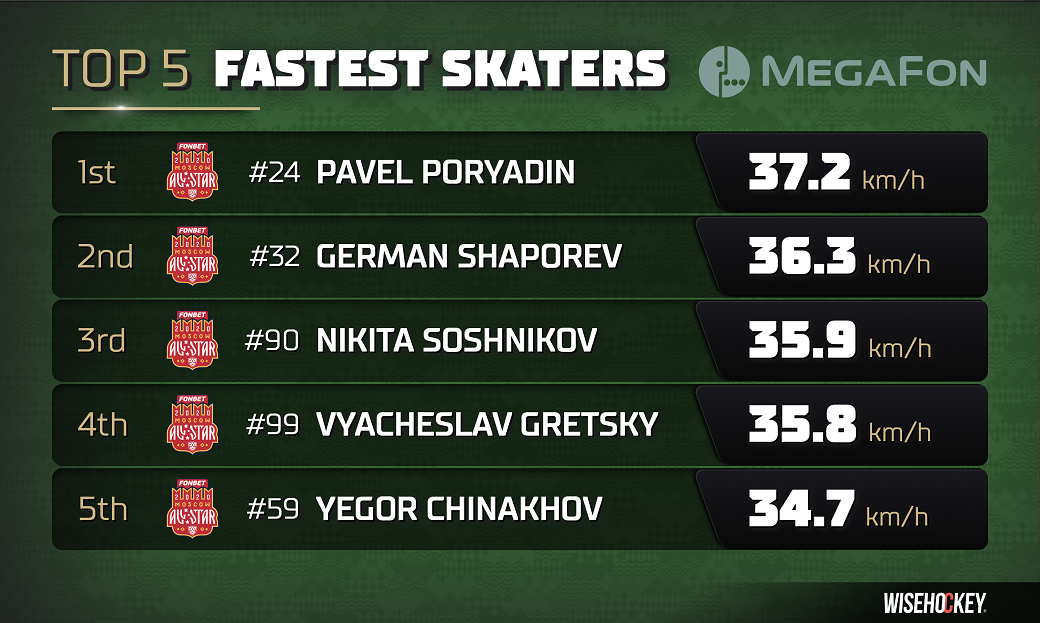 However, players set new records with regards to the hardest shot in in-game conditions. Last year, forward Mark Verba, representing the Tarasov Division and Vityaz's junior team in the JHL, shot the puck at 115.5 km/h (71.58 mph). This time around, this result was topped by seven players, with Jokerit's Mikko Lehtonen leading the way with 143.4 km/h (89.10 mph). With this shot, Lehtonen scored his second goal of the final game. 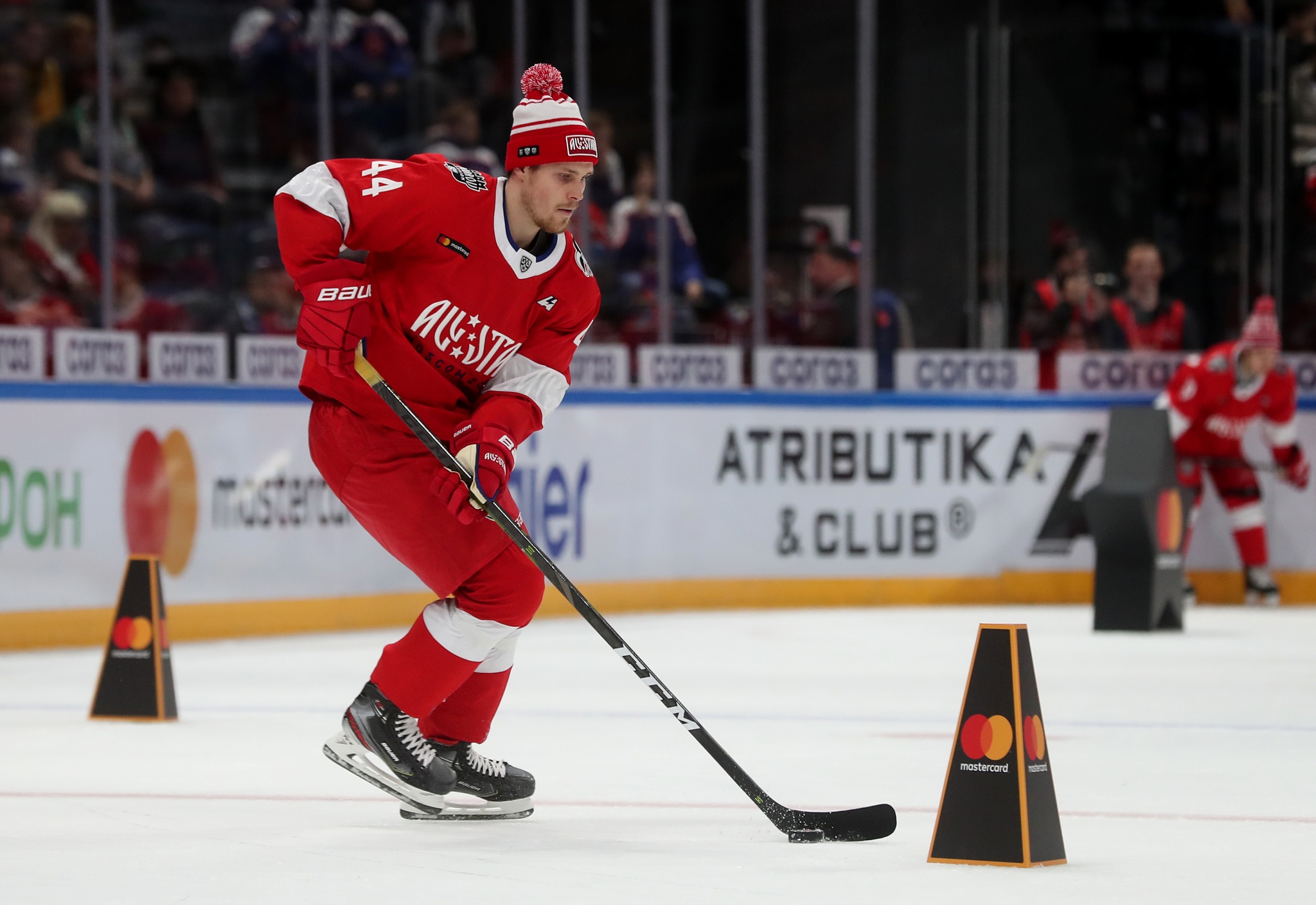 Naturally, one of the most intriguing moments of the bronze medal game was Linus Omark and Juha Metsola swapping places for Team Chernyshyov. Metsola's hardest shot recorded 79.9 km/h (49.65 mph), while Omark had to face a 104.6 km/h (64.99 mph) shot from Vyacheslav Voynov.

If talking about the distance run, no one can match Darren Dietz – he ran for two games totaling 6,112 meters. Vityaz's Alex Semin leads among forwards with 4,772 meters, while Spartak's Yakov Rylov had 1,295 with the puck.

In the passing accuracy category, no one could match Dynamo Moscow's Juuso Hietanen as 21 of 22 passes found a teammate. Yegor Chinakhov has also had only one mistake, delivering 15 from 16 pass attempts. The leader in passes distance is Traktor's D-Man Nick Bailen, with 320 meters, who also leads in passes distance toward the crease, with 183 meters.