Men of the week – Peter Regin and Niklas Jensen

KHL.ru's weekly ‘Man of the Week’ series continues with two Jokerit players who are representing Denmark in the KHL. Usually, the teams of the league draw from different countries when it comes to international players – with some notable exceptions, like Jokerit’s Danish legion and Salavat Yulaev’s Philip Larsen, who lined up for the Helsinki side in the 2015-16 campaign.

This year, Jokerit features three Danes after seeing Jesper Jensen Aabo signing in the SHL for the 2019-20 season. That means that only Peter Regin, Niklas Jensen, and Oliver Lauridsen remained. Last week, Jokerit had a strong show first defeating SKA with a record-breaking 6-0 score, then thumping Dinamo Riga on the road 7-0. In Riga, both Regin and Jensen, interestingly enough both hailing from Herning, posted had tricks – it was the first time for both in the KHL. Jensen, who missed more than three months this season due to an injury, is now at seven goals in nine matches, for a total of 12 points. Regin, the team’s captain, has a respectable 30 (13+17) points in 42 games, a big leap forward if compared to last year’s numbers, when he only scored ten points in an injury-plagued 29-game campaign.

As said, both Regin and Jensen hail from Herning, a town in central Denmark, the same place that produced the Bjorkstrand brothers – Patrick played three seasons in the KHL between 2013-2016. However, the two had different career paths. Regin spent three years with Herning’s first team in the Danish League, then moved on in Sweden before playing the next seven seasons in North America. Jensen, instead, played only one year with Herning, helping the team earning bronze hardware in the 2009-10 campaign. Both players won Danish Rookie of the Year honors: Regin in 2004, and Jensen in 2010. However, Niklas’ career was a tad different. After that only season with Herning, he moved overseas at 17 to play in the OHL. He will then go on and play several seasons in North America, but not as successful as his fellow Dane countrymate.

However, after their North American adventures, Regin and Jensen’s paths crossed again. Both the Danes decided to sign with Jokerit as soon as they ended their overseas stints. Peter Regin signed in Helsinki in the 2015 summer, Jensen followed two years later, in 2017. Oddly enough, Jensen’s rights were owned by Salavat Yulaev Ufa, who sent the forward to Helsinki in exchange for Philip Larsen.

After being an alternate captain in the AHL, Regin was charged with similar responsibilities in his first season for Jokerit and then promoted to captain in 2016. In his first three years in Helsinki, Jokerit amassed an impressive 127 points in 173 regular-season games. However, the 2018-19 campaign wasn’t the best for Regin, as injuries limited him to 29 matches.

Jensen posted similar numbers for the Finnish side. In his inaugural season in the KHL, the Danish forward posted 19 goals and 18 helpers; numbers that he will improve the next year as he got 21 goals and the same 18 assists in only 48 regular-season games. About one year ago, Jensen had an incredible 12-game point streak spanned over one month from December 28 to January 29. “I didn’t overthink about it,” Jensen told KHL.ru. “However, it’s nice to have such achievements. And now I have to start a new one. You know, sometimes everything just gets in, and everything is good, you score goals and make assists. Or sometimes you play great hockey, but you can’t score.”

Naturally, both players enjoy playing with so many countrymates. “For our country, it’s a unique situation when four Danes play in one of the world’s top leagues. And we are even four in one team. I think that the same is possible only within the local Danish league, but its level is not comparable to the KHL,” Jensen explained last year when Jokerit boasted four Danes in its lineup.

However, all this regular-season success didn’t translate to similar results in the postseason. Most famously, Jokerit is yet to defeat Dynamo Moscow in the playoffs. “I know the story; we don’t have a good record against Dynamo. They have a good team, but we believe in ourselves. We always respect our oppositions, but we respect our team and our fans as well,” – Jensen said last year before the series, which then ended 4-2 in favor of the Muscovites. This year, the battle can repeat itself, but already at a higher level: the teams are the third and fourth seed in the Western Conference, and they will likely meet at a later stage. 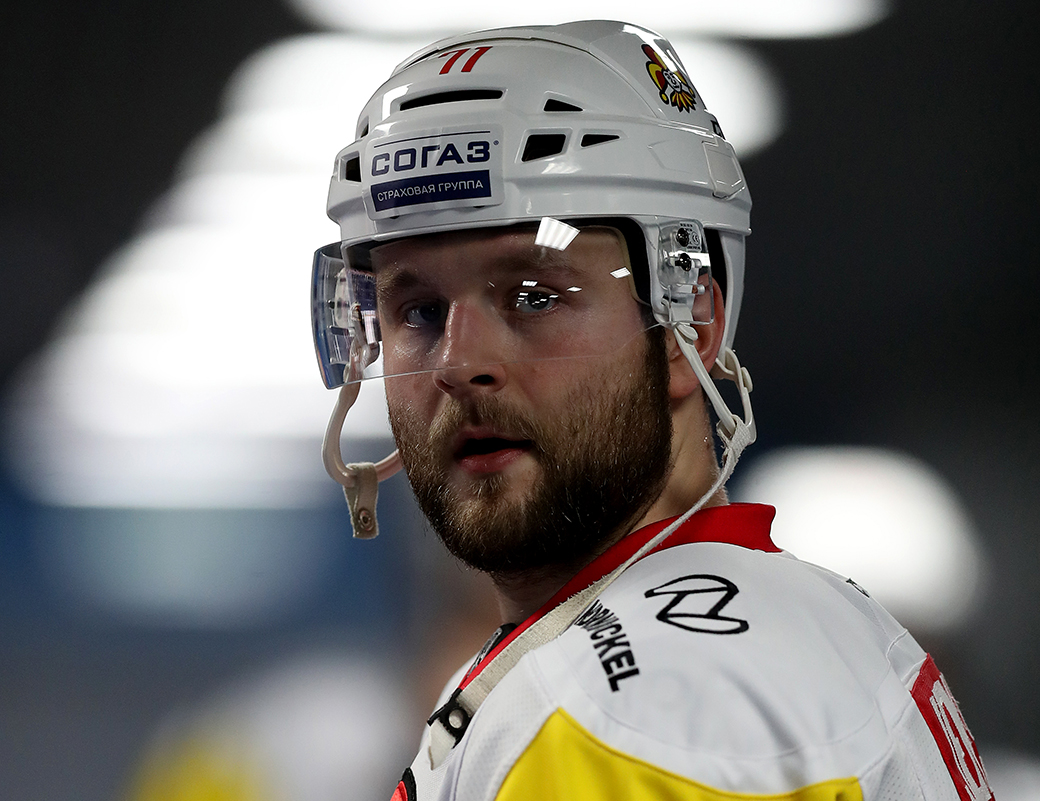