KHL.ru unveils new records hit in the thirteenth week of the regular season according to the data gathered by microchips and smart pucks and sums up the results of the season to the second EHT pause. 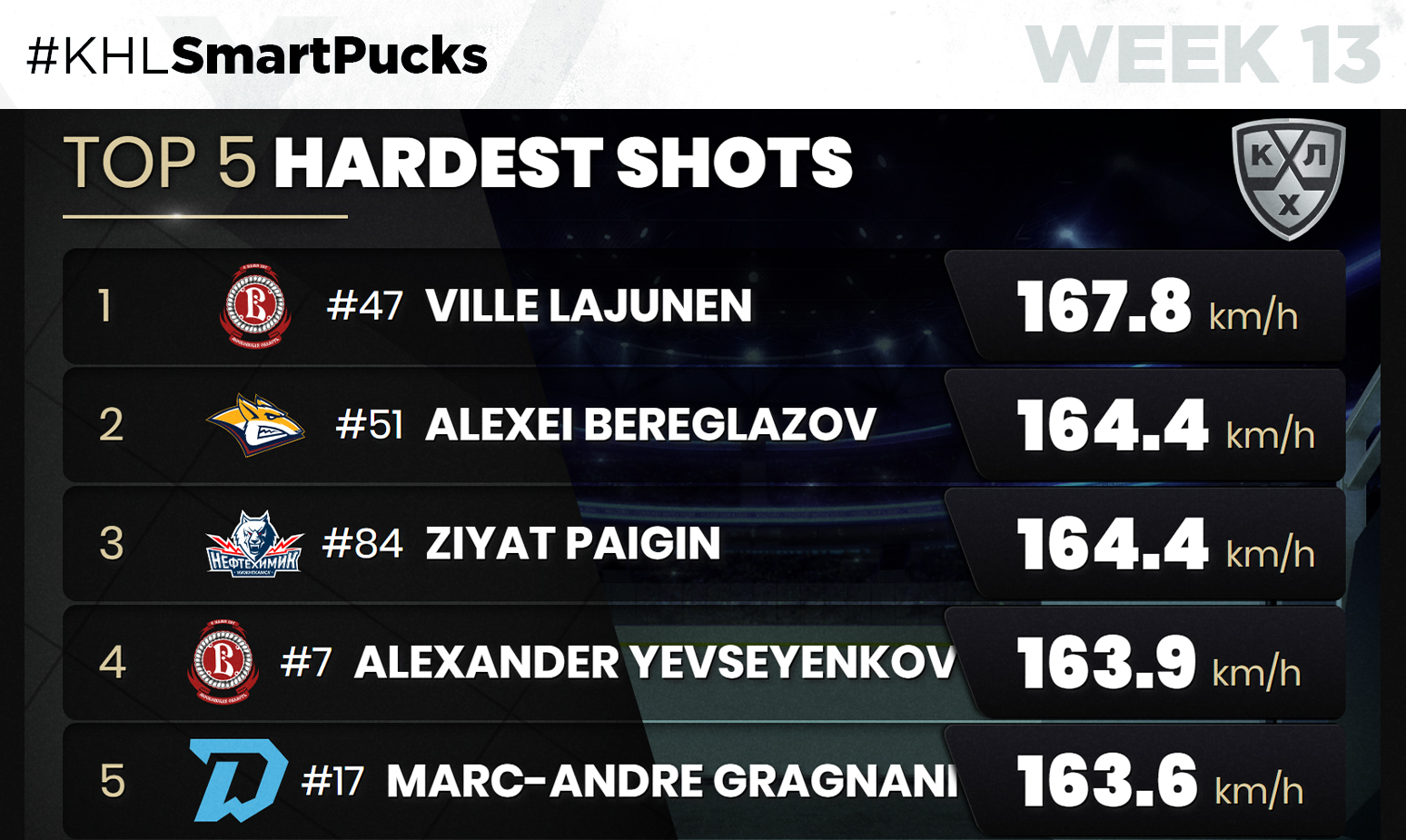 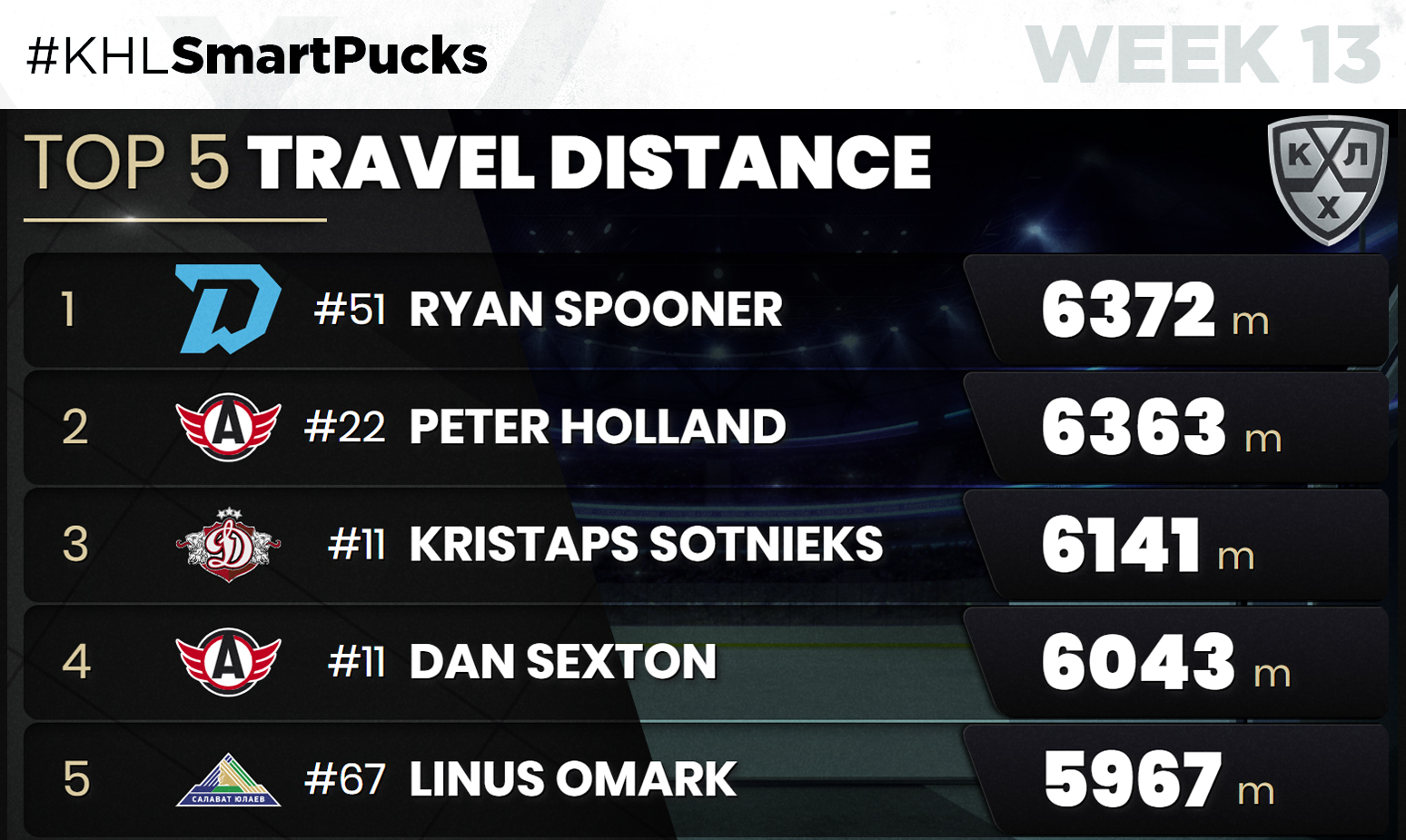 However, if taking into account the whole season, Voynov's is the first player to have run more than 200 km (124 mi) with a total of 202,337 meters. Follows his Avangard teammate Kirill Semyonov with 198,337 meters.

In the distance with the puck category, Torpedo's blueliner Charles Genoway tops the League with more than 25 km out of his total 192 km. The best forward is Salavat Yulaev's Linus Omark, with more than 23 km.

Once again, Neftekhimik players top the rankings for the fastest players in the KHL. The fastest wolf this time was Marat Khairullin, who reached 39.3 km/h (24.42 mph). Salavat Yulaev players tried to keep his pace, but unsuccessfully. However, the record still belongs to Avtomobilist young forward Ilya Ovchinnikov with 40.1 km/h (24.92 mph). 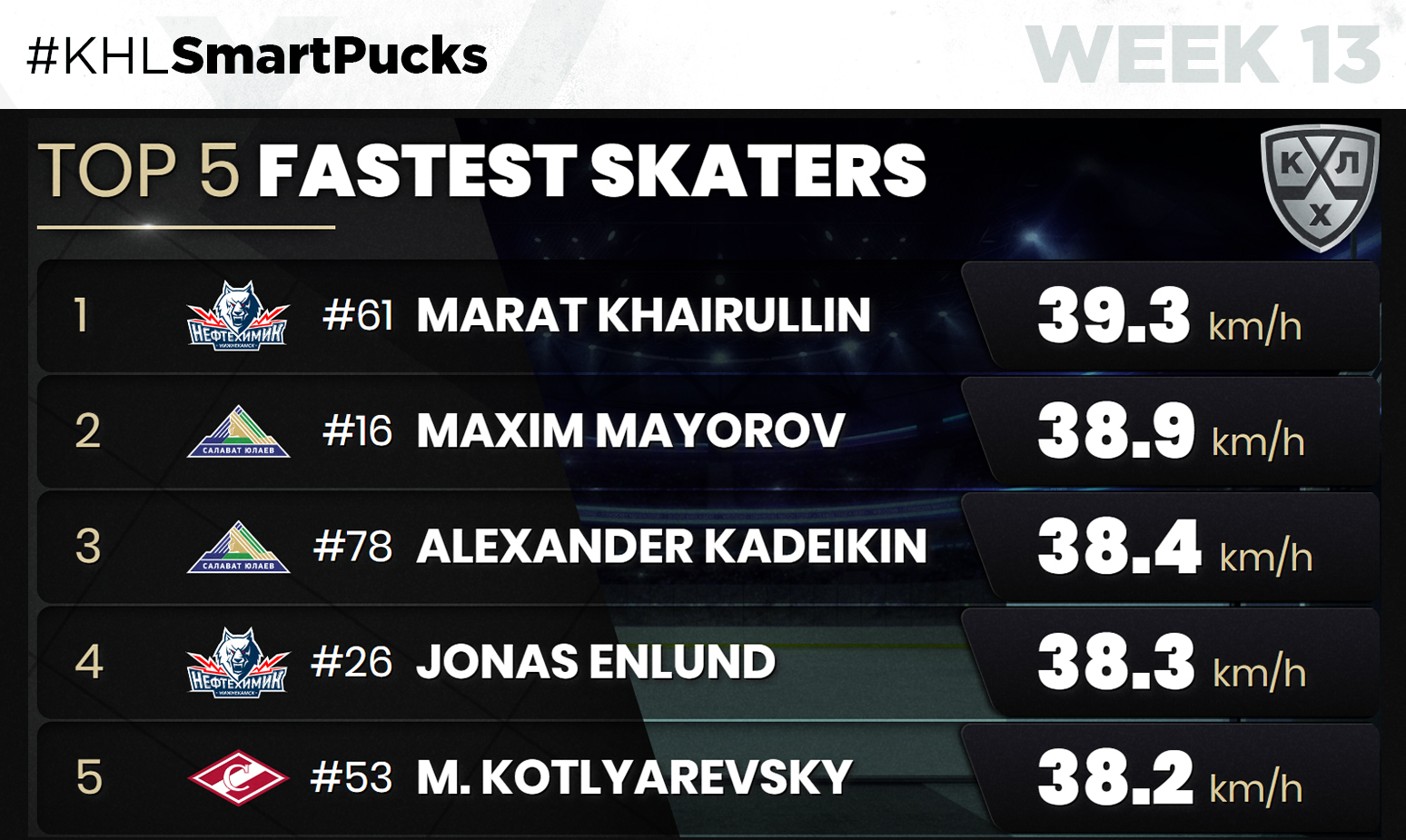 However, the leaders in average speed are Vityaz's forwards Evgeny Mons and Svyatoslav Grebenshchikov. For the standings, only players with at least 40 km run in the season are counted.

The most accurate passes keep on being delivered by international defensemen Philip Larsen (Salavat Yulaev), David Rundblad (SKA), and Marc-Andre Gragnani (Dinamo Minsk). This time, the Canadian Bison took over the lead.