Under a Petersburg sky – this year’s outdoor classics

Winter is here – and that means it’s time for some old-school outdoor hockey. On both sides of the Atlantic, there’s a special magic about playing under a crisp, frosty sky in an open arena. On the one hand, it opens up grandiose venues for record-breaking crowds, on the other it’s a throwback to the innocent joys of kids’ hockey after school, dodging homework to go shoot some pucks.

Admittedly, some of the details are different. If the North American image is of pond hockey, or flooding the back yard for an impromptu rink, Russian kids tend to grow up playing their hockey in the ‘box’. This is a simple corner of the yard between apartment blocks, boarded off for five-a-side football in summer and, once it gets cold enough, hockey in the winter. Self-policing, teams casually pulled together among whoever is interested, it can be a school of hard knocks for a young player, but it still speaks to the simple joy of getting out on the ice and playing the game.

So, the Winter Classics, which come to St. Petersburg on Sunday and Thursday combine the best of both worlds. When Russia and Finland meet at the Gazprom Arena, or SKA faces off against CSKA a few days later at the same venue, this is top class action in every sense of the word. On the international stage, the reigning Olympic champion takes on the current World champ; at club level the current Gagarin Cup holder travels to contest leadership of the Western Conference this season.

And the venue is one of the best in the world. The Gazprom Arena was built as a host stadium for the 2018 FIFA World Cup. Today, it’s home to Zenit St. Petersburg, current leader of Russia’s Premier League. It’s a contemporary reimaging of the historic Kirov Stadium, a vast 100,000-capacity bowl constructed in the Soviet era. While Kirov was impressive for its size, the facilities were antiquated long before its demolition in 2006, while the new arena is state of the art for fans and players alike. 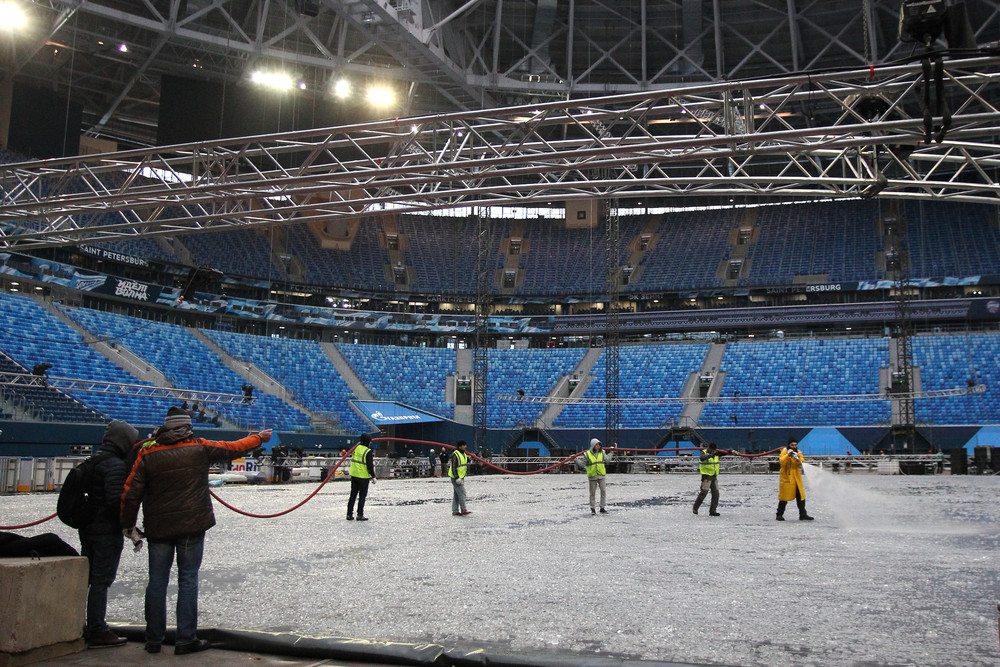 The KHL match-up between SKA and CSKA comes to the Arena on December 19 marks a resonant date in the history of the sport. Dec. 19, 1946 saw the first ever games in the Soviet Ice Hockey Championship and is thus regarded as the birth of Russian hockey. Back then, using players recruited from bandy – a ball sport reminiscent of field hockey on ice – it was hard to imagine that the USSR would become a powerhouse in ‘Canadian’ hockey so fast. Yet, by 1954, the Reds were Olympic champions and a hockey dynasty was firmly established.

Today, hockey in Russia – and throughout the world – is hugely different. But playing the KHL’s Winter Classic on this date is a fine tribute to the pioneers of the Russian game. 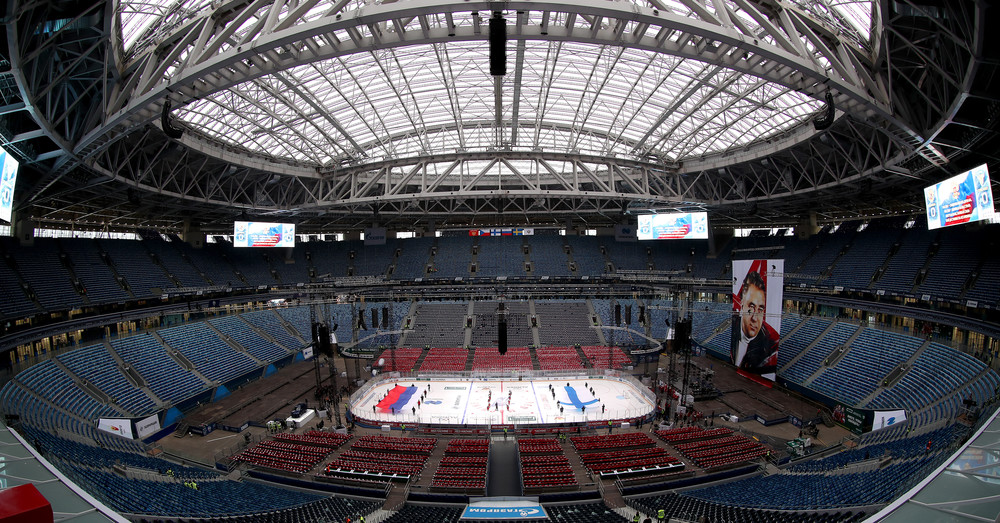 Last year the Gazprom Arena also staged two hockey games. In the Channel 1 Cup Russia enjoyed a thumping 5-0 victory over Finland in front of a crowd of 71, 381. That’s an all-time record for a hockey game staged in Russia and, indeed, anywhere in Europe.

The Army Derby also took to the big stage, attracting more than 61,000 as CSKA defeated its Petersburg rival. While that wasn’t quite the biggest crowd in Russia, it was comfortably the best ever for a club game and shattered the KHL’s attendance record. Can this year’s games attract even bigger crowds? 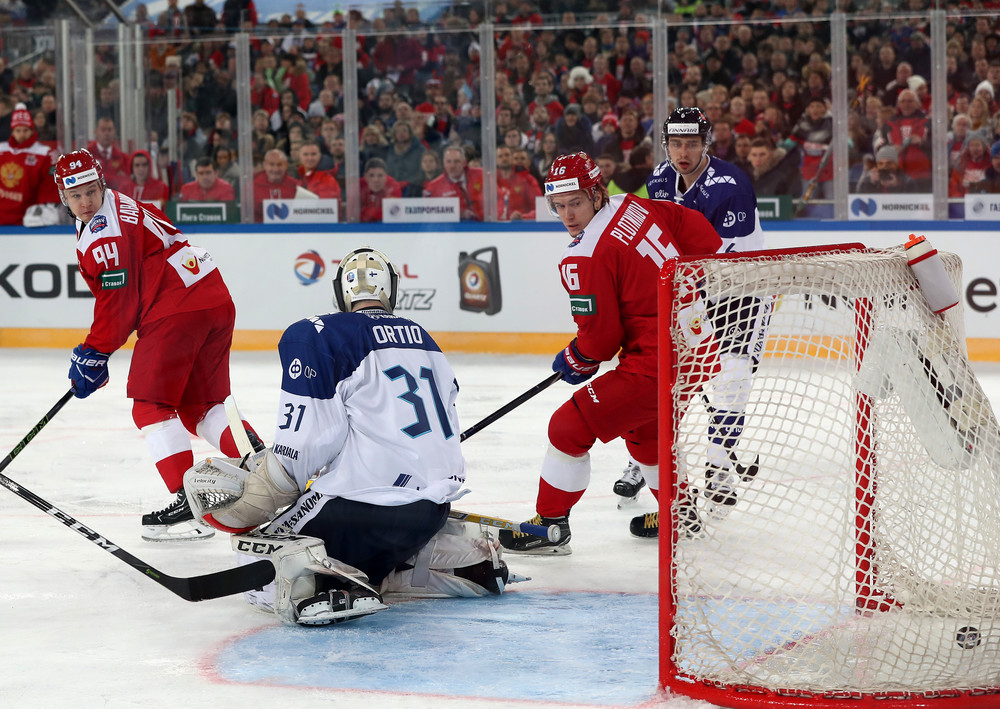 One reason to hope that they might is the increasing crossover appeal. In Petersburg, Zenit is a huge attraction. Multiple champions of Russia and UEFA Cup winners in 2008, the city’s soccer team is an internationally renowned calling card for the city’s sporting prowess. Its fanatical supporters have are noticed across Russia and beyond.

SKA, too, enjoys a passionate degree of support, and bringing the hockey team to the home of Petersburg football is a perfect chance to combine two ardent fanbases and preach the hockey gospel in a new cathedral. The promotion for the upcoming games has involved the likes of legendary Russian international footballer Andrei Arshavin, the creative force behind that 2008 European triumph, and current Zenit star Artyom Dzyuba, a goal-getting hero for club and country.

With Petersburg currently developing ambitious plans to build the world’s biggest hockey-only arena ahead of the 2023 IIHF World Championship, there’s every opportunity to establish the world’s biggest regiment of hockey fans in support of SKA. Events like these classics can only help to do that.

And that’s why, when the players’ breath turns to steam in the frosty air, when the moonlight glints off the ice, when today’s megastars remember the days when they played in the frozen yard until their mothers dragged forcibly into the house to finish their schoolwork, a future generation of hockey lovers is brought into the sport. And that’s a truly timeless classic. 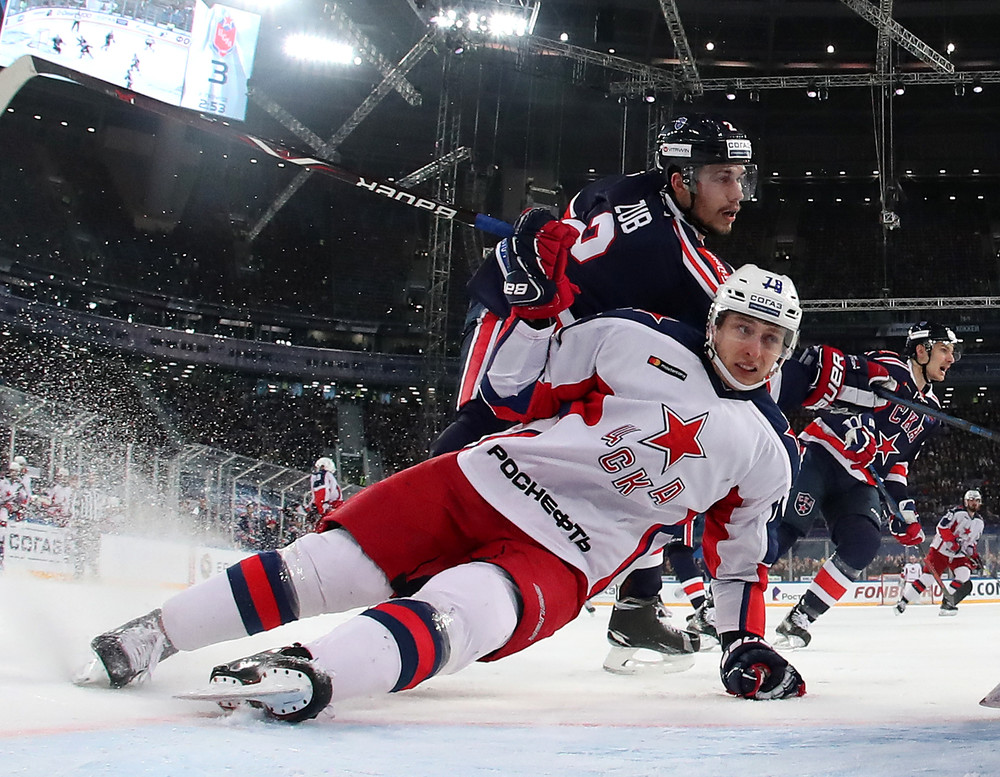