Man of the Week – Marko Anttila

KHL.ru's weekly 'Man of the Week' series continues with another Jokerit player, Marko Anttila. The towering Finn forward was a national hero last spring after scoring the most important goals for his country in the IIHF WC semifinals and finals.

Last spring, Marko Anttila was not only the captain of a rock-solid Team Finland who brought home gold at the IIHF World Championship in Slovakia. After scoring a double against Team Canada, he was probably the most famous person in Finland. "I'm lucky the presidential election is over," joked during the celebration in Finland, the country's president Sauli Niinistö. It was an incredible tournament for Anttila, who also scored against Team Russia in the semifinals and Team Sweden in the quarterfinals. Later, Anttila claimed the goal against Tre Kronor, his most important goal of the tournament. "We were at just one minute and a half from being forced going home," Anttila told the Finnish media. Captaining a young Finnish team with 18 WC debutants is Anttila's most significant achievement in his career so far. 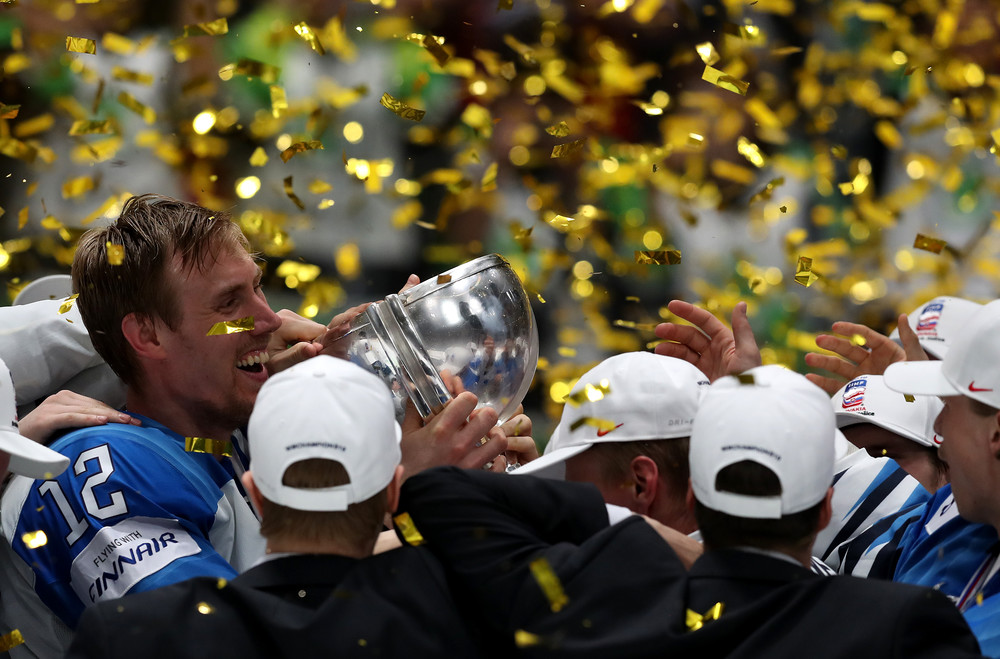 Marko Anttila was born in Lempaala, a municipality located south of the more famous city of Tampere – some 90 miles north of Helsinki. Anttila is nicknamed in Finland "Mörkö," which means "bogeyman." He started playing in the local LeKi, currently playing in the Mestis, the Finnish second-tier league, but then competing in the minors. After outgrowing LeKi, Anttila moved north to join Ilves Tampere in 2011. Anttila will play seven seasons with the Linxes, then moved to TPS. In Turku, the two-meter-tall forward had two tremendous seasons, and he never scored more than what he did wearing the TPS sweater. In two years, he scored 77 (31+46) points, but his team played only two games of postseason hockey. In 2013, Anttila debuted for Team Finland at the IIHF WC, jointly hosted by Stockholm and Helsinki.

After two high-scoring seasons in Turku, it became quite evident that Anttila outgrew the Liiga level and headed east, signing in the KHL. His trip was some 2,400 miles, which is roughly the distance between Moscow and Lisbon. He landed in Novokuznetsk to sign with the local Metallurg. On paper, it was a perfect match: Metallurg needed high-quality international players to improve its roster, and Anttila could enjoy a high time on ice. However, the move didn't pan out. After two wins and a SO loss in the first three games, with Anttila finding twine against Amur Khabarovsk and Admiral Vladivostok, Metallurg started losing game after game, and Anttila stopped scoring. As a result, Anttila was waived, and as no other team claimed him, he was headed to the SHL, where he lined up for Ariada Volzhsk, which later folded. "It was fun playing there, I had a lot of responsibilities," Anttila told the Finnish media. "However, the level wasn't the highest, and it wasn't was I was seeking when I signed in Russia." Later that season after scoring 5 (2+3) points in six games for Ariada, Anttila moved to Orebro in the SHL, where he will play until 2016. 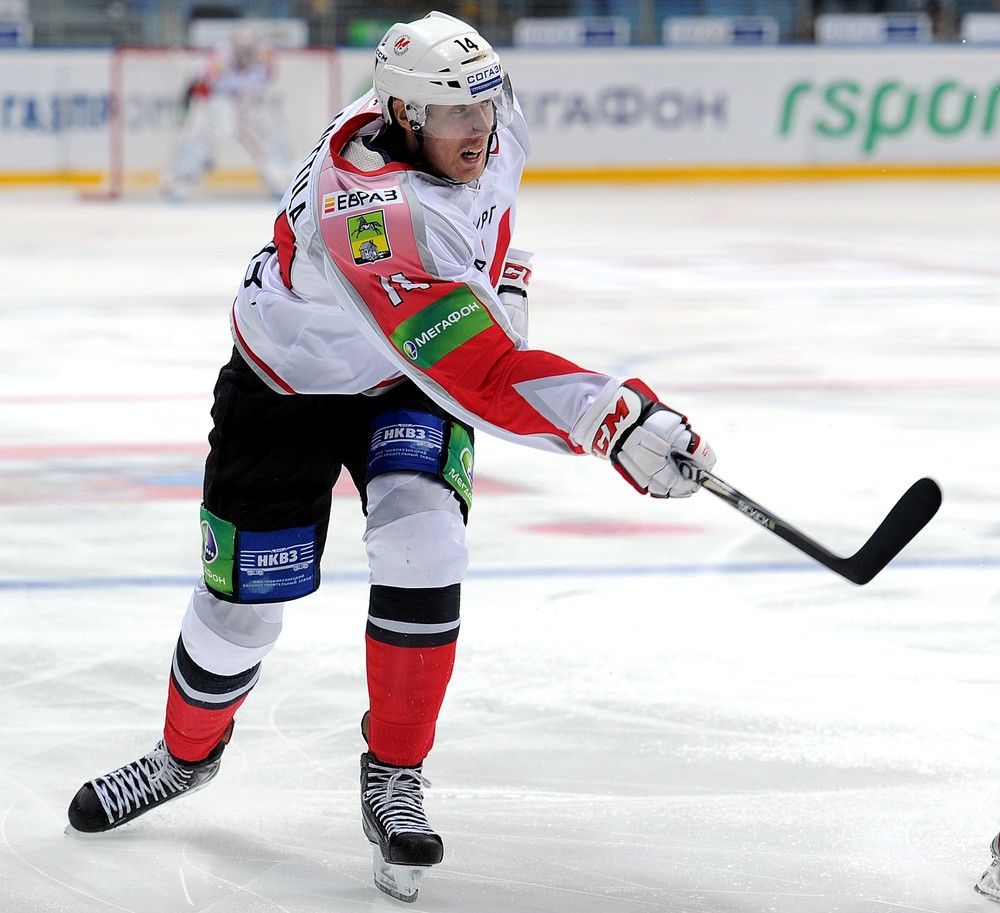 With Jokerit joining the KHL, more Finn players had a chance to play high-level hockey at home. In 2016, the Helsinki-based side announced to have signed the towering forward to a one-year deal. "He's a big and fast player, with significant experience both playing abroad and with the national team. We are delighted to have him on board," Jokerit's GM Jari Kurri told the team's official site to announce the signing. Anttila quickly found his groove in the Finnish capital: he never became a high-scoring player, but a reliable role-player excellent in eating up minutes and space in the key moments, using his size and reach to help his team in the hardest times and finding the net from time to time for some much-needed secondary scoring. Joining physical play, an excellent acceleration, and his intrinsic leadership abilities, Anttila fastly found himself in a leading position for Jokerit. He is one of the key players for the team, and soon he will break the 200-mark milestone for KHL regular-season games. Scoring twice to Canada and becoming a national hero was huge for Anttila, but he doesn't look like the kind of player who is content with a single gold medal. The bogeyman will have a chance to defend Finland's goal next year in Switzerland, and Jokerit is currently the fourth seed in the Western Conference's standings. SKA and CSKA will be the teams to beat in the playoffs, but so were Canada and Russia last year in Slovakia.