Man of the Week – Linus Omark

With 30 points in 31 games, the Swedish international is currently the third scorer in the league – his rank climbs up to second place if considering assists only, as he trails Vadim Shipachyov by five helpers for the KHL dominance. However, Linus Omark can boast yet another record broken last week, when he surpassed nothing less than Alexander Radulov to become Salavat Yulaev's all-time top scorer in the KHL. Against Amur, he scored his 300th point with Salavat Yulaev, a trip that started on Aug. 25, 2015, against Avangard, in front of a crowd of more than 10,000 in Omsk. In the years, Omark developed fantastic chemistry with another top scorer for Ufa, Teemu Hartikainen.

Linus Omark started his path to stardom in Lulea, the northernmost team in the Swedish Hockey League and the closer to his native Overtornea, a small-town on the border between Sweden and Finland. Despite its small size, the town produced three players who performed in Russian hockey's top flight in Omark, his friend Johan Harju, and Daniel Henriksson, who played a short stint guarding Sibir's crease in 2007.

Omark's early years in hockey were tied to Harju, similarly to the Swedish connection of Anton Lander and Magnus Paajarvi in Yaroslavl. By the 2008-09 season, Omark became the team's top player, leading Lulea with 55 (22+23) points and gaining a trip to the 2009 IIHF World Championship in Switzerland. With his creative play, in that same year, he became a sort of a YouTube sensation after an incredible shootout goal where he flipped the puck in style over a desperately sprawling Marco Buhrer of Switzerland that went viral.

After his successful play in Luleo, it was quite clear that Omark and Harju overgrow the SHL. Most were thinking that they were going to sign in North America (Omark was drafted by the Edmonton Oilers, and Harju by the Tampa Bay Lightning). Still, they decided to sensationally sign in the KHL with Dynamo Moscow. The move, which Omark labeled as a "big step," caused a lot of noise at that time. "I came from the Swedish League, and I wanted to try something else, such as the KHL. Dynamo came in with a good offer, and I saw an opportunity to grow as a player and to have some fun here," he told KHL.ru back in 2015.

With the Blue-and-Whites, Omark and Harju had a good showing, especially Limpa, who scored 20 goals and 36 points – good for the third spot in the team's scoring rankings behind Mattias Weinhandl and Jiri Hudler. In spite of a stacked lineup, Dynamo failed to Spartak Moscow in the first round. "I had a good year, and I enjoyed playing there. I went there with my fellow Swede, Johan Harju, and we lived with Leo Komarov. Mattias Weinhandl was there, too, so we had a strong Swedish contingent. And there were also the Czechs – Jiri Hudler and Karel Rachunek. Great players. Of course, it was bad when we lost to Spartak in the first round, but apart from that, I only have good memories on and off the ice." 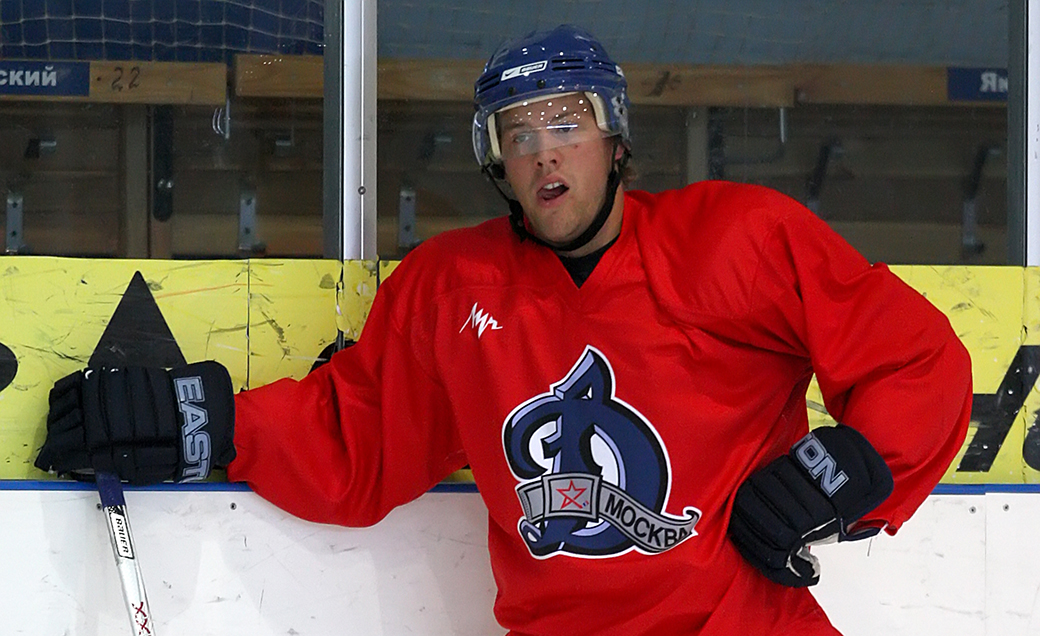 After a successful campaign in Moscow, however, Omark and Harju split and moved to North America. Things there didn't go well, and Omark only scored eight goals in two years with the Oilers. In the 2012-13 season, Omark played in Swizterland for EV Zug, where he led the league with 69 (17+52) points. After his successful season in Zug, he moved for a final attempt in the NHL, where he played one game for the Oilers and was then traded to the Buffalo Sabres. Once again, he didn't stick in the NHL and ended the season with his hometown club, Lulea. "I went to Edmonton, and there were a lot of other young guys there, first-rounders, with playing styles similar to mine, so it was pretty hard for me to break into the team. We struggled that season, and the team and team did not play that well, but I still enjoyed my time there. I have good memories. I wanted to play more and show what I could do, but that's the way it goes." Naturally, Omark thinks that the experience went to his advantage. "I was playing against the best players in the world, and I was still young when I was there, so I learned a lot from that kind of game. They were fun years, but I am here now."

After splitting the season between North America and Sweden, Omark returned to the KHL as he signed with Jokerit. "I decided to go to Jokerit because, first of all, they wanted me really bad. The previous year I was in Buffalo, in the farm team, and my wife and I spent the entire year living in a hotel. We wanted a nice home, like an apartment, and I still wanted to play in a top league, so we thought about Switzerland or the KHL, so when Jokerit's offer came, it was a good opportunity. I loved it there, and I am really happy that I went there." Playing under Erkka Westerlund, Omark propelled Steve Moses record season – the American forward scored 36 goals that year – and made a strong impression of a much more mature player than he was earlier on. Moreover, in Jokerit, he was again playing side-to-side with his old-time friend Johan Harju. However, Harju was far from being successful for Jokerit, and, midway through the season, he left the team.

After a successful campaign in Helsinki, on May 2 Salavat Yulaev announced to have signed Linus Omark. He will spend the next five years there, emerging as the all-time leader for the Bashkortostan team, surpassing Alexander Radulov and his 299 points. In the meantime, Omark represented Sweden at the IIHF WC and Olympic Games level, had a shootout with a flaming stick at the 2016 KHL All-Star Game, and fought Ak Bars' captain Danis Zaripov in the Green Derby.

In Salavat Yulaev, he built great chemistry with another international player who has reached special status in Ufa – Teemu Hartikainen. With another Finn, Joonas Kemppainen, who since then moved to SKA, they formed a formidable Nordic line that caused havoc in the opposition. There's just one thing that he's yet to achieve in the KHL – winning the Gagarin Cup. A three-time KHL All-Star, the Swedish Magic Man, as he is often called, is one of the best international players in the history of the league to never have raised a cup. The flamboyant Swedish forward appeared in 69 KHL playoff games so far. If Salavat keeps on getting points from Omark and Hartikainen in the top line, they will have a fantastic chance to reach the Gagarin Cup finals for the first time since 2011, when the team coached by Vyacheslav Bykov defeated Atlant 4-1 in the final series. When Omark and Hartikainen are in shape, almost nothing can stop Ufa. 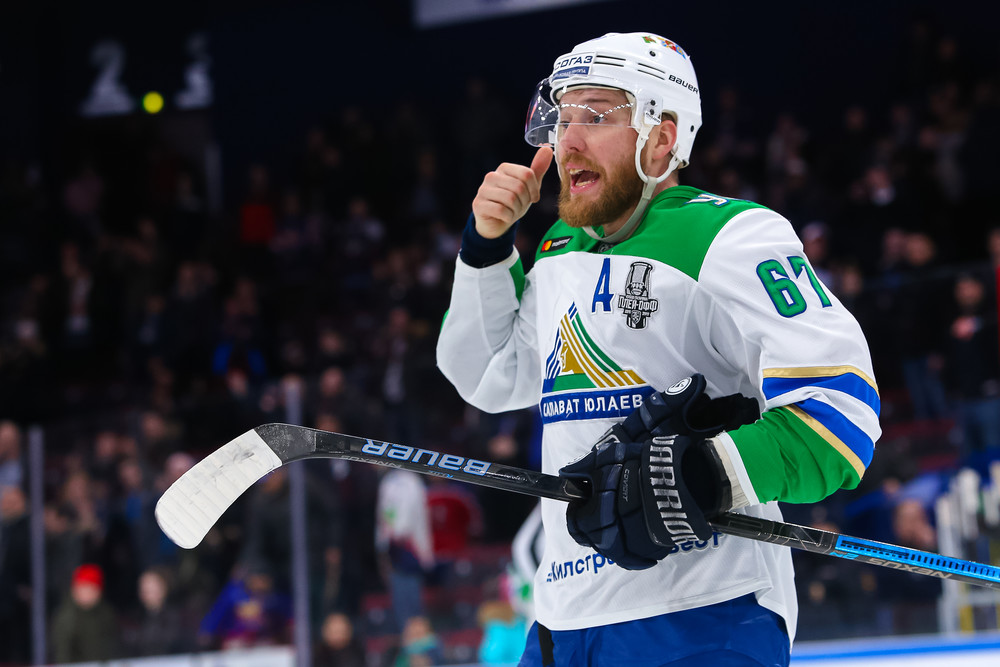