In William Shakespeare’s romantic tragedy Romeo and Juliet, the latter poses a question that has reverberated for over 400 years: “What’s in a name?”

The answer, in Juliet’s case, was a rather cruel twist of fate.

If you were to pose this question in hockey, and if the name you pondered was “Gretzky,” then prepare yourself for a marathon of superlatives. From 1979 onward, Gretzky became a synonym for magnificence – a virtuosity that transcends generations. Wayne Gretzky was not simply the best hockey player to have ever played; it has been argued that he was the greatest athlete, in any sporting domain, ever.

But what if you too grew up with this last name, and somehow found yourself in the ranks of professional hockey? Perhaps the answer could begin to feel more tragic than triumphant, depending on your appetite for scrutiny. This is exactly the situation facing twenty-two-year-old Dinamo Minsk forward Vyacheslav (Slava) Gretsky, who recently came to the world’s attention when he debuted in the KHL with the best-known surname in sports. But that’s not the only crossover in this tale of two Gretskys. 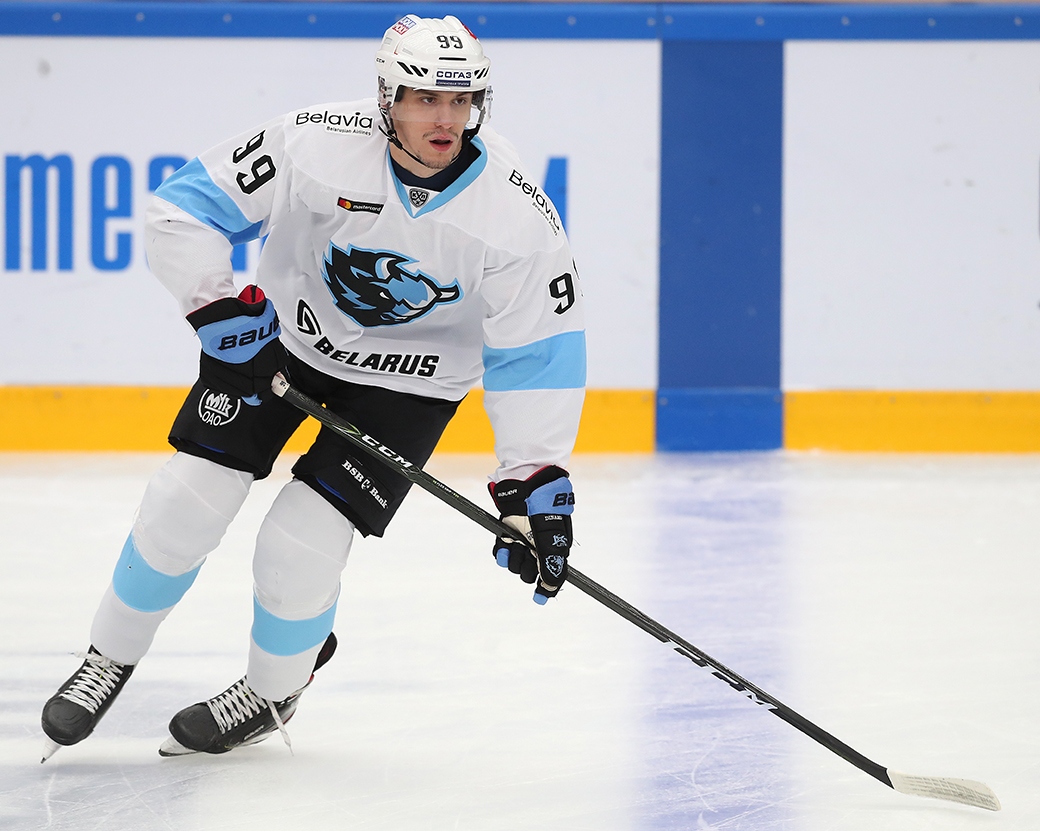 Belarus is a country of roughly 9.5 million people, and both hockey players share not only national roots, but also regional ones. Wayne’s grandfather emigrated from Western Belarus to Canada in the early twentieth century. It is the same place where Slava grew up, and where both families still have ties.

The pair also share a number – the legendary #99 – although interestingly, not by choice.

I had a chance to catch up with the KHL’s very own Gretsky from Belarus this week. We talked about the upcoming All Star Game, the Great One’s historic visit to Minsk and more.

Gillian Kemmerer (GK): What first drew you to ice hockey?

Slava Gretsky (SG): I came to hockey at the age of seven, and was one of the last. At that time, boys my age had already been training for about a year. My passion began in February 2002 after the Olympics, when I watched the Belarus-Sweden game (the Belarusian team won, by the way). But at that moment, I was impressed much more by the yellow uniform of Sweden and wanted to have the same. My parents noticed my interest and dad took me to a hockey class. That’s what led me to the game.

GK: Can you pinpoint the moment when you first realized that you shared a name with the greatest hockey player in history?

SG: One of my coaches once asked at training: “Who wants to be a goalkeeper?” I really wanted to try out that position, so I came home and told my parents about it.

My Dad said that with my name I could only play as a forward, and he told me about Wayne Gretzky.

At first, I was upset – but after reconsidering my desires, I decided that I would like to score goals even more. Of course, at that time, I didn’t realize or understand all the potential consequences.

I didn’t have the opportunity to collect enough information about the Great Gretzky, so I just agreed with my father and continued to play as a forward. When the first computer appeared in our home, I started reading more about Wayne on the internet, watched game highlights, and then it became much more interesting for me to accept this fact.

Now and then, it was interesting for me to follow his game, to watch the legend, but I didn’t try to attach special significance to our common name and simply lived my life in Belarus. As a child, I was more focused on the Kostitsyn brothers, as well as [Mikhail] Grabovsky and [Ruslan] Salei. Of course, now I would be pleased to get a chance to meet Wayne. There’s a lot I’d like to ask!

GK: You referenced the “potential consequences” of sharing Wayne’s last name. I can’t imagine the pressure that comes with that. Do you feel that you are constantly compared to his legacy?

SG: Sometimes I did in childhood.

The coach liked to reproach me for a bad game because in "having this name, I couldn’t play badly.” Then I was angry because I wanted them to see me in this name, but sometimes it motivated me too.

In pro hockey, I was sometimes called Wayne; most of our Dinamo imports were surprised this year by that for some reason.

But pressure? It depends. I’m pressured when I don’t play, watching hockey from the stands or as 13th forward on the bench. This is what really stresses me, but with such a name, the pressure becomes even harder. Throughout my career I played in any condition – I ran away from home through the window for trainings, missed games only because of injuries…so sitting on the bench causes real frustration. I always wanted just to play hockey. Nothing has changed.

GK: I understand that you did not choose to wear #99 for Dinamo Minsk. How did you get that number?

SG: I think this number was recommended by team management, so I couldn’t refuse.

I came to the locker room for a preseason tournament in Nizhny Novgorod, and already had #99 on my helmet. I have never had this number before.

GK: What number do you normally wear? What is the significance to you?

SG: Before this season, my number was 12. I was once given this number in a farm club and played in it since the age of 16. I also played under the “unlucky" number 13 at the World U-18 Championship, which I didn’t choose! Not sure whether the number matters or not, but in that tournament I made 3 (1+2) points in 5 games. 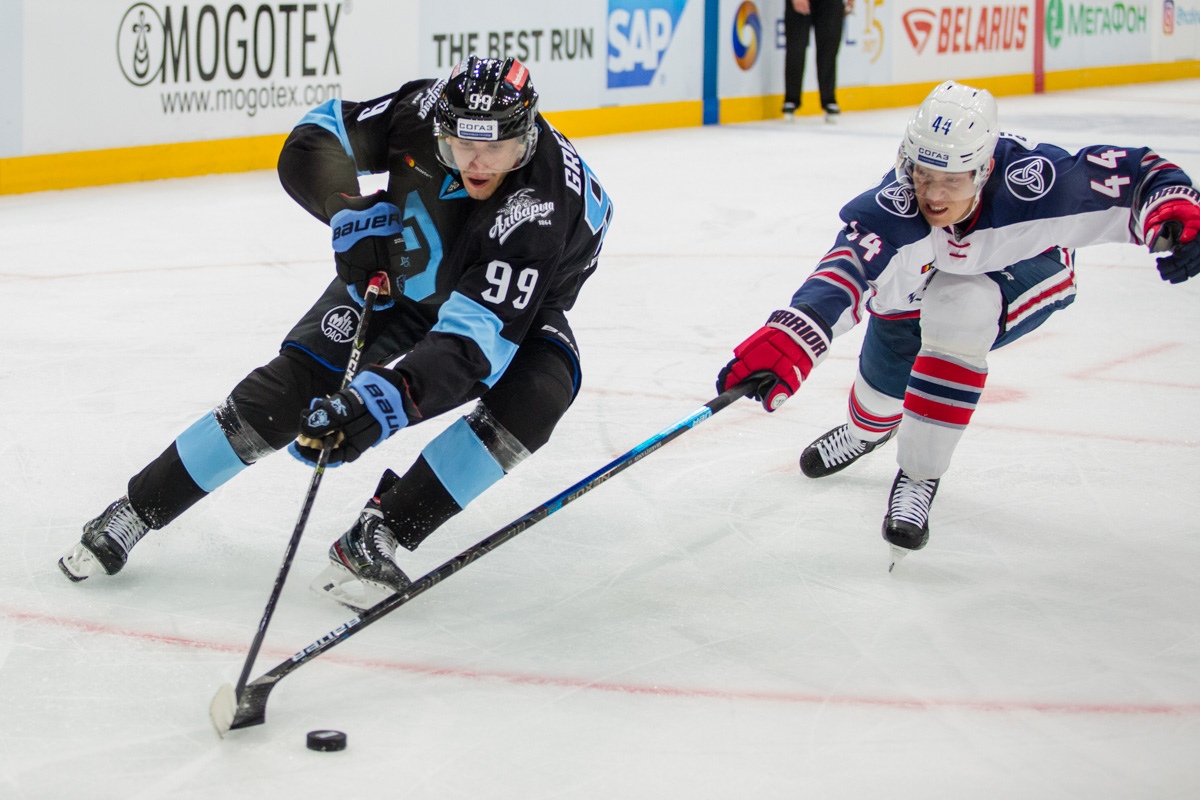 GK: There is a worldwide effort to get you named to the KHL All-Star squad right now.

SG: It was a surprise that at first really confused me. But this situation doesn’t depend on me, so I took it as a challenge.

I have very little playing time on [Dinamo Minsk]. Therefore, I will use this chance as an opportunity to play hockey and prove myself. This is an experience, a great show and the opportunity to be close to the best players in the league. I am pleased that so many people support me in voting. It feels great to have that kind of support!

I will share my impressions about the All-Star Game after, if I get there. I have to show myself in the best way so that I won’t be ashamed, and people who supported me could say that I deserved that chance afterall.

GK: In further coincidence, I understand that you and Wayne happen to be from the same part of Belarus. Tell me about where you grew up.

SG: I was born in the small town of Grodno. It is located near the Polish border. Pride for the historical past of this city is always in my heart. I love history, and therefore I know a lot about my city. We have many preserved old buildings, two castles, great European architecture. Grodno is a beautiful, cozy and very green city.

GK: Grodno is starting to look like a hockey mecca of sorts – is the sport beloved there?

SG: Oh yeah! The city loves hockey. It is definitely one of the most popular sports. The local team is highly supported, and the fans are great. 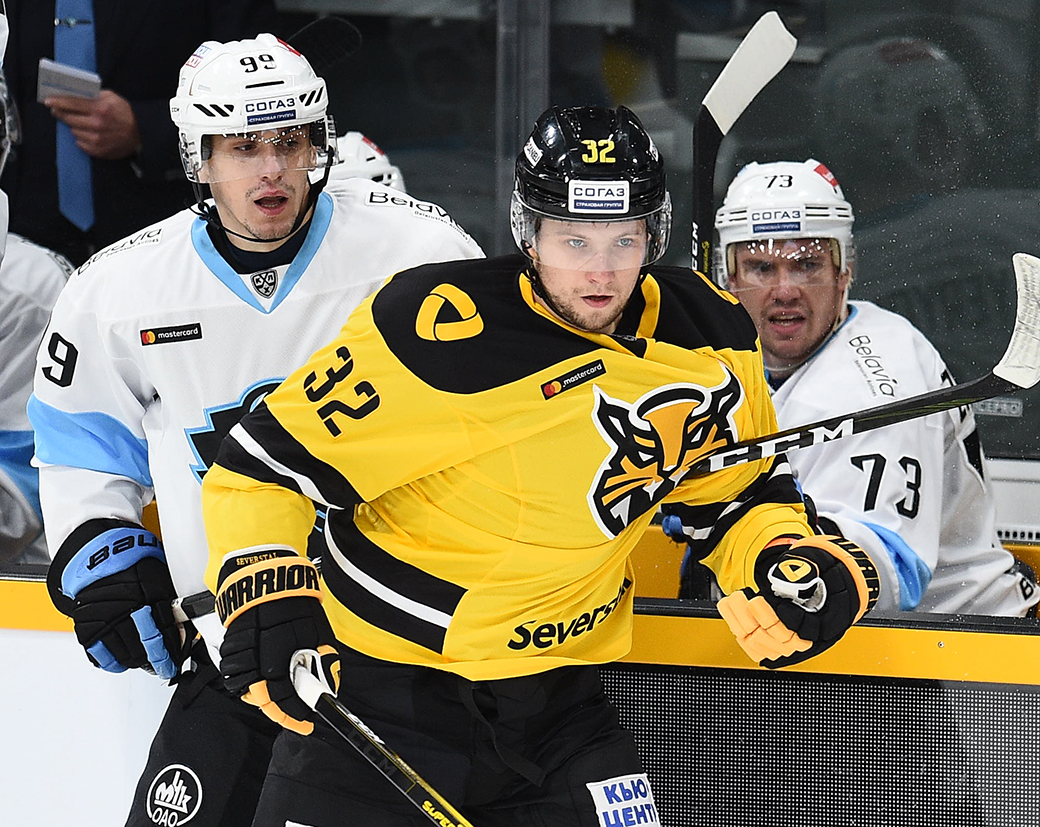 GK: Wayne Gretzky actually came to Belarus a few years ago and connected with relatives. What do you remember from that visit?

SG: I knew that he visited Minsk and watched the All-Star Game on TV. I also remember that his shape was used in the logo of the 2014 Ice Hockey World Championship in Minsk. My wife knows more and she even got acquainted with Wayne’s relatives, although she only told me about this now!

GK: We’ve talked a lot about Wayne Gretzky, whose on-ice legacy is already written. What do you want your legacy to be?

SG: I want to emphasize that I don’t want to push myself ahead of someone; my life is my destiny with its own story and achievements.

I don’t feel like pulling a train of fame just because I have a similar name to a legendary individual. I am a different person and a different hockey player.

If we discard potential family roots and same name, then I’m similar to the legendary Gretzky only by position in hockey. I want to become better than I am now, and try to go my own way to the top. I’ll say this ambitiously: I want to write my name in the history of world hockey. 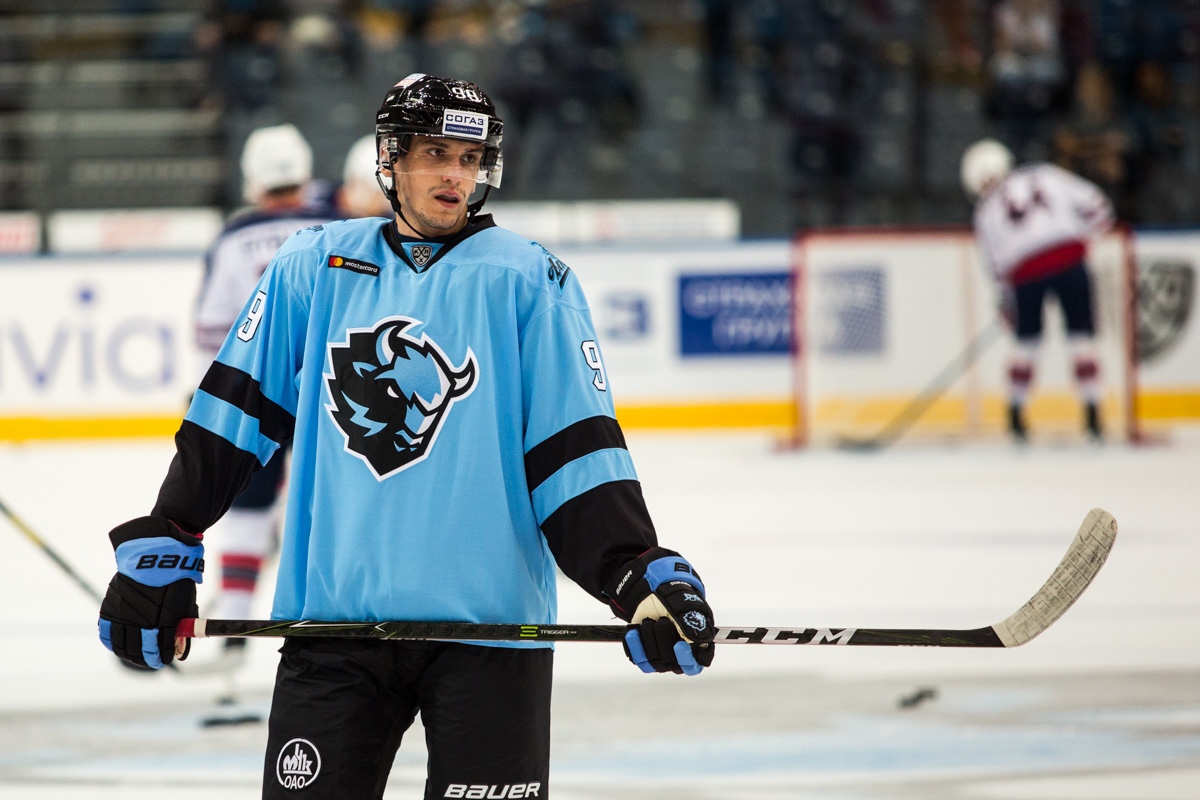