KHL.ru unveils new records hit in the eleventh week of the regular season according to the data gathered by microchips and smart pucks.

In the latest seven days, the author of the hardest shot was Sibir's blueliner Andrei Yermakov. Facing Torpedo, his slapshot recorded 166,7 km/h (103.58 mph). However, Traktor's Sergei Tereshchenko fired the puck at a blistering 168.9 km/h (104.97 mph) on Sep. 15 against Kunlun Red Star. 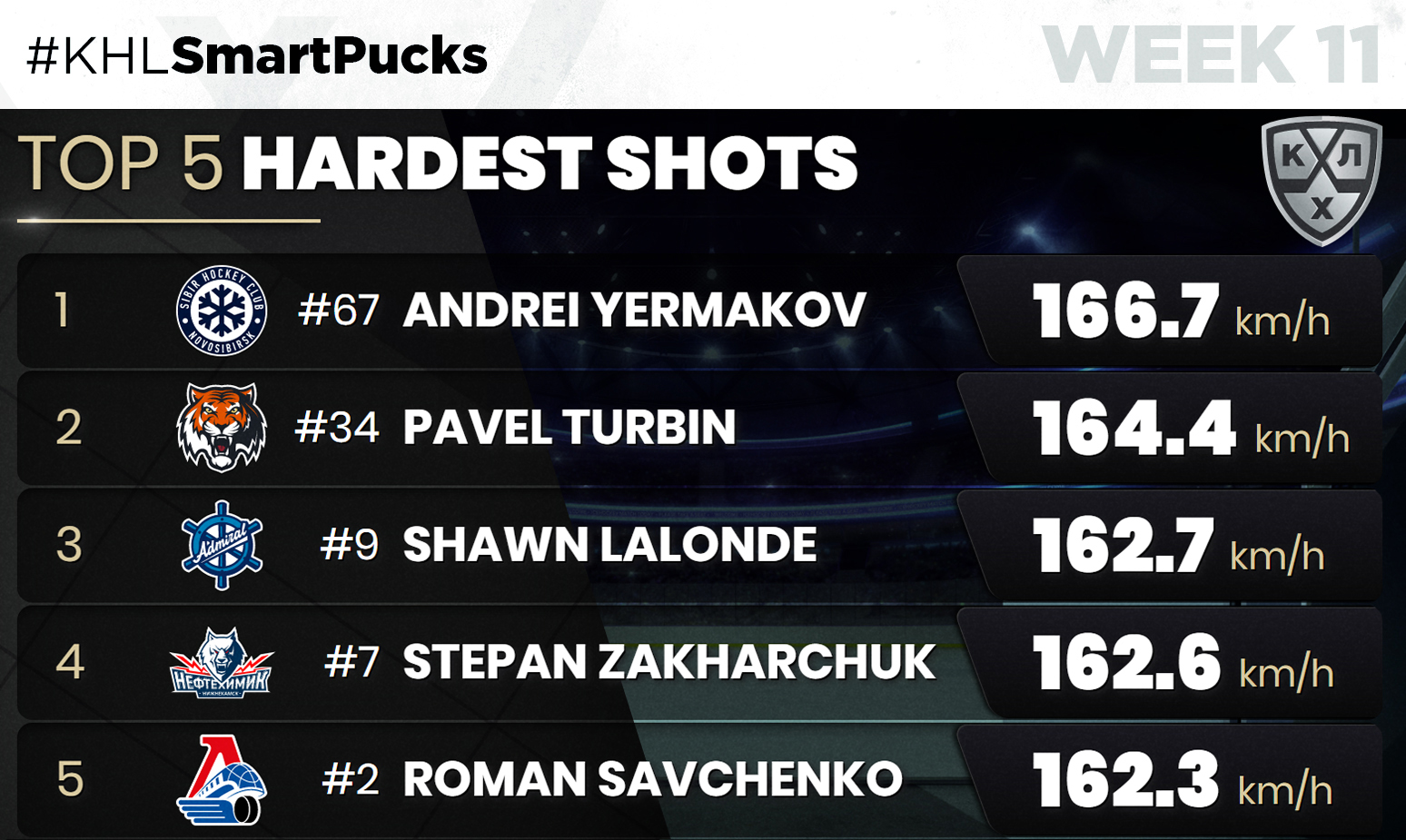 The Hawks keep on showing fantastic stamina on the ice as well, and four players from Avangard lead the single-game distance run stats. Just as it was the case last week, Vyacheslav Voynov took the first spot with 6,842 meters – which, however, didn't beat his record, set at 7,965 meters. Considering how Bob Hartley's side is plagued by injuries, it's not a surprise to see such numbers. 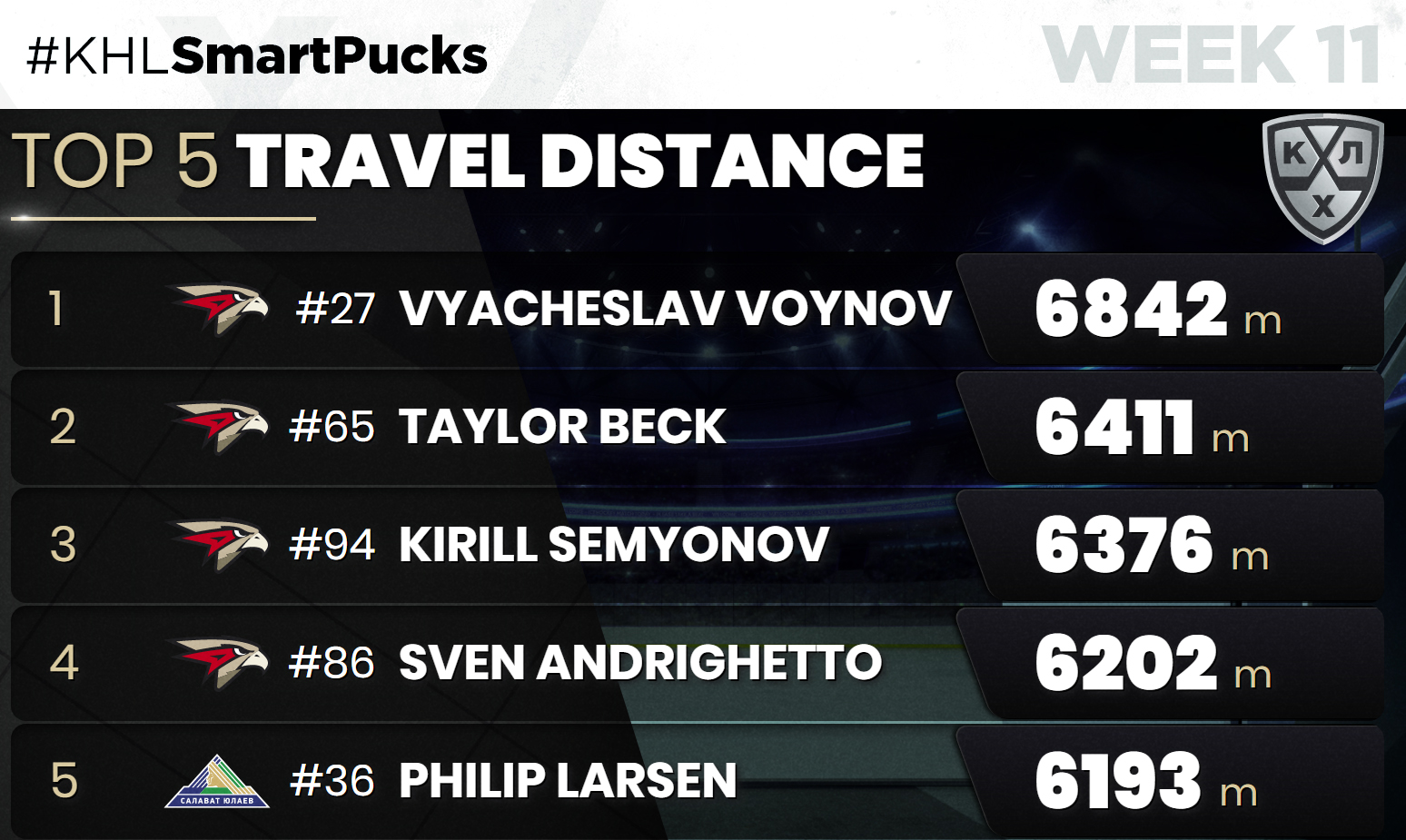 Neftekhimik's players keep on recording high numbers in the top speed category, even if with other players. This week, the best was Marat Khairullin, who hit 39.0 km/h (24.23 mph). So far, the season-high belongs to Dinamo Riga's forward Mikelis Redlihs with 39.8 km/h (24.73 mph). 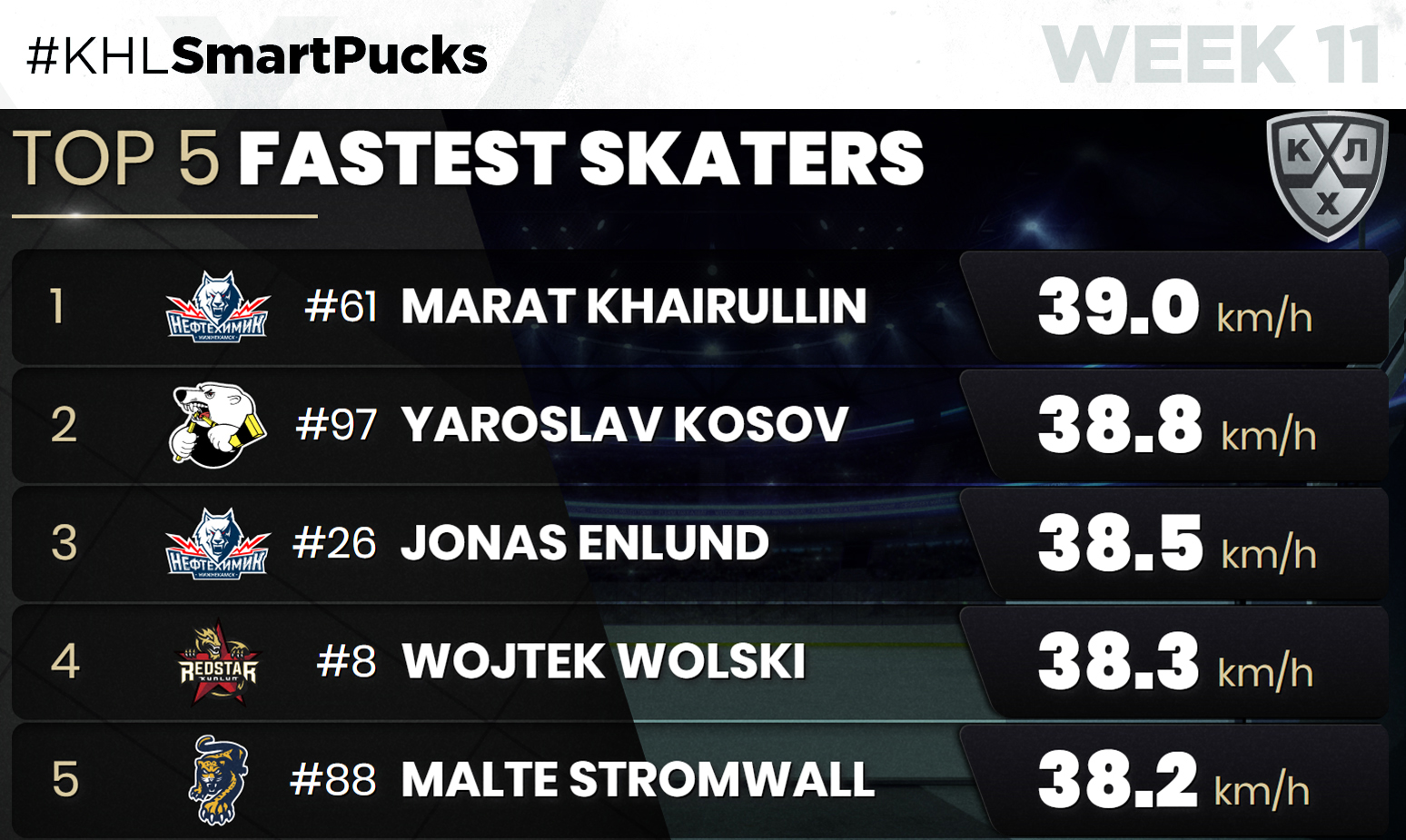