Lander and Paajarvi duo is ready for damage in Yaroslavl

Those who follow hockey for some years know that Anton Lander and Magnus Paajarvi are a deadly duo that caused havoc in the opposition defense not only in junior hockey but also with the pros. They often played together, and now the dynamic duo is reunited in Yaroslavl as Lokomotiv inked Paajarvi in October's end. KHL.ru met the two Swedish forwards and discussed their friendship and early life, how their friendship influence their game and tried to figure out who really assisted Paajarvi's first goal in pro hockey.

"When we were playing in Timra, we were really young," Anton Lander explains. "We were like 17-18, and we were walking to school together, and then go practice with the big team. It was a great time, and we learned a lot. The biggest thing that I remember is that we were competing every day. I wanted to be better than Magnus, and he wanted to be better than me, so we were challenging ourselves out in competitions and stuff like that." Naturally, Paajarvi tallied his first pro hockey goal with a helper from Lander. "I am pretty sure that I didn't assist him on that goal, if that is written on Wikipedia, then it's wrong," Lander laughs off. "I think that it was a Finnish guy who fed him with the puck for that goal."

Maybe they did not assist each other on their first professional goal, but the two spent a lot of time together, on and off the ice. "It was big fun," Lander confirms. "Both on and off the ice. We were young, and we were growing, we started playing men's hockey with the big team. Back then, the rest of the team was hard on us, because we were 'the young guys.' We had great leaders; they helped us a lot, but hey were also always ready to point us out."

"The most memorable moment was probably having our pro hockey debut with Timra. It meant a lot for both of us, and the fact that we could share it is probably our best memory." Paajarvi recalls. 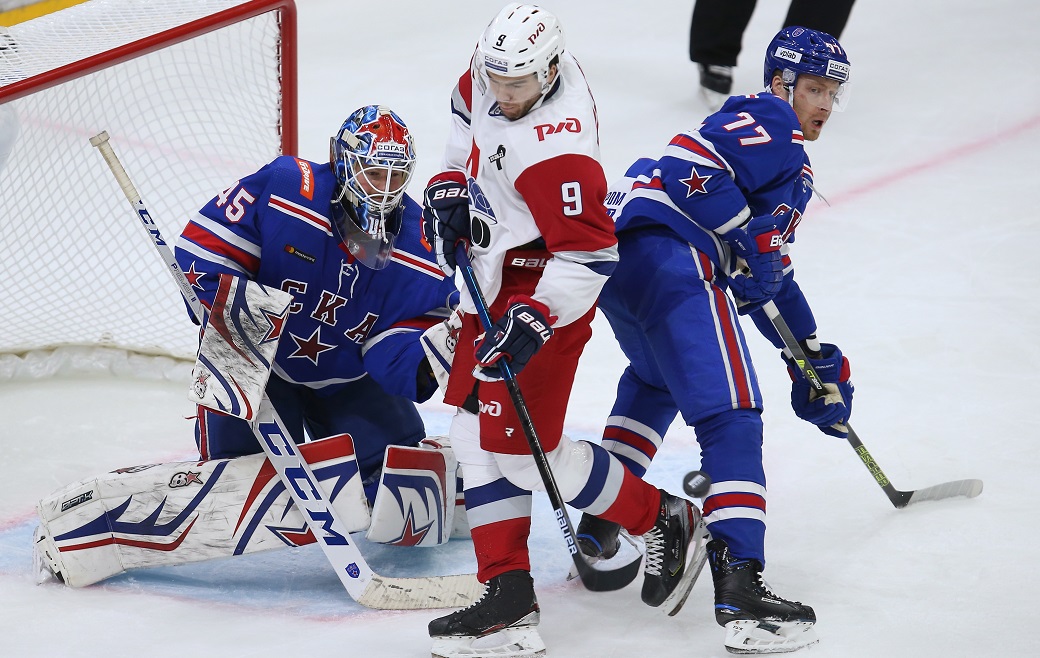 Lander and Paajarvi did not have to wait long to see that they had excellent chemistry on the ice as well. "The coaches played us together from day one, the chemistry was there, we also went to the WJC together," Lander recalls. "Magnus is a great skater, he is strong on the puck, and I was trying to send the puck to Magnus as much as I can to use his speed. That way, he can play his best hockey: Using his speed, his size, and drive to the net. We hope that we can get back to that, we are together just for a couple of weeks now, but I am excited to be playing with him again."

Like Lander, also Paajarvi is pumped for the return of the Swedish dynamic duo. "When we played together earlier, we had a lot of competition between each other," Paajarvi starts, similarly recalling their youth days. "We were super close off the ice, outside the rink. We pushed each other a lot in those days. It was a long time ago, but finally, we got to playing together again, and it is going to be super fun. I am excited. Lander is a great player and an established forward in the KHL, so I'm excited."

Lander and Paajarvi parted ways in 2010 when the latter moved overseas to join the Edmonton Oilers. One year later, they joined again in North America, but soon Paajarvi was traded to the St. Louis Blues. Despite being far, however, the two did not lose contact. "We always talked a lot. Maybe not every day, but even before I got here to Yaroslavl. So, we often said that it would have been fun to play together again, so I'm definitely excited – and I think that he is too – to play with each other and have a lot of great moments." 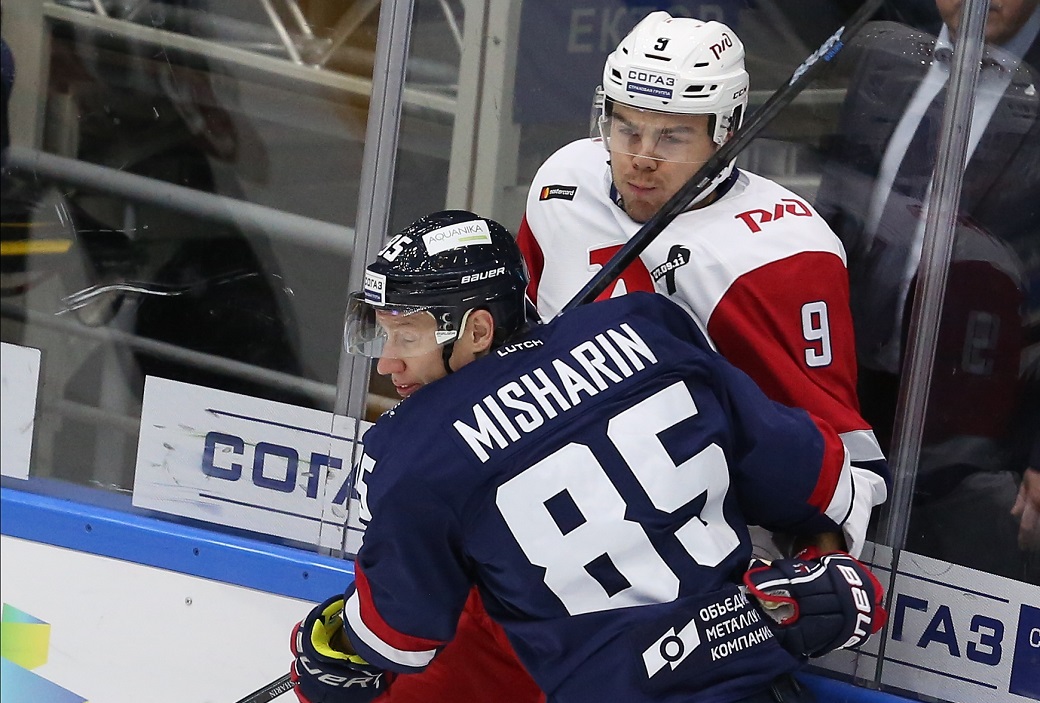 Lander: “Pelino tries to get us looking at bigger goal”

The two are not also scared to play the unordinary way to create chances for Lokomotiv. "A safe play is never a bad play," Lander admits. "However, we can also be more creative. We know the rules; never do that on the blue line. You can risk, but I think that it is better to go to the net, the way we do. We play hard. If you play and work hard, then the plays will come."

Lander and Lokomotiv started the season under Canadian coach Craig MacTavish – a move that surprised everyone, including the Swedish forward. "Other names were circulating, and then the team appointed MacTavish. It was a bit of a surprise." MacTavish was working with the Oilers when the team drafted Lander back in 2009. Then they were in the same system for several years. "I was also a bit surprised when he was fired, but as a player, you always feel responsible for your coach. It was the first time in my career when the coach was fired that early, he felt guilty that there were no results – it was his responsibility. We had a tough start. In the beginning, we were up in many games that then we ended up losing. When this happens, the pressure was on, both for him and for us, the players. We try to look ahead with this team right now; we try to get better every day and stick to the system."

Lander recognizes the difficulties for a Canadian coach to move overseas and make results right away. "I think he did alright; probably there was some misunderstanding due to the language. Last year, when I played under a Russian coach, Zinetula Bilyaletdinov, he always wanted to make sure that I understood what he had to say to me. Still, I think that it is also a player's responsibility to try to break the language barrier. Of course, it's tough when you don't speak the Russian language."

Another Canadian, Mike Pelino, who worked six years in Russia before, but never as a head coach, now rules Yaroslavl’s bench. "I like him," Lander says with conviction. "I think that our practices are a little bit more high-tempo than it was before. He is doing a great job; he pushes us to work hard and to work for each other. We're not going to win any match if we don't work hard."

Pelino is known for his work on the players' motivation. "He always gives great speeches before the games," Lander confirms. "He tries to get us looking at the bigger goal. We know that it's a process, and we work on it every day." Since Pelino got to the helm of the team, Lokomotiv started gathering more wins, and the team is now back in the playoffs zone. "I think that we are blocking more shots, this helps our goalie to play better. We are also scoring easier goals, with tips or shots from the blue line and screens. I think that we finish our checks more, and we are becoming a tougher team. Everything is getting better for us." 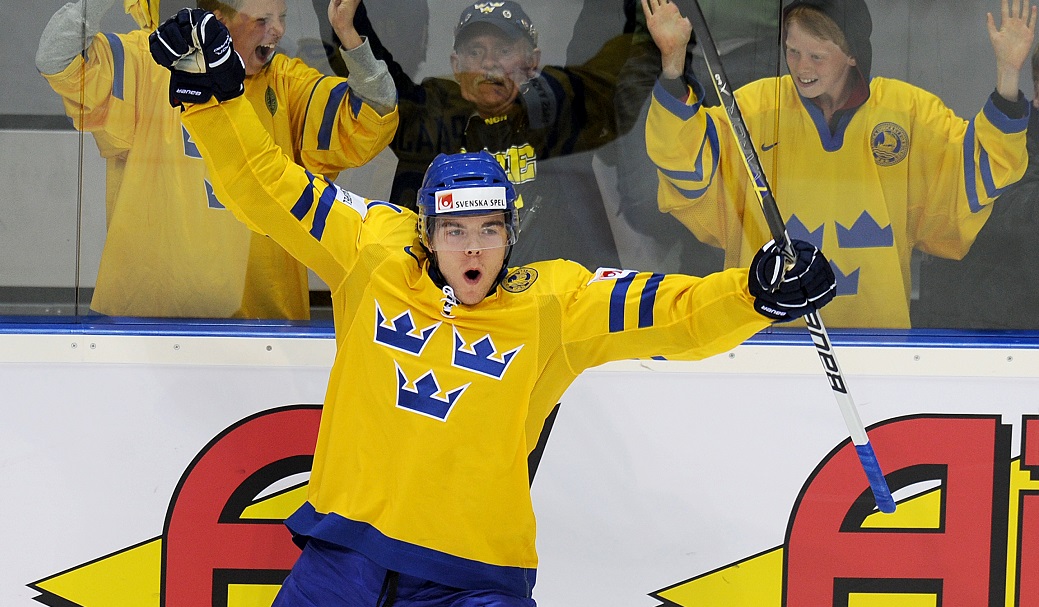 Paajarvi: “I am here to win”

Lokomotiv Yaroslavl drafted Magnus-Paajarvi some ten years ago in the 2009 KHL draft. "I think it was the KHL first draft," he recalls. "I think I didn't know that the league has a draft, and I found out that I got drafted by Lokomotiv, I was surprised, but I was also like, 'Ok, that's nice', but I didn't think about it because I was just drafted in the NHL and that's where my mind was going. I was surprised because it was the first draft ever, and I didn't even know they had one."

Maybe Paajarvi could not imagine that in the end, he would end up in the KHL playing for Lokomotiv. "Hard to say. It was ten years ago. However, Anton is always speaking highly of the KHL, so I see myself playing here, for sure. I was focused on playing in the NHL for ten or fifteen years, but that does not happen every time. Very few people play that long there. I was fortunate to play nine years in North America, but now I have a new chapter for me in the KHL. I am 28, and I feel great, so it is not as if I come here at 34 or 35 just to dust off a couple of years. I am here to win, and I am excited to do that with my best friend. It's so easy for me to be here, and I'm super excited."

Differently from Lander, Paajarvi more often found himself in the bottom lines in North America, and so he has to reinvent his game a bit. "I play in a different role now; I need to learn it. It is definitely different, but it is something that I need to learn. I actually played both. Earlier in my career, I was playing in the first or second line, and the first or second power play unit, trying to make the plays. It did not go well for me, so I had to go to another role in the third or the fourth line and play the PK. It is never easy. I think I have done both, and now I feel like I am back to do more to win games for my team and have more responsibility."

Since the early days, Lander and Paajarvi form a very dynamic duo that works like a well-oiled machine. "I think that we think very alike," Paajarvi explains. "He's very intelligent, is a super good passer, he works hard. I think that we have a good offensive play, we want to make those plays, and so it is going to be interesting. We have a lot of potential and can achieve the highest goals." 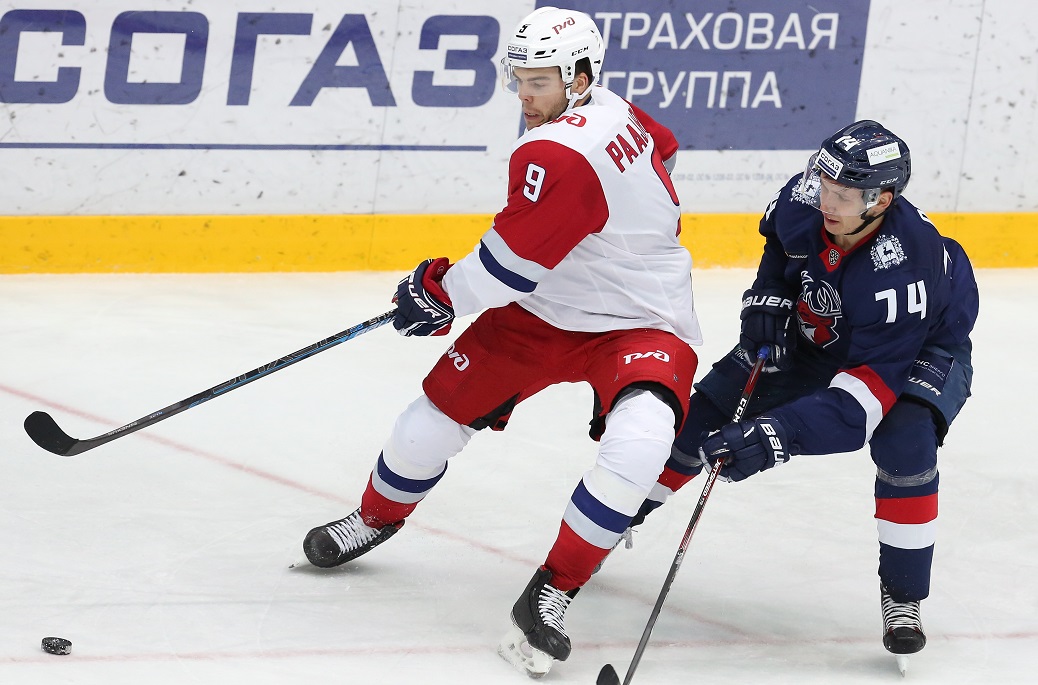