KHL players critical for their teams in Finland

On the weekend, 54 KHL players from 19 teams competed in Finland for the Karjala Cup, the first stage of this year's Euro Hockey Tour.

A little bit surprisingly, the Czech Republic pull out a winning performance in Helsinki, and thanks to an undefeated effort ended the tournament in the top place in the standings. KHL players had a significant role in their teams.

The Czechs were on target since the start of the tourney as they won the first game of the Karjala Cup in Sweden when Dmitrij Jaskin and Mikael Wikstrand exchanged goals in the second period. Then, former KHL stars Jan Kovar and Michal Repik sealed the deal for the Czechs, who could also count on two helpers from Metallurg's Andrej Nestrasil – the team's top scorer with three points. Two days later, the Czechs won again in front of a packed Hartwall Arena – this time over the hosts, with a big-time performance of former KHL defenseman Jakub Krejcik. Milos Riha's team only had to win over the Russians on Sunday to secure the top spot – and they did it in style, with a 3-0 win when Repik, Lukas Sedlak, and Nestrasil scored for the Czechs. Former KHL bench boss Riha can look at the next EHT stages with optimism. 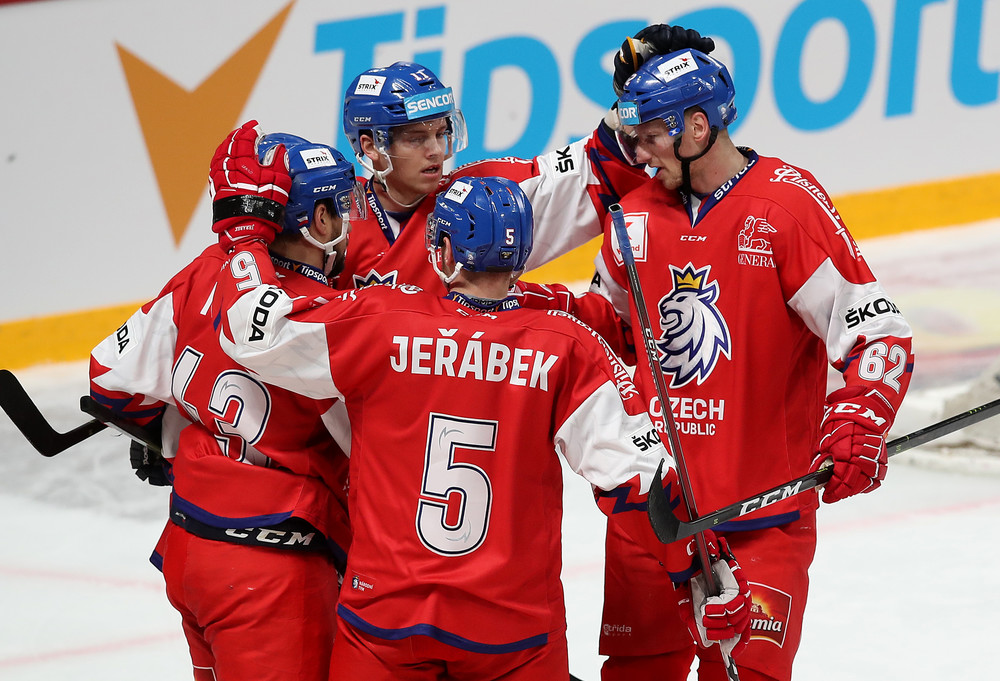 The hosts of the tournament had a reliable performance on home soil, trailing only the Czechs this time around. Led by top scorers Sakari Manninen and Ville Pokka, the Lions started big with a huge 4-3 win over Russia, just to lose to the Czech Republic two days later. On Sunday, the Leijonat got the best over its northern rival, gaining a morale-boosting, 2-1 victory against Swedes. KHL goalies Harri Sateri and Adam Reideborn put on a clinic between the piping and a second-period tally by Vityaz's Miro Aaltonen meant the second place for the Finns. Jokerit's Mikko Lehtonen was once again fantastic on the blue line, this time scoring 2 (1+1) points, while Sateri trailed only Czech Republic's Roman Will in the saves percentage rankings. The Finns played well at home – it will be interesting to check how they will fare in Russia next month. 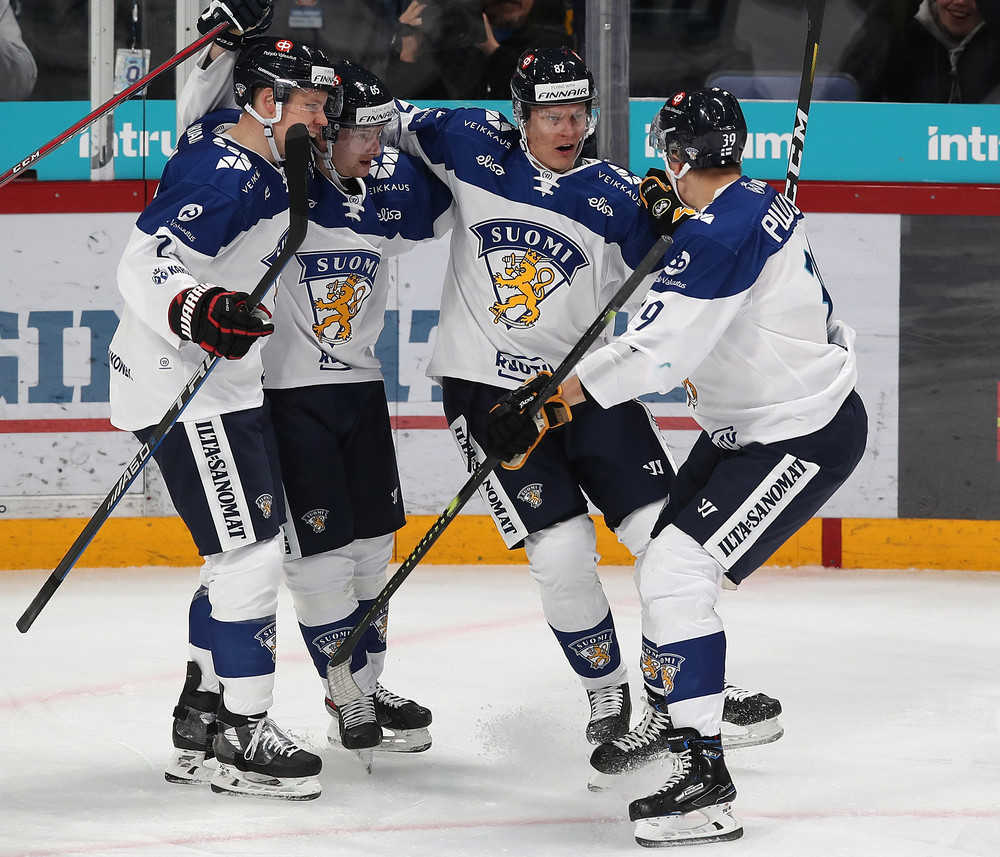 The Tre Kronor didn't have the best tournament as Jonas Garpenlov lost all his first three games at the helm of Team Sweden. After a somewhat disappointing home loss to the Czech Republic in the tournament's inaugural match, the Swedish gamed up, giving Russia a run for its money, but it wasn't enough. Ultimately, they failed beating Finland to get at least one W in the standings. One of the few positive signs was Adam Reideborn's game in the crease – the Kazan goalie posted a robust performance in spite of the two losses. His teammate Mikael Wikstrand was also excellent for the Tre Kronor, netting twice for the Garpenlov's troop. All in all, the Swedes will need to improve if they want to be competitive at the December stage in Russia.

Russia edges Sweden in a shoot-out 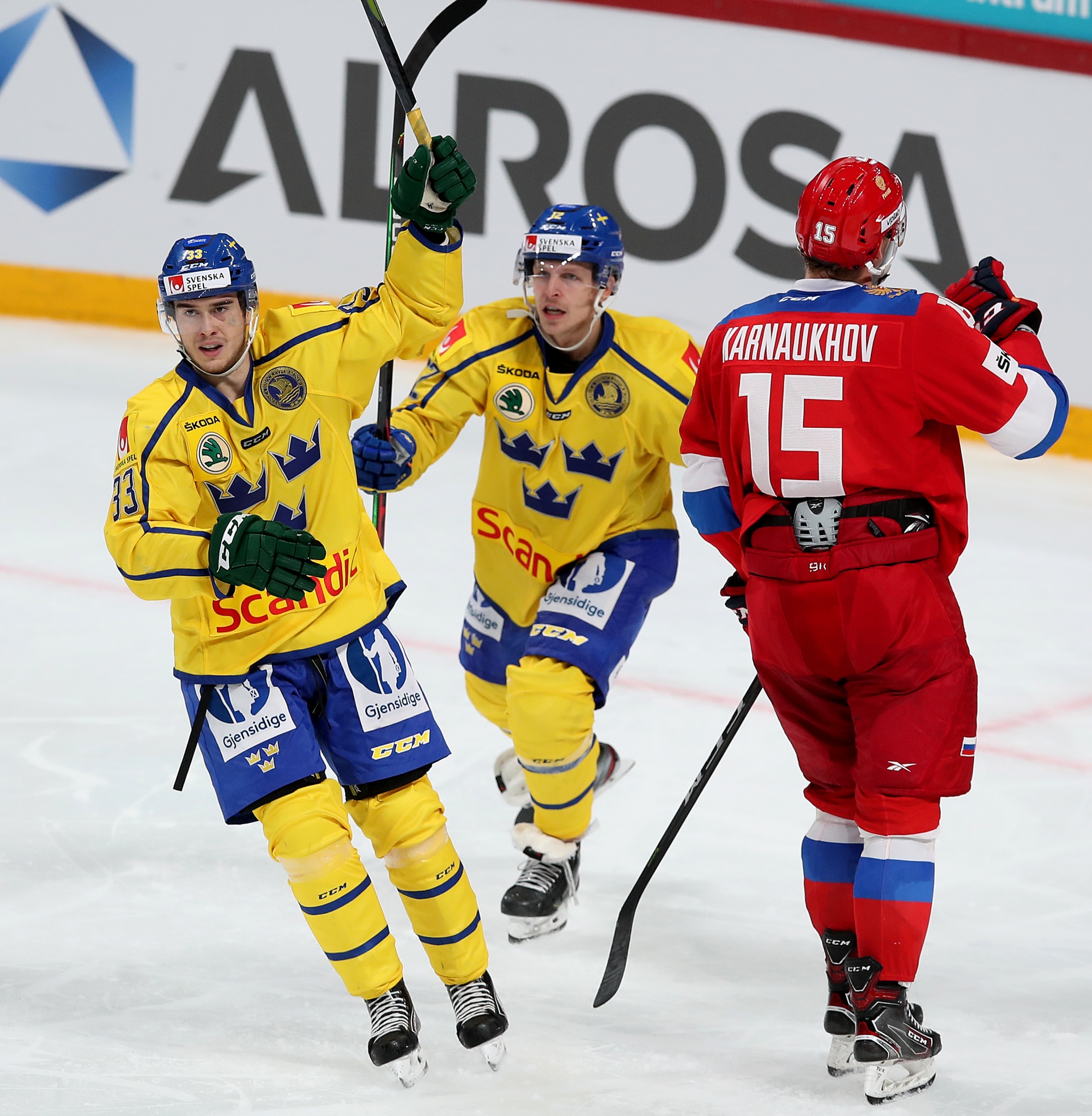 Johan Garpenlov wasn't the lone first-timer at the Karjala Cup – Russia's Alexei Kudashov was also having his debut on the national team's bench. It wasn't a fantastic debut for the 48-years-old coach, who managed to play in the KHL with Lokomotiv Yaroslavl, HC MVD, and Dynamo Moscow before hanging up his skates in 2012. After losing the opener to Finland throwing away a 3-2, third-period lead, the Russian side kind of redeemed itself defeating the Tre Kronor on Saturday with an important SO victory. Salavat Yulaev's forward Nikita Soshnikov was fantastic that night, scoring a highlight-reel goal to make it a 4-2 game in the third period, and then beating SKA's Magnus Hellberg for the game-winning shootout. However, this strong performance wasn't repeated on Sunday, as the team lost 0-3 to the Czechs. "Today's game was disappointing," Kudashov said after the game. "We were more or less OK until that first error, we had some good movement, some chances to score. But then we just stopped, we gave up playing with any aggression. Our power play completely failed. This is a new level for these players, much tougher than club hockey. The tournament as a whole had good and bad points. We got a look at all the new candidates [for the national team], the players gained international experience and understand what they need to work on in future."

The Euro Hockey Tour will move to Russia in December. The Channel One Cup plays from Dec. 12-15 in Moscow. 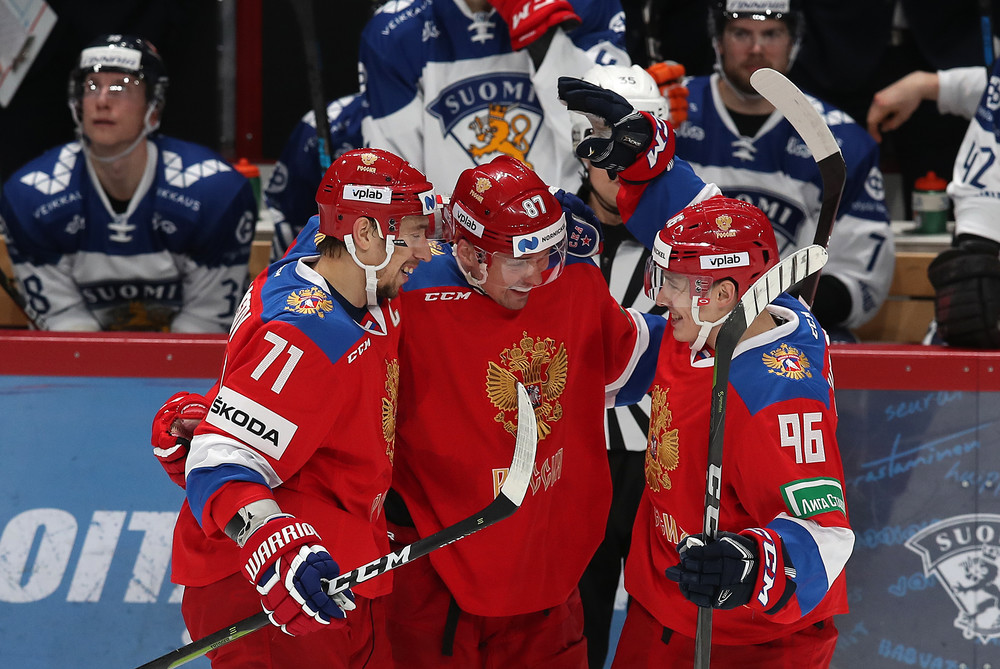