In this exclusive interview, one of Kunlun Red Star's leaders talks KHL.ru about his adaptation to China's capital size, the advantages of home games, his first hat-trick in the KHL, Moscow trips, and much more.

Andrew Miller is one of the players that this summer moved to Kunlun Red Star, seeking a new challenge and discovering new places. The 31-years-old American forward didn't need so much time to adapt to his new reality, as he scored his first point in his debut game for the Chinese franchise.

"China is a new experience for me. It's big"

The forward has already settled down in Beijing. "China is a new experience for me. It's big," he says. "It's not like life is difficult there, but there's always so much going on. Any travel is a little adventure because of the traffic, but it's an incredible experience. There's an ancient culture that you can explore, and I love discovering new parts of the world. I've been enjoying my time in China so far."

The forward is at his second season overseas, having spent the 18-19 campaign in Switzerland with mixed results. Differences with the Alpine country are striking. "Of course, in a sense, it's quite the opposite: culture, mentality, sizes," Miller says about China. "Here you can find cities with the size of Switzerland. You can almost get across all Switzerland in the same time it takes you to get from one end of Beijing to the other. But I'm definitely a city person, so I really enjoy that aspect, I like being around people, being where the action is. In Beijing, something is always happening, and that was a good change for me."

In spite of the differences, Miller feels like his experience in Switzerland was a positive one. "I think that it was a great way to learn to adapt to new situations," Miller explains. "I enjoyed being in such a beautiful country with great people. Switzerland is renowned in the world for its mountains. The lifestyle there is pretty easy-going, it was really nice to be there. I met many good friends, both on and off the ice. But I also needed a chance and – again – Beijing is a lot different from Switzerland, and I think that it's awesome."

However, Miller admits that he needed a bit of time to adapt to his new team and coaches. "I think that it happens almost everywhere. Traveling across countries and play hockey is a great experience, but you always need to adapt. You not only are in a new environment, but you also need to get into a new team." 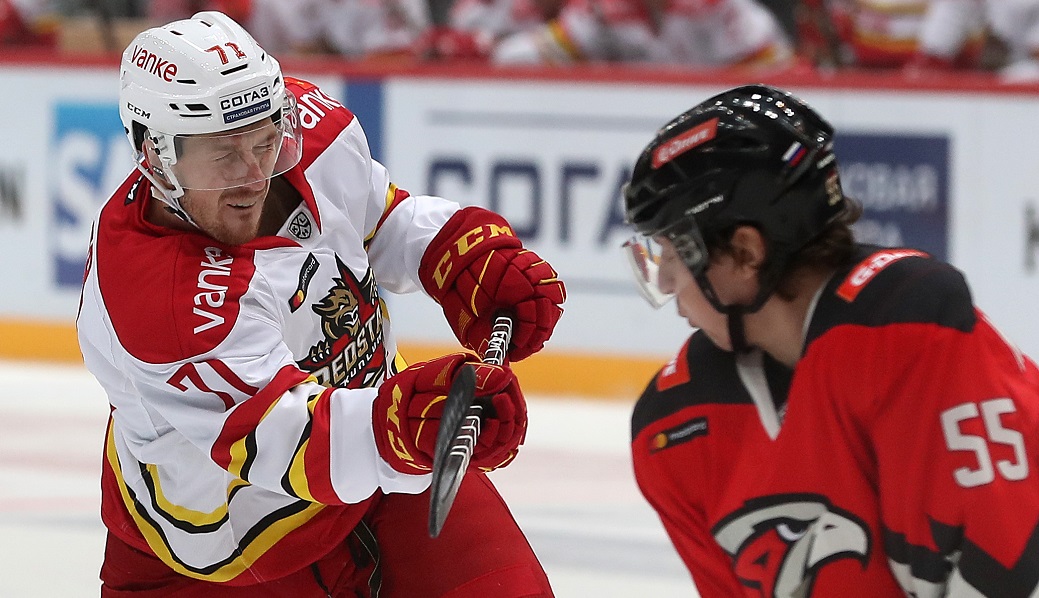 "I don't score a lot, so getting a hat-trick was pretty awesome"

Kunlun Red Star is now in great shape, but at the start of the season, it was struggling to gather points. "I don't think that it's strange, our team changed a lot of players, if compared with the last season. We are almost all North American guys, but it takes some time to learn to know each other and to get chemistry," Miller explains. "I think we are trying to improve with each game. The coaches are great and try to help with this. They try to shuffle our lines to find new combinations. It takes time to build a team. It's a huge effort, and we try to study and gather experience at each game and practice. I hope that we can go on this way and find the necessary chemistry."

Things are doing better not only for Kunlun but also for Andrew Miller. Recently, he scored a hat trick against Vityaz. "It was fun," he admits. "It's something new to me. I'm more of a playmaker. I don't score a lot, so getting a hat-trick was pretty awesome. I think that any goal scored is the result of the guys playing well together, and I'm glad that now we're playing better. This is very critical because you can't always have all the players playing their best hockey. So, if some guys have a night off, some other players can step up and compensate for them, that's really important."

His three goals against Vityaz were all scored in different situations – Miller showed a whole set of skills that night. "You know what was funny?" – the American forward asks, smiling. "Right before playing, I was talking with my linemates, Brandon Yip and Gilbert Brule, about how to be effective in all aspects of the game: five-on-five, powerplay, in front of the net; in the neutral zone and the defensive zone. We were joking around, saying that we needed to score a goal on the powerplay, a goal on five-on-five, and a rebound goal. I think that with my three, we reached our goals. It was funny. But as I said, it takes five guys on the ice to play well to be able to score a goal. When you have all five guys making the plays, it's easier. And the fact that I had the chance to get the last touch is just a mere coincidence." 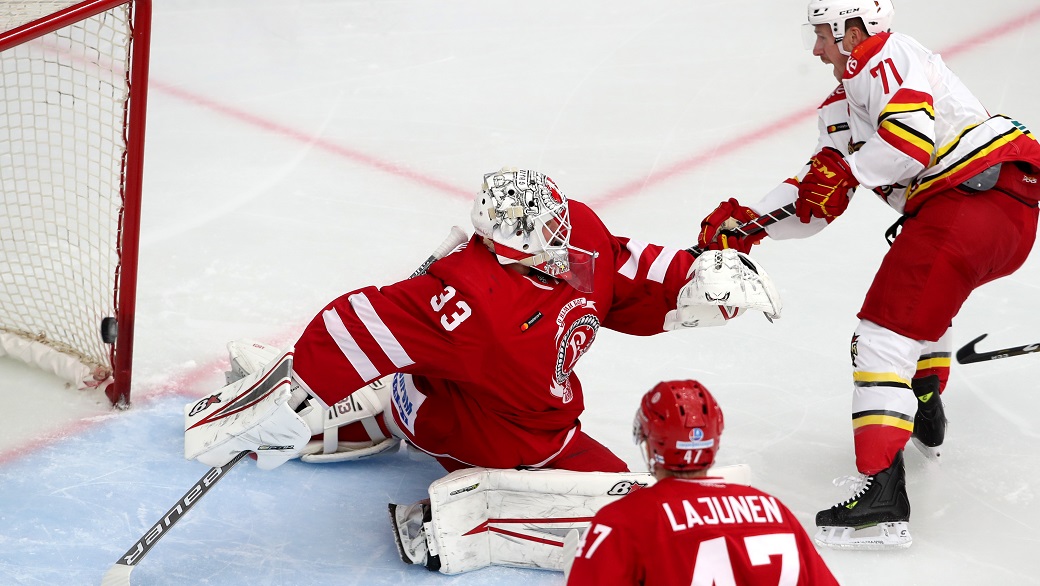 "I visited the Red Square, the Kremlin, even one of Stalin's bunkers"

In sports, home advantage is often a key factor. Especially for a team like Kunlun – its opponents spend a lot of time flying to its home arena. However, this theory is currently not applying to the Chinese franchise. Right now, Kunlun is playing better on the road than in front of the home crowd. "Our latest home series was the first for us in Beijing," Miller explains. "It was the first time for us in that arena, and we probably practiced there as much as our opponents. We had the same problem during the games in Shenzen; we had to practice at another arena, and we got to the right one only the day before the game. I think that once we get acquainted with the home arena, we can definitely start talking about the home advantage."

Today, after a slow start, the Chinese franchise is the ninth seed in the Eastern Conference. That is, Kunlun Red Star is in full run for the playoffs. "I think that in this league reaching the playoffs is a full challenge," the forward says. "We need to focus day-by-day and live period-by-period. We don't have to lose sight of the day-to-day goals. Of course, we have the objective of reaching the playoffs and winning as more games as possible, but if you are productive and we start winning games constantly, if we practice hard, also on the road, then we can reach any goal. We play in such a league where any game is important; any team is outstanding, so we need to focus on this, never underestimating our opponents, showing our best hockey. That's what we try to do."

Miller has already played several months in the league, so he had a chance to visit quite a few cities on his road trips. "Of course, we don't always have the time; it mostly depends on what time we finish the day before. I enjoyed my time in Moscow and a few other cities. I think it's fantastic to have a chance to see different cultures, that's something I am interested in. Russia has such a rich history, and I had some time to visit the city, and it was an incredible experience. I visited the Red Square, the Kremlin, a few art galleries, even one of Stalin's bunkers. It was awesome, but I have to say that I enjoyed everything that I saw: beautiful cities, modern arenas, and fantastic food. And I hope to see even more in the future." 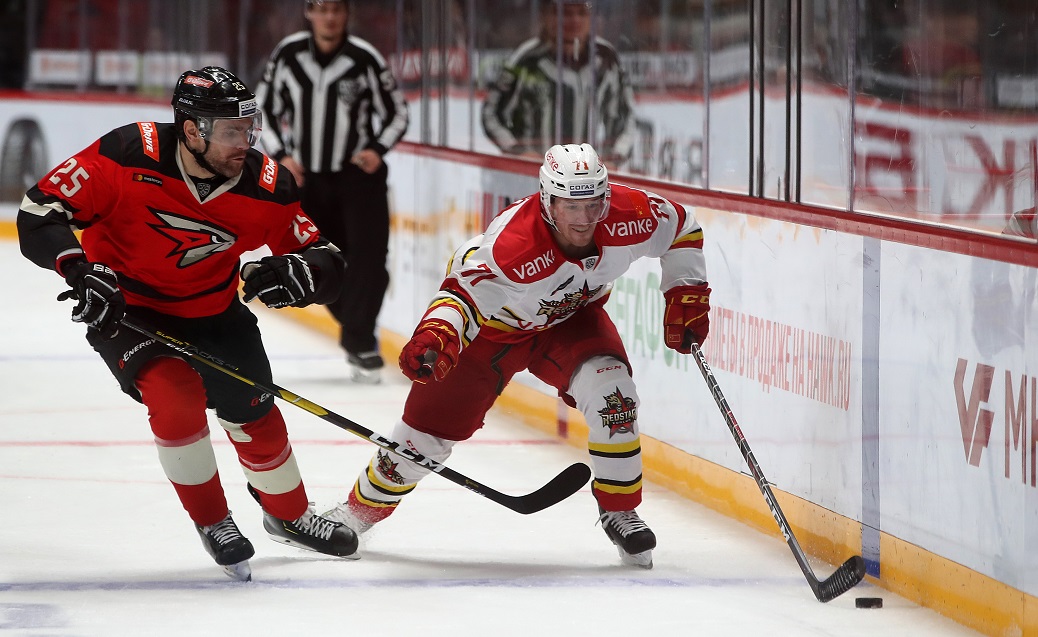