September and October – record-breaking attendances in the KHL

We’ve reached the first break in the KHL regular season. As many of our players and coaches head off on international duty at the Euro Hockey Tour and beyond, it’s a perfect time to look over some of the stats from the first two months of the campaign – and to highlight a few KHL records. Today, we’re focused on attendances.

In the first month of the season, 143 games took place in front of just under 1 million fans: 946,327 people attended those games at a record-breaking average of 6,759. That’s the second year running that the average September crowd broke through the 6,000 barrier – last season the average was 6,250 – and it’s the fourth time overall.

September also brought another record. For the first time, the average capacity of the KHL’s arenas topped 9,000. The new mark of 9,053 represents an all-time record. However, a big arena is of limited use when most of the seats are empty. Happily, that wasn’t the case. In September 2019, 74.7% of available seats were sold – the best figure for five years. 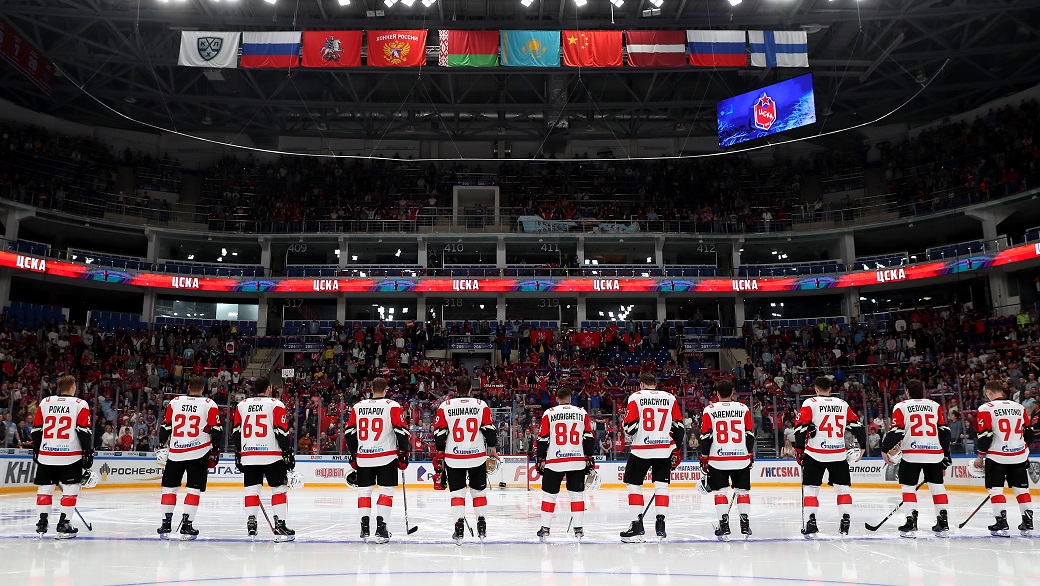 October’s numbers were down slightly, but the overall figures still delivered another KHL record. A total of 930,811 fans attended 143 games for an average of 6,509 – the best October figure in 12 seasons of KHL action. That represented 74.9% of all available tickets, a slight increase on September and second only to October 2015/16, where 75.9% of all seats were sold.

It’s no surprise that these figures represent the best ever in the KHL’s history. The average attendance of 6,633 over the first two months comes out ahead of the previous best (6,278 in 14/15), while the average capacity of 8,870 is up from last season’s best. And these results also beat the numbers from those years when the season began in late August.

So which clubs are driving these numbers? It’s an interesting question – and throws up some unexpected answers.

In the first eight weeks of the season (not including Monday’s games), the outright leader in terms of attendance was … Dinamo Minsk. On the ice, the Bison suffered a club record losing streak; in the tribunes, the fans kept coming. The attendance during the first eight weeks of the season was up 24.4% compared with the same period last year and occupancy rates were up 16.7%. There’s still room for more – Dinamo’s arena can hold just over 15,000 fans and if the team’s form improves there’s scope for even bigger crowds as the season progresses.

Another struggling team, HC Sochi, also posted a big increase in crowds. The Leopards attracted 8,203 fans on average this time around, compared with 6,653 last season. That’s a 33% rise. It looks like Russia’s Olympic capital is developing a lasting love affair with hockey. The local team is steadily gaining support and the average attendance at the 12,000-seater Bolshoy Ice Dome is increasing year after year. It’s a tribute to fans of Dinamo and Sochi alike that they continue to root for their teams even when results are not going their way.

There’s a big upswing in crowds for Kunlun Red Star as well. Not long ago, it was hard to imagine a sell-out hockey game in China. However, after moving to Beijing’s Shougang Arena, Red Star is close to making that a reality. True, the new venue holds just 3,000 fans, but it’s fair to say that filling the tribunes here represents another big step on the club’s difficult journey towards cracking an emerging hockey market. The Dragons’ last three home games, against Severstal, Dynamo Moscow and HC Sochi, drew crowds of 2,510, 2,955 and 2,755 respectively.

Admittedly, some clubs have struggled. Frequent losses and a place at the foot of the table hurt crowds at Metallurg (-7.4%), Lokomotiv (-11%) and Amur (-16.3%). The biggest slump at the start of the season impacted on Neftekhimik, which saw crowds drop by almost 20%. However, the team’s recent success, including an on-going club record nine-game winning streak, is steadily bringing the fans back to their team. The Tatarstan Derby against Ak Bars was played in front of a near capacity crowd of 5,230, while the visit of CSKA attracted 4,826.