The 2019/20 season is turning into an encouraging one for Kunlun Red Star. The Dragons, now in their fourth KHL campaign, are setting records and looking capable of returning to the playoffs for the first time since 2017. Meanwhile, the club is unlocking more and more potential players for China’s Winter Olympic team in 2022.

On or off the ice, the Dragons are setting records this season. Thursday’s 2-1 win at Torpedo brought up five straight wins for Curt Fraser’s team, something Red Star has never achieved before. It was also the first ever win over Torpedo, having lost out in six previous meetings. Impressively, the streak includes four road games and victories at Avangard (0-3) and Vityaz (2-4) to account for high-flyers in both conferences.

Earlier in the season, Kunlun repeatedly set new attendance records while playing its first six home games in Shenzhen at the Universiade Arena. When 8,115 fans came to see a 2-1 win over Traktor it was the biggest crowd for a hockey game in China. Since then, back in Beijing, the team has regularly come close to filling the purpose-built Shougang Arena, a converted coal hall at a former steel mill now transformed into a complex for winter sports.

At the start of the campaign, the team’s form was spotty. Results were hard to come by and too many cheap penalties were hurting. For all the desire to play a brash, North American game, a roster with something like 15 new faces needed time to gel. And most of them needed time to adapt to the KHL and China as well. Two months into the season, and with some adjustments on the blue line to replace the disappointing Mathew Maione, unable to reprise his form at Dinamo Riga last season, things are starting to click into gear.

It’s not just the winning streak. There has been a sharp reduction in the number of penalties taken in the last couple of weeks – a 3-2 home win over Sochi ended with zero PIMs for the Dragons – and that has transformed the most-penalized team in the KHL. Scoring has crept up, ending Fraser’s familiar lament that it was hard to win hockey games when you only score one goal. There’s still a place for solid goaltending, and the win in Nizhny Novgorod was backstopped by 41 saves from Jeremy Smith, but now there’s a feeling that the team can go anywhere and pose an offensive threat.

Much of the summer recruitment emphasized players with Chinese heritage, or guys with NHL potential who, for whatever reason, had become stuck in the minor leagues. But throughout its time in the KHL, Red Star has also helped to nurture players who can contribute at international level. Magnus Hellberg won a World Championship with Sweden in 2018 after a season in China, Veli-Matti Savinainen did the same with Finland a year later. And the current roster has two Olympic medallists.

Wojtek Wolski and Gilbert Brule were part of the Canadian team that took bronze in PyeongChang last year. Both of them were playing for Red Star when they got their call-up for Korea and both are back at the club this season. Together, they’ve formed an effective partnership in the past and – fitness permitting – could well do the same again this time around. Together, they could provide the kind of scoring power that can lift the team into the playoffs for only the second time.

And there’s more to come. Over the weekend, Red Star announced the signing of Devante Smith-Pelly, a Stanley Cup winner with Alexander Ovechkin’s Washington Capitals in 2018. Smith-Pelly, usually noted as a power forward who played a bottom six role in the NHL, scored seven post-season goals in the Caps’ run, including three in the final series against Vegas. He’s arguably the biggest name to come to the club so far. 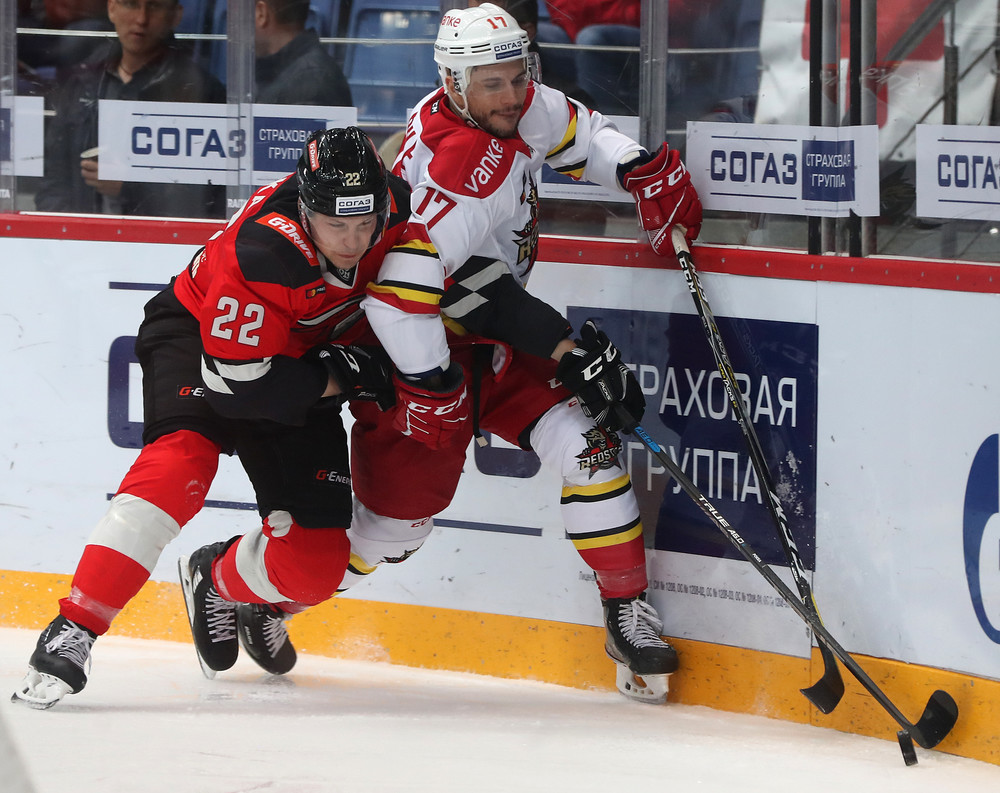 Looking down the roster, a few names leap out. Chelios, Bondra, Reinhart … Two Hall of Famers and a cult figure at the Calgary Flames. OK, so we’ve skipped a generation. Jake, David and Griffin, sons of Chris Chelios, Peter Bondra and Paul Reinhart are carrying on the family trade in an unlikely environment.

Together, though, they bring a bit of top-level know-how to the table. Growing up in a hockey family does not guarantee that a stellar skill set will be hardwired into anyone’s DNA, but it does give a special insight into the hard work, preparation and attitude needed to thrive at the peak of the game. In previous seasons, that might be something that Kunlun has missed; this season the signs are that the team has better shape and hockey nous. And part of that, surely, is down to the heirs of these famous hockey names. 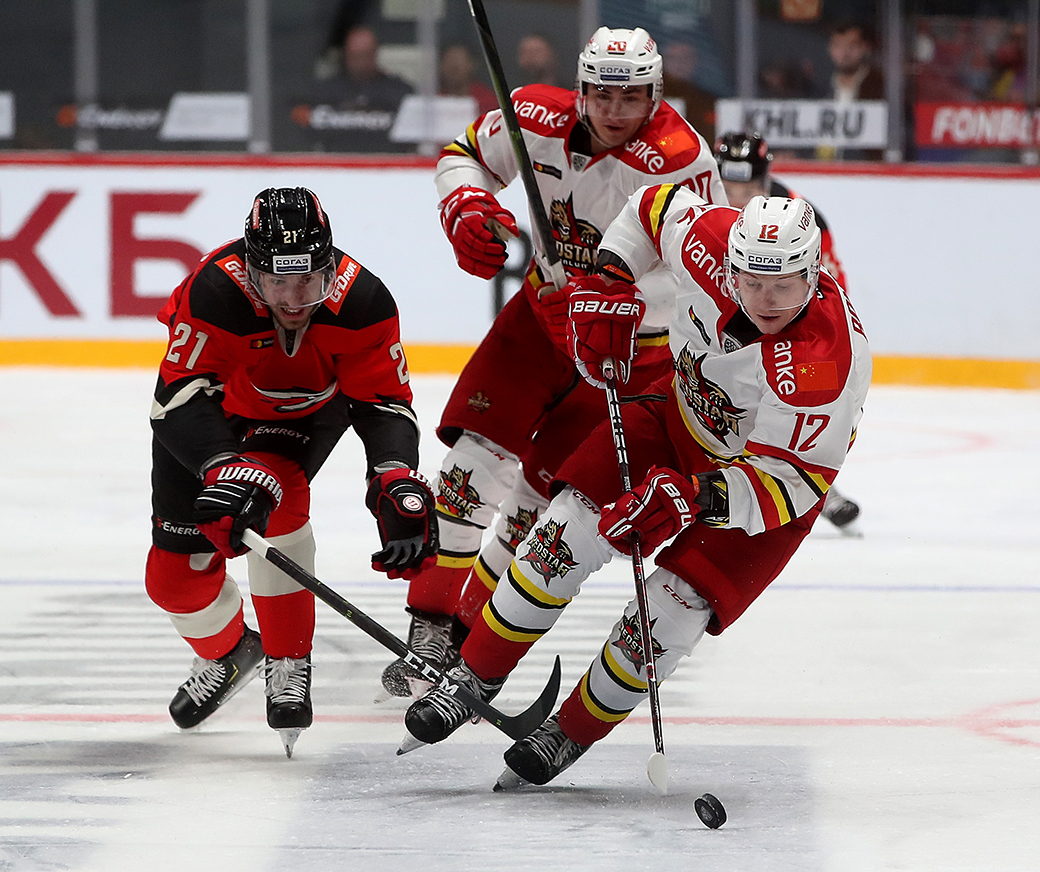 It’s impossible to talk about Red Star without keeping in mind the ultimate challenge – helping China ice a competitive roster in the Beijing Olympic Winter Games in February 2022. The People’s Republic faces a long journey: its last Olympic action was a first-round qualifying group ahead of the PyeongChang tournament. Playing in Valdemoro, Spain, in 2015, the Chinese roster came a distant fourth in a group that featured Serbia and Iceland as well as the Spanish host nation. It was a long way from the standard needed at an Olympic tournament.

The KRS organization was set up to fast-track the development of Chinese hockey. After just one season in the KHL, the club had further teams playing in the VHL and JHL, plus a women’s team competing in Canada before moving to the Russian Women’s Hockey League this season. In a country where, in the past, hockey opportunities were limited to a role at an outsider in the Asia League, playing against club teams from Korea, Japan and Russia’s Sakhalin island, this was something new. Suddenly there was a pathway for promising players to learn the game and get experience at a high level. At the end of last season, Rudi Ying became the first Chinese-born player to score a KHL goal; earlier in the campaign popular young goalie Sun Zehao was the first Chinese-born netminder to play big-league hockey. 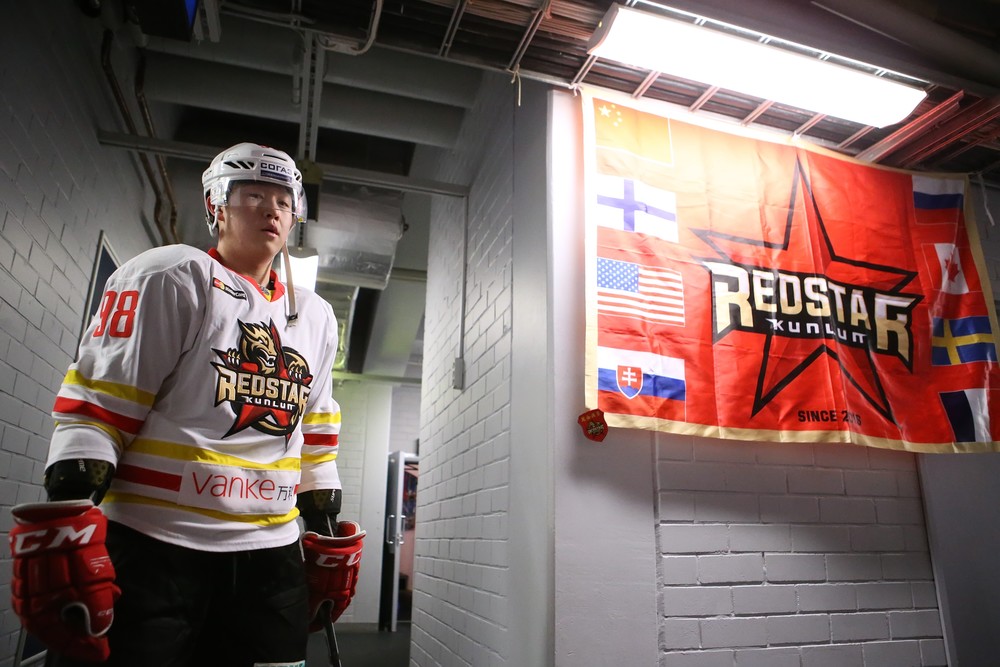 At the same time, the club has drilled deep into the Chinese diaspora. Chinese heritage players from North America now enjoy a unique opportunity: prove themselves in the KHL and get a crack at playing in the Olympics. The current roster has 11 players who could be eligible to play for the Chinese nationa team. That group is led by team captain Brandon Yip, born in British Columbia to parents of Chinese ancestry. He is going through the paperwork to ensure they will be eligible to represent the old country in 2022.

He’s already got to know several of his prospective international team-mates, as he told the IIHF in an interview earlier this year: “We had an unofficial national team camp in Beijing ahead of last season’s World Championship games. It ran for maybe nine or 10 days, bringing together guys from Red Star, from the VHL and some local players from the Chinese leagues. We all got together, went on the ice and tried some stuff but also got to know each other, things like going out for dinner together. That was cool.”

Yip admits there’s plenty of work to do but is encouraged by some of the skills he’s seen from local players. Now he’s hoping that his experience of life in the NHL and KHL can help develop the talent around him and add those all-important game management techniques to the package in time to deliver a competitive Chinese roster in 2022. 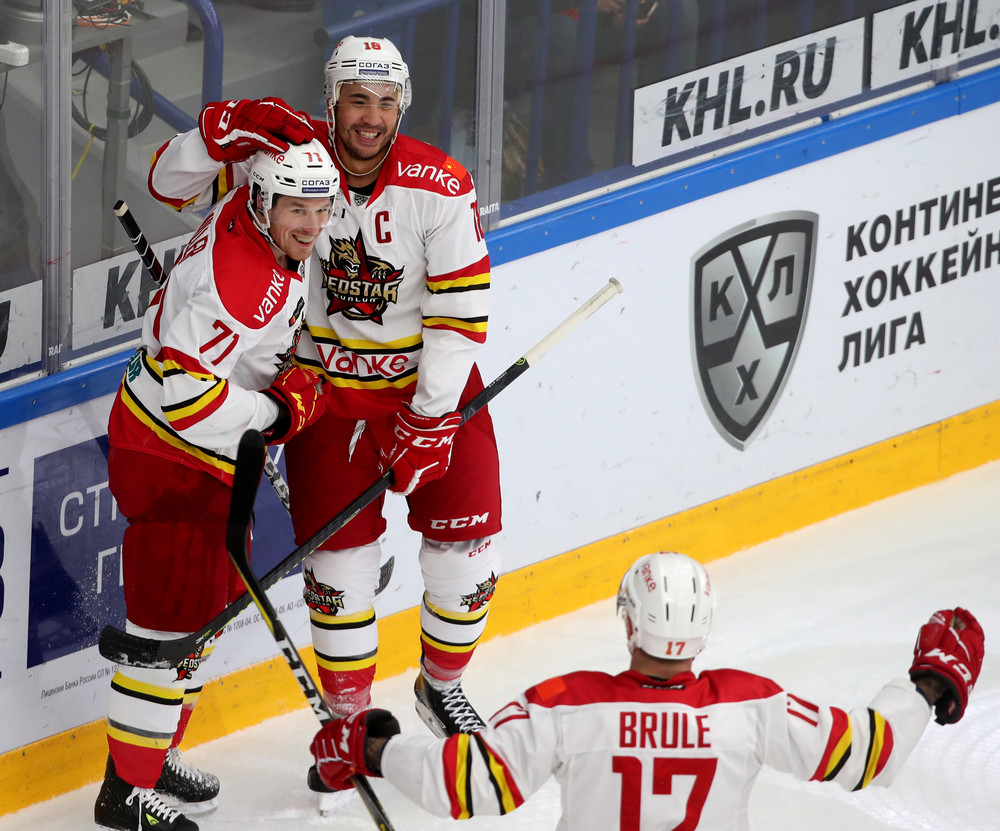