Dmitrij Jaskin: "Even Ovechkin would go unnoticed on the Moscow Metro"

In this exclusive interview, Dynamo's forward told KHL.ru about his first trip to the Far East, playing with the best center in the league, and why he doesn't consider himself lucky.

After winning the last three straight games, Dynamo Moscow is now the second seed of the Western Conference. The Blue-and-Whites amassed 27 points in 22 games. One of the best players for them in the Far East trip was Dmitrij Jaskin, who scored 7 (2+5) points in three matches. In the game against Amur, both his linemate Vadim Shipachyov and Jaskin posted four helpers. Such a performance didn't go unnoticed, and the KHL awarded him Best Forward of the Week honors.

"I took with me a pair of tins of caviar"

After the Far East trip, the players had just a couple of days to rest before starting practices for the next series of games at home. "It's not a problem," Jaskin shrugs his shoulders. "I hope that we managed to prepare well."

It was the first time Jaskin visited the Far East. "It wasn't all that great," he laughs after being asked if he enjoyed his journey. "Not because I didn't like the cities – only that it was a long trip, with long flights and time zone changes. We were living under Moscow's time, and thus days were flowing a bit awkwardly. We were sleeping on days and walking around or practicing on nights. We had a practice in Khabarovsk at 11 PM. It was so strange, but it was probably better than trying to adapt to the local time."

While getting ready for the matches, the forward managed to had a look at the cities. "Vladivostok is a beautiful city, and I managed to take a quick tour," Jaskin says. "Unfortunately, I didn't have a chance to visit Khabarovsk. I've heard that it's a comfortable city, and friends play there. However, we got there on the night, so we slept on the day, then had a practice, and finally the game. It was the same in China – we slept four hours, played the game, and flew away."

Naturally, Jaskin couldn't stay away from Vladivostok's most sought-after delicacy – caviar. "I took with me a pair of tins of caviar. You can easily find high-quality caviar in the Russian Far East. I like it, but I'm not a fanatic. I don't eat it every day." 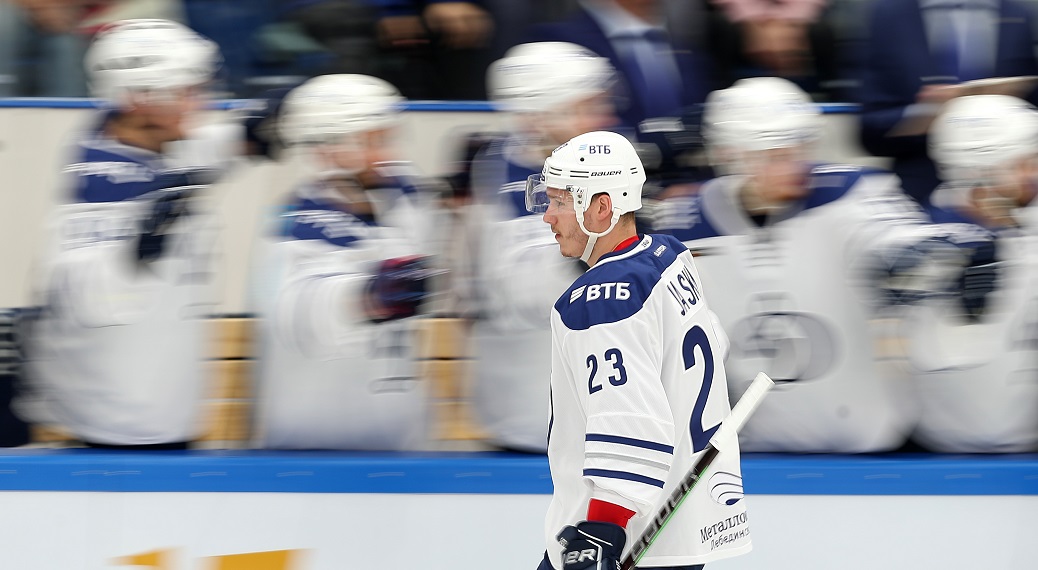 "We play the same way with Shipachyov"

The White-and-Blues are currently in great shape and are in the second position in the Western Conference's standings. "We still have too many ups and downs," Jaskin is not satisfied yet about his team's performance. "We lose a couple of games; then we win one. But we played some fine hockey in the Far East, and these three wins helped us. Against Admiral, finally, we understood that everything was going the right way, and we had a great match. We need to go on this way until the EHT pause."

Jaskin is currently showing incredible chemistry with Dynamo's center Vadim Shipachyov, widely considered one of the best playmakers in the league. "I also played very well in the NHL with Paul Stastny," he says about his former teammates. "He plays very similarly to Shipachyov. They have both a high hockey IQ and can always give a perfect pass." With the national team, he skated on the same line as David Krejci and David Pastnrak at the 2018 IIHF World Championship – they even defeated Team Russia at that tournament. "They play together for their clubs, and I just adapted to their game. I did what I needed to do. We play the same way with Shipachyov. It's easy to play with such fantastic teammates."

With 20 helpers in 23 games, Shipachyov currently leads the league in assists and points. "He's a very patient player," Jaskin says about his teammate. "He knows how to wait and not to rush with the puck. He sees everything on the ice and knows when it's the right moment to give a pass where his partner will be in half a second. This ability is his main advantage over the other players. He's a real captain; he makes sure the other players hear him in the locker room. He knows what to say, and that's a critical skill for a leader." 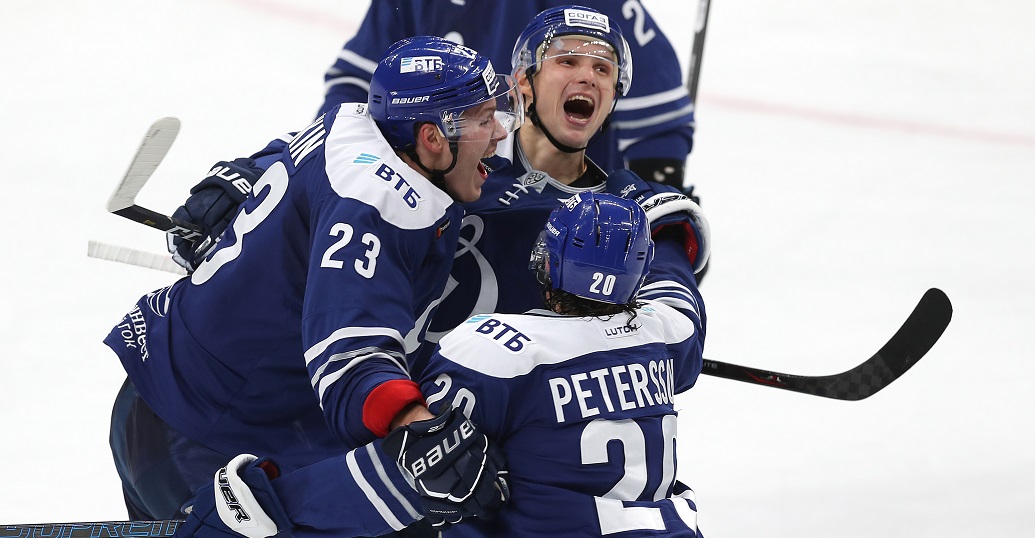 "Everyone plays vertically because of today's speed"

The forward has a significant international experience; therefore, there isn't much that can surprise him at this point. But the KHL had something even for a proven veteran like him. "I think that this is the first time when I play on three different ice pads. You need to adapt and think about the same situation in different ways. The game is very different when played on the small or the big ice surface."

During some talks to the media, Jaskin mentioned being in search of more reasoned hockey in Europe. "With such linemates, I think I found what I was searching," he admits. "I enjoy playing every shift. It's great to be forced to create something new every time."

In the KHL, Jaskin also has more room and a more prominent role within the team. "I play a lot of minutes here. Every player feels more confident and tries to be more creative in this situation."

Hockey has changed a lot since Jaskin first played in the NHL in 2013. "Six years ago, hockey was much slower. There were more passes and pauses; you don't see anything similar today. Everyone plays vertically because of today's speed. It's like that in the KHL as well – I think it's impossible to get back to the hockey we saw a few years ago." 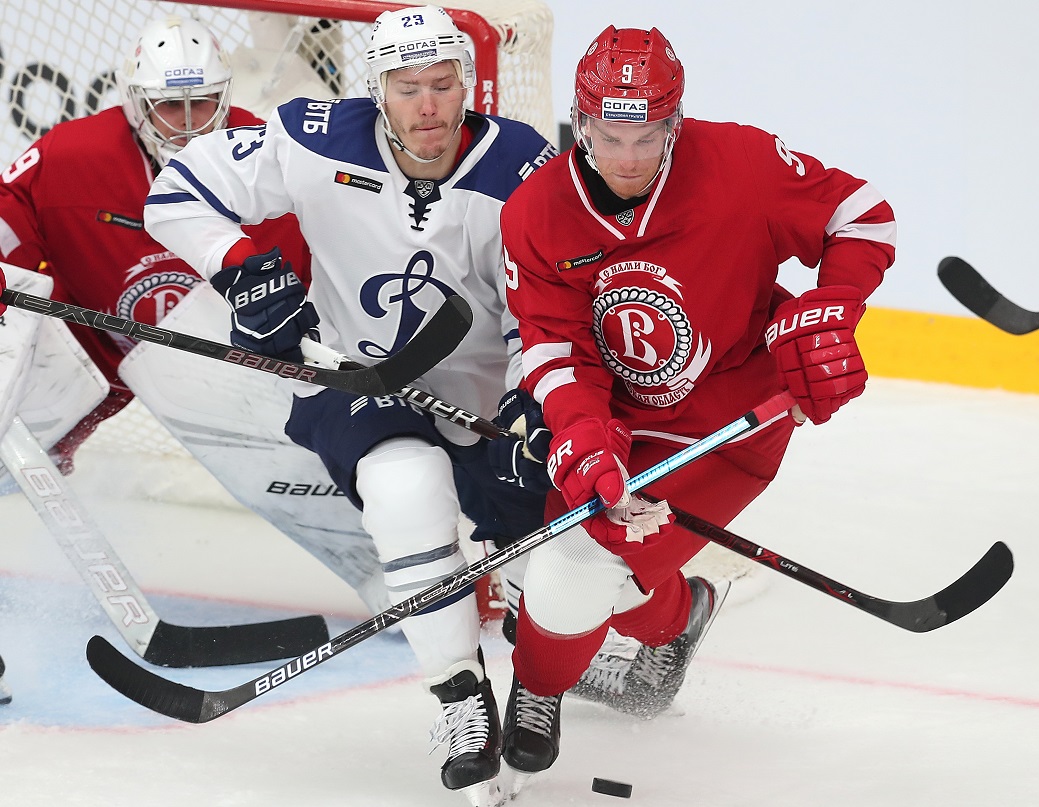 "I'm not scared by Moscow's size"

After playing in the Czech Republic and North America, Jaskin and his wife settled down in Moscow. Both seem to be satisfied with the move as his wife is a singer and hails from the Russian capital. "She wanted to stay in Moscow after we spent the summer there. I wanted the same. I didn't want to move away. I'm not scared by Moscow's size, Washington is a big city as well, with a lot of traffic jams. Maybe a little less, but still. I know that some people don't like megalopolises, but I'm not one of them. I enjoy living in Moscow."

However, Jaskin admits not to listen to his wife's songs right before the games. "But we do in our free time. We talk a lot about both hockey and her job. I am glad for her and I love her music."

While practicing with the Czech national team, a couple of years ago, Jaskin lost a tooth after a high-sticking incident with forward Martin Kaut. Naturally, the first player to come to mind with such a smile is Alex Ovechkin. "No one tells me that I remember Sasha," he says, laughing off. "Even more so now that half of the team lost a tooth somewhere. Right now, I am not planning to get an implant, it will be a long and sorrowful process, and I don't have time." 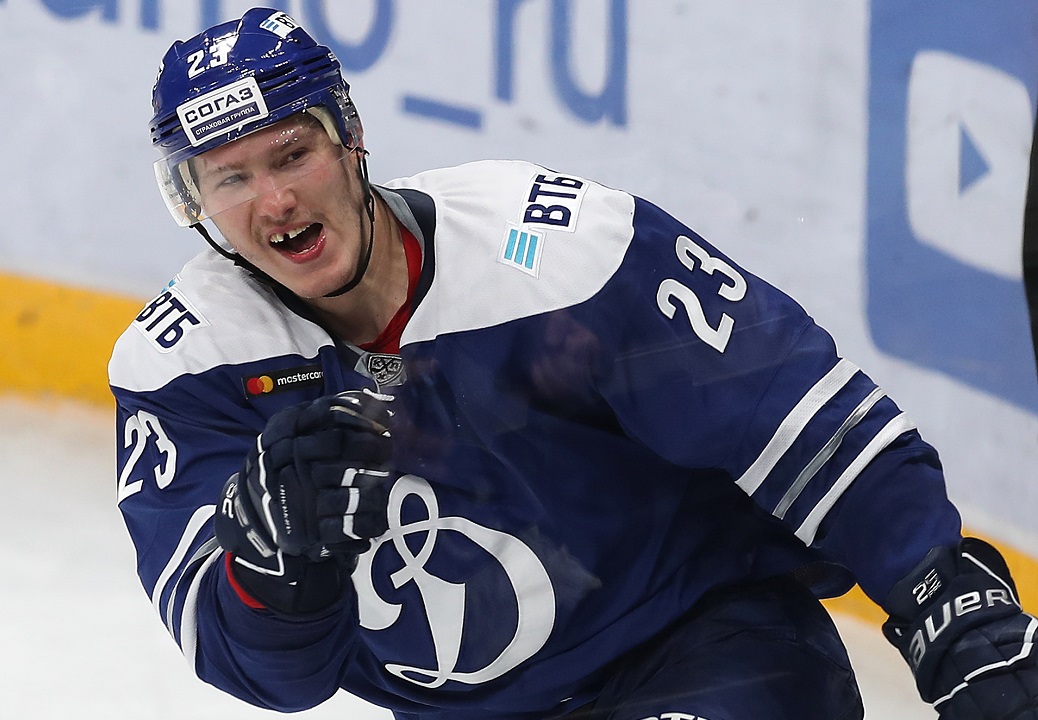 "The season is long, and we need to be well-prepared"

To save time, Jaskin often moves by the metro to reach Dynamo's VTB Arena. "The subway is close to the arena; it's very comfortable." However, he doesn't get recognized. "Of course no one recognizes me," Jaskin admits with a big smile. "Moscow is so big, and that's not a surprise. I think that even Ovechkin would go unnoticed there."

At the start of the season, the White-and-Blues' bench boss Vladimir Krikunov stated to be not satisfied with Jaskin's shape. "I'm not sure. I feel great, and I think that the others should notice my shape while on the ice. I was very tired the first days I spent with Dynamo. Practicing alone or with your team is much different." Like you can expect under Krikunov, Dynamo's preseason was tough. "Six times a week, three times on the ice and six practices on dryland." However, things seem not to have eased up too much. "Today, we practiced wearing weighted vests. Sometimes practices are very hard, but it's worth it. The season is long, and we need to be well-prepared, especially in the end."

Nowadays, Dmitrij doesn't visit the Czech Republic often. "This summer, I've spent a couple of days there. Soon I will be back with the national team." Playing under former KHL coach Milos Riha, however, is not his lone chance to talk in Czech. "In Dynamo, I often play with Michal Cajkovsky. I'm doing my best not to forget the language." Having spent significant portions of his life in both the Czech Republic and Russia, he feels comfortable in both countries and doesn't have a favorite one.

"I'm a mix" – to go with his own words. Jaskin, who is a member of a hockey family, is not the only one with Dynamo, while his brother is currently working in Vladivostok with Admiral. He was often a victim of some locker room pranks as his dad works within the same organization. "It's normal, I already had this situation in the past," he says. "I played for the same side where my father played in the Nineties, and then he was appointed as general manager. It's nothing new to me." His father keeps on discussing his games with him. "We are always watching my games together. He's my top critic. And that's right; with only praises, you aren't going to progress much." 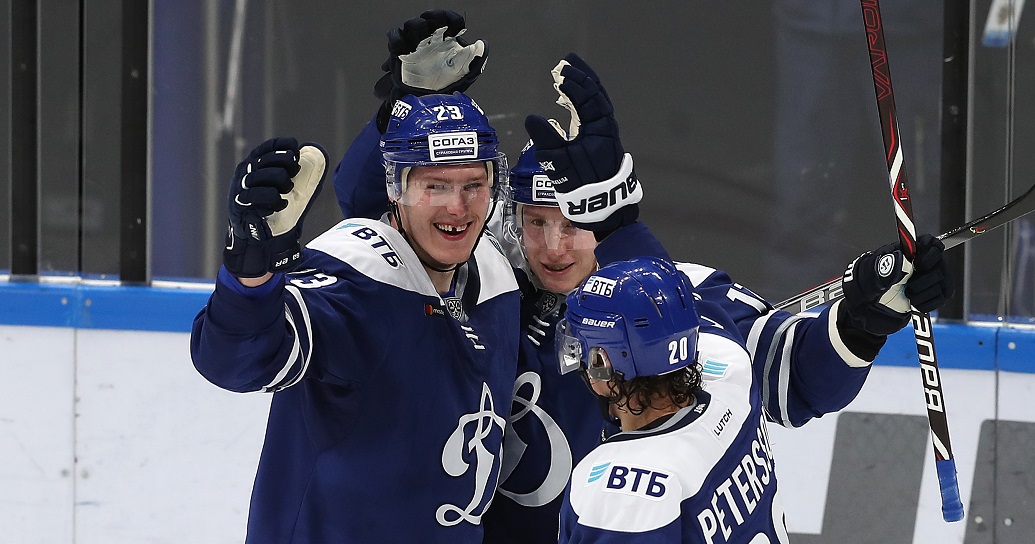