Man of the week – Alexander Salak

Starting the season as a free agent, the Czech goalie has recently agreed to sign with Dinamo Riga. The Latvian franchise is the fourth KHL team for Salak, who will turn 33 next January. The veteran goalie, however, has tuned in some fantastic performance recently, and his keeping postseason hopes alive for Dinamo.

Wednesday, Traktor Chelyabinsk moved to Riga for another regular-season game, trying to disrupt their negative streak. However, for the whole game, they couldn't help but hitting the Salak wall in front of the Dinamo Riga's crease – the Czech was playing lights out between the pipings and posted his 26th shutout in the League. Two days later, Alexander Salak kept on signing the same tune as he stopped 36 of 37 shots by Dinamo Minsk as Riga posted a critical 2-1 away victory. In total, Salak stopped a whopping 70 out of 71 shots attempt by the opposition last week – not something that just any goalie can achieve. And his debut wasn't a positive one since he allowed seven goals to Avangard back on Oct. 2. The emotional goalie is now giving a chance to his team. Dinamo Riga is currently on the bottom of the Western Conference's table, but hopes are still alive.

Early years: from Strakonice to the world

The veteran goalie hails from Strakonice, a town in the South Bohemian Region of the Czech Republic. The local team, however, plays in the local minor leagues, and the Czech goalie quickly found himself first in Pisek – a hockey town that produced players like the Kovar brothers, Martin Hanzal, and Marek Mazanec – then in Ceske Budejovice. After several years with the Ceske Budejovice's junior teams, Salak then moved to Finland to further hone his goaltending skills. In the end, he spent three years in Finland before moving to North America.

Salak's career overseas was up and down, with a one-year pause in 2010-11 to play in Sweden with Farjestad, where he will get back in 2012. However, he managed to play twice in the NHL with the Florida Panthers. In 2013, Salak had his debut at the IIHF World Championship in Sweden and Finland. In May of the same year, he signed with SKA St. Petersburg, becoming the starting goalie of one of the KHL contenders. 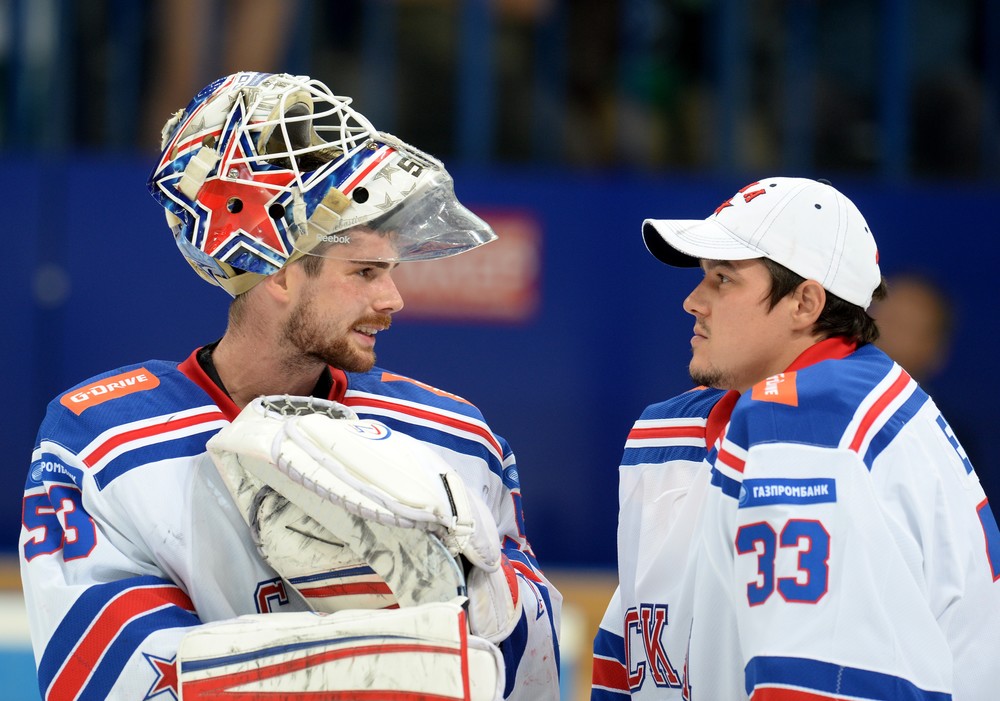 From SKA to Sibir

Salak had a fantastic star of his KHL career with SKA, as he started posting stellar numbers with a team that at times looked unstoppable. Even if sometimes emotions had the best of himself, Salak was mostly calm between the pipings and always ready to stop the first, the second, and the third shot attempt. His game was so robust that he was called to the 2014 Olympic Games in Sochi. However, somewhat suddenly, in December of the same year, SKA traded him to Sibir Novosibirsk in exchange for his Finnish colleague Mikko Koskinen. Salak will spend four seasons with Sibir, helping the team in its impressive run to the Eastern Conference finals in 2014 and reaching the postseason the next season. The veteran goalie is also a two-time KHL All-Star. 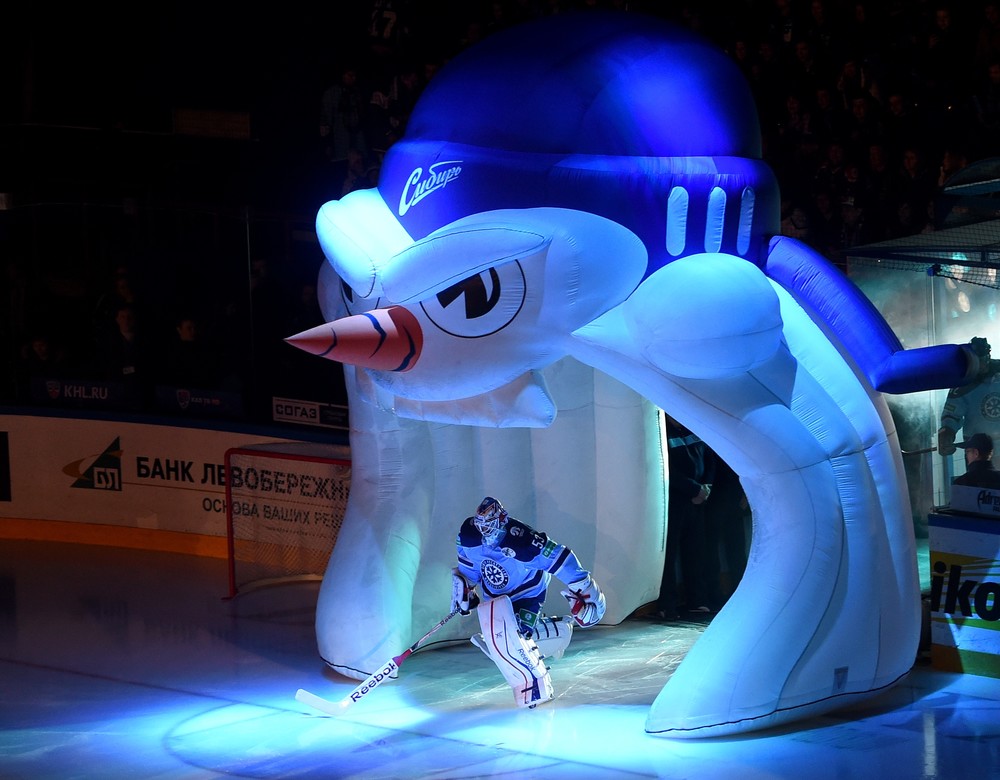 From Novosibirsk to Yaroslavl to Riga

With his four-year stint in Novosibirsk, Salak became one of the longest-serving international players in the NHL. In the 2018 offseason, he moved West to be closer to his family and signed a one-year deal in Yaroslavl. In Lokomotiv, Salak played only 26 games – he picked up a severe injury midway through the regular season. Moreover, Ilya Konovalov's star started to shine, further limiting Salak's room and role in the team. In the playoffs, Salak posted a couple of fantastic games, but it wasn't enough to secure a new deal with the Railwaymen. He also announced his retirement from the Czech national team as he prefers to spend more time with his family – Salak is a proud father of four kids. After an uneventful summer, the veteran joined Dinamo Riga in late September. His debut with Dinamo was spoiled by a formidable Avangard – but he is quickly gaining his old form. If Salak keeps on stopping puck this way, nothing is impossible for Riga, even if they, for now, sit on the last spot in the Western Conference standings. 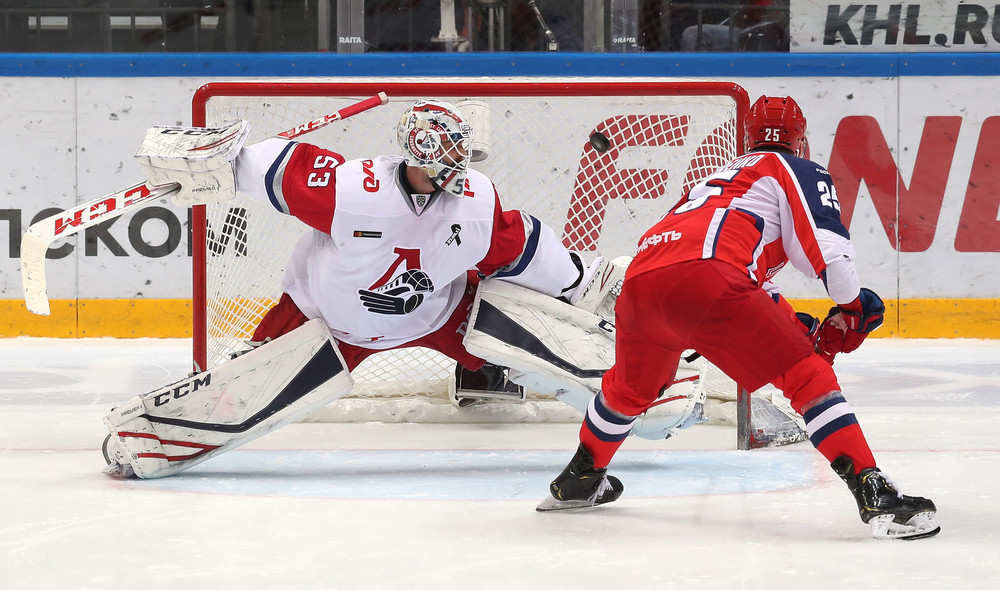