KHL.ru unveils new records hit in the eighth week of the regular season according to the data gathered by microchips and smart pucks.

Last week, we presented some brand-new stats, like puck control and passing accuracy. And now it's time to unveil some new stuff - shooting power, single-game distance run, and top speed. 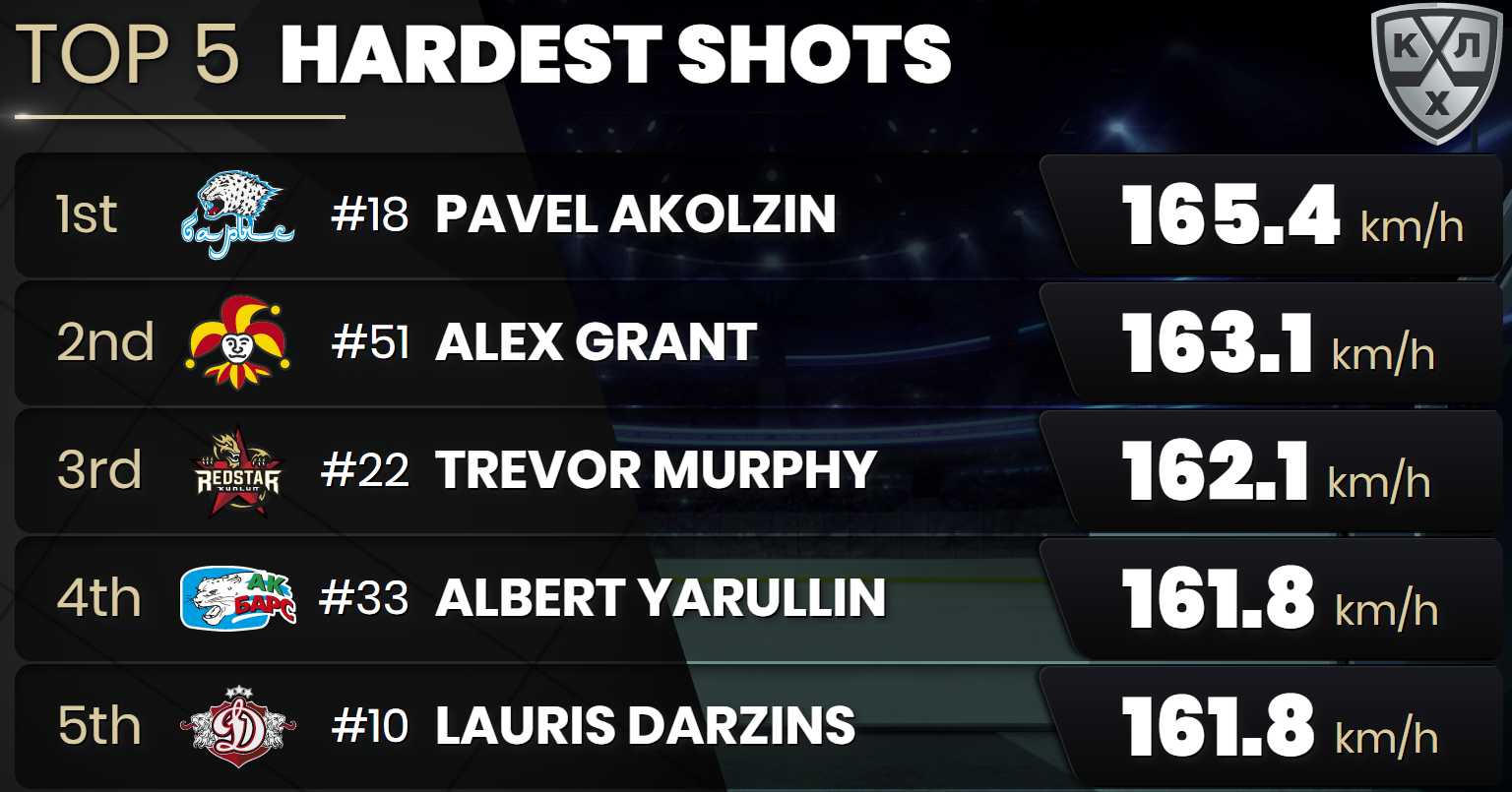 In our latest material, we have already discussed Marc-Andre Gragnani's records. However, in the game against Barys (1-2 SO), he run for a whopping 6,584 m – the best result of the week, month, and season. To set the record, he surpassed his teammate Teemu Pulkkinen, who stopped at 6,556. Generally speaking, Dinamo's players are often among the leaders in this category, with some fierce competition by Torpedo's Charles Genoway. 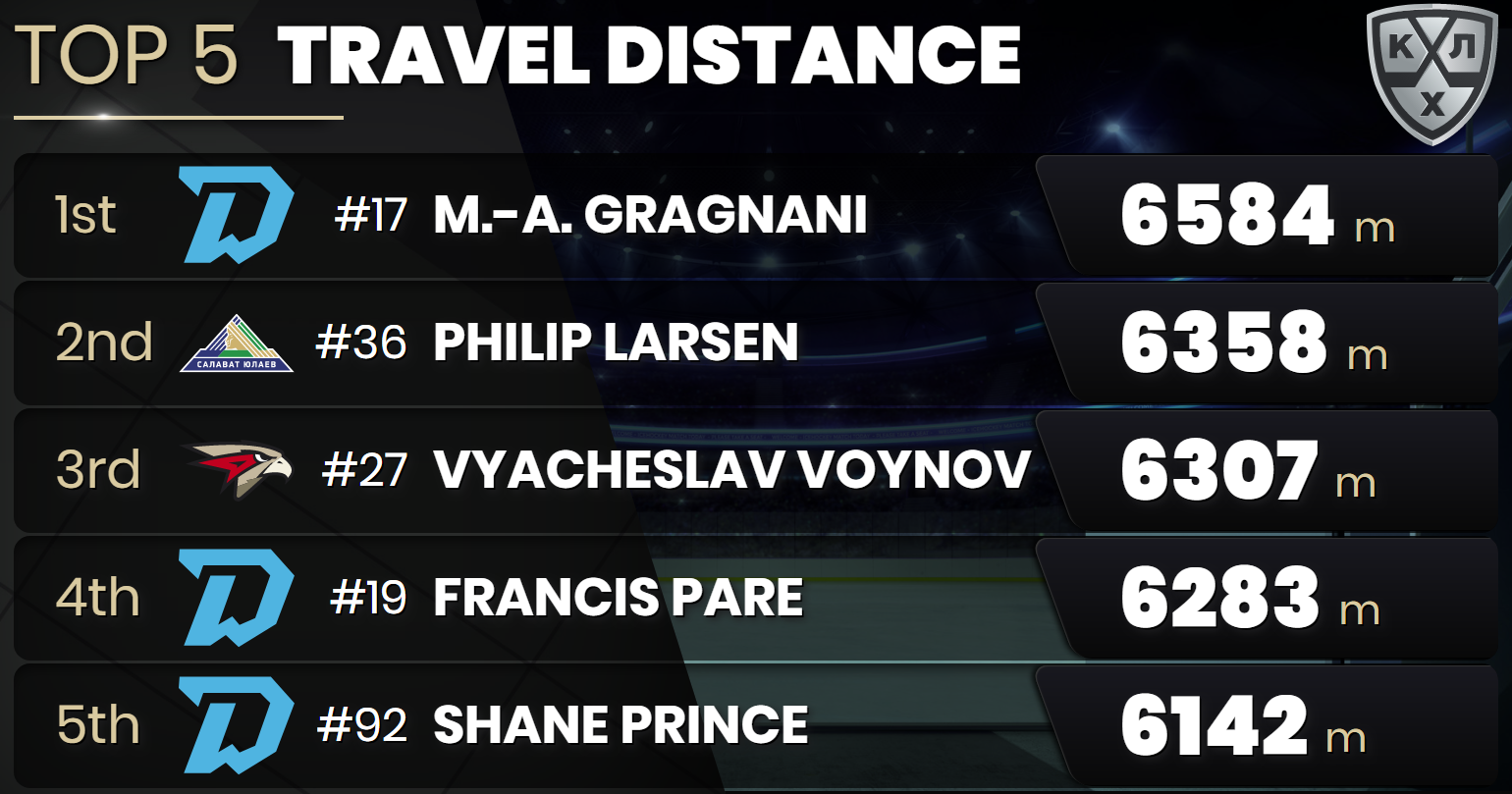 In this category, no records were hit last week. Spartak's Mikhail Kotlyarevsky had the speedo set at 38.3 km/h in his second match of the season against Jokerit (3-2) – he probably tried his best to impress the coaches. So far, the season-high belongs to Dinamo Riga's Mikelis Redlihs with 39.8 km/h. 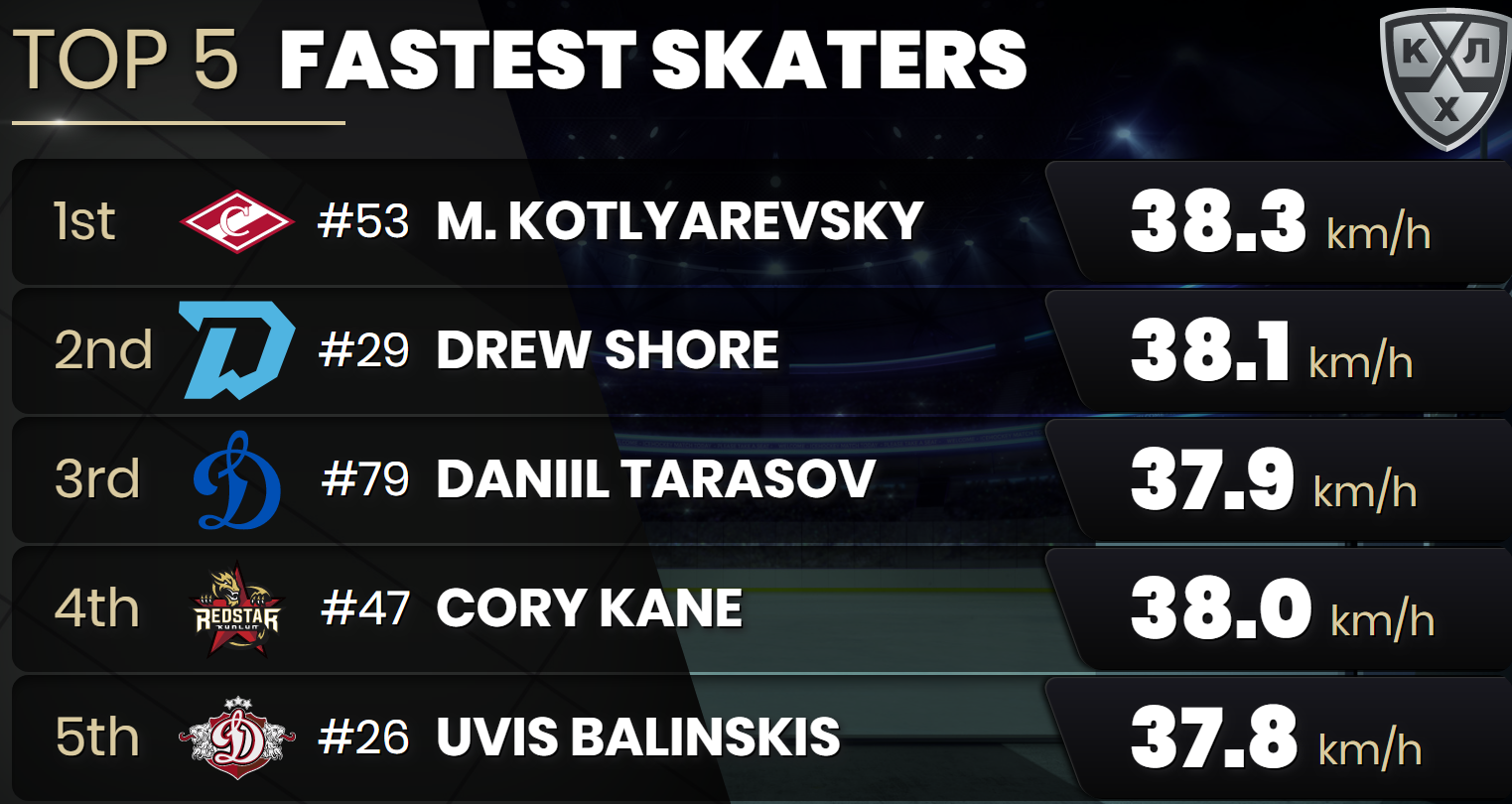