Man of the week – Vadim Shipachyov

Vadim Shipachyov made the news recently as he scored his 200th goal in the KHL – something that only another four players reached in the League's history.

The veteran forward claimed his 200th KHL goal on Saturday in China, helping Dynamo defeating Kunlun with a 2-1 score. And if reaching this milestone wasn't enough, on Monday the White-and-Blues' #87 had a poker of assists when Dynamo skated past Amur (5-1). Shypachyov formed an unstoppable troika for the guests with Daniil Tarasov and Dmitrij Jaskin – they scored four of five Dynamo's goals in a game that saw Maxim Afinogenov netting his first of the season. With this stellar performance, Shipachyov is now leading the League with 26 points in 21 games – a five-point advantage over CSKA's scorer Kirill Kaprizov. Shipachyov, 32, is leading Dynamo also in plus/minus (plus-9), time on ice (20:57), and powerplay goals (5). Only defensemen Andrei Mironov and Artyom Volkov can boast a plus-9 rating.

The forward is now one of the only five players to have scored at least 200 goals in their KHL career. The other four are Sergei Mozyakin, Danis Zaripov, Nigel Dawes, and Mikhail Varnakov.

Early years: from Cherepovets to stardom

"He always preferred giving out passes, rather than score himself," said Shypachyov's first coach, Vyacheslav Dubrovin, told KHL.ru in 2017. This sentence pretty much sums it up – the veteran center is one of the best passers in KHL history and is currently in the second position with 419 assists in 656 career games. Only Mozyakin is ahead of him, with 470 helpers. "I never overload my players, I prefer shaping my players as more creative types who can improvise," Dubrovin added. Mission was accomplished with Shipachyov, who quickly developed into one of the best centers in the League for many years.

Shipachyov started playing hockey in his native Cherepovets and played his first games at the top level in the 2005-06 season. In the inaugural KHL season, the then-21-years-old forward scored a mere eight points in 29 games. However, his production skyrocketed the next year, when he amassed 14 points and 30 assists, leading Severstal with 44 points - one more than the Czech forward Josef Straka. Shipachyov played another three seasons in Cherepovets, gaining several trips with the Russian national team at the EHT level. However, he finally gained stardom when he moved to SKA in the 2013 offseason. 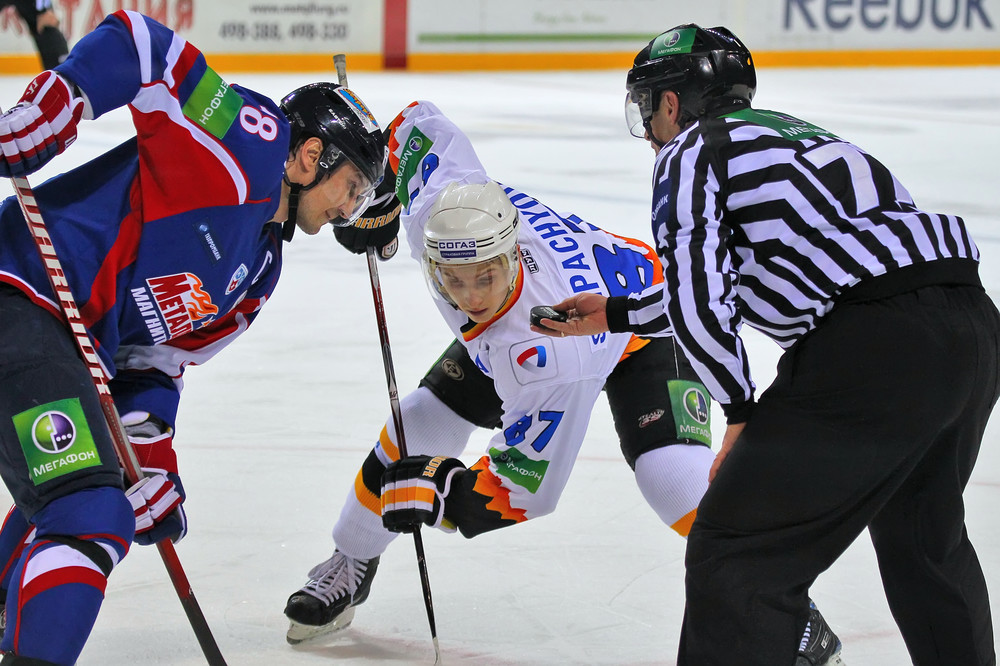 In St. Petersburg, Shipachyov established himself as the team's top center in a stacked lineup. He always showed incredible chemistry with his linemates – first with Artemy Panarin and Evgeny Dadonov, then with Nikita Gusev. In 2015, Shipachyov and SKA celebrated their first Gagarin Cup triumph, with the center being the playoffs' top scorer with 21 points in 22 postseason battles. After a highly-productive, but unlucky 2015-16 campaign, SKA and Shipachyov had an encore in the 2017 Gagarin Cup Finals when they defeated Metallurg Magnitogorsk in five games. 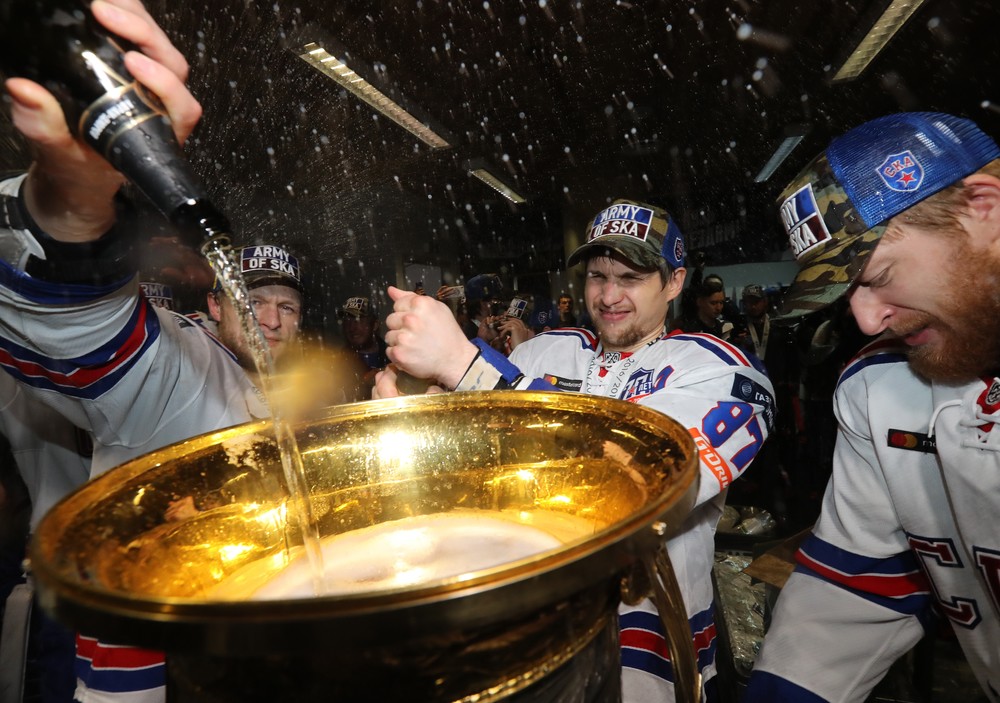 Move to America and back to Russia

Such a strong game, enriched by a gold medal at the 2014 IIHF WC in Minsk, couldn't go unnoticed, and in the 2017 summer, Shipachyov inked a deal with the Vegas Golden Knights of the NHL. However, the move didn't pan out for the center, who quickly returned to Russia and signed again with SKA. His return to Europe meant a chance to play at the 2018 Winter Olympics in South Korea, and he didn't miss the opportunity to add another goldware to his collection. In the 2018 offseason, after five seasons with SKA, Shipachyov moved to Dynamo Moscow, joining his fellow townmate Dmitry Kagarlitsky, who moved to the White-and-Blues directly from Severstal. The two formed a dynamic duo for Dynamo, and they were among the League's top scorers for most of the season. However, in the playoffs, the team led by Vladimir Krikunov had to surrender to the eventual champions, CSKA Moscow, in the Western Conference semifinals. In the offseason, Shipachyov and Kagarlitsky parted ways as the #9 moved to SKA. However, the center found new productive partners in Dmitrij Jaskin and Daniil Tarasov. With the four helpers he distributed in Khabarovsk, his run toward the 500th assist is already on its way. 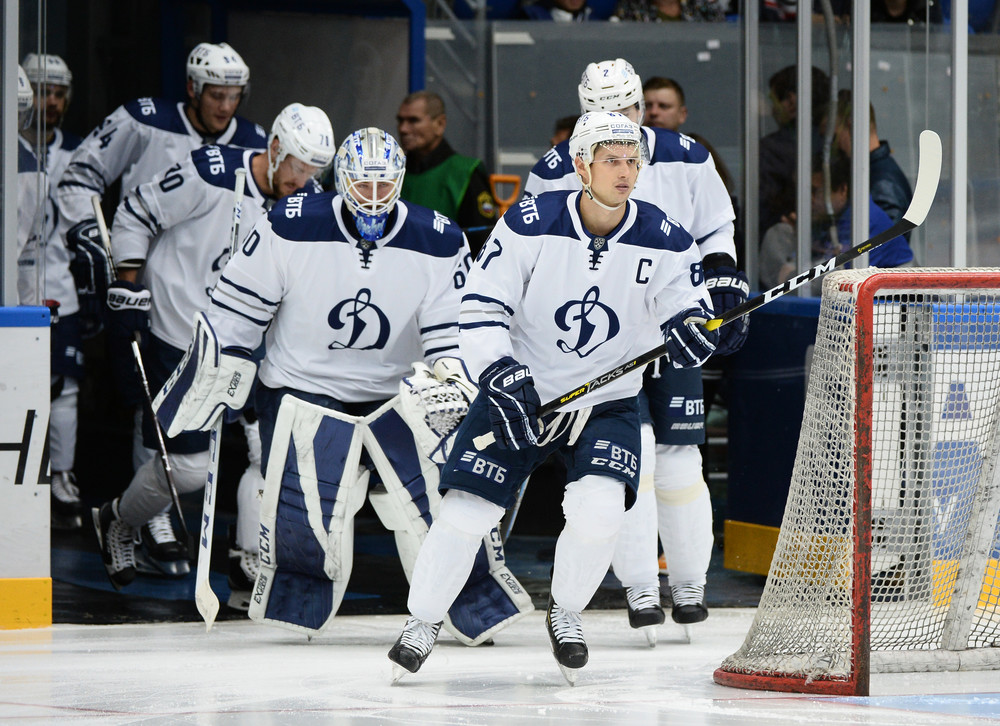