Fresh-faced CSKA forward Kirill Kaprizov plays his hockey with all the boyish enthusiasm of a kid just let out of school. On or off the ice, he’s rarely seen without a smile on his face; whether combining with his team-mates to score yet more goals, or pausing for a quick chat with the media, the 22-year-old is something of a breath of fresh air. So it’s always a bit of a shock to go back to the stats and discover that Saturday’s game against Traktor will likely be his 298th in the KHL.

The Novokuznetsk native hit the headlines again last weekend when he scored his 100th goal in the KHL. Sunday’s goal against HC Sochi took him to that milestone – and wrote a new chapter in the history books. Kaprizov wasn’t the fastest of the 80 players to score a century: his 296 games place him 17th on that list. He didn’t do it in the shortest timespan: with five years and 34 days from his KHL debut to his 100th goal, he was beaten by 15 rivals. However, he was the youngest – and by some margin.

Kirill Kaprizov scored on Sochi at the age of 22 years, 170 days. That smashed the previous record, held by Nikita Gusev since Oct. 2, 2017. Gusev reached his 100th goal at the age of 25 years,85 days, a few months younger than Alexander Radulov when he achieved the landmark in 2012. Even if we look back at the whole post-Soviet era and the 161 players to score 100 or more goals, Kaprizov is still by the youngest and Gusev remains his closest rival.

Kaprizov and Gusev … and PyeongChang

Whatever else Kaprizov and Gusev achieve in their careers – and potentially, that could be a huge amount – they will be forever remembered for the events of Feb. 25, 2018 at the Gangneung Arena in PyeongChang, Korea. The Olympic Athletes from Russia were seconds away from a shock defeat in the Olympic final against a German team that entered the game as a massive underdog. Down 2-3, short-handed, and going into the final minute of regulation, Kaprizov found Gusev in space and the backhand finish put the Russians back in the game. In overtime, Gusev returned the favor and Kaprizov secured his country’s first Olympic triumph since Viktor Tikhonov’s CIS roster took gold in 1992.

Thrust into the spotlight on the biggest stage in World Sport, Kaprizov handled the media attention with trademark humility, reflecting on the more established stars who helped steer Russia to glory. “I learned a lot from Datsyuk at this tournament,” said Kaprizov. “He can play anywhere on the ice. I’m thrilled that Pavel and Ilya Kovalchuk finally won their gold medals. I’m happy for everyone, but from them in particular because it’s their fifth Games. I’m only 20, and I still have a lot to strive for in my career.”

It's a comment typical of Kaprizov’s roots in Novokuznetsk’s renowned hockey school. The Siberian city, with a population of half a million, has nurtured a host of talented hockey players. Metallurg may never have reached a KHL playoff in its time in the league, but the club launched the careers of many stars. Apart from Kaprizov, goalie Sergei Bobrovsky and defenseman Dmitry Orlov have become NHL stars, current CSKA goalie Ilya Sorokin won Olympic gold and last season’s Gagarin Cup alongside Kaprizov.

When Kaprizov got his first call to the World Juniors in 2015/16, he talked about the importance of the hockey traditions in his hometown and the impact that the KHL had on hockey development for his generation of players at the Kuznetskiye Medvedi junior team.

“The JHL gives you a chance to show yourself, especially when you have JHL and KHL teams in the same city,” he said. “When that happens you often get coaches and managers from the senior team coming to the youth games to check on promising youngsters and maybe draft them into a higher level. In Novokuznetsk we knew that when Metallurg wasn’t out on the road, guys from the first team would be watching all the Medvedi games in the arena, seeing us play live. So we could each get the chance we were hoping for.” 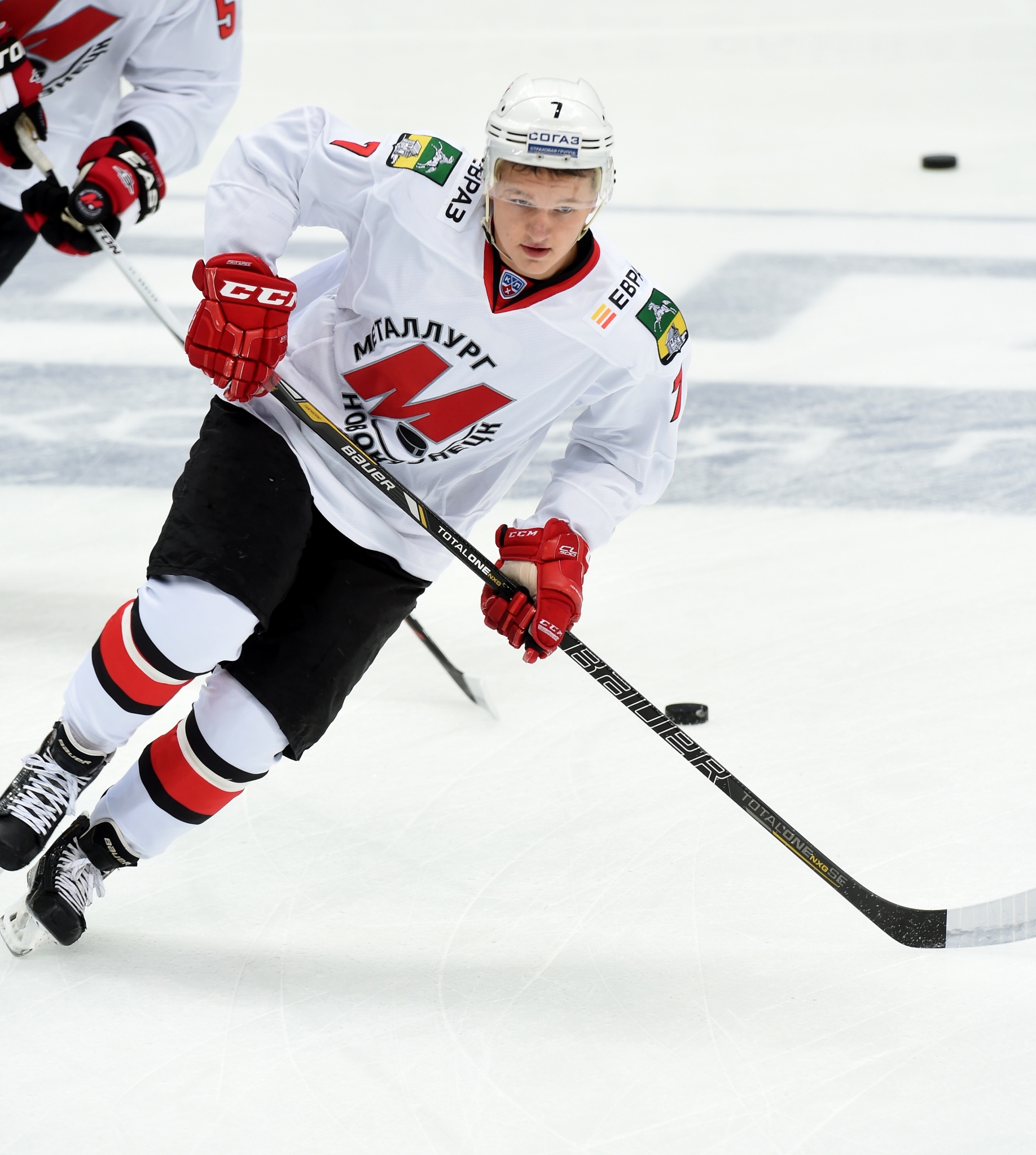 By that time, Kaprizov had already been drafted by Minnesota. It was clear that his talents were outgrowing a Novokuznetsk team destined to struggle at the wrong end of the Eastern Conference and a move would be forthcoming. However, rather than cross the Atlantic immediately in search of NHL fame, Kaprizov followed a steadier path. First, he played a season in Ufa with Salavat Yulaev, getting his first taste of playoff action and putting up some impressive numbers. Next came a three-year deal at CSKA. Two seasons with the Army Men brought two Gagarin Cup finals, one trophy and, of course, that Olympic win. It also brought some high-level overtures from the Wild about bringing Kaprizov over once his CSKA contract expires.

While fans in North America drool over the highlight reels – and two more hat-tricks this season has merely added to the wealth of thrilling Kaprizov footage out there – the fact remains that staying home has helped Kaprizov mature into a player capable of establishing himself as a star in any league. While others – Valery Nichushkin, anyone? – have gone overseas straightaway and encountered difficulties, Kaprizov looks poised to follow the likes of Evgeny Malkin and Alexander Ovechkin and will make the move with solid experience from the top end of Russian hockey to carry him through the adaptation period.

Whatever the future holds, though, KHL fans are enjoying every moment of this young man’s dazzling displays for CSKA. One of this season’s narratives will surely be about what further scoring feats Kaprizov can achieve here in Russia.

Kaprizov’s quotes were originally published in articles at IIHF.com 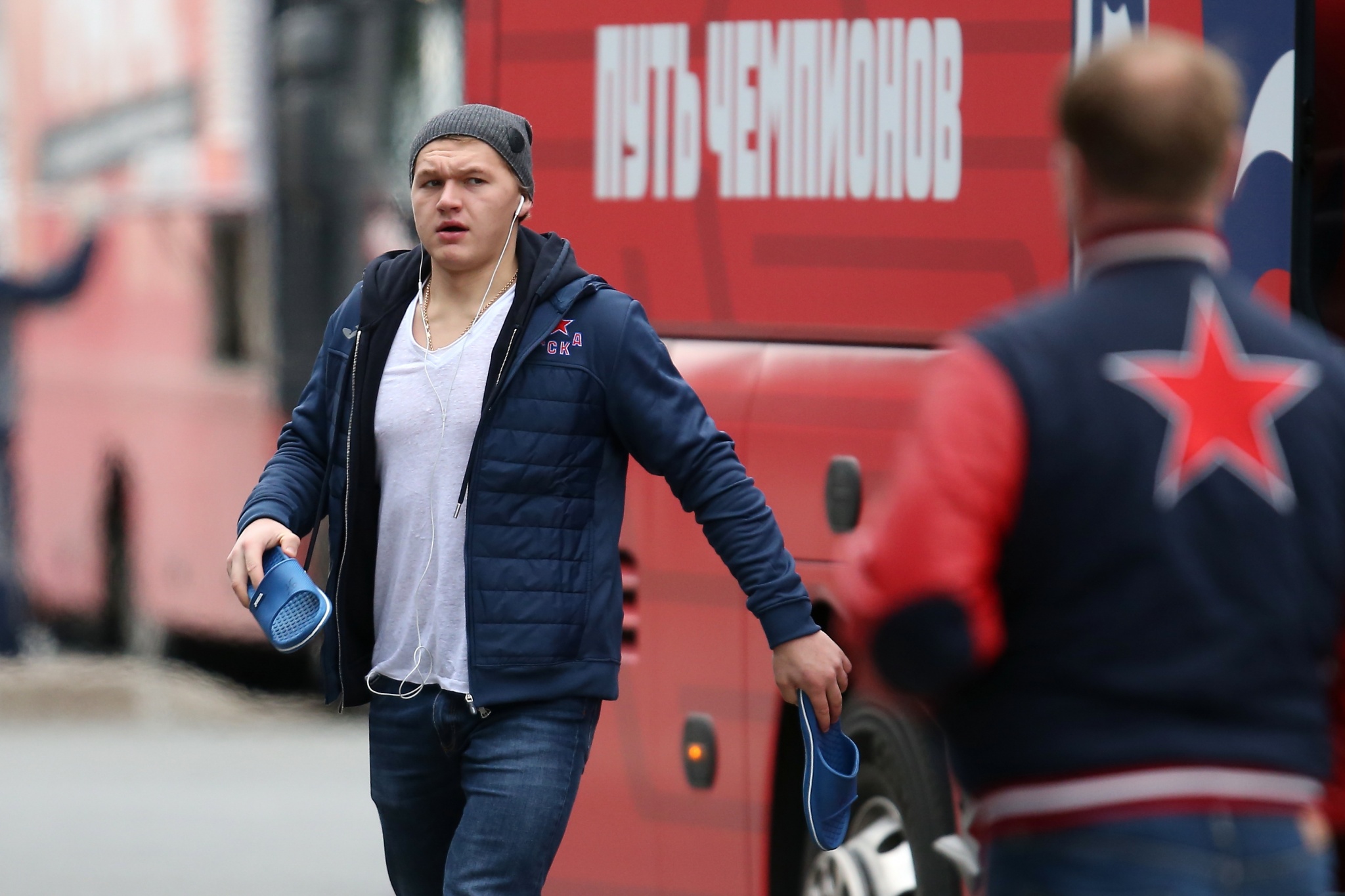