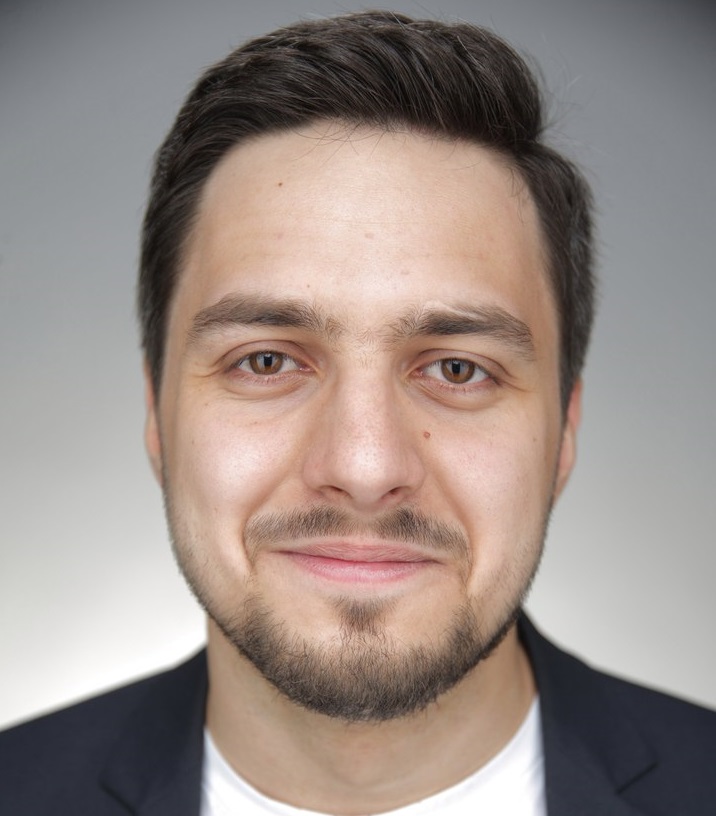 The Canadian forward, who had a strong performance for Team Germany at the 2018 Olympics in South Korea, is now one of the Avtomobilist's leading players. In this KHL.ru interview, Macek talked about his roots, the similarities between Yekaterinburg and Munich, his team's ups and downs, and much more.

Just like last year, Avtomobilist had a strong start of the season. The same can be said about one of its new players – Brooks Macek. The forward scored points in eight of the first nine games of the season. Now, he shares the lead for Avtomobilits in scoring with the team's captain Nigel Dawes.

"If I didn't have European experience, I would have been shocked by such a lengthy training camp"

The forward is having a surprisingly fast adaptation to the new league. "I can explain this success only with the fact that we are a fantastic team," Macek says. "I am blessed with incredible teammates, and it's highly beneficial. I only have to get to the ice, work hard, and get ready for each game just having fun. A new league, a new team... I am trying to make a good impression, and I'm glad that everything is working for now."

During an interview, Macek said that in his adaptation, having already played in Europe is making the difference for him. "European and North American hockey have many differences," the forward explains. "First of all, of course, the preparatory process in sight of the new season. In North America, it lasts only two weeks. If I didn't have European experience, I would have been shocked by such a lengthy training camp."

Before signing in Yekaterinburg, Macek asked some of his friends about moving to the city. "Before signing, I talked to Nigel Dawes. He told me many good things about the team, the League, and the city. I also spoke with Brent Sopel – we played together in Chicago – he confirmed."

It wasn't hard for Macek to find himself perfectly fit in his new reality, both on and off the ice. "We have a fantastic team, and it was easy to find a common language. Moreover, we had a strong start of the season, and it helped us to acquaint with each other even more," he explains. "Yekaterinburg is definitely a European city. I spent many seasons in Munich, and Yekaterinburg reminds it. Our place is close to all the important locations, my family and I can be wherever we need on foot, avoiding driving a car. The people are nice here, and I enjoy living in Yekaterinburg."

Macek and his wife often get recognized in the busy Ural metropolis. "We often walk in a mall close to our place; fans usually meet us there." 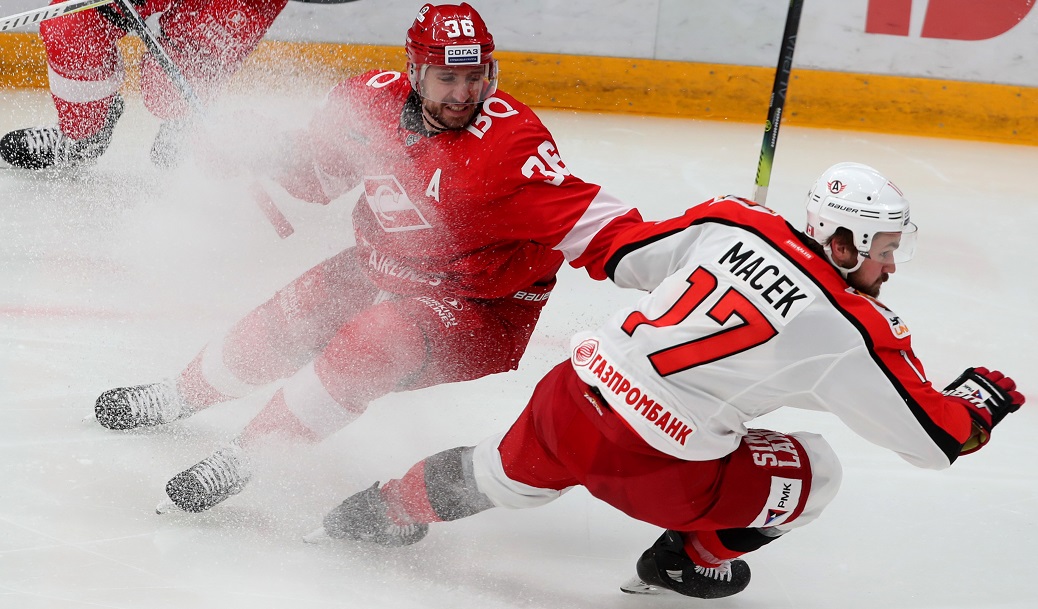 "I don't have a favorite partner, all of them are fantastic"

A proven two-way player, Macek already scored two shorthanded goals this season. "It was more of a matter of instinct than of tactics. When the opposition is on a powerplay, usually, the team doesn't defend as fiercely as in even strength. If you have a chance, why not?" The forward scored one of his SH goals in a winning effort against SKA. "It wasn't easy," Macek recalls. "We knew that SKA is a fantastic team, but we played at a high level that night. Hockey is a fabulous game; everything can change in a fraction of a second."

Differently from other coaches, who prefer to build teams and units around chemistry, Avtomobilist's bench boss Andrei Martemyanov keeps on shuffling his lines, trying to find the perfect match. Macek doesn't seem to be worried about it. "It's not a problem to me," he confirms. "In any case, it's a coach's decision, he sees the game better than we do, right? In one of the recent games, I was moved to another line. The move helped because three different units scored for us. And while you change linemates, you also have a chance to see things differently."

Macek looks comfortable playing on pretty much any line. "I started the season with Dawes and Vyacheslav Litovchenko," he recalls. "It was incredible. Then I played with Artyom Gareyev and Alexander Kucheryavenko – they both are excellent players. I repeat myself, I quickly found a common language with everyone, and I enjoy being a part of the team. I don't have a favorite partner, all of them are fantastic." 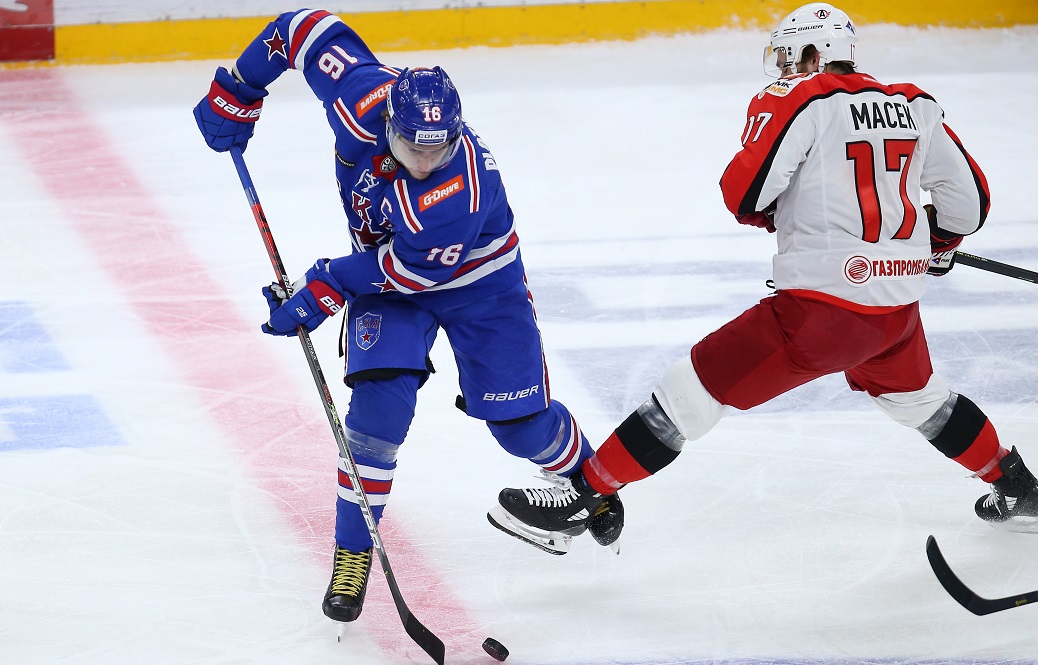 "I think that such a loss to Dynamo, in the end, helped us"

The Ural team similarly started the season as last year, even if this time around, they had only to be content with eight straight wins. "Frankly speaking, we didn't think about it. When you prepare for the matches, you only think about "game one," "game two," "game three," and so on. Of course, we try to win each game we play. It was good to have such a great start."

However, after those wins, Avtomobilist started a negative streak. "I think it's normal," Macek accepts the fact. "During a season, a team has its ups and downs. The quality of a team depends on how fast can the guys pull out themselves out of the hole, and not if they get into it. Just any team has its downs."

One of the worst games played by Avtomobilist this year was October 5's home defeat against Dynamo Moscow. The teams exchanged goals in the first period, then the Blue-and-Whites scored three unanswered goals for a shocking 4-1 away win. "We played awfully that night. We conceded two quick goals, and that broke our game. I think that we didn't start the game with the right attitude. However, we learned our lesson, and in the next game, we played much better against Traktor. I think that such a loss, in the end, helped us; we will avoid such a bad attitude. We also have to say that Dynamo played excellently that night." 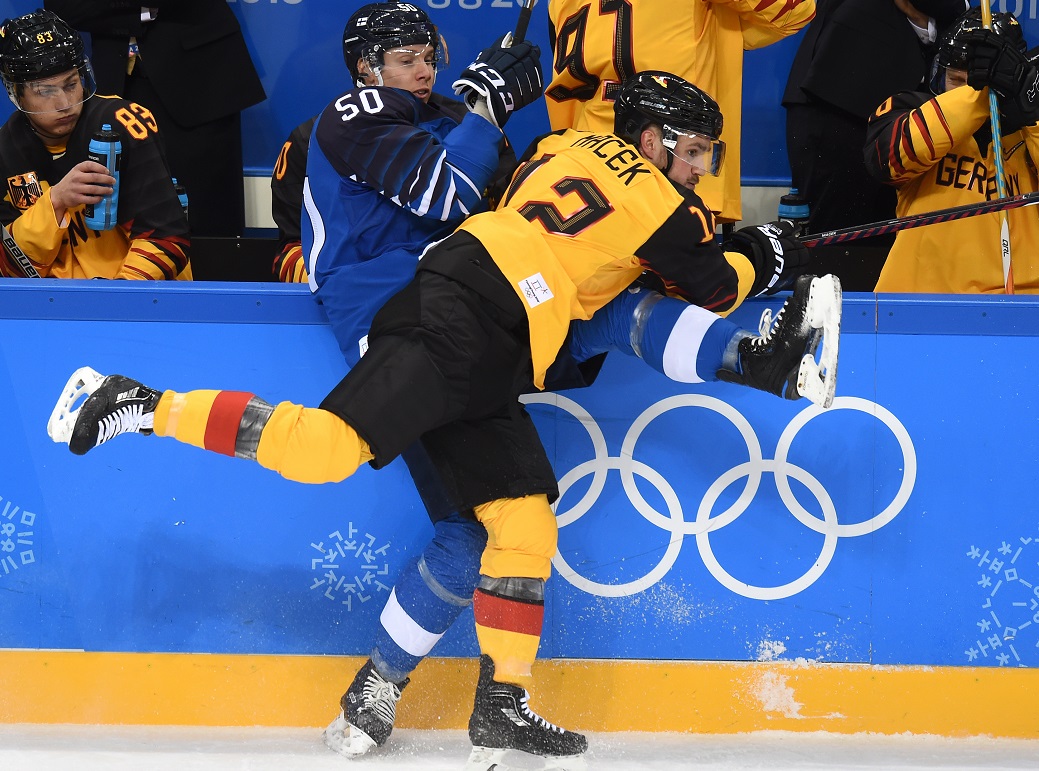 "I am not scared by a few hours on a plane"

Moving to the KHL, most of the new players have a word or two to say about the long flights, like from Helsinki to Beijing. However, once again, this is not a problem for Macek. "When I was young, I used to travel 20 hours on an autobus to reach the next away game; thus, I am not scared by a few hours on a plane. Playing in different time zones is more challenging, most likely. Two hours is a thing, but I am not sure what it means to play in the Far East."

After last year's successful regular season and the increase in the team's financing, there is now more pressure than ever on Avtomobilist. "I think that feeling some pressure is a positive aspect," Macek explains. "We are more focused on our job, and just like any other team in the league, we try to win as more games as possible."

Brooks Macek was born in Canada, where he started his career but became a recognized name in hockey because of his play with the German national team. He scored 4 (2+2) points at the 2018 Olympic Games in South Korea and took part in the 2016 and 2017 IIHF World Championship. "I started my pro career in Germany and played at the Olympics for them," Macek talks about his path in hockey. "However, I was born in Canada, and my roots are there. You know, I would pick both countries. But if we talk about hockey, then I am a German player." 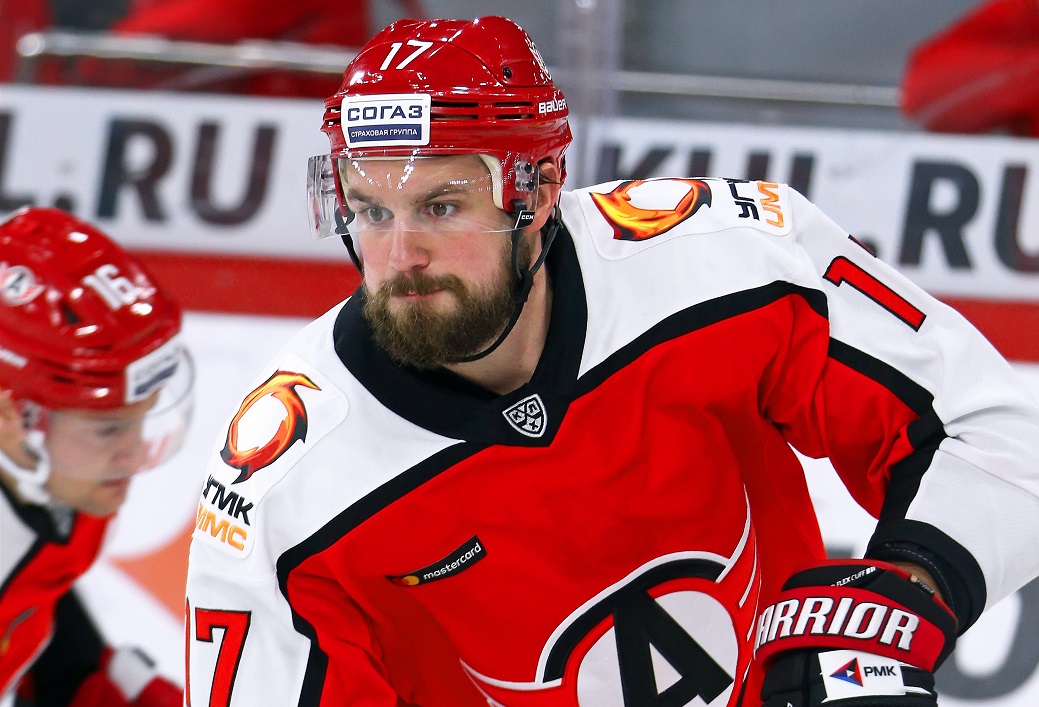