The best goalie of week five - Jokerit's Janis Kalnins - told KHL.ru about his team's start, the inner competition with Antti Niemi, and his difficulties with day-to-day life in Finland.

After a rocky start of the season, the Finnish side managed to rally in the standings as Jokerit is back in the playoffs zone as the seventh seed in the Western Conference's standings. One of the reasons behind Jokerit's positive streak is their goalie – Janis Kalnins. "We had some up and downs in the season's first few games," the Latvian says. "We needed some time to have our newcomers feel acquaintance with the new environment and find the right chemistry. We're now on the right path, and we need to go ahead this way."

The Latvian netminder was awarded Best Goalie honors last week. "I was delighted about the nomination, it was a real surprise for me," Kalnins says. "But of course, it's not that important on the big picture. I need to keep playing this way and help Jokerit winning even more games."

Last year, Kalnins formed Jokerit's goaltending duo with American Ryan Zapolski. This year, the Finnish side raised the stakes signing the former Stanley Cup champion Antti Niemi, who spent the latest six years playing overseas. "I was happy when I read that Jokerit signed him," Kalnins recalls. "He's got such a long experience at the highest level, I have a lot to learn from him, many little things that make you a better goalie. We have an excellent relationship."

Last year, Jokerit had a solid regular season but suffered from a first-round playoff exit at the hands of Dynamo Moscow. "I think that our team is better this year. Last year, we weren't ready at the hundred percent, we missed something, and we need to fix things up."

Kalnins had an unbelievable career path, especially considering that no more than four years ago, he was stopping pucks in Hungary. "I know that no one would expect a goalie from the Hungarian league playing in the KHL anytime," Kalnins explains. "I needed to play five to six games before getting used to the KHL. I didn't do anything special, just played, and showed my best game. I had a chance, and I did good use of that. My biggest competitor is myself and not any other goalies."

In spite of his excellent play, Kalnins rarely played with Latvia at the senior level. "I wasn't lucky with the national team," he says. "I was often injured after the season, and I couldn't help the guys. I hope that this year it will be different."

Other than clashing with his former team, Dinamo Riga, in the KHL, Kalnins can face his coach with Latvia – Bob Hartley, who is also coaching Avangard. "It's always good to play against coaches or players you are familiar with," Kalnins says. "Especially if someone of them is the coach of your national team. Hartley is a fantastic coach, he is obsessed with details, and does everything the right way. At his first season in the KHL, his team went directly to the Gagarin Cu finals – this must mean something. Regarding Riga, I was very nervous last year, before the first game against them. I could get back to myself only in the second period. Now, I got used to it, and facing Dinamo is just another regular game."

After his experience in Hungary, moving to Finland was easier for Kalnins. "The experience in Hungary helped me. A huge advantage is that in Helsinki, I don't have to learn the Finnish language, almost everyone talks in English. However, you know, I still have problems finding a grocery or understanding where I can park my car," Kalnins laughs off.

The goalie is not sure if he'll ever learn Finnish. "You know, it's an incredibly difficult language. I didn't even start learning it. Regarding other languages, I talk Latvian, English, and a bit of Russian, but I don't have much practice." 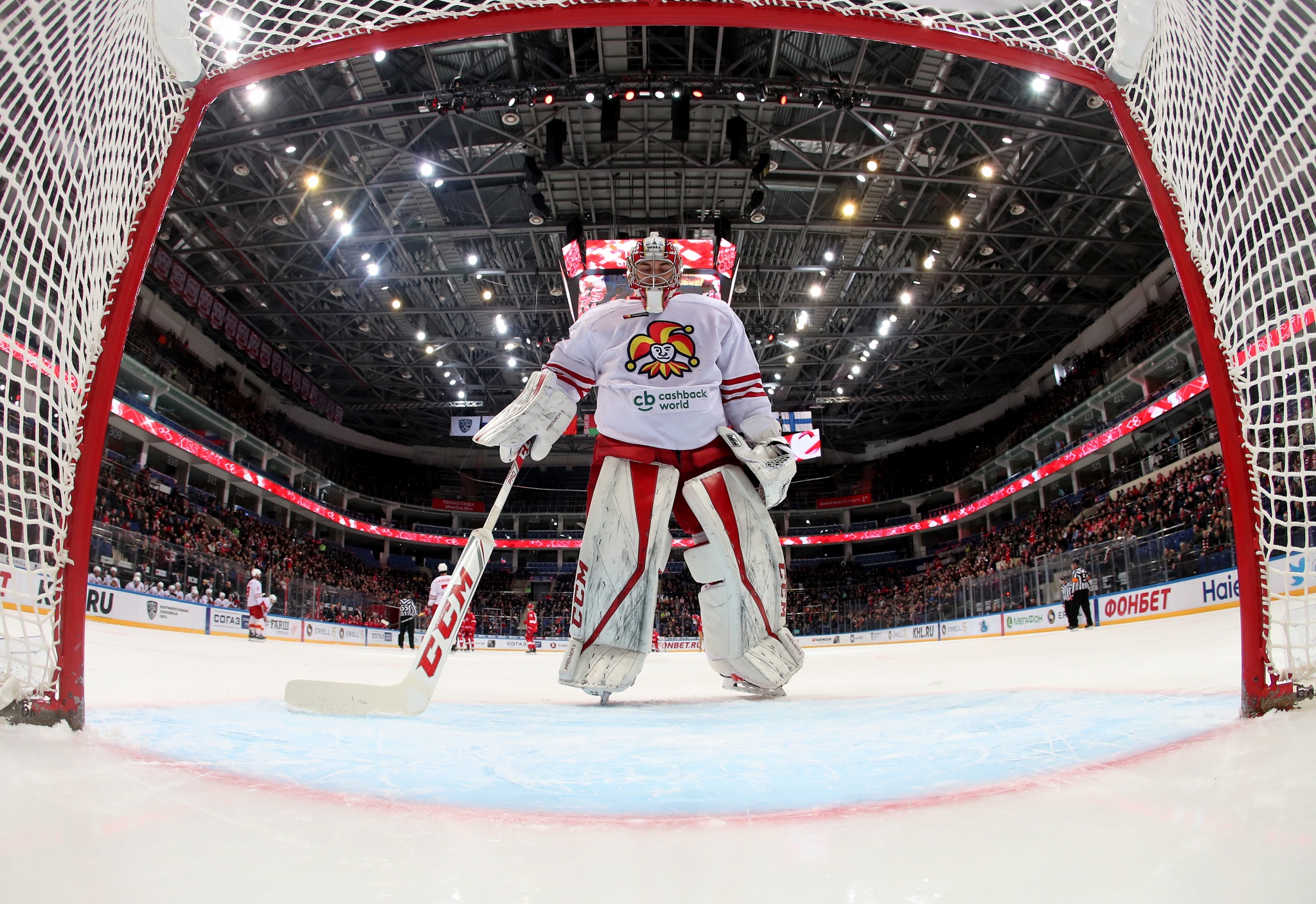