Mikael Wikstrand: "I'm glad to have signed with Ak Bars"

September's best defenseman Mikael Wikstrand talked to KHL.ru about his debut in the new league, commented on his adaptation to Kazan, and shed some light on a secret hidden in his surname.

Mikael Wikstrand was awarded Best Defenseman honors in September after scoring 10 (3+7) points in 11 games in the first four weeks of the regular season - including a six-game streak. "It's always a pleasure to get awards," Wikstrand says. "September has been a great month for both my team and me. However, the season is still young, we've got a lot of stuff going on, and I need to play at this level not only one month but the whole year."

Wikstrand, 26, played his whole career at home in Sweden, ultimately lining up for Farjestad in the local league. He served as the team's captain in his last season for the Karlstad-based team. However, he had a controversial spell with the Ottawa Senators back in 2012. The defenseman seems to be happy with his move. "The KHL is a great league, it's always one or two steps ahead of the SHL," Wikstrand explains. "I knew that I was ready, I played many games with the Swedish national team, including against Team Russia. I didn't have any adaptation-related problems."

Usually, international players have more problems off the ice, as there can be a bit of cultural shock. "Of course, many things are different," the defenseman confirms. "You need to discover a new country for yourself, but the team helps me, and so all is good. I'm glad to have signed with Ak Bars."

Wikstrand's family also moved to Kazan, helping him in the transition. "It's a new experience for them as well. My son is just a few months old. It's excellent that also our goalie, Adam Reideborn, brought his family with himself. Our families are close, and we help each other."

This summer was a summer of changes in Kazan. The legendary bench boss Zinetula Bilyaletdinov left the team, and Dmitry Kvartalnov was hired as his heir. The team retained one of its all-time best players, Danis Zaripov. "Well, Kvartalnov would be a new coach for me whatever the club's situation," Wikstrand says. "We had an excellent start of the season, playing good hockey and winning games. Danis is a real leader, and a real captain, playing with such fantastic players is an honor."

As it often happens, Wikstrand talked with his countrymates before moving to Russia. "I had a talk with Anton Lander," Wikstrand confirms. "He played a few seasons in Kazan. He told me many interesting things about the city and the team. Moving to the KHL is a step forward for me, a chance to show that I can play at such a high level."

To further highlight the time of change, Ak Bars also renewed its locker room. "The new locker room is the best I have ever stepped in. I couldn't say anything but 'wow' the first time I saw it." 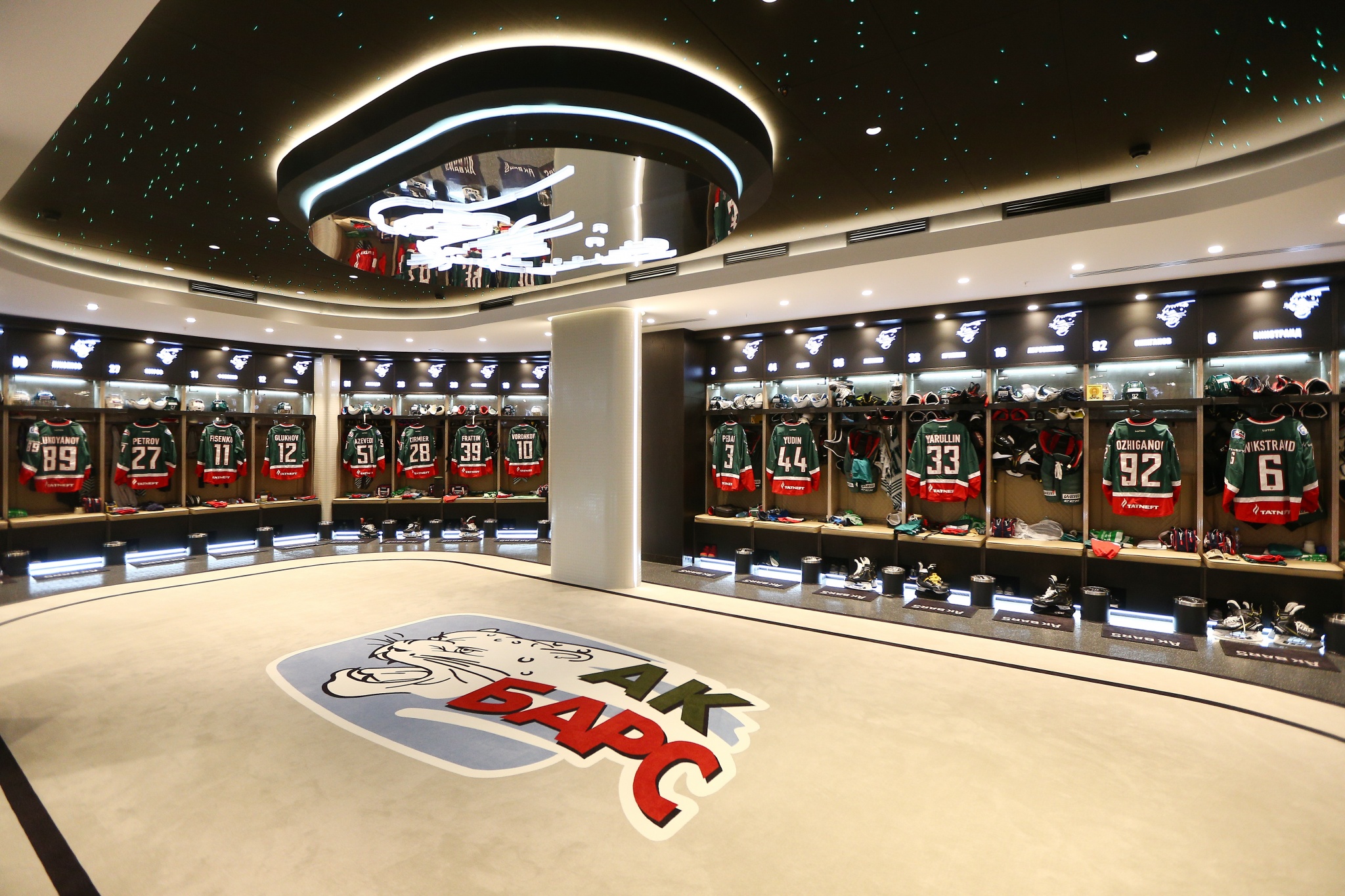 However, playing in Kazan means also to deal with high expectations. "I don't feel any pressure," Wikstrand looks sure of himself. "We know our responsibilities, everyone is waiting for our wins. We need to win games and fight for the Gagarin Cup. if we go on like that, we'll have a chance."

The Swedish blueliner also wanted to share the secrets of his surname. "On my passport, I am Vikstrand. However, at one moment, everyone started writing it as Wikstrand. I can say that it's my nickname now." 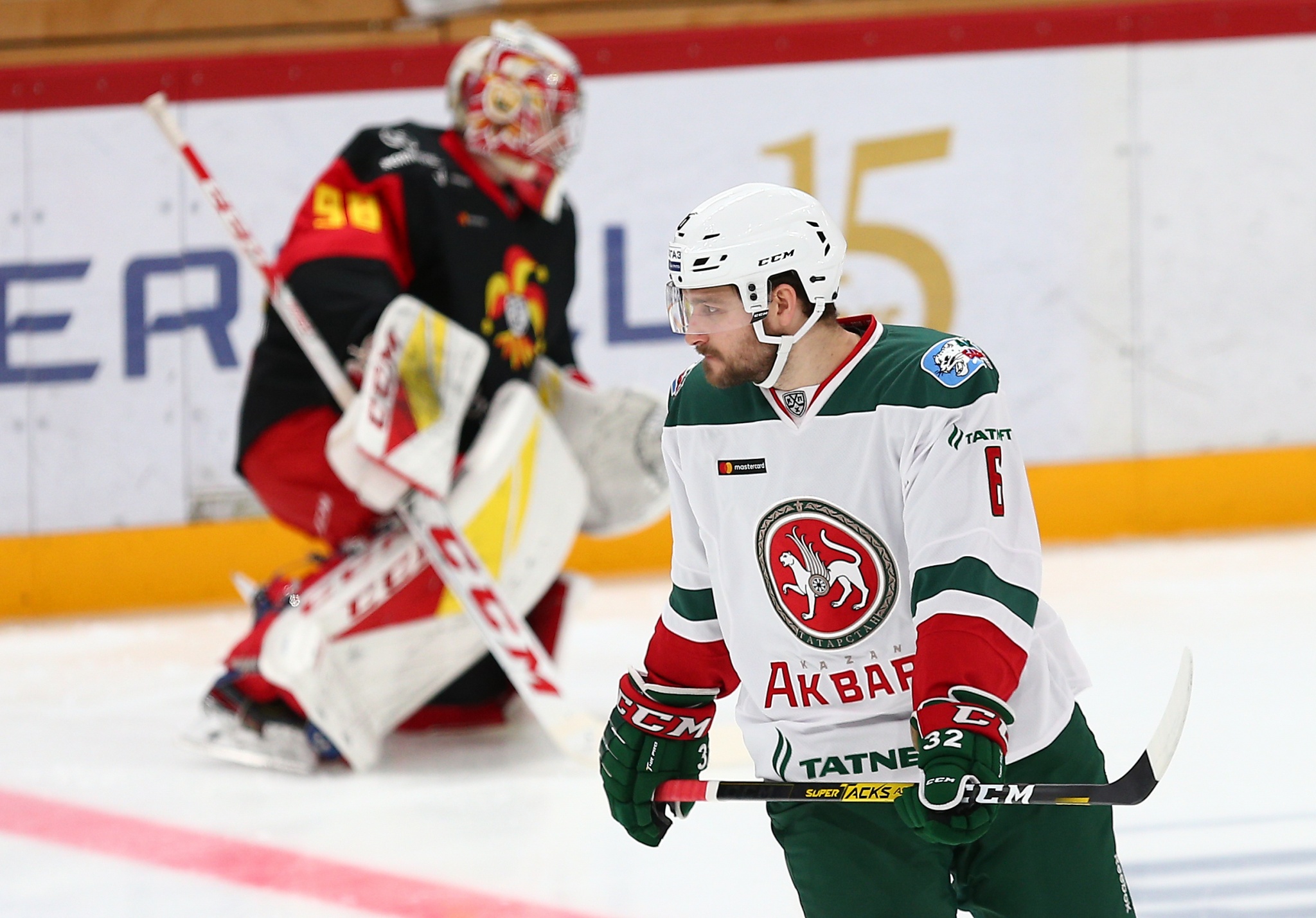