A game between Vityaz and Metallurg could easily see a top-of-the-table team playing against an opponent struggling to reach the playoff places. However, when the two face off on Saturday, the traditional roles are reversed. This time around, it’s Vityaz that leads the way while the two-time Gagarin Cup winner languishes near the foot of the Eastern Conference. Let’s take a look at the forces behind this revolution in Podolsk and meet some of the men who have put Vityaz on top of the pile.

When Mikhail Kravets was appointed to Podolsk in place of Valery Belov, the news did not prompt banner headlines. A favorite in his native St. Petersburg, where he played for SKA in the Soviet championship and worked in a range of coaching positions in the KHL, VHL and Youth Hockey League, the 55-year-old wasn’t really identified as a coach to watch. But even in pre-season his team was showing signs of Kravets’ hockey imprint and a 5-0 victory over CSKA at the Mayor of Moscow Cup demanded greater attention.

Kravets has assembled a power play unit capable of grabbing big goals: in the last three games, the Vityaz PP has kick-started a recovery from 0-2 at Lokomotiv, twice grabbed go-ahead goals at SKA and snatched the overtime winner against Avtomobilist. He’s built a team that plays with speed, making the most of the strengths of his players by establishing an uncomplicated but effective gameplan. And he’s getting the best out of Alexander Semin, the team’s captain and undisputed leader. 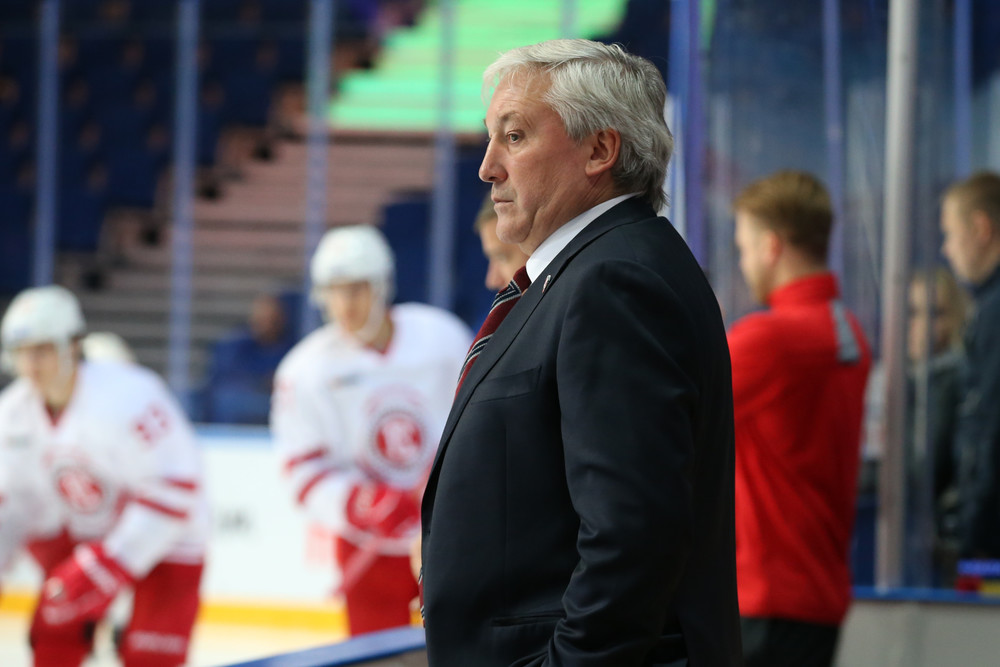 Semin rolls back the years

Twice a World Champion back in 2008 and 2012, when he was Ovechkin’s colleague in Washington, Alexander Semin is enjoying a second youth at Vityaz this season. As team captain, he’s leading from the front, bringing the wiles and experience to guide a raw team up the table. True, this isn’t the fast-paced forward of old – a 35-year-old will never be as quick as his 25-year-old self – but where once Semin terrorized opponents with his flash and dash, now he’s able to unleash a formidable hockey intellect to outwit the foe.

At Vityaz, he’s quarterbacking that power play. He’s also pulling the strings for the offense and using his positional sense to great effect with or without the puck. According to Kravets, Semin “generates our game. Holding the puck, passing, scoring goals – all of that is his work.” With 12 (5+7) points from 10 games to date, he’s more than delivering on his job description. 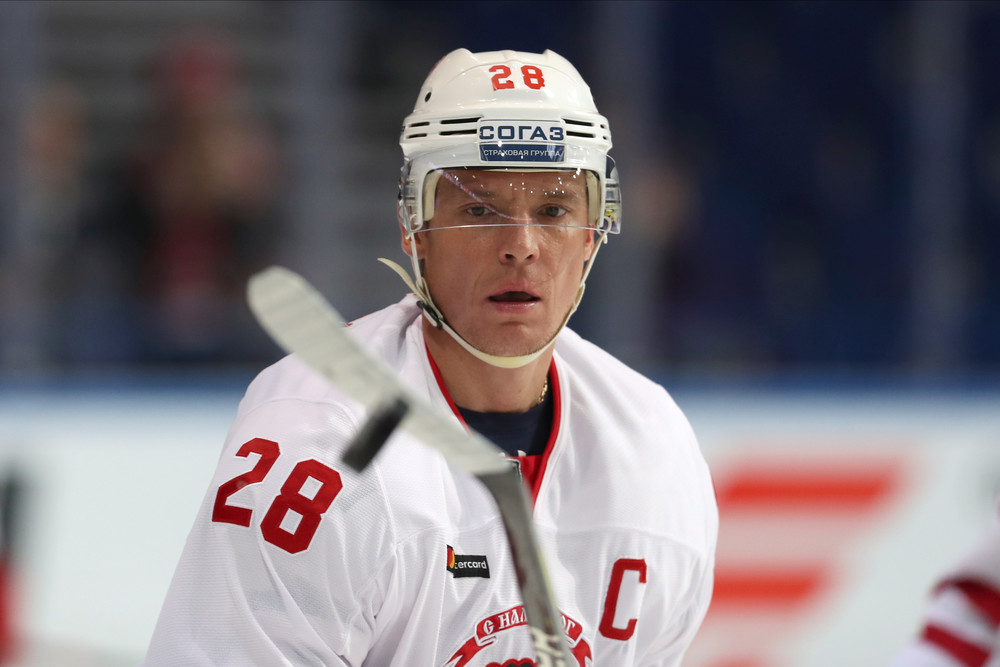 Samonov emerges from the shadows

It takes some guts to wear #99 on a hockey jersey. The digits indelibly associated with the great Gretzky take a lot of living up to. But Vityaz goalie Alexander Samonov is doing just that at the moment. The 24-year-old has flown under the radar for much of his career, spending his two previous seasons in the KHL as an understudy to the likes of Igor Saprykin and Joni Ortio. This season, though, he’s seized the moment. Sharing starting duties with Ilya Ezhov, he’s running a phenomenal save ratio of 97.8% and allowing just 0.8 goals per game. That includes two shut-outs, including the epic overtime win over Avtomobilist that put the team on top of the table. Now, out of nowhere, the Moscow native is being touted for a first ever international call-up when Alexei Kudashov takes Russia to November’s Karjala Cup in Finland. 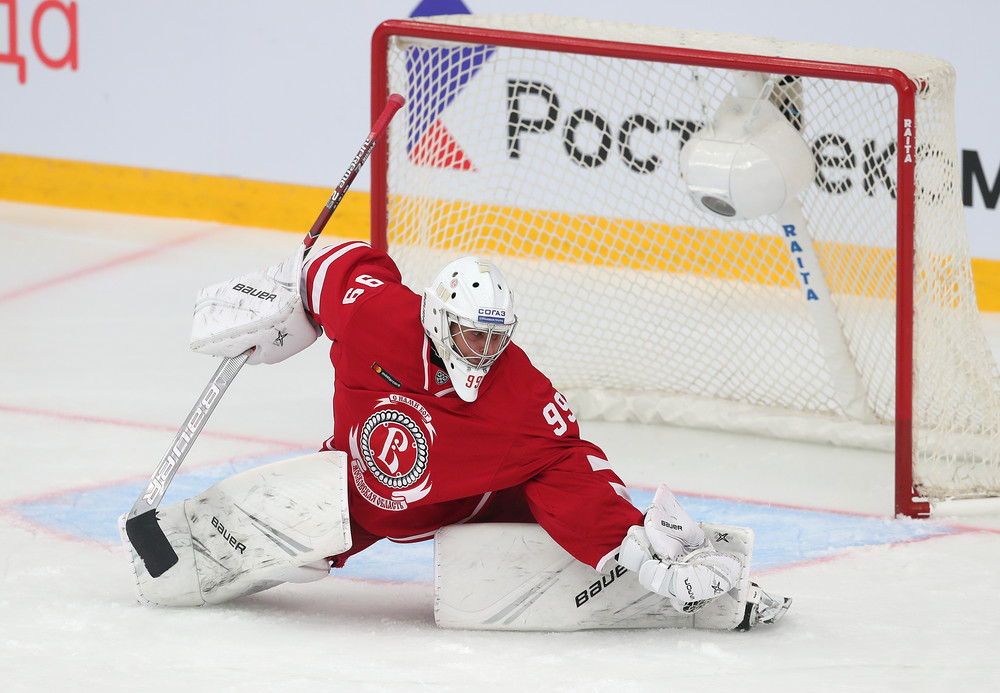 Recruitment is always an issue for a club like Vityaz. Established stars will likely look to bigger clubs, so the management needs to be on the look-out for emerging talent. Then, of course, there’s the risk that selecting the right prospects will see bright young players moving on quickly after impressing in Podolsk. This season, though, the task was made a little easier by the return of Jakub Jerabek and Miro Aaltonen.

Czech defenseman Jerabek currently leads the team’s scoring from the blue line with 7 (3+4) points in seven games. He previously played here in the 2016/17 season, going to the All-Star Game and helping the club to its first ever KHL playoff appearance. Two seasons in North America followed: 66 NHL appearances for three different clubs hinted at a future on the bubble and the chance of a return to the club where he played some of his best hockey has worked well for both parties.

Finnish forward Aaltonen went on a similar journey. A team-mate of Jerabek in 2016/17, he spent a season with the Toronto Marlies before heading back to Vityaz last time around. Now in his third campaign, he’s a key partner for Semin and continues to score consistently. With two imports in place who know the club – and others like Ville Lajunen, Pekka Jormakka and Joonas Nattinen who know the league – the need for adaptation is reduced and the team has made a flying start. 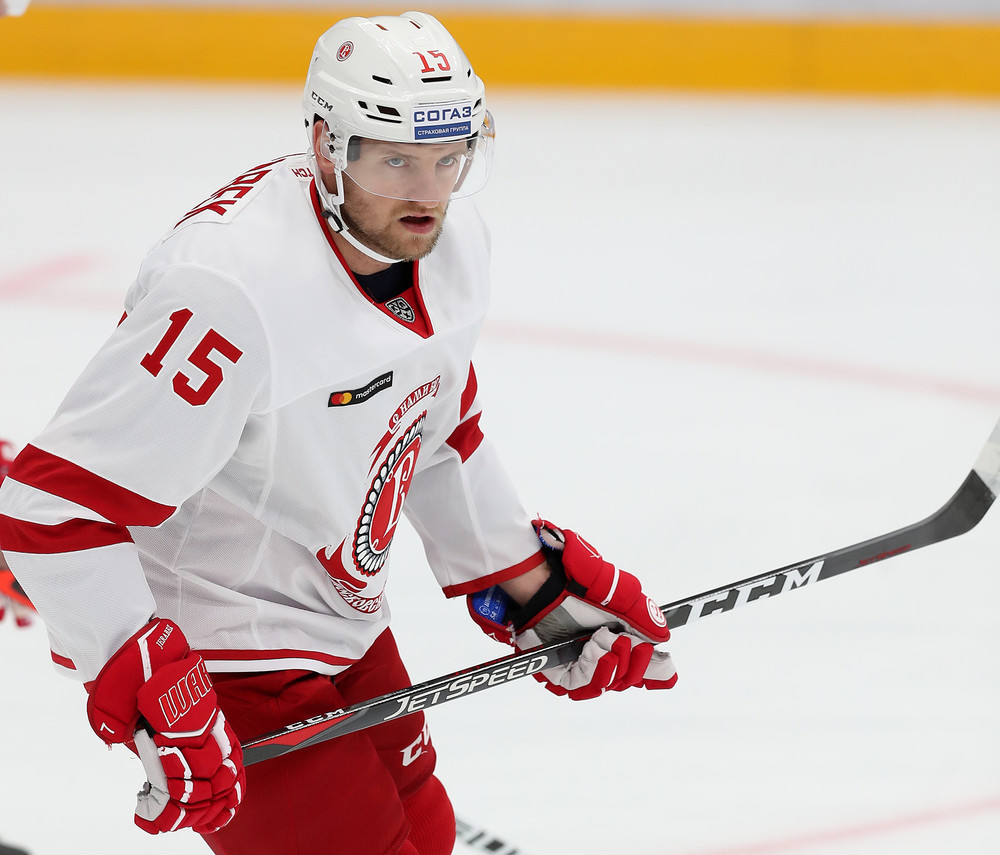 This isn’t a team that is built around stellar names. Apart from Alexander Semin, double World Champion and Gagarin Cup winner with Metallurg in 2016, it’s a roster comprising players with potential – not always fulfilled – or solid pros with extensive experience of life among the KHL’s mid-table placings.

Guys like Svyatoslav Grebenshchikov, who has 6 (5+1) points this season out of a career tally of 12 points in 60 games. The 25-year-old joined in the summer from HC Sochi hoping for regular KHL action at last, and is revelling in his new team’s unexpected success. “With every win we’re gaining confidence,” he said after that victory over Avtomobilist took Vityaz to the outright leadership of the KHL. “It adds a little bit more each time, we’re already playing very calm hockey and not turning over the puck so often. That’s how we’re managing to win so much.”

In many respects, it resembles Oleg Znarok’s MVD team of 2009/10; an unfancied roster from a small provincial town, but hard-working, well-drilled, superbly coached and unafraid of the reputations of others. As September comes to an end, it’s too early to predict that Vityaz could come close to matching MVD’s run to the Gagarin Cup final. But it’s not at all early to welcome an outsider capable of upsetting the best in the KHL and adding to the intrigue of the competition. 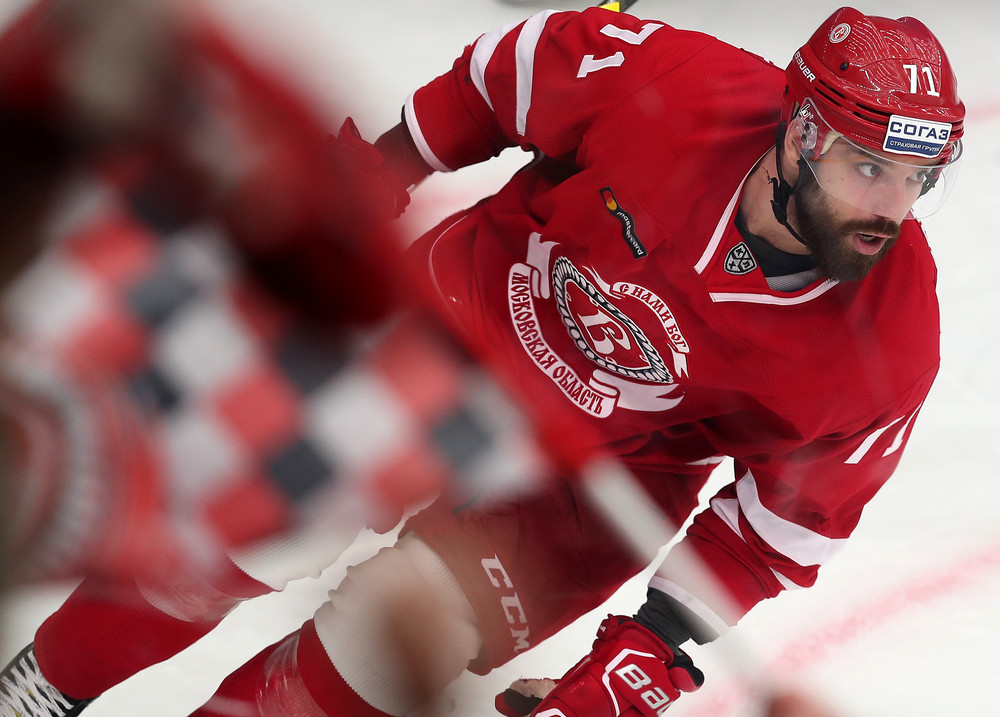