Man of the week – Kirill Kaprizov

Continuing our series, KHL.ru looks at the story of one of the best young players in the world. After starting his KHL career in Novokuznetsk, let’s find out more about CSKA’s star Kirill Kaprizov.

Not many players in the KHL managed to defeat Sergei Mozyakin and Nigel Dawes to emerge as the League’s top scorers. Let alone at age 22. But Kirill Kaprizov could. In the 2018-19 season, Kirill scored 30 goals, with Dawes and Mozyakin stopping at 28 and 23, climbing for the first time on top of the goal-scoring charts. This season, the music hasn't changed. After nine regular-season games, Kaprizov leads the League (tied with Avtomobilist's Brook Macek) with 12 points and is among the top five scorers with five goals. Oddly enough, Igor Nikitin started the season with Kirill featured in the team's third line. However, already in the first game of the season against Avangard, he decided to move him back to the top line with last year’s partners Mikhail Grigorenko and Linden Vey, shuffling a bit its lineup to get back on track after a somewhat disappointing start.

Only 22, Kaprizov has already a long CV under his belt, with an Olympic gold medal, a Gagarin Cup, and silver and bronze medals won at both adult and junior level with the national team. He’s also a four-time KHL All-Star and one of the League’s top talents. 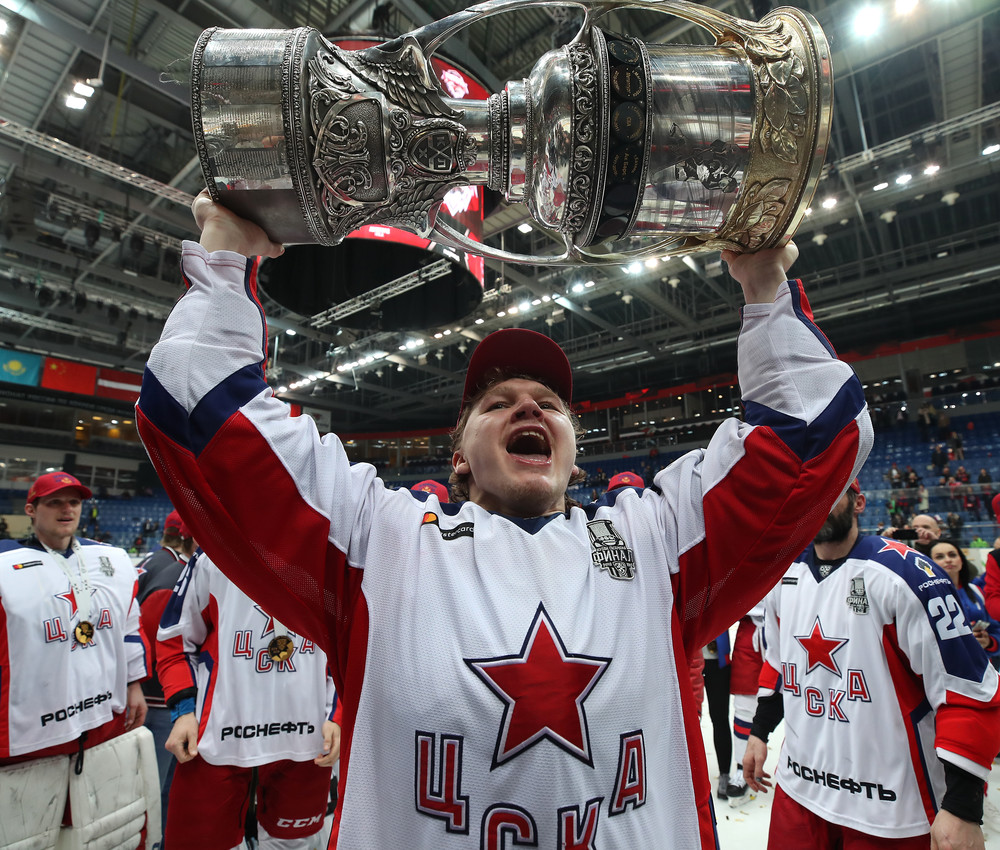 Kaprizov started playing hockey in his native Novokuznetsk, where he climbed to the highest ranks in junior hockey in 2013 when he began representing his city in the JHL. After a stellar season there, he was picked first overall in the 2014 KHL Draft by Metallurg Novokuznetsk. In spite of his young age, Kaprizov was often iced on the team's first line, and was particularly dangerous on a line with veteran Ryan Stoa and forward Maxim Kazakov – now a winger with the Sibir Novosibirsk. After spending two seasons in Novokuznetsk, Kaprizov moved to Ufa for the 2016-17 season. It was yet another stellar season for the then-20-years-old scorer, who reached the 20-goal mark for the first time in his career and was unstoppable at the WJC with Team Russia, where he scored nine goals in just seven games and helped Bragin’s band to get back home with a bronze medal. Among the events, Kaprizov was drafted in the NHL by the Minnesota Wild in 2015. 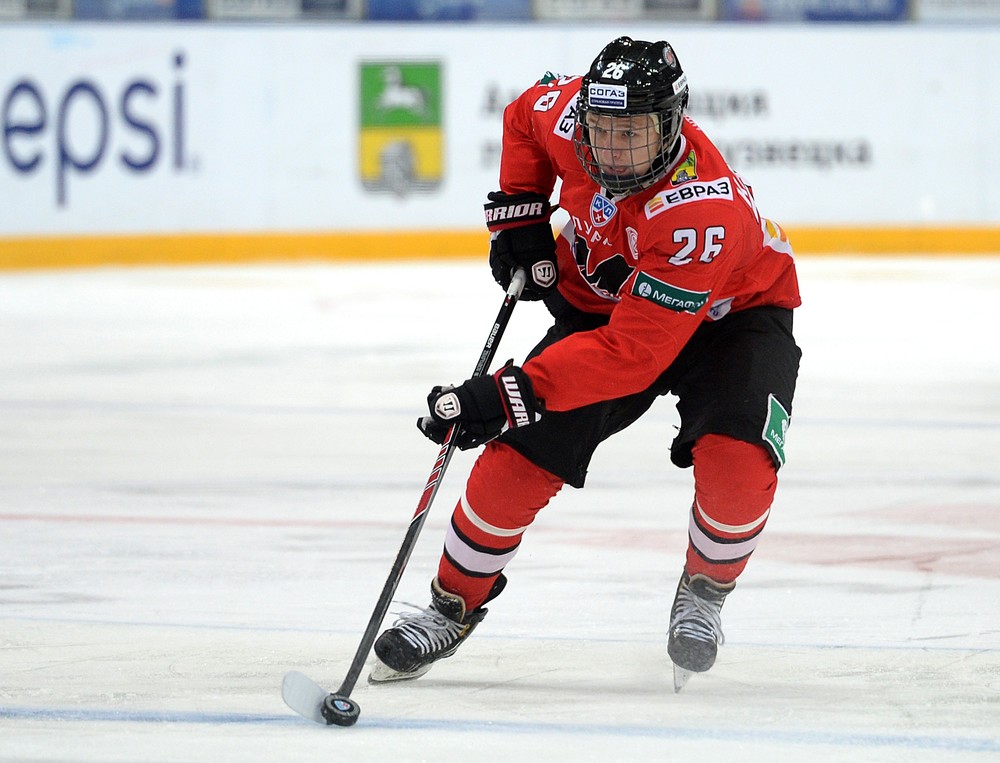 Becoming the King of Moscow

After the season in Ufa, Kaprizov settled down in Moscow. However, things weren’t easy at the start. Kirill was young, and Moscow is big. Especially in the first part of the 2017-18 campaign, his production went a little down as he was still getting used to his new city and reality. However, as the season went on, he soon started being a key player for CSKA. And not only – Kaprizov was instrumental for the Russians to triumph at the 2018 Olympic Games in South Korea. He dominated in the finals when he had three assists and the OT game-winner for Team Russia after a fantastic feed from Nikita Gusev. Kaprizov was excellent at the 2018 IIHF World Championship in Denmark, where he scored six goals in eight games. However, the Russians suffered from a disappointing quarterfinals exit against Team Canada.

CSKA, however, didn’t manage to defeat Ak Bars Kazan in the Gagarin Cup finals that year. Kaprizov was perhaps a bit tired after the Olympics and scored only two goals in 19 playoffs appearance. However, Kirill and CSKA had their revenge one year later, when he was instrumental helping the Red Army winning their first Gagarin Cup title in 2019 – Kirill contributed with 14 points in 19 games, including a timely goal in game four against Avangard.

This year, CSKA is primed for its second straight title, and Kaprizov is one of the brightest stars of the team. He recently posted a hat trick against Lokomotiv Yaroslavl – his fourth in his career – his best game in the season so far. “I can only thank my partners for their incredible passes,” he said after his hat trick. “I remember my last hat trick – it was against Slovan Bratislava. Of course, this is a significant event, something that makes you feel even stronger.”

Chances are good that this wasn't Kaprizov's last hat trick in the KHL – CSKA is among the teams with most goals and is trailing only Vityaz in the Tarasov Division. Kirill is ready to reach new heights, including with the national team. If he keeps playing this way, it's just a matter of time. 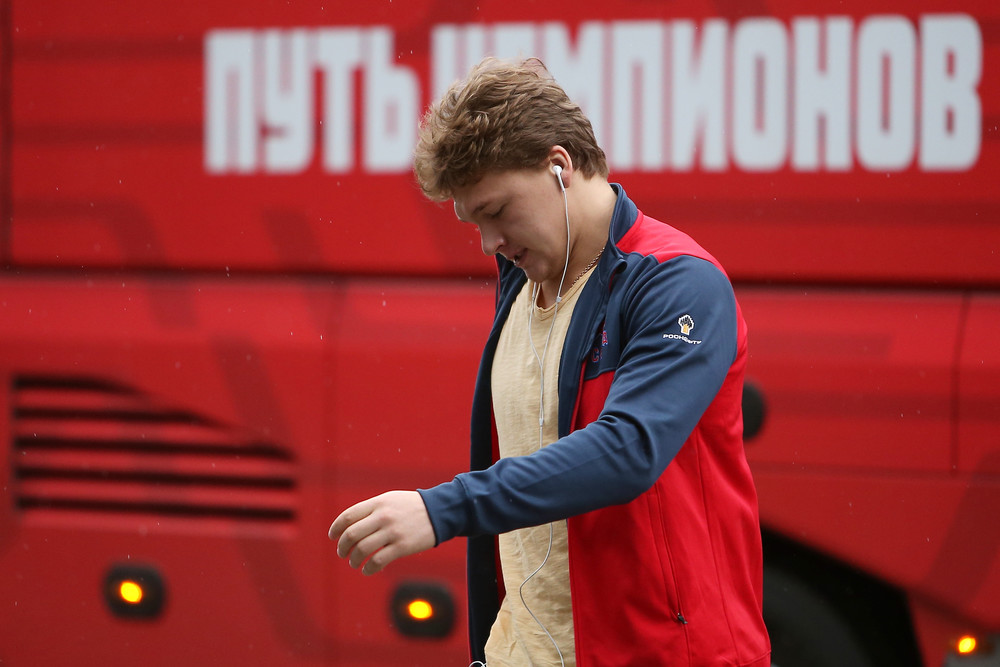