Pulkkinen: “Dinamo Minsk has no passengers”

The best forward of the 2019-20 regular season’s first week Teemu Pulkkinen talked with KHL.ru about his return to Minsk, his expectations for the new season, and the team’s staff.

Dinamo Minsk had a rocky start of the season, losing four of its first five matches. However, it’s hard to blame Teemu Pulkkinen of anything, considering that he is the top scorer of his team with 5 (4+1) points. In the recent game against Spartak Moscow, the Finnish forward scored on his sixth game in a row and beat the team's previous record, established by Rob Klinkhammer, who just recently signed with Avangard Omsk.

“If you aren’t ready at the hundred percent, you’re not going to win”

However, after such a start, Dinamo has improved and started showing better hockey. “It was an unusual start of the season for us,” Pulkkinen explains. “We played at home once, then we started a road trip. Our win over Spartak in Moscow was fundamental for us so that we could start feeling the taste of the victory. And now we want to gain as many points as possible in front of our home crowd.”

Teemu Pulkkinen was back in Minsk after playing in Belarus last year. However, he never played under Craig Woodcroft and Mikhail Grabovsky. “I missed most of the preseason,” admits the Finn, who was on a try-out with Lausanne HC in Switzerland before joining Dinamo for a second stint. “However, I see that we have a fantastic atmosphere in the locker room. Woodcroft is very demanding, but that’s what a good coach should be. Mikhail Grabovsky knows a lot of things about hockey, schemes, tactics… We have an excellent coaching staff, and they are building a solid team. Dinamo Minsk’s lineup features no minor leaguers.”

In the offseason, Dinamo underwent a complete facelift as the team signed a high number of new players with a significant turnover if compared to last season. Perhaps, that's the reason behind Minsk's hiccups at the start of the season. Pulkkinen agrees with this. “I think that it can be that we are still searching to find some chemistry. However, it's great to have so many young players on the team. They give a lot of energy to the locker room, and they are all talented players. To cut it short, we're moving in the right direction. I'm sure that if we keep playing like this, the results will come.”

Pulkkinen is at his second season in the KHL. He already lined up for Minsk last year, and this summer – as mentioned – he was on a tryout in Switzerland. Pulkkinen is ready for his new challenge: “I love playing here, it’s a true men’s league. There are so many flights, but it adds up interest. And most importantly – each game here counts. If you aren’t ready at the hundred percent, you’re not going to win.” 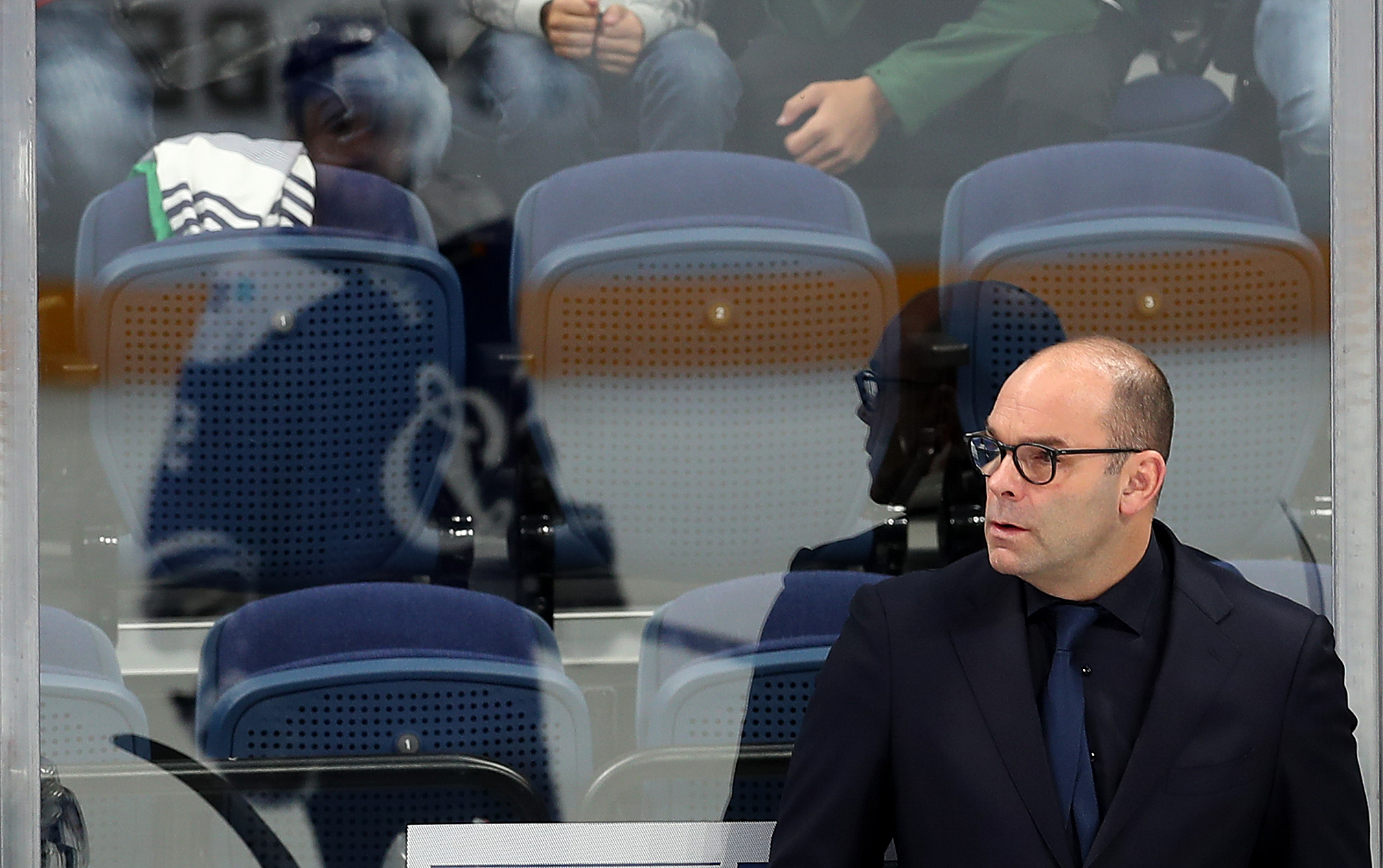 “You need to play that way the whole season, not just a week”

After the first week of the regular season, Pulkkinen was awarded best forward of the league with his four-goal performance. “Of course, it was pleasant to be awarded,” the Finn forward smiles. “It's great when the League recognizes your performance. However, you need to play that way the whole season, not just a week.”

Pulkkinen worked hard to achieve these results, and he is proud. “Different things contribute to my performance. Of course, the first thing is to work hard during the practices. Then you need some talent, something that you acquire from your birth. The main thing, however, is my will to be everywhere, to be useful for my team in any situation and enjoy the game.”

The 27-years-old forward played for Jokerit until the 2012-13 season. However, he doesn’t have that kind of feeling that some players have towards their ex clubs. “It’s always pleasant to play in front of the home crowd. But now I play in Minsk. Games against the Moscow clubs are crucial for us.”

Teemu Pulkkinen is now playing on a line with Igor Martynov, who recently clocked a pacey 39.6km/h against Dynamo Moscow as the League introduces new stats in its report. Martynov was also awarded in the regular season's first week as he topped all the KHL rookies with four helpers from four games. “Igor is a speedy player,” Pulkkinen confirms. “He plays with a high IQ and tries to be creative. It’s great that now he plays in the KHL and in our team, it will help him develop further.”

One of the Dinamo’s newly signed player is Shane Prince, who last year had exceptional performance against Minsk. “Yeah, I remember about it. I perfectly remember how he scored four goals on us during the Riga tournament. And now, he is playing for us. I’m sure that many other teams wanted to sign him as he will add power to our attack.”

Other than measuring the players’ speed, the new smart pucks and microchips in the players’ jerseys now also allow displaying the distance traveled. “I’m gonna pick Marc Andre Gragnani as the leader here since he plays more than everyone else.” The Finn almost guessed right, as Gragnani is rallying only Francis Pare, who traveled 26.6 km instead of Gragnani’s 25.6. “By principle, it’s not a surprise; Pare is a very hard-working player.”

Last year, Pulkkinen season was often disturbed by injuries. “I can confirm that I'm now 100% fit, I feel fantastic, and I watch in the future with optimism.”

One of the most chatted-about topics in the League was the shrinking of the ice pads that led the teams displaying three different sizes. “I don't feel like it's a problem,” the Finnish man shrugs his shoulders. “You can always get used to different things. Frankly, I like the smaller ice surface, the one you have in Sochi or at the Dynamo Moscow arena. This is where modern hockey is moving and where everything depends on a player’s style. Today, I can hardly imagine playing again on the bigger ice surface.” 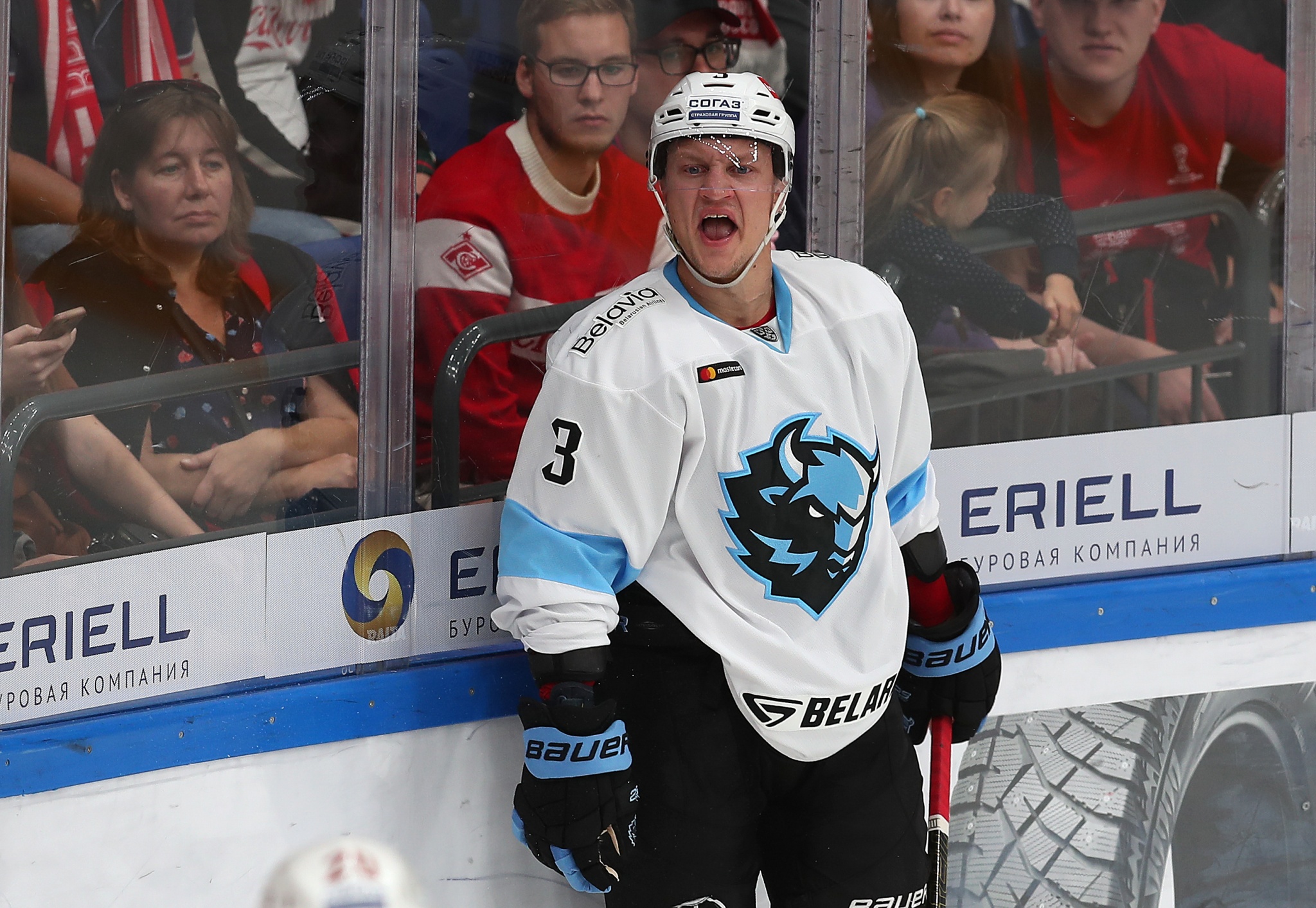