KHL legend Zinetula Bilyaletdinov was guest of honor in Kazan this week – and the three-time Gagarin Cup winner was presented with one of Russia’s top awards at the Tatneft Arena. In China, Kunlun Red Star celebrated its biggest ever crowds while Vadim Shipachyov got his 600th KHL point in his hometown.

Kunlun Red Star has been smashing attendance records since the start of the season and the weekend games against Traktor raised the bar even higher. After a regular season record of 6,200 against Barys, our Chinese franchise achieved a new all-time best of 7,716 for Saturday’s game at home to Traktor. That was better even than the 7,100 who saw Red Star’s win at home to Metallurg in the 2017 playoffs. But the record did not last long: Sunday’s rematch brought 8,115 to the Universiade Sports Complex in Shenzhen. And they saw a 2-1 victory for the home team to conclude a six-game stand in the southernmost city ever to host a pro hockey team. Sunday also saw Red Star’s women’s team, the KRS Vanke Rays, set a record attendance for a Russian Women’s Hockey League game when 3,432 fans saw them take on Biryusa Krasnoyarsk. The visitor won 2-0 to join the early leaders on the first weekend of WHL action.

Dynamo Moscow forward Vadim Shipachyov became only the third player in KHL history to reach 600 points. He got there with his fourth goal of the season to help the Blue-and-Whites claw back a 0-2 deficit at Severstal. It was a fitting place to reach the landmark: Cherepovets is the 32-year-old’s hometown and Severstal was his first club.  Shipachyov, whose NHL stint in 2017 brought just three games and one goal for Vegas, currently has 197 goals and 403 assists in his homeland. He won two Gagarin Cups during his time at SKA St. Petersburg. 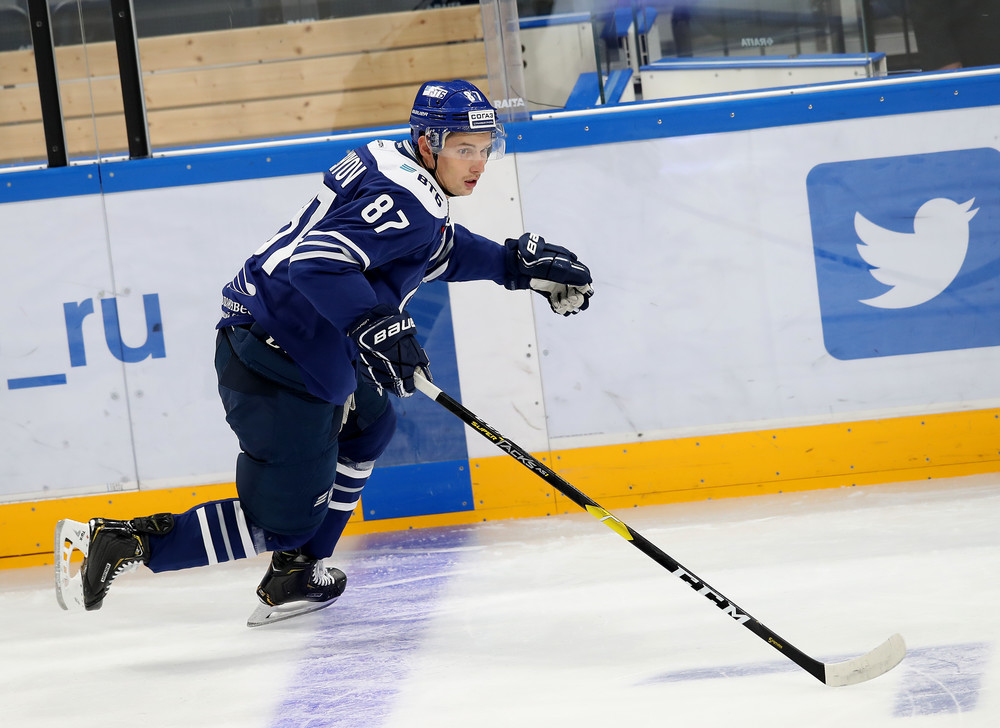 After two weeks of the season, only two teams have 100% records in the KHL. For Avtomobilist, it’s a cause for celebration: Andrei Martemyanov’s team is leading the way in the Eastern Conference after winning all six games so far. The bright start to the campaign in Yekaterinburg recalls what happened a year ago when the Motormen reeled off a league record 18 consecutive wins from the start of the campaign.

In Khabarovsk, though, it’s a very different story. Amur has lost all six of its games so far and picked up just one point after taking Traktor to overtime. There are some signs of encouragement, though: every loss has been by just one goal and that point against Traktor means the Tigers have already improved on Sibir’s record losing run from the start of last season. The Siberians suffered 12 successive regulation losses before getting off the mark. 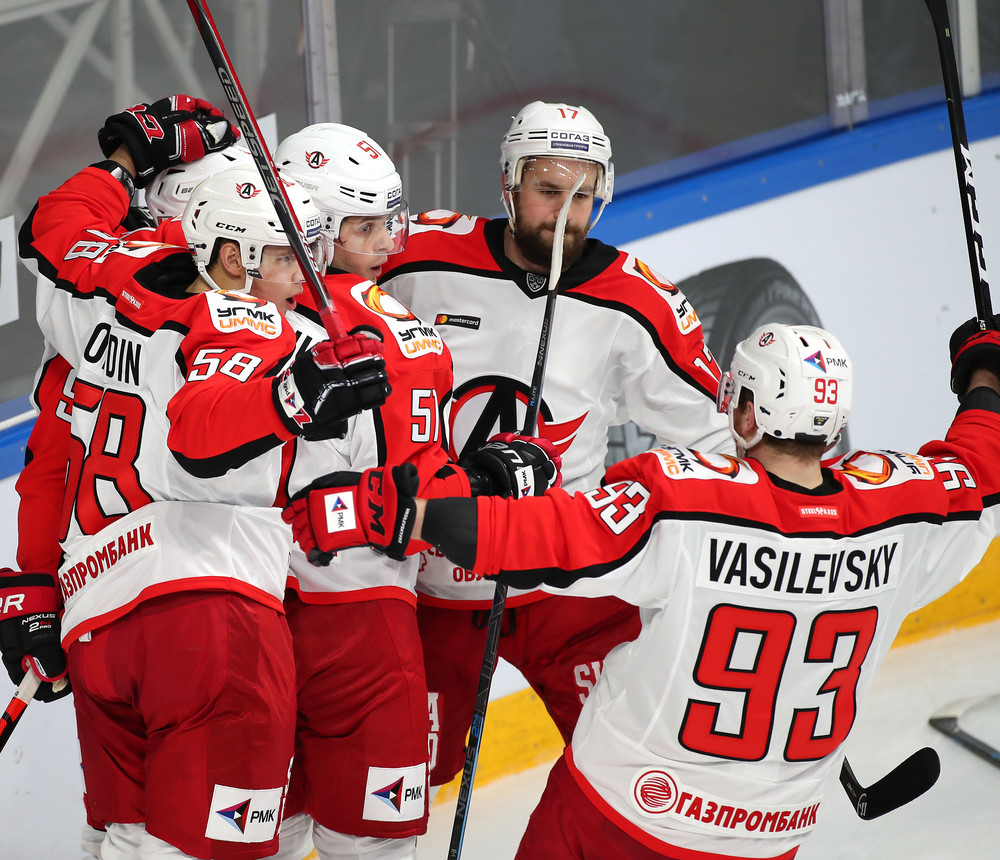 Zinetula Bilyaletdinov, a coach whose name is synonymous with the success of Ak Bars in the KHL, was back in Kazan this week to receive an order ‘For Merit to the Fatherland’. The award, often described as a Russian equivalent of a knighthood, commemorated his coaching triumphs as a three-time Gagarin Cup winner and World Champion. On receiving the honor in the build-up to Ak Bars’ game against Metallurg, Bilyaletdinov said: “This is a great opportunity for me to thank the fans for all the support I enjoyed during my years here. The award isn’t just for me, but for everyone who was a part of this team. I’d like to thank everyone who worked with me. I’m a fortunate coach, I was surrounded by great people who were always honest and true.” 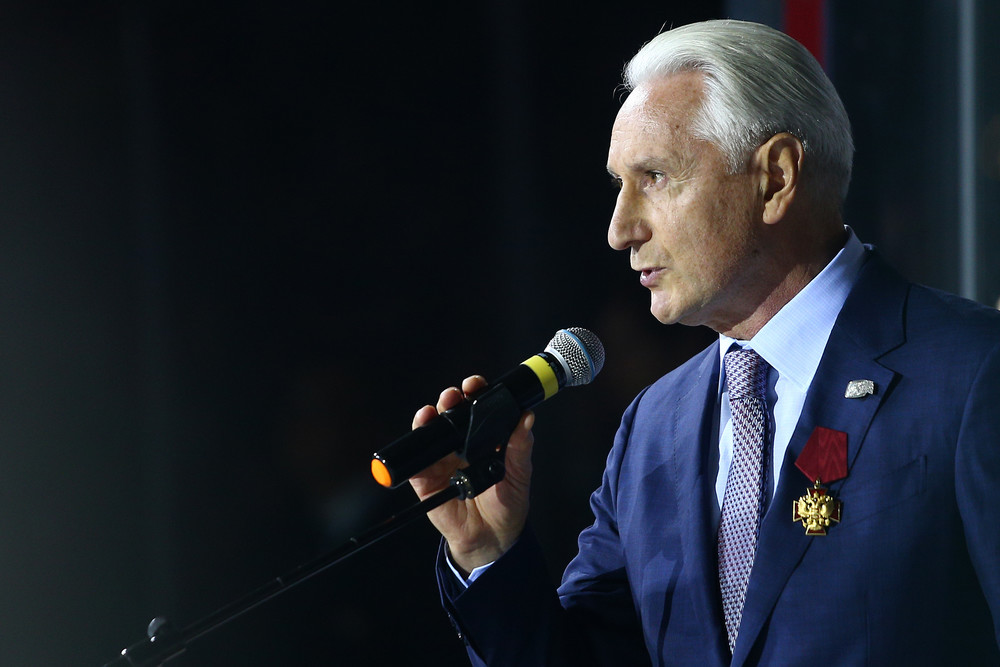 Back in February the KHL launched its first podcast – called ‘lyodcast’, from ‘lyod’, the Russian word for ice. It’s been such a success that an English-language version was released for the first time last week. Hosted by Sport Express hockey correspondent Igor Yeronko, the first edition featured Avangard coach Bob Hartley, Ak Bars forward Patrice Cormier and Avtomobilist’s summer signing Peter Holland. ‘Icecast’, as the English version is known, will appear once a week and can be download from Soundcloud and iTunes. 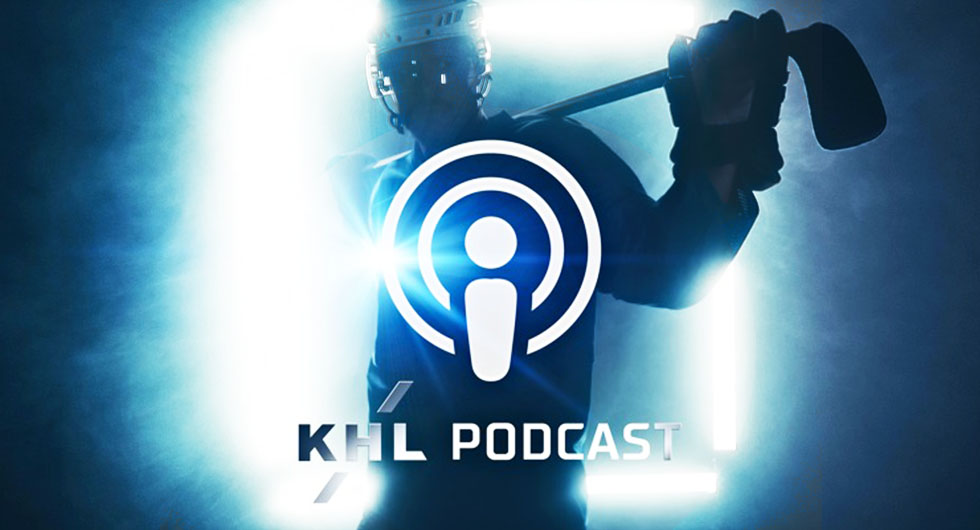 One of the KHL’s most exciting new features this season is the use of rapidly-updated real time information tracking the players’ actions all over the ice. Among the wealth of new stats, it’s possible to find the fastest skaters of each week. In week one, it was Dinamo Minsk’s Igor Martynov, who clocked a pacey 39.6km/h against Dynamo Moscow. The man himself, meanwhile, was taken by surprise. “Are you sure it’s not a mistake?” he joked. “I like to play fast and, most of all, I need to get back quickly and help the defense when we don’t have the puck. But I can’t hide the fact that I’m surprised by that speed.” 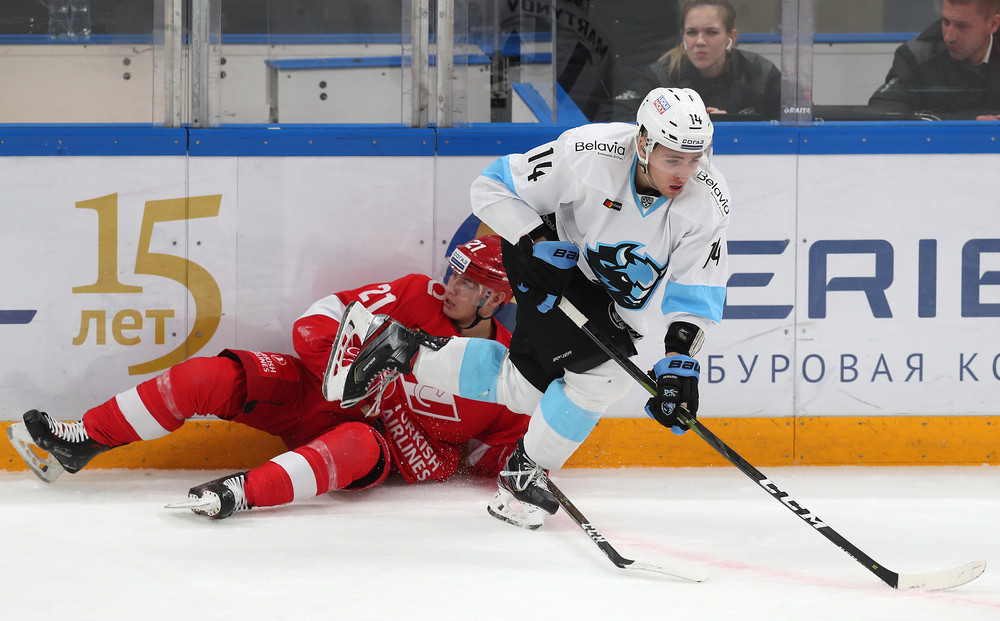