Corban Knight set himself the highest goals in the KHL

In this KHL.ru interview, the Barys’ newcomer talks about playing with Jagr and working under Bob Hartley, his will to become a team’s leader and learn Russian, his namesake from The Fifth Element, and much more.

The 29-years-old's task is probably much more manageable than what was asked to the charismatic Corban Dallas from The Fifth Element. However, it’s not less challenging: to replace players like Nigel Dawes and Brandon Bochenski. The Kazakh club’s first match didn’t have a positive outcome as they lost 1-3 to Admiral Vladivostok, but Knight scored Barys’ lone goal.

“My childhood idol was Wayne Gretzky”

Corban Knight was born in the little town of High River, Alberta. “I’ve got a large family,” Knight says. “My parents and four siblings. My father didn't play hockey, but he is a big fan. He got my brother and me on skates since we were very young. We played hockey both at home and outside and watched a lot of games with our father. And one day, I understood that what I wanted was becoming a professional hockey player.”

Just as most of his generation, Knight had Wayne Gretzky as an idol when he was growing up. “I know that I won't be original if I call Wayne Gretzky my idol,” he admits. “He was still playing when I was young, I always tried to watch his games. He was an unbelievable player.”

Growing up in a small town, Knight’s path to a professional career was a bit odd. “I didn’t attend a special school for hockey players – you know there is no such thing in High River,” the forward explains. “I learned skating by myself, and my friends and I were always playing at a frozen pond on winters. We also played street hockey in summers. I started my professional career in the USA with the North Dakota University – by the way, Brandon Bochenski attended the same college. I played four years there, and we won the championship three times in a row.”

It’s not unusual for a Canadian player to go the NCAA route. “My parents wanted that I had a good education, not only that I grew as a player,” Knight recalls. “There’s a university league in Canada too, but in the USA it’s at a higher level. Choosing the North Dakota University was a no brainer for me.” 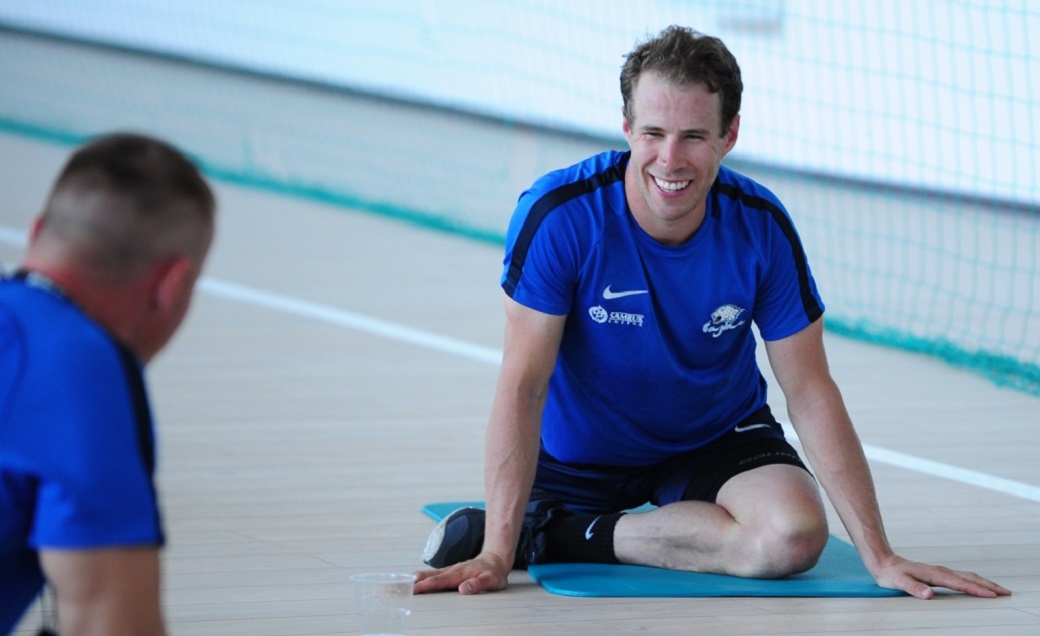 Knight played his first games in the NHL with the Calgary Flames, under today’s Avangard bench boss Bob Hartley. “It wasn’t easy to adapt from the NCAA hockey to the professional world,” Knight admits. “You’re stepping into a new world, and you never experienced so many things. Bob Hartley was a very demanding coach. We had to work three times harder and give much attention to the detail. Bob is a tight coach, but he works with every player; thus, I have learned a lot of different things while playing under him.”

The Canadian forward played his first NHL game on March 5, 2014. “I was just sitting there after an AHL game when the coach approached me and said that the next day, I had to play for the Calgary Flames,” Knight recalls. “So, that’s it. I played my first game at home, in Calgary, against the Ottawa Senators. My whole family came attending. We won 4-1, but I didn’t manage to score. However, the next week, I had my debut goal against the Anaheim Ducks.”

After playing for the Flames, Knight moved East to Florida, where he played with the Czech legend Jaromir Jagr. “It was a great season with fantastic teammates,” Corban explains. “In Canada, Jagr is a living legend, like Gretzky. You know, sometimes, when I looked at him during the practices or in the locker room, I couldn’t believe that I was playing on the same team as such a legend. Moreover, I once scored a goal assisted by him. It was incredible. In spite of all his achievements, Jagr remained a humble player, amiable, and always ready to help or give advice. He is a world-class player, but he always practices as he had to fight for a spot in the lineup.” 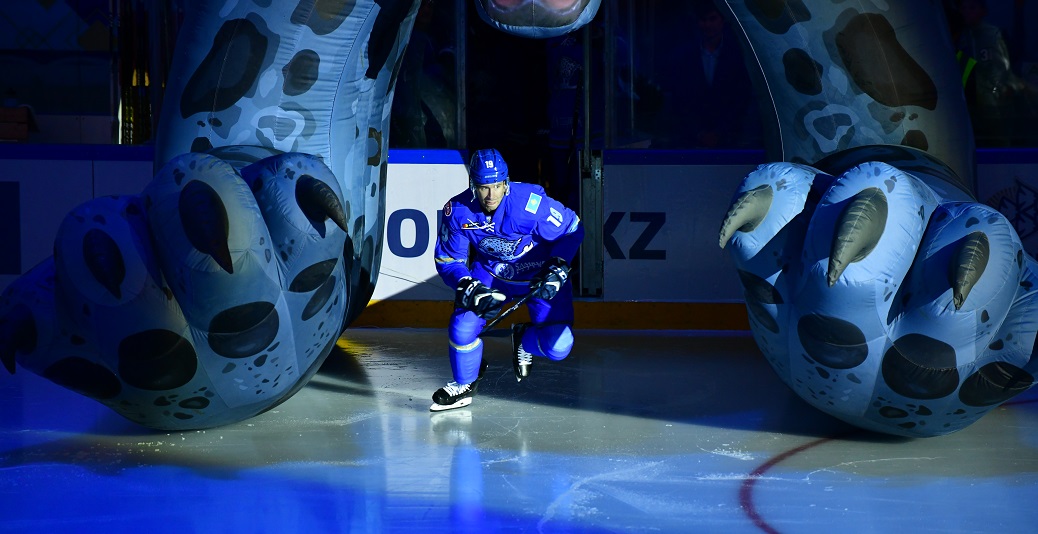 “Jesse Blacker told me to sign without even thinking about it”

After six seasons in the professional North American leagues, Knight decided to cross the Ocean and move to Europe. “The biggest factor in this move was my desire to have another role,” the Canadian explains. “During my career in North America, I mostly played a defensive role, I played a lot of penalty killing. I almost always played on checking lines. I also suffered from several injuries…it wasn't what I was expecting. I wanted to play more on the attack and that the coaches would count on me as a scorer. I hope to have such a role in the KHL, and that’s why I decided to move.”

Like most of the other international players, Knight had his homework done before signing in Kazakhstan. “I talked about the KHL with my friends,” he explains. “I had different friends who played there. I watched some highlights to understand how things are doing for them. I had a definite idea about the league. I talked with netminder Jeff Glass, who played for Barys. I also talked with my friend Matthew Frattin. They told me good things about the team, the city, and the league. Before this summer, I know little about Kazakhstan. Only that it was part of the USSR, and in the 90s it gained independence. Of course, I started studying more after I signed with Barys, watched photos. I liked it. I also heard that in winter it's cold in Russia and Kazakhstan, but I had a look at the weather, and it seems to me the same that there is at home.”

Other than Glass and Frattin, Knight is familiar with other Barys players. “I played with Jesse Blacker for the San Antonio Rampage. I also faced Iiro Pakarinen, when he was playing for the Edmonton Oilers. I knew about Dustin Boyd and played against Eric Tangradi when he was part of the Detroit Red Wings. It’s unbelievable to think that we are all on the same team now.”

However, the forward wasn’t familiar with Blacker’s tattoos. “The first thing that he told me when we met here was, ‘I got a new tattoo,’ – Knight laughs off. “We were good friends in San Antonio, and when he got to know from Frattin that I had an offer from Barys, he told me to sign without even thinking about it, as I won’t be disappointed.”

Knight had also his family to take in consideration, however. “My family was a bit shocked when I announced that I signed with Barys, as it is very far from home,” the forward explains. “But everyone understood and supported me. They perfectly understand that this is a great chance for my career as I was offered the kind of role that I wanted to have. Other than the most obvious things, moving to the KHL is a great chance to have a look at the world, visit a large country like Russia, visit China, and immerse me into different cultures. This winter, my father plans to fly to Kazakhstan, and I hope that my mother will join him. I’m not sure about my siblings, as they are busy with their jobs.” 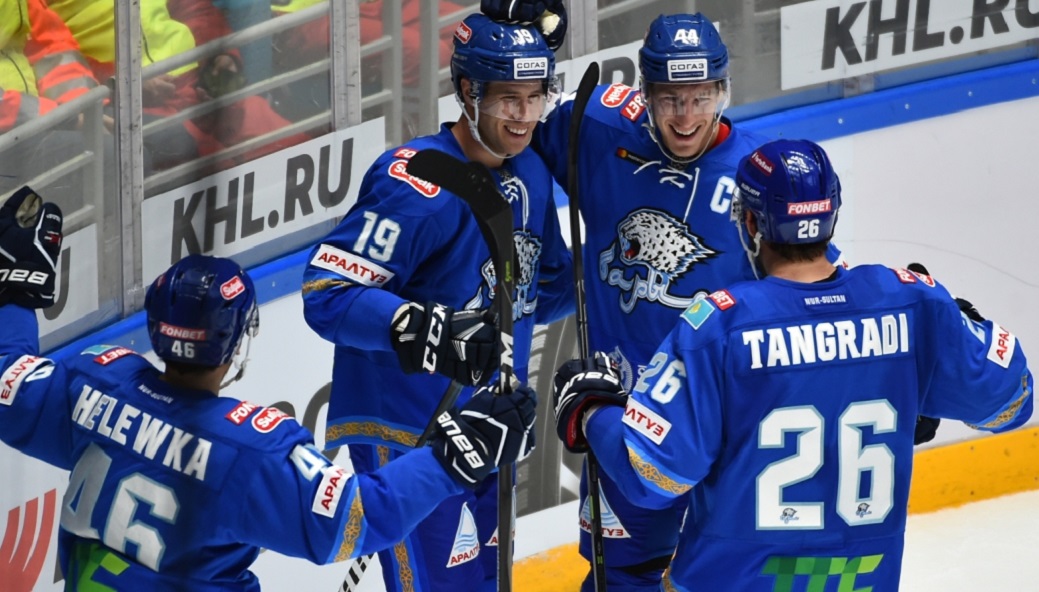 Now, Knight is in the Kazakh capital for more than two months and is starting to adapt to the new culture. “I tried the Kazakh cuisine,” says the forward, who had a strong start of the season, scoring four points in four games. “I tried the local famous horse meat, it was interesting. I am not used to it since in Canada they don’t sell it usually.”

Many players find differences any players find differences on ice and with the culture, but such a change doesn't seem to have had an impact on Knight. “Frankly, it isn’t much different over here, especially considering that Barys just switched to the small ice surface,” the forward confirms. “However, as far as I understood, we’ll have to face rinks of different dimensions in the KHL, and I’m not used to it. Of course, you’re going to find differences with any team, but I can say that here it’s similar to what it was in North America. It's great, and I didn't need to adapt my game. The main difference is that in the NHL the system is too dependent on strict roles, there is little room for improvisation, and you just have to play your role. Here there is more freedom, and I enjoy it because it’s better for us, the forwards.”

One of the most significant differences North American players face when they get to the KHL is the summer camps, and here Knight was no exception. “It was hard during the camp,” he explains. “However, long camps have their advantages. First, you get some good conditioning, which is going to help you in the whole season. Second, you have more time to acquaint with your new team. Professional sports always put a heavy load on your body before the season, I am not worried about it.”

After spending his whole career in North America, Knight is playing under his first Russian-speaking coach, Andrei Skabelka. However, he says that there are no language-related problems within the team. “The coach always makes sure that the foreign players understand the drills or the tasks during the game. His assistants or other players who are fluent in both languages are always willing to help. That’s why there are no problems with the language.”

Of course, within Barys he's got a great example with Darren Dietz, who speaks excellent Russian after playing two years in the league. “Russian is very different from English, but when you look at Darren, everything seems so easy. I will talk to him and probably ask his teacher's phone number. I already learned some hockey-related words, however, like "thank you," "stick," or "go!".

Getting away from hockey for a bit, with Knight’s first name – Corban – it’s impossible not to ask about Bruce Willis’ character in The Fifth Element. “Of course, people joke about it all the time,” the forward admits. “Everyone who meets me just remembers me about it. Moreover, if that’s not enough, there is the Islamic holiday called Kurban Ait – similar to my name and surname. I have heard that the fans joke a lot about it.”

The forward just turned 29 – this means that he is in his prime. And he is thrilled to be wearing the Barys jersey. He set for himself only the highest goals. “I’m in a region of the world that I have never seen before, in a new league, I want to know how it feels here, in another culture. But the most important thing is to reach new heights and winning the title – so far I won a cup only at the NCAA level.” 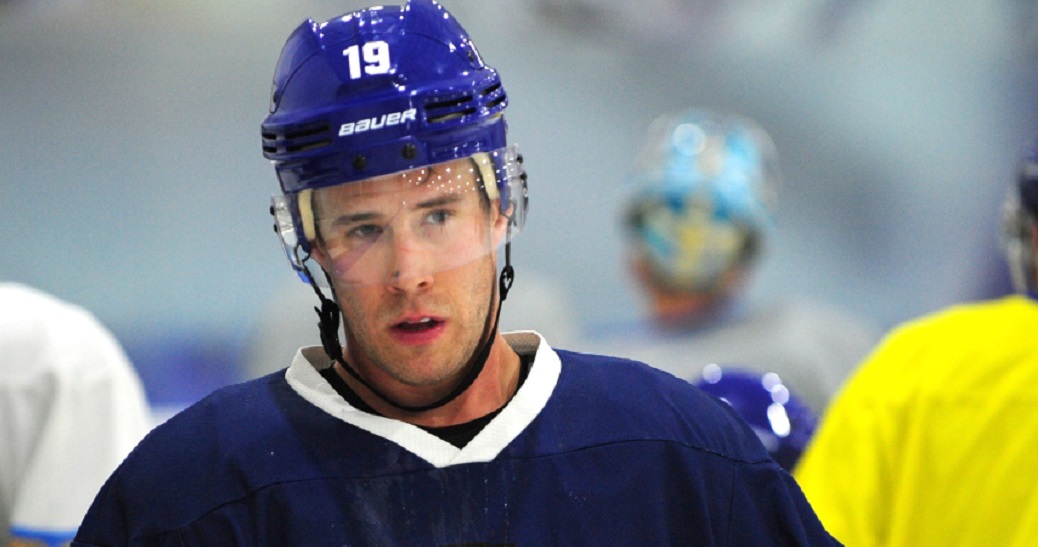