After becoming a more creative and balanced team, CSKA won their first, long-awaited Gagarin Cup. The reigning champions, led by Igor Nikitin, will start the upcoming season with only a few adjustments in the roster.

After losing the Gagarin Cup finals to Ak Bars Kazan, CSKA had to review its team concept. The lack of goals in the finals wasn’t only due to the conflict between Igor Nikitin and Sergei Shumakov, who as a result, moved to North America. The Red Army clearly lacked creativity upfront. Not surprisingly, in the 2018 offseason, CSKA mostly tried to sign quality forwards. From North America, Sergei Tolchinsky and Anton Slepyshev joined the team, and Linden Vey was called as a first-line center. Trading Kuzmenko to SKA for Kalinin raised some eyebrows, but this transaction didn’t prevent CSKA to have a record regular season, with 43 wins. During the season, Nikitin’s troops three times suffered from two losses in a row, but they never had a real crisis. 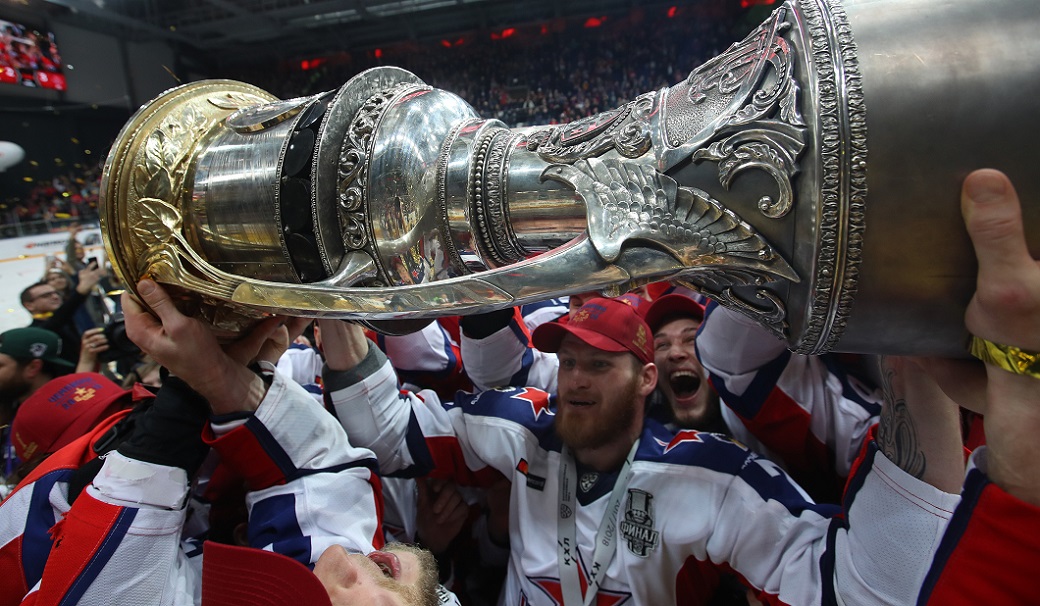 After a successful regular season, CSKA dominated in the playoffs too. They only had two regulation losses – both against SKA St. Petersburg in the conference finals. The Red Army barely realized that they were battling against Vityaz, Dynamo Moscow won only a single game, and in the finals, CSKA swept Avangard.

CSKA won its first Gagarin Cup in the League’s eleventh season and after dominating for five years. Losing twice in the finals made the Red Army only stronger. Moreover, they gathered a more balanced roster with less chaotic turnovers as it was in the previous seasons.

CSKA had a good time after winning the Gagarin Cup also because they finally managed to get a smile from Igor Nikitin. The head coach looked pleased in the locker room as he could finally remove that burden from his shoulders. Nikitin in 2019 wasn’t very different from Nikitin in 2009 when he had his first steps as a coach with Avangard. However, he gathered much more experience. 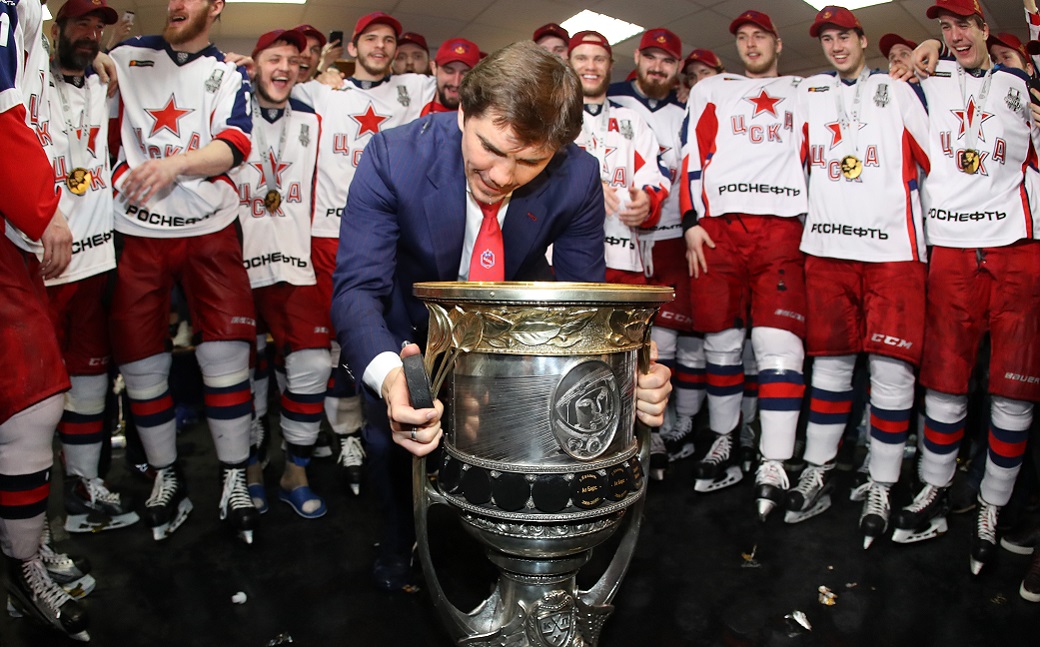 During his coaching career, Nikitin saw firings and losses in the final, and he finally won the trophy once he could focus on his club assignments. During the last offseason, Nikitin left the national team, which he joined under Zinetula Bilyaletdinov. Without the additional stress and working tied with the Russian national team, he could spend more time to correct CSKA’s game, making it more balanced and appealing.

If looking just by the numbers, it may seem that CSKA had significant losses. However, most of the players who left the team didn’t have a fixed spot in the lineup. Fyodor Belyakov, Andrei Yermakov, Igor Levitsky, Maxim Tretyak – all of them spent the season between CSKA and Zvezda in the VHL. They are all back in the KHL, but with different teams. Differently from them, Mikhail Pashnin was a full-time defenseman in Nikitin’s troops, but as Bogdan Kiselevich returned from North America, he was better off with another team. The Olympic gold medal winner, who was somewhat underrated in the NHL, won’t merely replace Pashnin in the lineup but will make CSKA’s defense stronger. 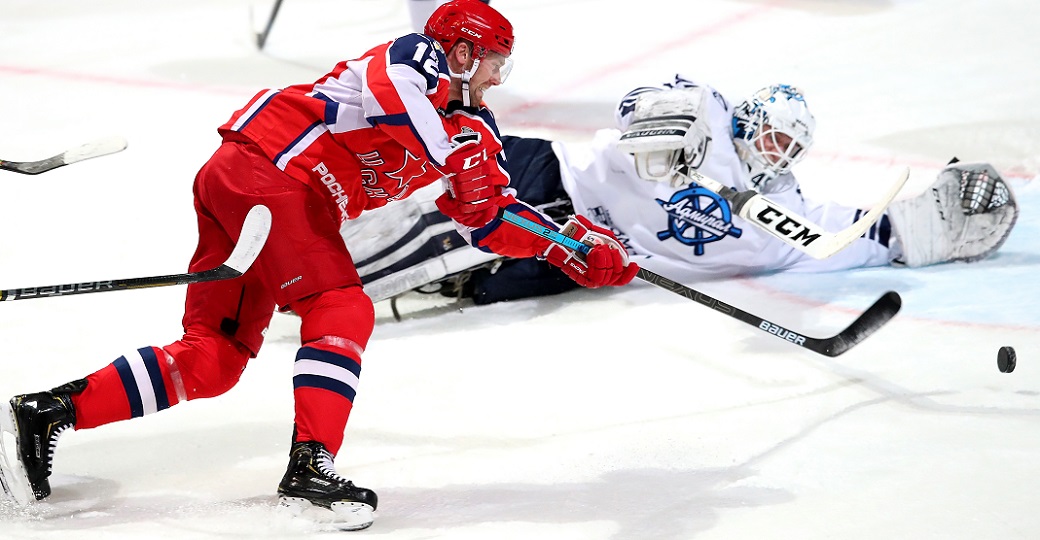 As you already realized, not only CSKA managed to keep its roster together but also had a couple of excellent acquisitions. Other than Bogdan Kiselevich, the Red Army also signed Jiri Sekac. In the offseason, the Czech forward wanted to move to the NHL, but in the end, signed in Moscow. How could Ak Bars part ways with such a talented forward, who in the preseason played in the first line with Linden Vey and Mikhail Grigorenko? However, Ak Bars’ bench boss Dmitry Kvartalnov was interested in working with Igor Ozhiganov, just returned home from North America. This is probably one of the few trades where both teams won as a result.

Most of the times, when a player loses his place in the first line, it’s a bad sign. And it looks like Kirill Kaprizov will start the upcoming season not even on the second line, but on the third – that was Igor Nikitin’s lineup in the preseason. However, as usual, everything needs to be put within the right context. 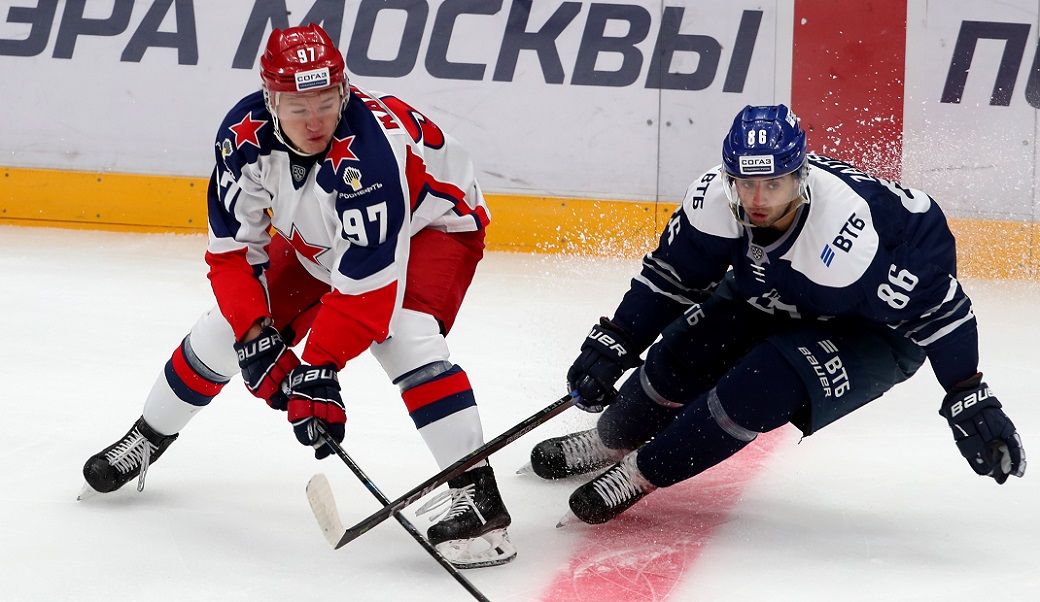 Despite his only 22 years, Kaprizov is already at his sixth season in the League. He won the Gagarin Cup title and the Olympic Games gold medal, other than skating at two IIHF World Championships. Kaprizov is one of those players who not only can play a significant role in any team’s first line, but he can decide the outcome of any match. If last year he was the KHL’s top goalscorer helped by Vey and Grigorenko, this year it will be his turn to help his partners becoming better players. Moreover, he is in his contract year, and this will only give Kaprizov further motivation.

Alexander Romanov’s potential emerged last year already. For some time, he was merely Zinetula Bilyaletdinov’s nephew, but a lot of things changed after the latest WJC. In Vancouver, Romanov played fantastic hockey at both ends of the ice.

Playing among his peers, Romanov stepped up and often took the game on his shoulders. He was awarded Best Defenseman honors, other than helping the team winning a bronze medal. In the upcoming season, Romanov will once again be considered as a development player, but now the expectations will be much higher. Maybe his dad can help him more as he left the Ak Bars’ bench in the last offseason. 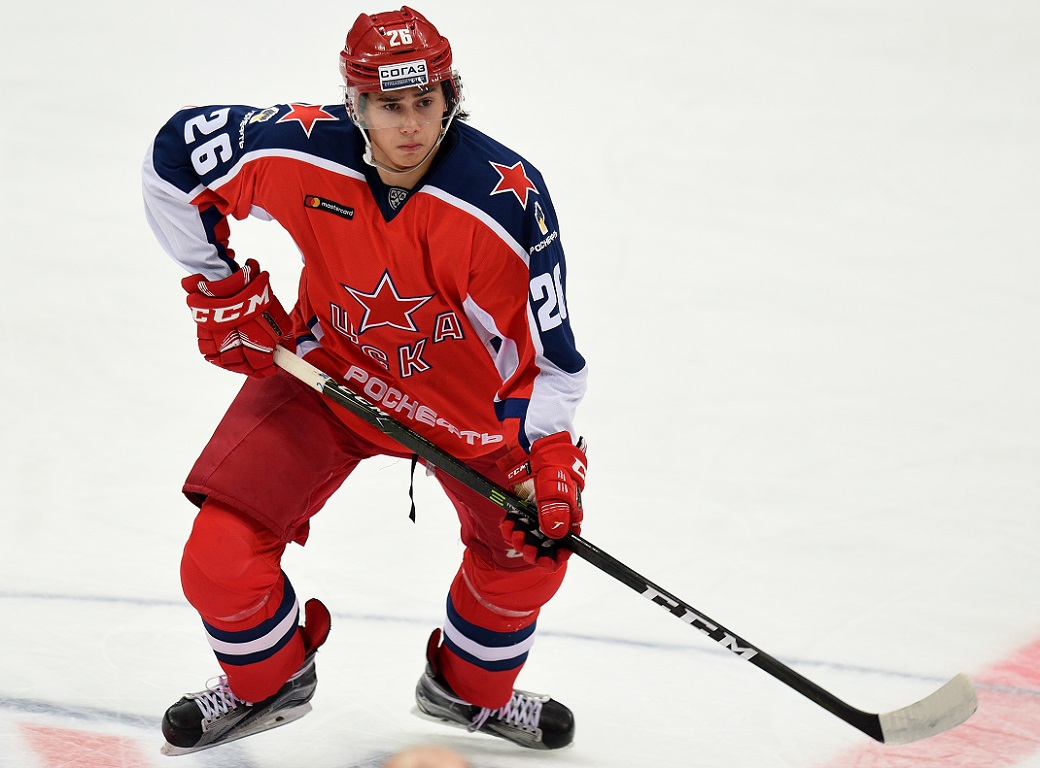 Everyone knows that winning back-to-back is very hard due to the pressure on both the players and the staff. A great example is Metallurg Magnitogorsk, who had to fire Ilya Vorobyov after leading the team to the Gagarin Cup title in 2016. The same fate was reserved to Andrei Nazarov, who was fired before the New Year after taking reigns in St. Petersburg with SKA as the reigning champions. Will CSKA be able to break the spell?

There is also another thing to be taken into consideration. The 19-20 season will be a contract year for most of the team’s leading players. This pertains to starting goalie Ilya Sorokin, defenseman Nikita Nesterov, and many forwards like Mikhail Grigorenko, Kirill Kaprizov, Maxim Shalunov, and Konstantin Okulov. If they manage to stay focused on the season, and Nikitin will be able to replicate last year’s tactical depth, CSKA may find itself on the top spot once again.