Rodion Amirov was one of the biggest surprises of the 2019 preseason. At the Kazakhstan President’s Cup, he scored two goals and the game-winning shootout against Neftekhimik. Amirov is one of the few players yet who were born in the 21th century. He has all it takes to start the upcoming season in the KHL.

Rodion Amirov was born in the town of Salavat, at some 100 miles from Ufa. “I skated for the first time when I was about five, my father and I used to skate at the local rink,” Amirov recalls. “I got into organized hockey one year later. I watched my first game live with my father in Ufa, I was amazed: a lot of light, noise, a huge arena and some great play there. It was incredibly cool.”

The Amirovs where then living in Ishimbay, just a couple of miles from Salavat. From one hand, it wasn’t much, but from the other hand, it meant getting up very early in the morning to attend practices. Rodion and his father had their breakfast in the car on their way to the school. When in Salavat appeared a multipurpose sporting complex, Rodion stopped limiting himself to hockey and started swimming, tennis, acrobatics, and even practiced with figure skaters.

“We had our first camp with the team Yurmata, Rodion went with his dad,” Amirov’s first coach – Ilya Golovanov – recalls. “I still remember his plastic skates, with the blades are moving apart. We had to start from scratch with him. However, you could see Rodion’s talent since the very first practice. He scored a goal in his very first game, against Metallurg Magnitogorsk. I was amazed by Rodion and his father’s work ethic. I also remember how his father teached Rodion to eat correctly. He paid attention to this aspect even during camps.”

Three years later, Rodion’s parents moved to Ufa, and Amirov started playing for Salavat Yulaev under Boris Timofeyev. Amirov quickly became an alternate captain for the team and started scoring at a fast pace in the Ural Division of the Russian Championship. At age 12, he scored 29 (16+13) points, followed by a 30 (14+16)-point effort one year later. He always scored a lot, and his production raised to 53 (24+29) points in only 30 games in his last year in kids’ hockey. Moreover, his success in hockey never interfered with his studying.

“Practices and away games made it complicated to get to school,” Amirov admits. “But when you’re doing what you love, it’s just a temporary problem. In any case, you need a ton of discipline in everything, be it playing hockey or studying. We, the players, need to always be ready to the fact that one day, for whatever reason, we can be done with hockey. I need to prepare for the future, to study and get a good education. I need to learn do something else than sport.” 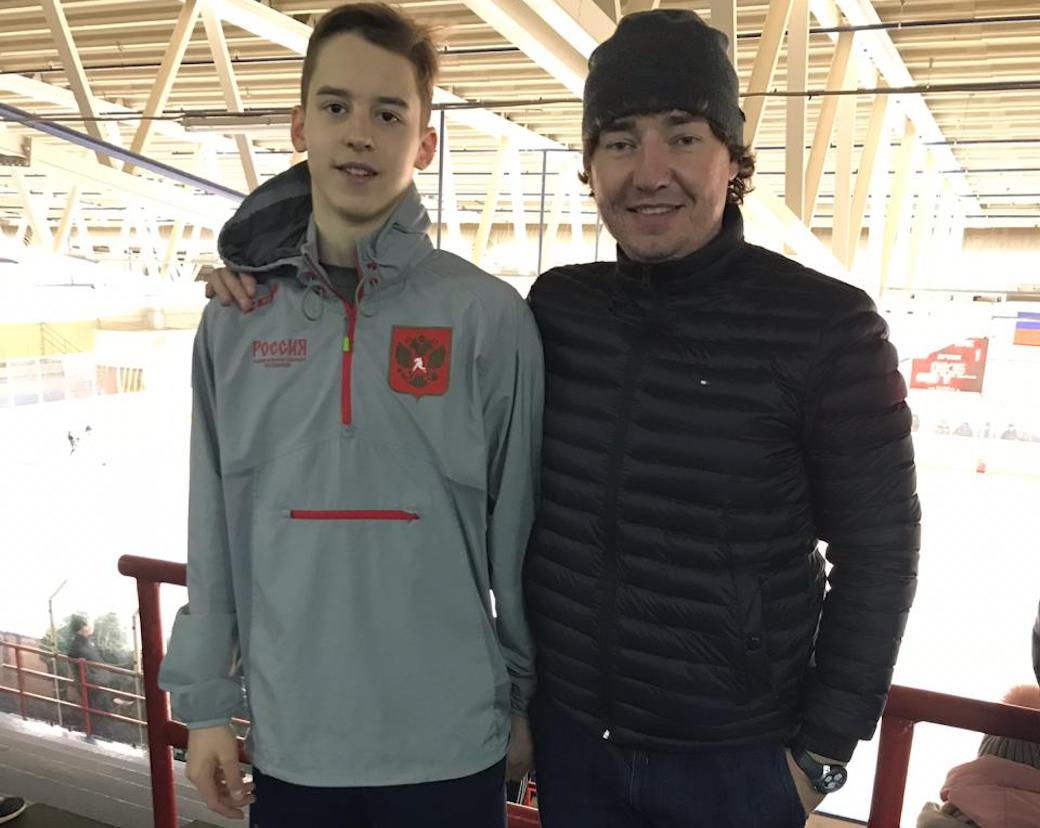 Rodion started playing in the JHL when he was just 16. He played his first regular-season game in October, but he needed to wait until February 14, 2018 for his first goal – against Altay Ust-Kamenogorsk. He added another one the next day in back-to-back encounters. Amirov played his first full season in the JHL in the 2018-19 campaign. Rodion posted excellent numbers, scoring 25 (13+12) points. He was the sixth top scorer among the team’s forwards, but it should be taken into consideration that most of his teammates played some 50 games, while Amirov only had 31. 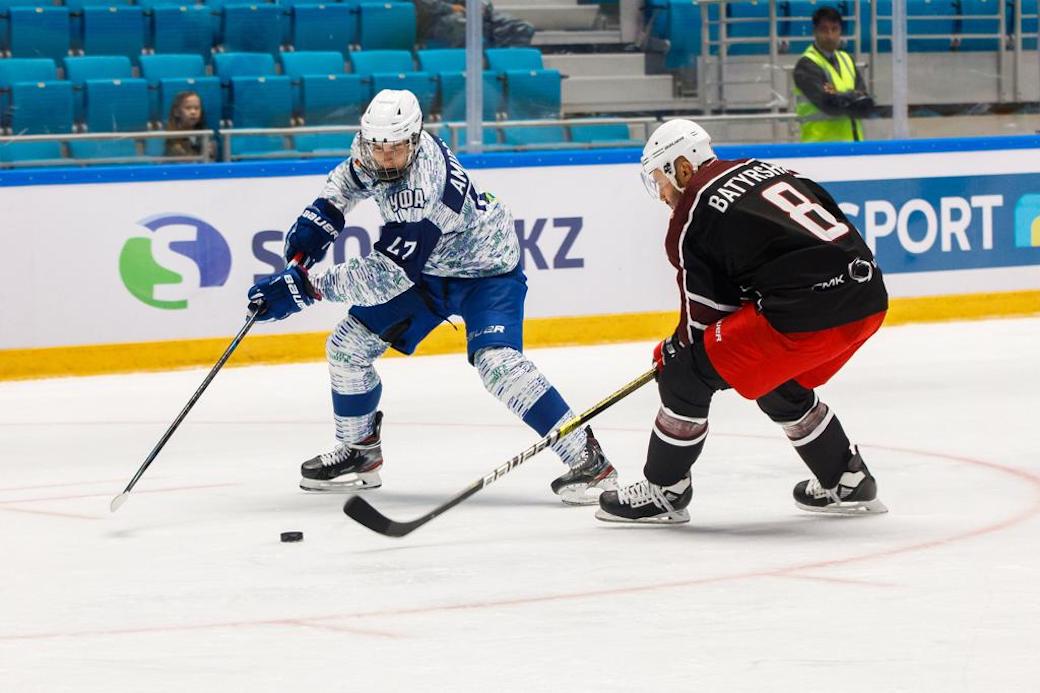 In that same season, Amirov started getting calls from the national team. Everything started with the Vladislav Tretyak international tournament, and Rodion represented Russia thirteen times that time around. The most memorable ones were at the U18 WJC in Sweden. The Russians started the tournament on a minor note, getting to the playoffs, but losing to Sweden and the USA.

“The mere fact that I was called to the national team is an event that I will remember my whole life. The U18 WJC is for now the highest point of my career,” Amirov says. “We fought for our teammates, for the team, for our country. After the round robin, we had a meeting in the locker room, and we talked a lot. That meeting was important for us and it panned out as we were more of a team in the playoffs.”

In the quarterfinals, the Russians had a good win over Team Belarus. In the semifinals, Team USA was awaiting the Russians after already defeating them in the round robin. After the team exchanged scoring chances, Amirov himself opened the score in the end of the second period. Right at the start of the final stanza, the Americans replied with two goals, but Team Russia managed to send the game to OT. The teams fought to get to the finals in SO, where Rodion scored the game-winning shot.

“I remember that game, I think that everyone involved will remember it forever,” Rodion admits. “It was one of the hardest and craziest games in my whole life. We battled with the best team in the tournament and won as a united team. In the finals, I think that the Sweden were a bit luckier than us. We played well, but it wasn’t enough.”

Rodion was the top scorer for the Russians with 9 (6+3) points and he made it to the post-tournament All-Stars.

“When you see your players reaching those heights, you feel nostalgic right away,” Ilya Golovanov says. “I started watching at our old photos, and so I remembered so many fun moments. For example, I remember that during a camp Rodion was constantly crying because he was missing his little sister. And that kid grown into a fantastic player with an incredible skating. It’s very pleasant to see that he doesn’t forget his roots. During the U18s we constantly wrote each other, and I supported him as much as I could.” 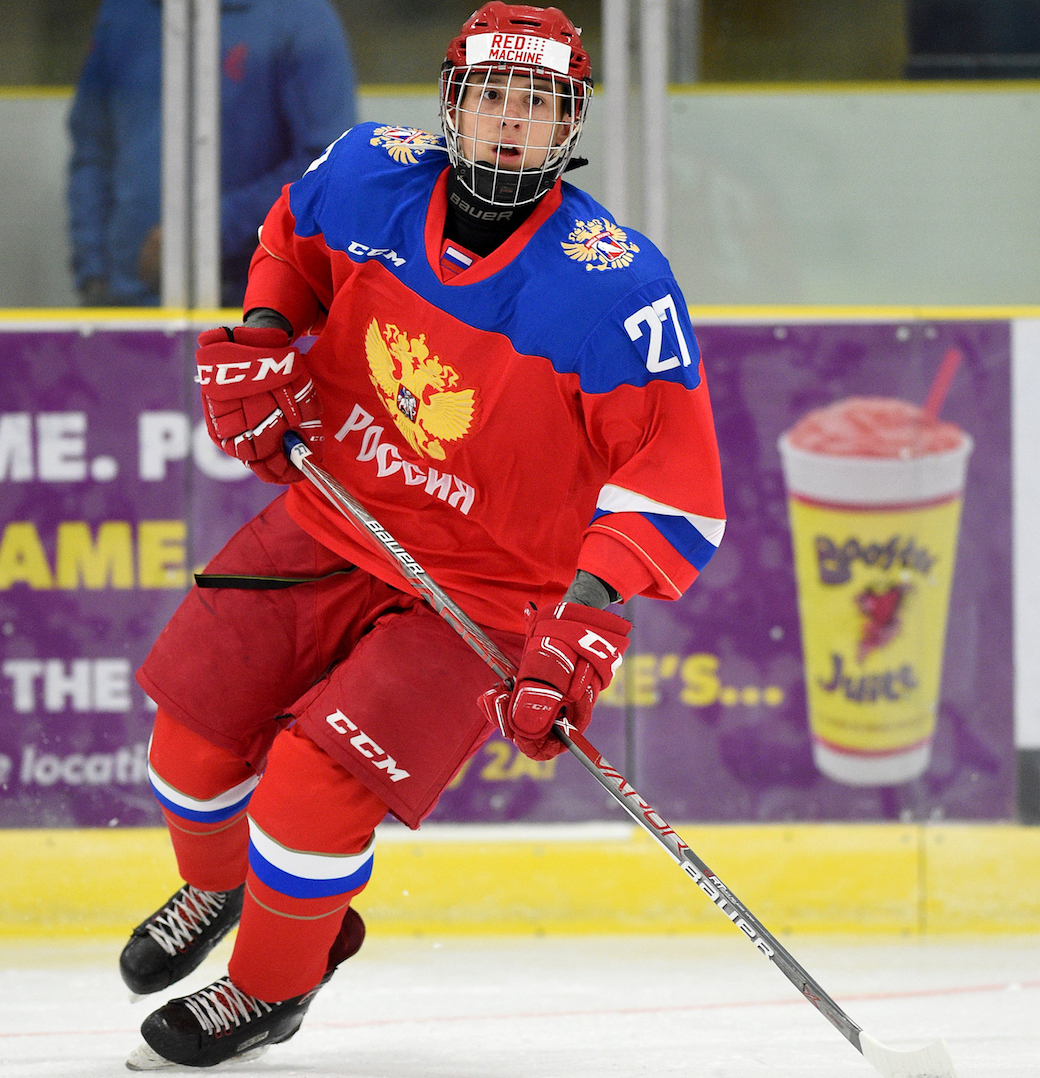 The results in the JHL and at the U18s confirm that Ufa got a new big talent in Amirov. Nikolay Tsulygin ans his staff decided to give him a chance this summer already and had him practicing with Salavat Yulaev in the preseason.

“I am grateful to the coaches for allowing me to practice with the senior team during the preseason,” Rodion says. “I knew only right before the tournament that I was going to fly with the team to the President of Kazakhstan’s Cup.”

In Nur-Sultan, Rodion played all four games with Salavat Yulaev, skating in different troikas. Against Avtomobilist – where he scored his first goal with the senior team – and Neftekhimik – where he had a goal and the game-winning shoot – he played with Vyacheslav Solodukhin and Vladislav Kartayev. Against the tournament’s host, Barys, Rodion played in the fourth line, with Ilya Baranov replacing Solodukhin.

“I understand very well that if you work hard, great things are awaiting you,” Rodion gauges his chances in the KHL. “Moreover, I am perfectly aware of the fact that I will have the best conditions to achieve them with Salavat Yulaev.” 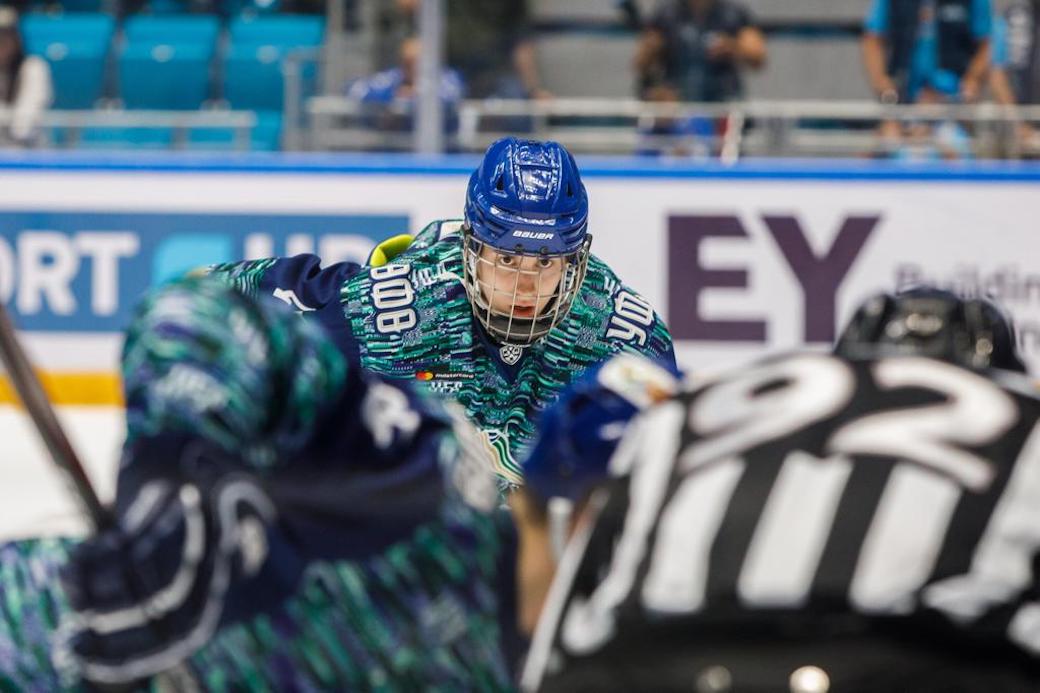