After losing to SKA twice in a row in the postseason, Lokomotiv decided to part ways with Dmitry Kvartalnov, replacing him with a Canadian bench boss. They, however, retained their stake on local players.

The appointment of Dmitry Kvartalnov gave Lokomotiv a good shake as the team had a step forward, but in the end, both the playoffs under his guide were a disappointment. However, the boss bench – who then moved on to sign with Kazan – didn’t forget about Lokomotiv’s primary weapon: its talent production. 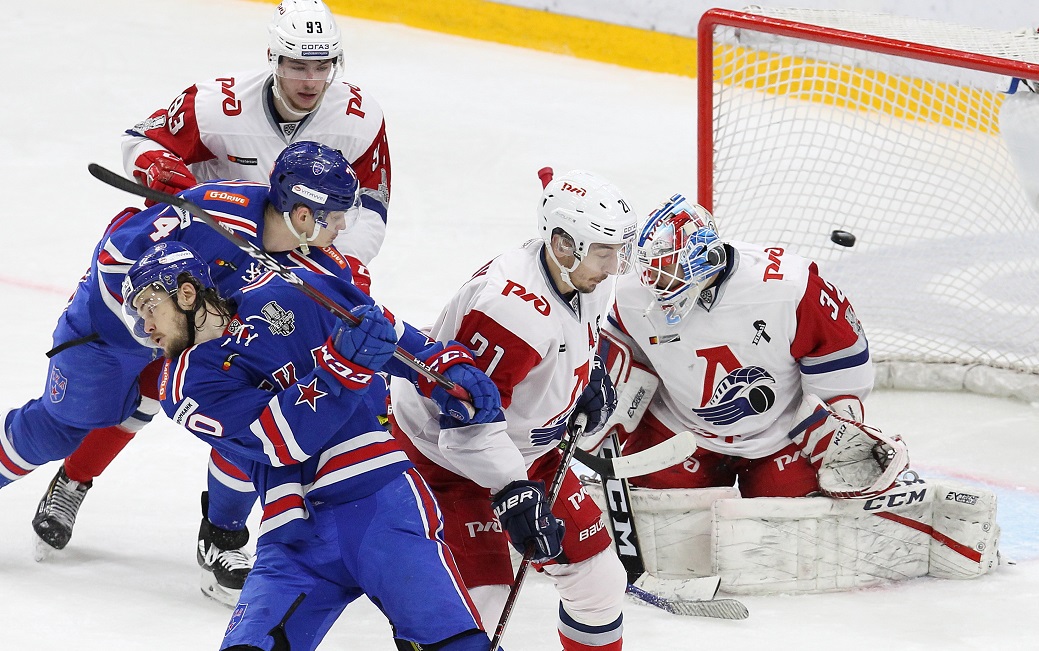 Kvartalnov found a full-time spot for Grigory Denisenko, Nikolai Kovalenko, Maxim Afanasyev, and Georgy Ivanov. Kirill Slepets had less exposure, but he played at the WJC. Kvartalnov wasn’t scared to put his stakes on Ilya Konovalov. Just as once he didn’t fear to play Ilya Sorokin between the piping even if CSKA could count on Viktor Fasth, in Yaroslavl the coach had Alexander Salak sitting on the bench for most of the season. During the series against SKA, Lokomotiv iced 18 local players. However, this approach didn’t save Kvartalnov’s job. In two years, the team couldn’t get past the playoffs’ second round.

Craig MacTavish is one of the three KHL coaches at their debut, and the only foreigner coach signed by a League’s team this year. Maybe Yury Yakovlev studied Avangard’s experience with Bob Hartley before replacing Kvartalnov with a Canadian coach. However, Yaroslavl has already seen a Canadian on the bench before, just think about Dave King. 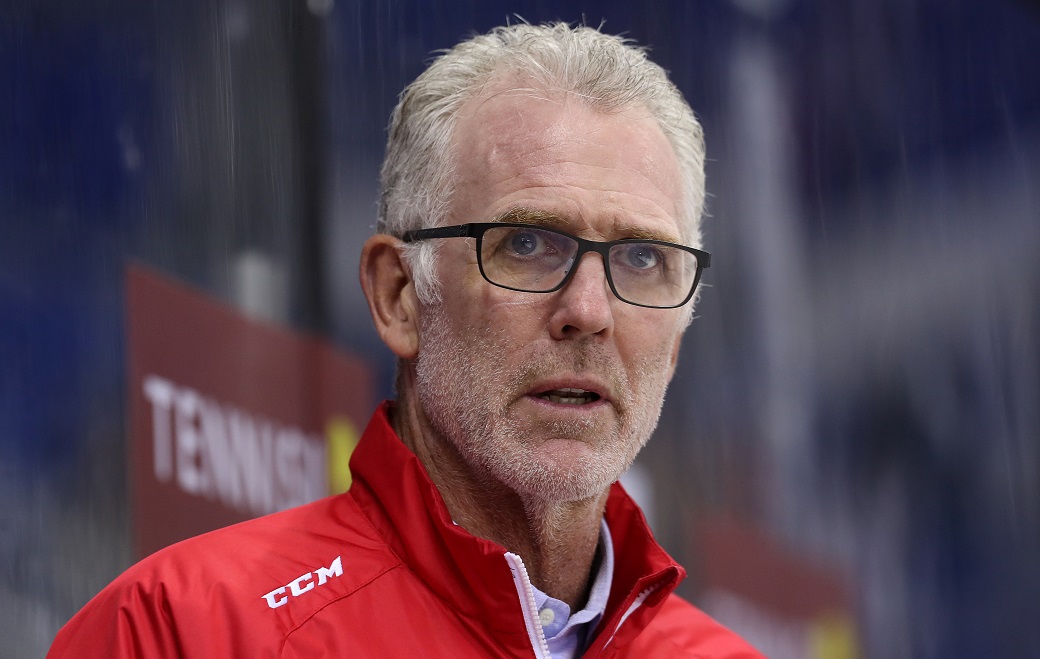 Lokomotiv will be McTavish’s first experience in Europe. Earlier, he got to the Old World only during the IIHF World Championships as both head and assistant coach for Team Canada. It will also be MacTavish’s first team since 2012. In the latest seven years, he had an executive position with the Edmonton Oilers. MacTavish’s career is inextricably tied with the Oilers. As a player, he won the Stanley Cup with the franchise, while in 2006 he reached the finals as the team’s head coach. MacTavish is now trying to follow the footsteps of Mike Keenan and Bob Hartley, but for now, he’s more famous for being the last player who ever played without a helmet.

Such a turnover rate isn’t unusual. However, it should be noted who are the players leaving the team. In the offseason, the Railwaymen lost their best two scorers in Andrei Loktionov and Brandon Kozun, their goalie Alexander Salak, and a top-six center in Petri Kontiola. At first, these losses can seem harsh to swallow, but only on paper. Brandon Kozun didn’t deliver when it mattered, Petri Kontiola isn’t getting any younger, and Alexander Salak lost to his younger colleague Ilya Konovalov the starting goalie role. All things considered, Anton Lander and Stephane Da Costa seem to be a huge step forward. Ty Rattie’s signing is very promising, also considering how he is used to working under MacTavish. It looks like the Railwaymen only failed to replace Andrei Loktionov. The forward had his best season so far last time around. 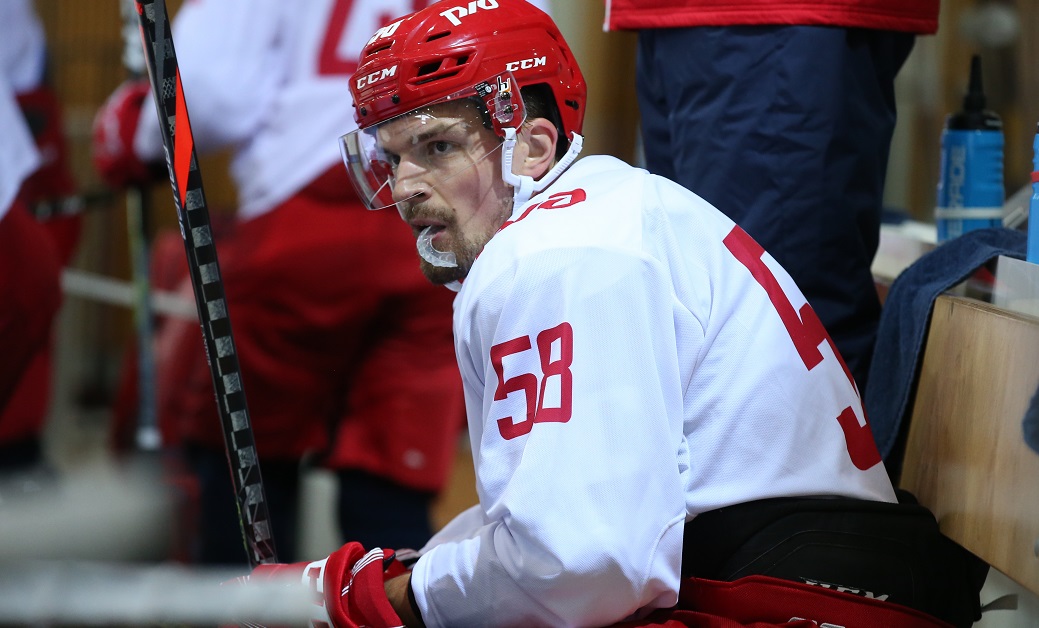 It’s possible to explain the departure of Alexander Kutuzov and Evgeny Korotkov considering that Kvartalnov left the team – he previously worked with these players at CSKA. They will be replaced by veterans Roman Savchenko and Alexander Svitov. However, Yaroslavl will have to resort to inner resources to replace Danil Yurtaikin, Alexander Yelesin, and Yegor Korshkov. From one hand, losing these players to the NHL weakened Lokomotiv’s lineup, but from the other hand, the Railwaymen will have a chance to find new gems within their system. Two of them can be returnees Alexander Polunin and Ivan Kozlov.

Strictly going with leadership abilities, probably Lokomotiv has players with more authority in the locker room. For example, Alexander Svitov, who captained Ak Bars for several years in a row. However, hardly the two-time Gagarin Cup champion will be a top scorer in Yaroslavl. Today’s Lokomotiv is a mix of promising youth and consummated international players. If players like Artur Kayumov or Denis Alexeyev will need another couple of years to become leaders for Lokomotiv, Stephane Da Costa and Anton Lander are called to deliver right now. 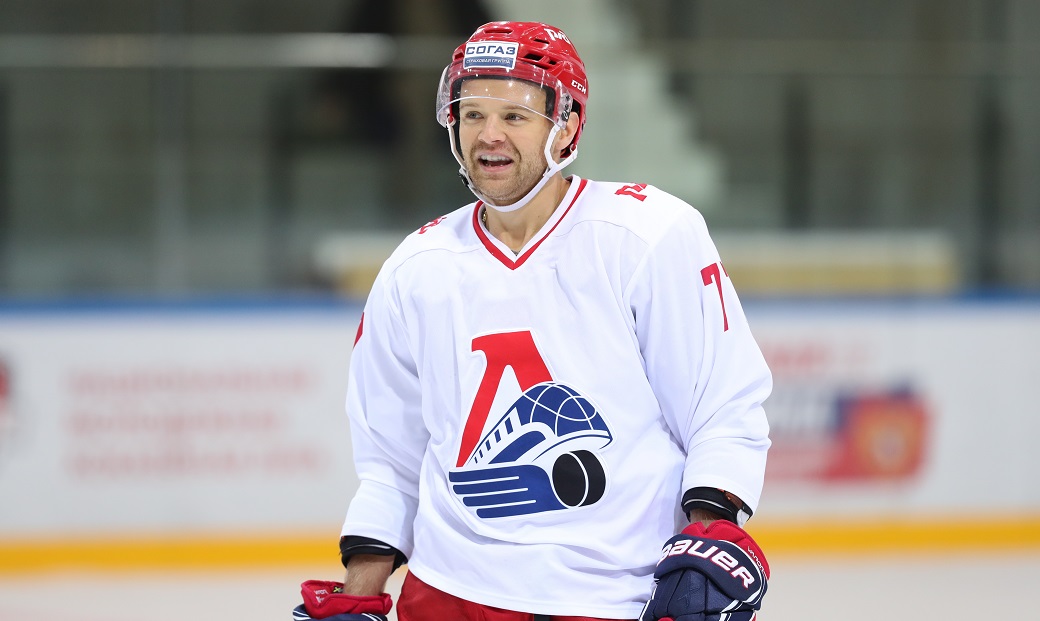 Da Costa and Lander – differently from Rattie – already know the League and have showcased their level multiple times. Da Costa, in spite of the numerous injuries, looks more talented and, not less importantly, more versatile. He can not only give a fantastic, yet unexpected pass, but also snipe the puck for a highlight-reel goal. Da Costa didn’t have a stellar playoff last year with Avtomobilist, but he was able to lead CSKA to the finals a few seasons ago.

Lokomotiv has enough prospects for at least two teams. Some of them were launched by Kvartalnov, some others by today’s Team Russia head coach Alexei Kudashov. There are no doubts that MacTavish will find new diamonds in the raw. For example, in the preseason, he wasn’t scared to play Pavel Kudryavtsev on the first line. A few of the younger players were assigned to Russia B at the Sochi Hockey Open, among them there was Grigory Denisenko. 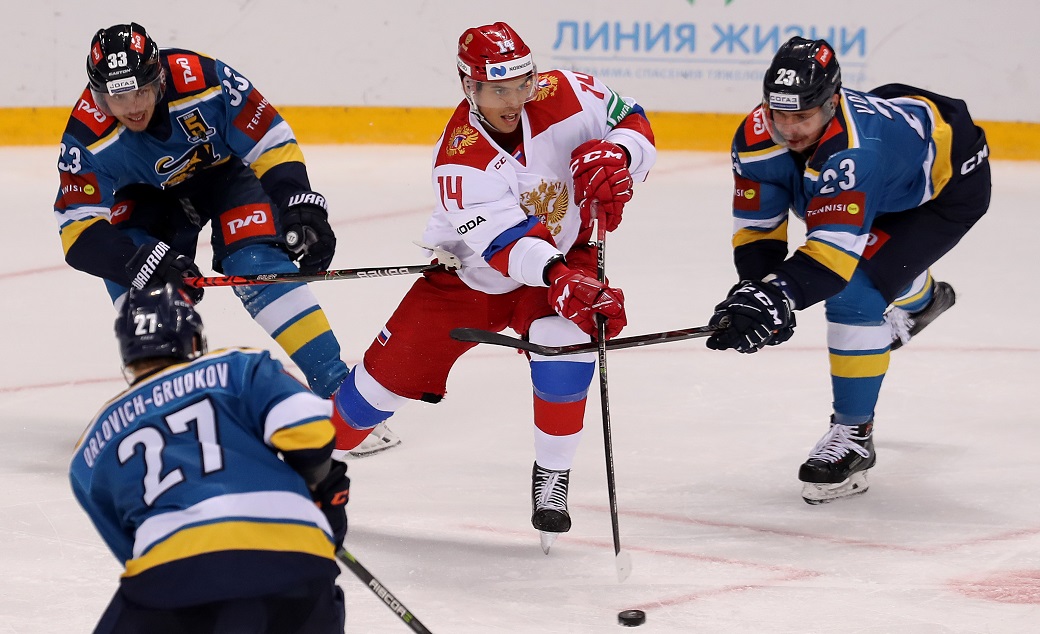 Denisenko started making a name for himself in 2018, when he was iced by Kvartalnov in the team’s first line during the playoffs against SKA St. Petersburg. Denisenko got the ball rolling, and after two months he had the NHL draft, and further six months later he flew to the WJC. Today, Denisenko is a two-time Kharlamov Cup champion, a Florida Panthers prospect, last year’s top scorer at the WJC and Valery Bragin’s biggest hope at the upcoming WJC in the Czech Republic. Maybe he’ll be called to the national team next year? At this point, Denisenko should take the KHL by the storm regularly, and not episodically like it was before. He has all the tools to start delivering.

Replacing Kvartalnov with MacTavish seems a revolutionary step at first, but Lokomotiv won’t change its approach. Yaroslavl always had an excellent school, and Kvartalnov always played a North American style. Much will depend on how the Lokomotiv younger players will fare in the postseason. If the foreigners will help the prospects, and Konovalov will be a real number one goalie, Lokomotiv will have a great chance to make a significant step forward. Even more so if considering that SKA is now in rebuilding mode and its roster isn’t the same as it was a couple of years ago.