After a dramatic first-round sweep, the former KHL reigning champion decided to part ways with several players, its captain, and even the head coach. Dmitry Kvartalnov, who successfully played in Kazan in the early 2000s, was entrusted of the rebuilding.

Following SKA's triumph in 2017, Ak Bars managed to bring the Gagarin Cup back to the East in 2018. However, the next season showed that things weren't working right since the beginning: in the very first game of the year, SKA hammered Ak Bars with six unanswered goals. That game perfectly showcased all the problems that the boss bench Zinetula Bilyaletdinov failed to fix during the season.

Not all the players managed to play at the same level of one year before – in particular, Stanislav Galiyev and Vladimir Tkachyov. Moreover, the team couldn't count on strong goaltending after Emil Garipov's injury. However, not even the most pessimist fan could imagine that Ak Bars would be the first team to go home after the first round of the Gagarin Cup playoffs. The future Gagarin Cup finalist from the Eastern Conference – Avangard Omsk – swept Kazan for a sensational first-round exit. 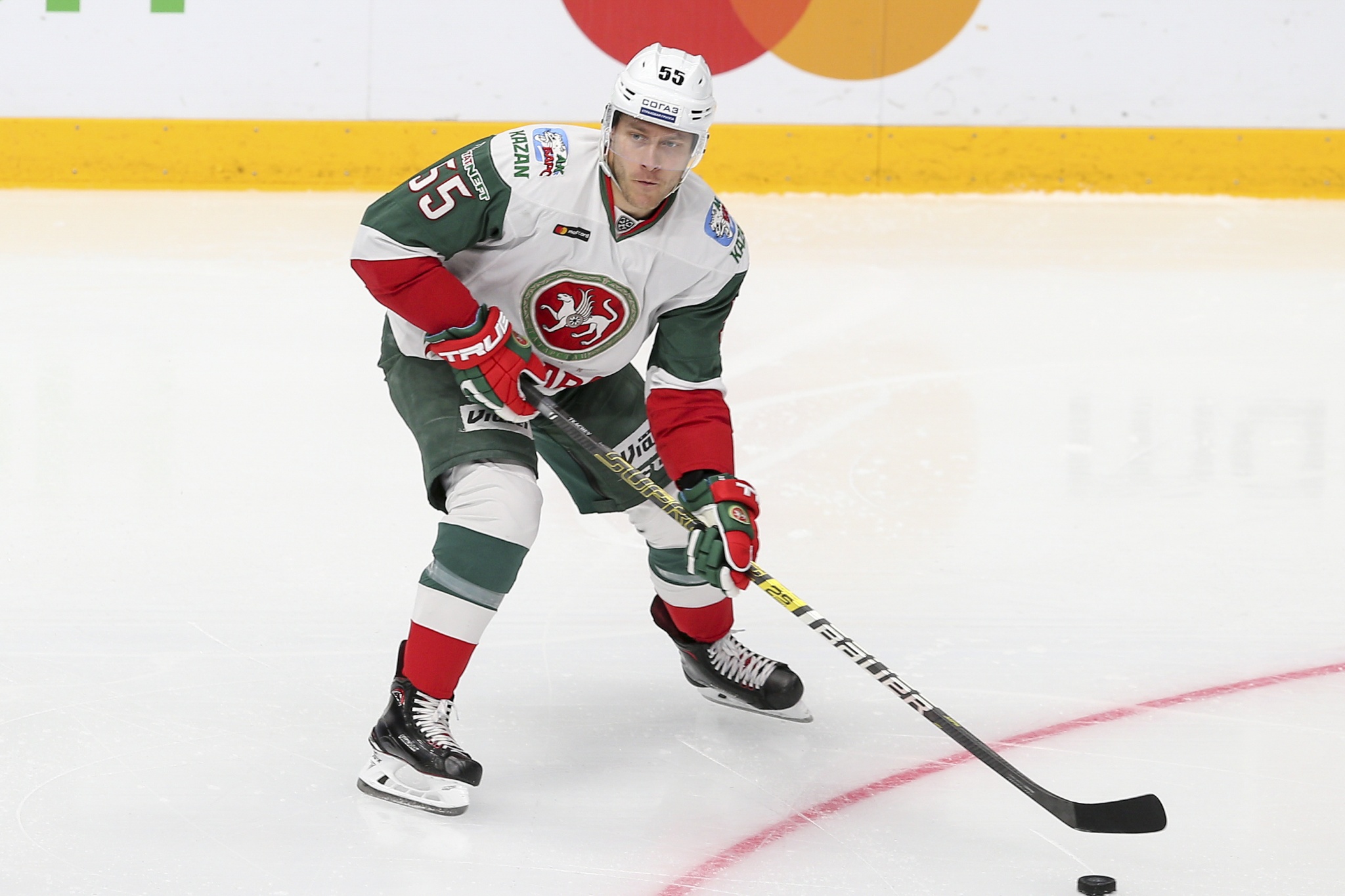 Zinetula Bilyaletdinov's work in Kazan can only be labeled as a whole era. Any coach who will work there will be compared to Bilyaletdinov. In these cases, choosing an heir is not only a practical matter but also a symbolic one. Dmitry Kvartalnov, who spent four stellar seasons in Kazan at the dawn of the new century, was the right man at the right moment for Ak Bars. Many fans of the Green Jerseys remember the powerful troika of Kvartalnov, Datsyuk, and Zolotov. Kvartalnov even managed to play alongside a very young Danis Zaripov, who is now a legend for Ak Bars.

Regarding Kvartalnov as a coach, it is expected that the team will play with a more aggressive approach, and with a stronger accent on younger players. When training CSKA, the coach wasn't scared to put a young Ilya Sorokin between the piping and promoted to the first squad Andrei Kuzmenko, Maxim Mamin, and many other young players. The coach kept on pushing his agenda in Yaroslavl as well, where his team was made up of an unmatched number of local players. That is the main difference between the two bench bosses, if we exclude, of course, their hardware collection. Kvartalnov was very close to the Gagarin Cup title with CSKA in 2016 but eventually lost to Metallurg Magnitogorsk, led by Ilya Vorobyov.

If considering Ak Bars' triumphal season, it's hard to underestimate the value of the international players. Moreover, not only the first line but also Rob Klinkhammer, who scored the cup-clinching goal against CSKA. However, things are always on the move, and this offseason the team changed almost all the foreigners. Kazan couldn't satisfy Anton Lander's financial requests, Jiri Sekac dreamed about moving to the NHL, but in the end moved to Moscow, and Rob Klinkhammer wasn't deemed good enough for an import spot after the last season. All things considered, the signing of Patrice Cormier and Matthew Frattin doesn't look like a step forward. The former Barys' duo never met significant achievements, and in Barys they played in different lines, even if Ak Bars signed them to play together. However, it should be noticed that Cormier is a power forward who incarnate Kvartalnov's hockey philosophy, while Frattin played very well in last year's playoffs.

After last year's disappointing campaign, Ak Bars decided to part ways not only with one of the most experienced coaches in the League but also with two veterans. After six years, the former captain Alexander Svitov left the team, and Igor Ozhiganov was signed to replace his youth idol, Andrei Markov. Kazan also signed off Avangard two players who contribute to their first-round exit of last year: Kirill Petrov and Mikhail Fisenko. However, the most intriguing situation should be the goaltending zone. After freeing Alexander Sharychenkov and Vladislav Podyapolsky, who both never played at the supposed level for a starting goalie, Kazan signed back Timur Bilyalov from Riga and won the battle to sign the best goalie of the Swedish league, Adam Reideborn. Moreover, he didn't get to Kazan alone, but with his fellow countrymate Mikael Wikstrand. Emil Garipov is still recovering from his old injury, and it looks like all three goalies have an even chance to become Kazan's go-to man in net.

When asked who could play in the NHL, Kazan's new defenseman Igor Ozhiganov named Justin Azevedo right away. According to the blueliner – who just signed back to Russia after a one-year stint with the Toronto Maple Leafs – the only thing of which Azevedo is lacking is the size. Even with his tiny body, it's hard to catch the Canadian forward off the guard. Moreover, he is gifted with a great technique and a high hockey QI. Last time around, he was Kazan's second scorer, trailing only to Jiri Sekac, but his importance for the team was second to none. Azevedo's worth is also recognizable because Ak Bars decided to change its whole foreign legion but him. This way, the boards count on him to help the rebuilding being as smooth as possible. Azevedo will be Kazan's "glue" between newly signed and existing players. 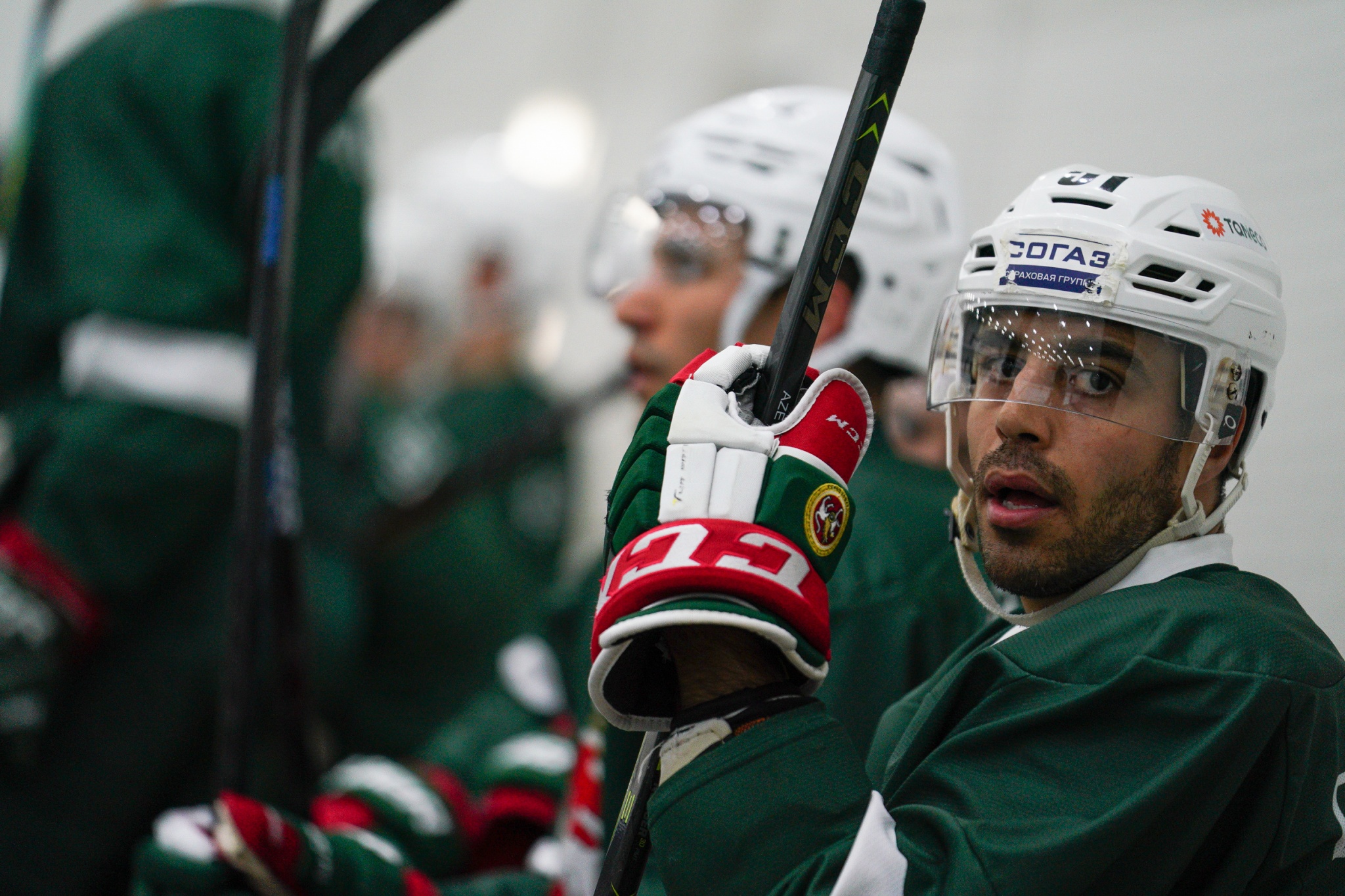 It is expected that Kvartalnov will give younger players more than a chance. Since the first few practices, the new bench boss gave Artyom Galimov a spot in the team. The young center won the bronze medal with Team Russia at the 2019 WJC in Canada. He played alongside with Daniil Zhuravlyov, who can get back for a second WJC next December in the Czech Republic. If Zhuravlyov plays the whole season with Ak Bars, he will be a powerful weapon for Valery Bragin's squad. Kvartalnov is already playing Zhuravlyov in the roster, forgiving his mistakes and rawness. The 19-years-old player is expected to take on the role of the team's development player. However, he has a chance to win the coach's trust even without the help of the rulebook.

Even if the first preseason results weren't that great, hardly Ak Bars Kazan won't be a contender next year. Its roster features many famed names, and Kvartalnov earned for himself a reputation of a capable coach who can build a team even without much time on his hands. However, many of the older players will need some time to adapt to a new head coach. Most likely, the team will lack some balance initially, but even if the start of the season will be slow, Kvartalnov's squad shouldn't have any problem to reach the playoffs.

Of course, a lot will depend on the new international players. On paper, the duo of Cormier and Frattin looks worse than Lander and Sekac, but what will it be on the rink? Russian players can also step up to the rescue. Vladimir Tkachyov may revitalize his career as he is potentially the team's most creative center after Lander's departure. But most exciting is the goaltending situation: if Kvartalnov can find the right balance between all the three goalies, Kazan will solve most of last year's problems. In any case, no matter the result, it will be very exciting to follow Ak Bars without Zinetula Bilyaletdinov. 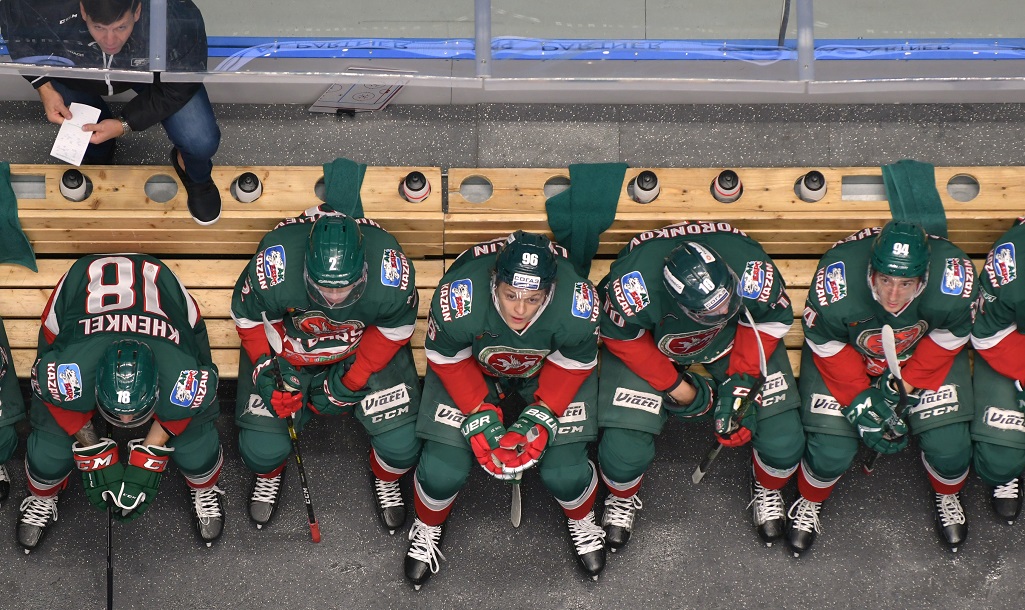