The Bashkir team is often a contender, and certainly enjoyed much help from its imports. Two of the featured players helped Salavat Yulaev winning the Gagarin Cup back in 2011.

So far, Juha Metsola played only one year in Ufa, but what year it was. Not only did he post incredible numbers, but he also backstopped the team to six-game conference finals against Avangard Omsk. If he was incredible in the regular season, he was even better in the playoffs. If Salavat Yulaev managed to get to the grand finals, he would undoubtedly have been the MVP. At the end of the season, Metsola was awarded Best Goalie honors and included in the League’s first all-star team. He also gained his second call to the KHL All-Star Game. Moving to Ufa after three years in Khabarovsk, the Finn netminder has signed a deal through the 2021-22 season with the Bashkir franchise. 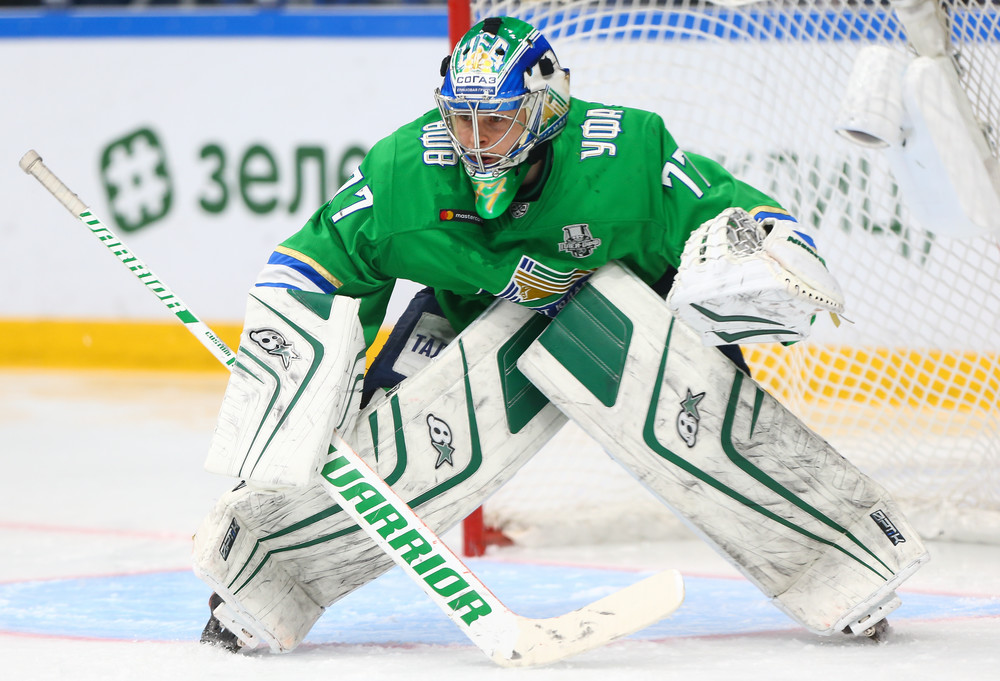 One of the heroes of the 2011 Gagarin Cup triumph, Miroslav Blatak signed in Ufa even before the KHL was established, winning the Russian Superleague title in his first year in Bashkiria. Blatak will go on having a fantastic career in the KHL, hitting his peak in the 2010-11 golden season, where he scored 29 (10+19) points in the regular season and helping in closing down the gates in the playoffs. Blatak was incredibly reliable for the Ufa team and still holds the team’s second performance in plus/minus with a total plus-71 – trailing only Alex Radulov. After six years in Ufa, Blatak played another three seasons in the KHL, with Avangard and Severstal, before a final year at home in the Czech Republic. In his highlights-filled career, he also won a full set of medals at the IIHF World Championships. 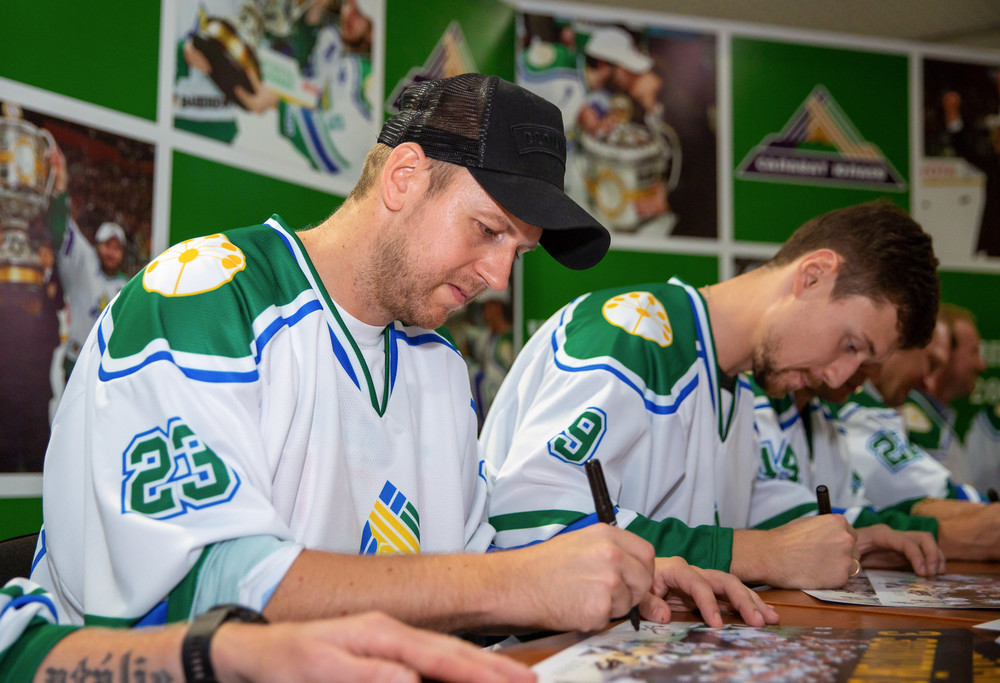 One of the best players ever in the KHL’s history, Patrick Thoresen is one of the few forwards who regularly traveled at a point-per-game pace in his career in the League. The Viking moved to the KHL in 2009, signing in Ufa after a year in Switzerland. He was unstoppable in both seasons, and the opposition teams were just terrified when he and Radulov hit the ice with the puck on their blades. In particular, their contribution was through the roof in the 2011 playoffs, when Salavat Yulaev won the Gagarin Cup. Both Radulov and Thoresen finished the postseason with 18 (3+15) points. In his both seasons in Ufa, Thoresen was called to the KHL All-Star Game. After taking the League by storm in Bashkiria, the Norwegian international signed in St. Petersburg, when he won another Gagarin Cup in 2015. Next year, Thoresen will line up for his native Storhamar in the Norwegian league. 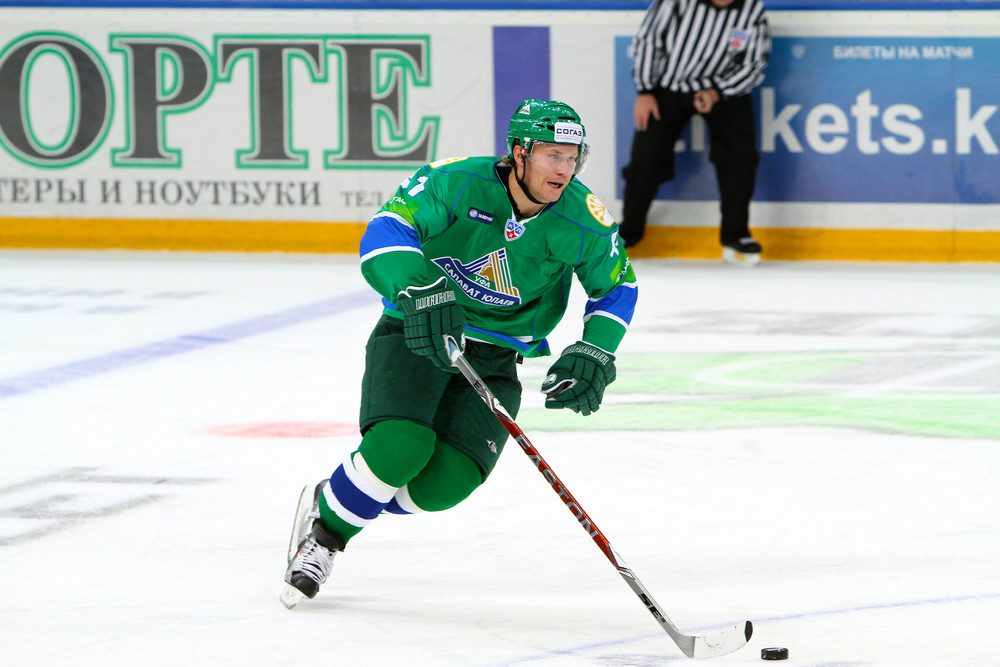 One of the longest-serving imports currently playing in the League, Teemu Hartikainen signed in Ufa back in 2013, after three seasons in North America. He became a key player right away, scoring at a high place and showing loyalty to the team. Moreover, in 2019 he beat Alex Radulov's record and became the all-time top goal scorer of the franchise with 95. He was also awarded first all-star team honors after 2018-19 successful campaign. No other player in the League scored more than him in the 2019 playoffs. Oddly enough, he rarely represented Finland in the international scene – only at the 2015 IIHF World Championship and at the 2018 Olympics in South Korea. Last February, Hartikainen inked a new one-year deal with Ufa valid through the 2019-20 season. 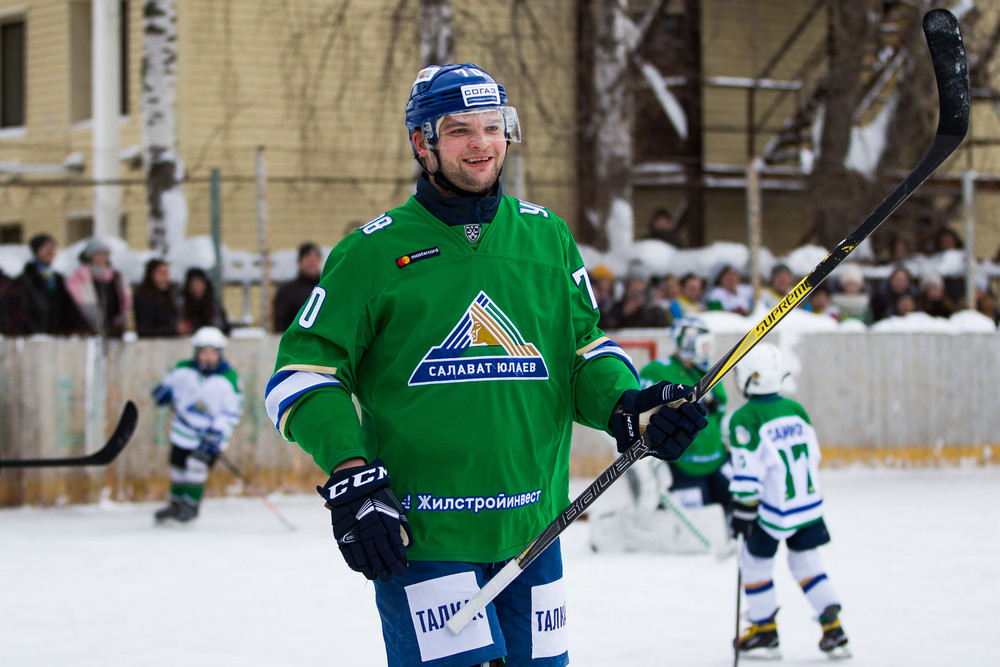 A consummate playmaker and an enormous offensive talent, Linus Omark first signed in the KHL with Dynamo Moscow back in 2009. After posting great numbers in Moscow, the Swede moved to North America. He was back in the KHL in 2014, when he signed a one-year deal with Salavat Yulaev Ufa. In the Bashkir capital, Omark showed great technique, poise, and level of play. He is just four assists shy from Alex Radulov for the title of the best passer in Ufa’s KHL history – chances are good that he will be the number one next year. A few players in the League can boast his eye for the pass – as proof, no other player comes even close to him for assists in the latest two playoffs. He accumulated 27 helpers, while the second-placed player – Hartikainen – has only 20. Next year, Linus will be back for another year in Ufa, where he will continue his hunt for his first Gagarin Cup title. The three-time KHL All-Star had also conquered an IIHF World Championship gold medal in 2017. He scored a whopping seven assists in four games at the 2018 Olympic Games, but Sweden failed to win medals. 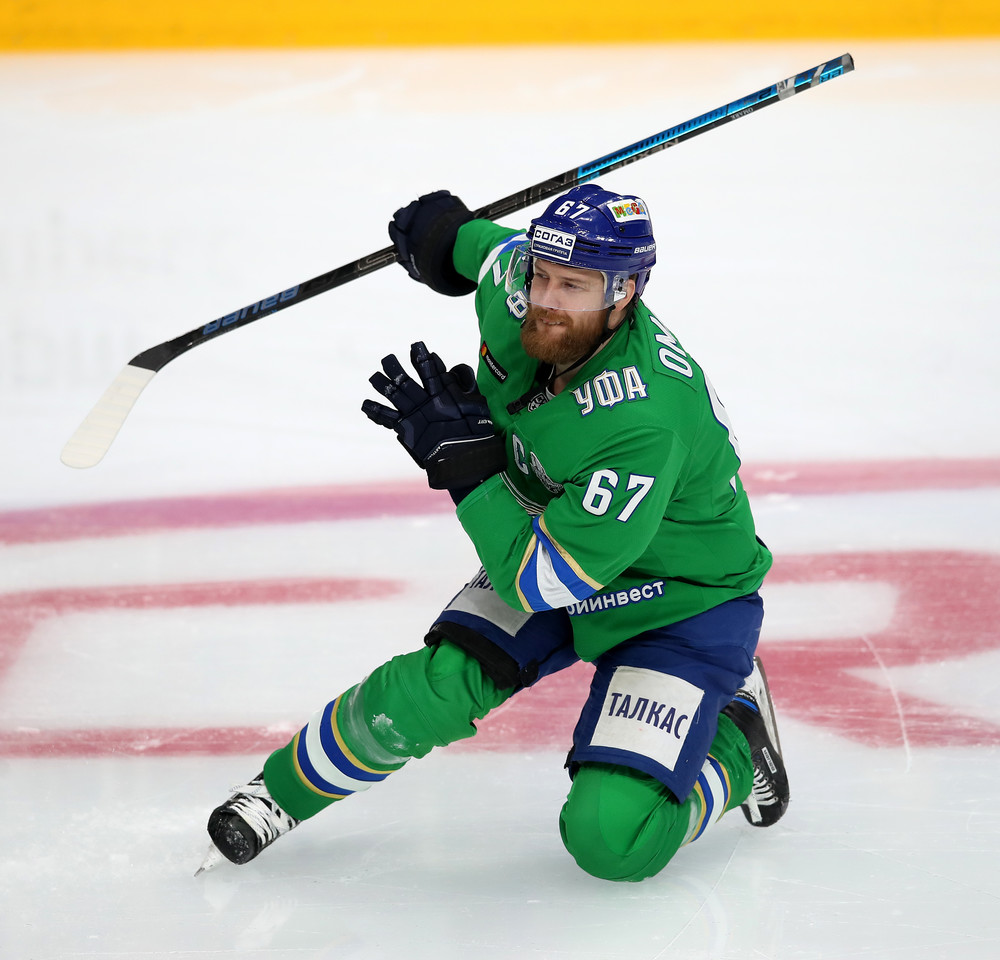